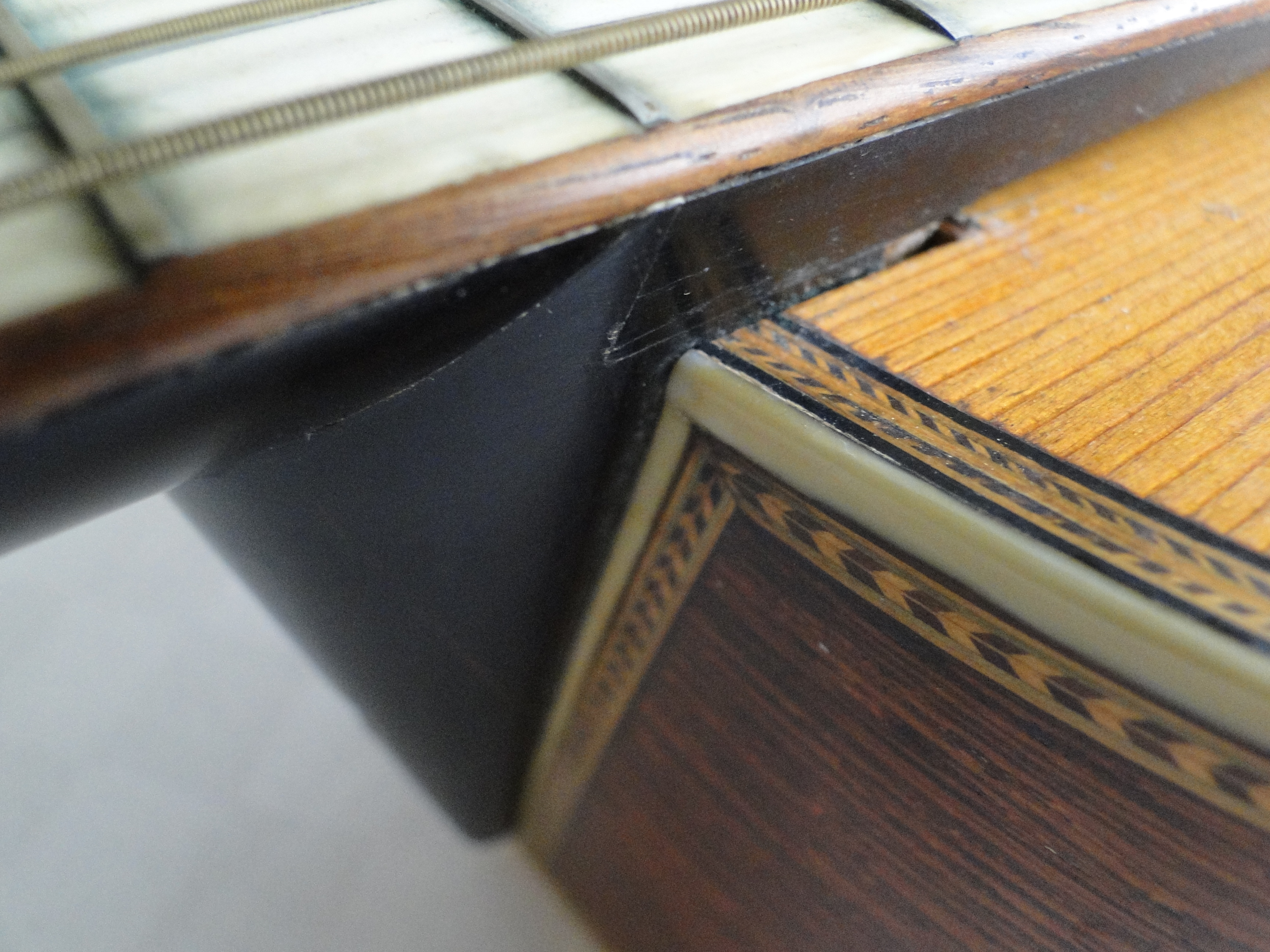 Considering that pre-1840 Martin guitars are so rare it is remarkable that only a few guitars from the end of Martin's stay in New York can help define Martin's activities as his guitars transitioned from the Stauffer to the Spanish shape. This is one of those guitars (see also entries for serial number 1293 and 1304).

The guitar contains a type 7 Martin & Schatz label AND a Ludecus & Wolter label. The Martin & Schatz label came into use shortly after Martin moved to Cherry Hill in June 1839. Since serial number 1293 was one of the last Martin guitars made in New York, it is only logical to assume that serial number 1296 is one of the first Martin guitars made in the Cherry Hill area.

Martin sold his store inventory to Ludecus & Wolter on May 29, 1839. As part of the sale Ludecus & Wolter also received the Martin sales "agency" for New York. Based on the serial numbers it can be seen that the Ludecus and Wolter agency was not successful and they sold very few guitars, no more than ten guitars between May  and August 1839. Martin had a work force of 4 people (himself, C. F. Martin Jr., Henry Schatz and C. F. Hartmann) and could produce 10 or more guitars per month. Since Ludecus & Wolter was only selling 2 or 3 guitars a month, the business relationship could not continue. As a result John Coupa took over the agency, probably in late August 1839.

The single sound hole ring on the inside of the sound hole is typical for 1830s Martin guitars and not at all like the three ring decoration Martin began to use in 1840.

Back and sides: Brazilian rosewood (one piece back)

The chapter on dendrochronology in "The Century that Shaped the Guitar" (Westbrook 2005) convincingly demonstrates the top wood of early Martin guitars is European spruce. The only conclusion that can be drawn is that C. F. Martin Sr. brought a supply of European spruce with him when he emigrated from Saxony. All pre-1840 Martin guitars have  this type of top wood. Since Martin made approximately 400 guitars between 1834 and early 1840 this must have been the extent of his original supply

Herringbone purfling (a fancy sub-type and, unusually, pointing in one direction only

German silver Vienna machines or, as Martin often called them,  one side screws. This type of one side screw differs from the type encountered on earlier Martins. Almost no two have the same engraved pattern. 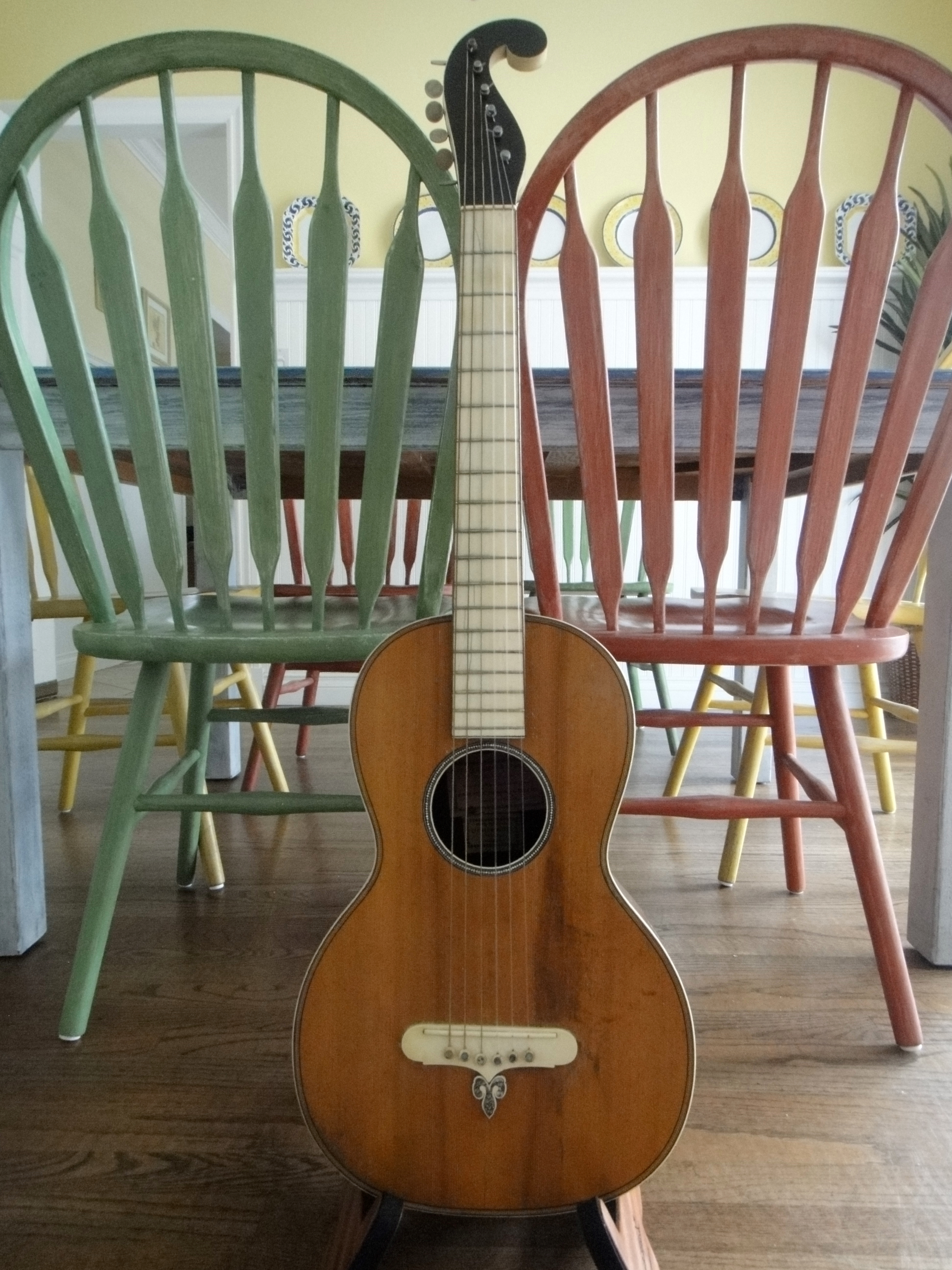 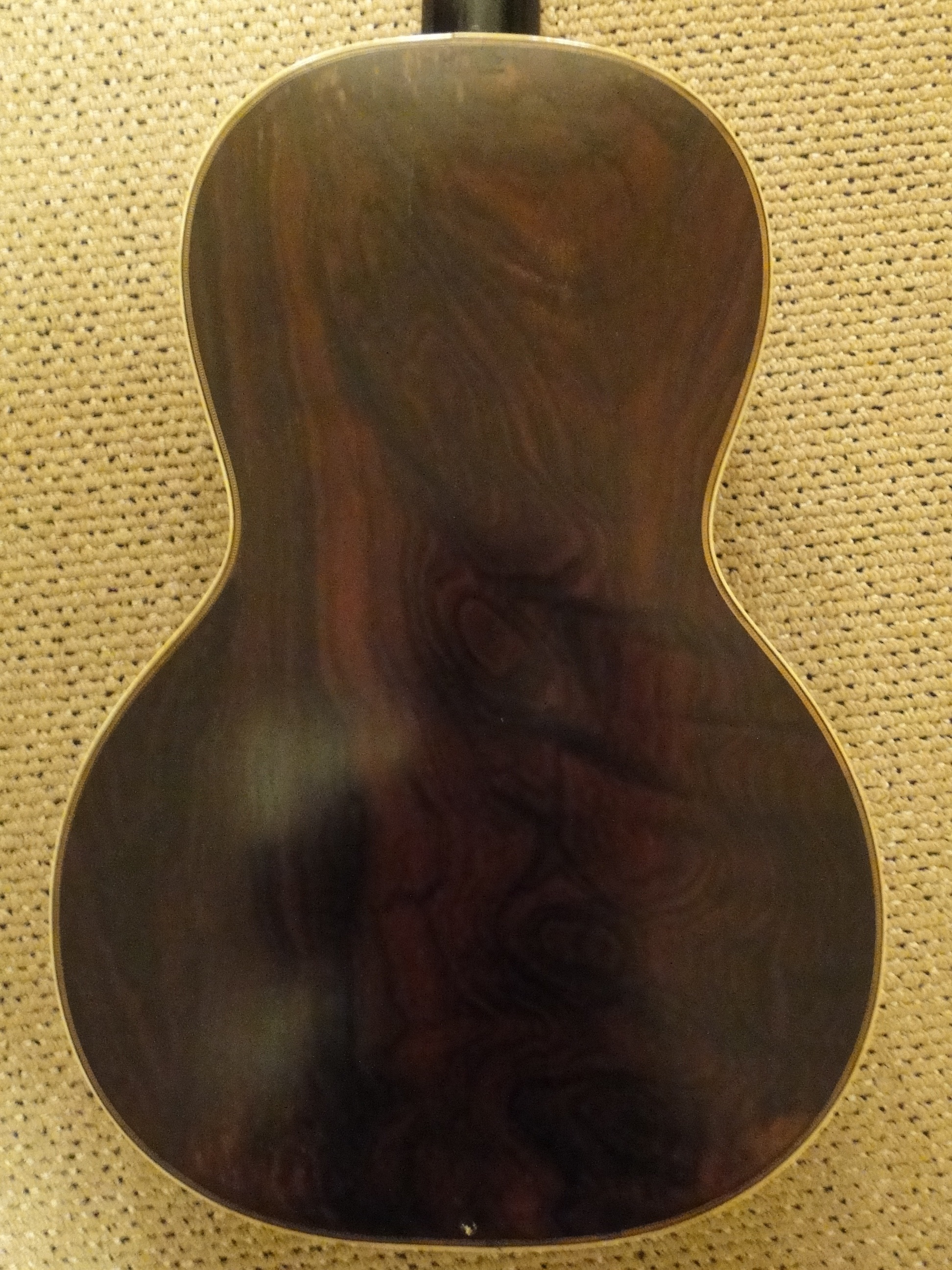 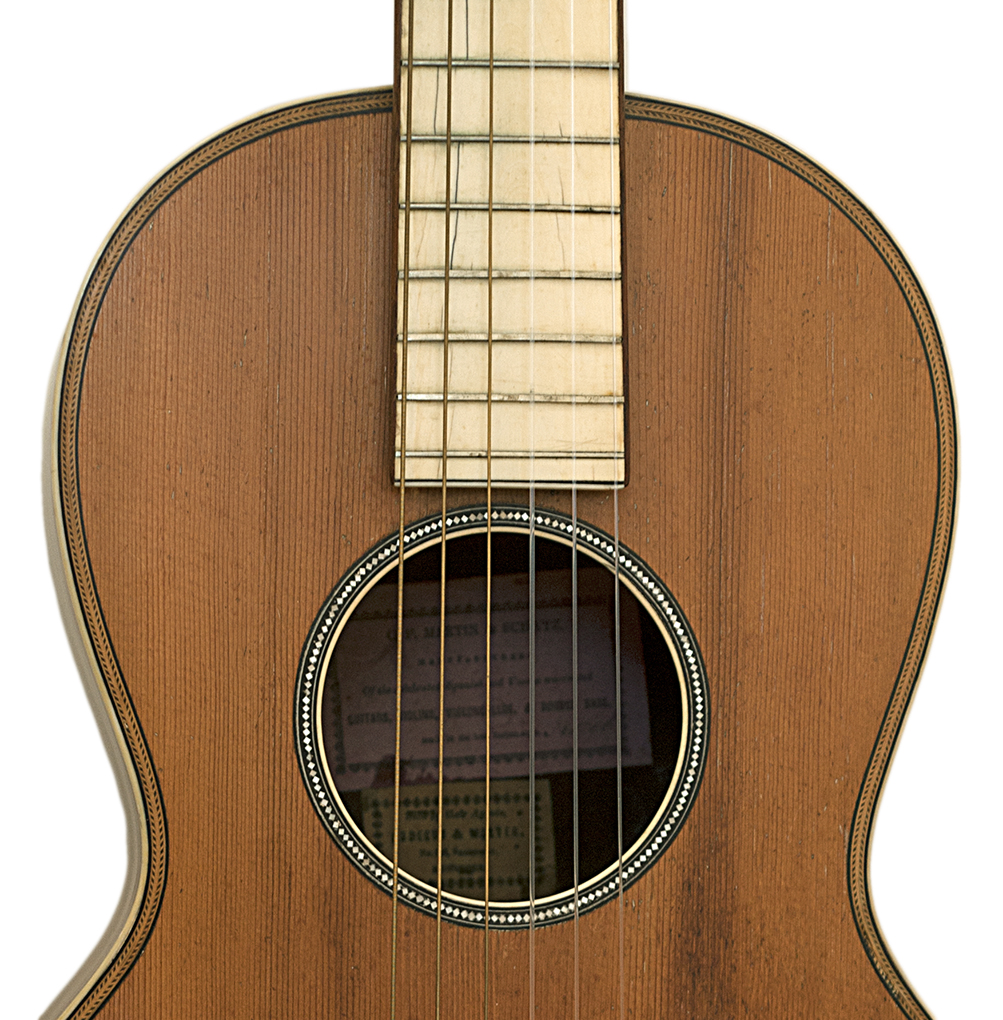 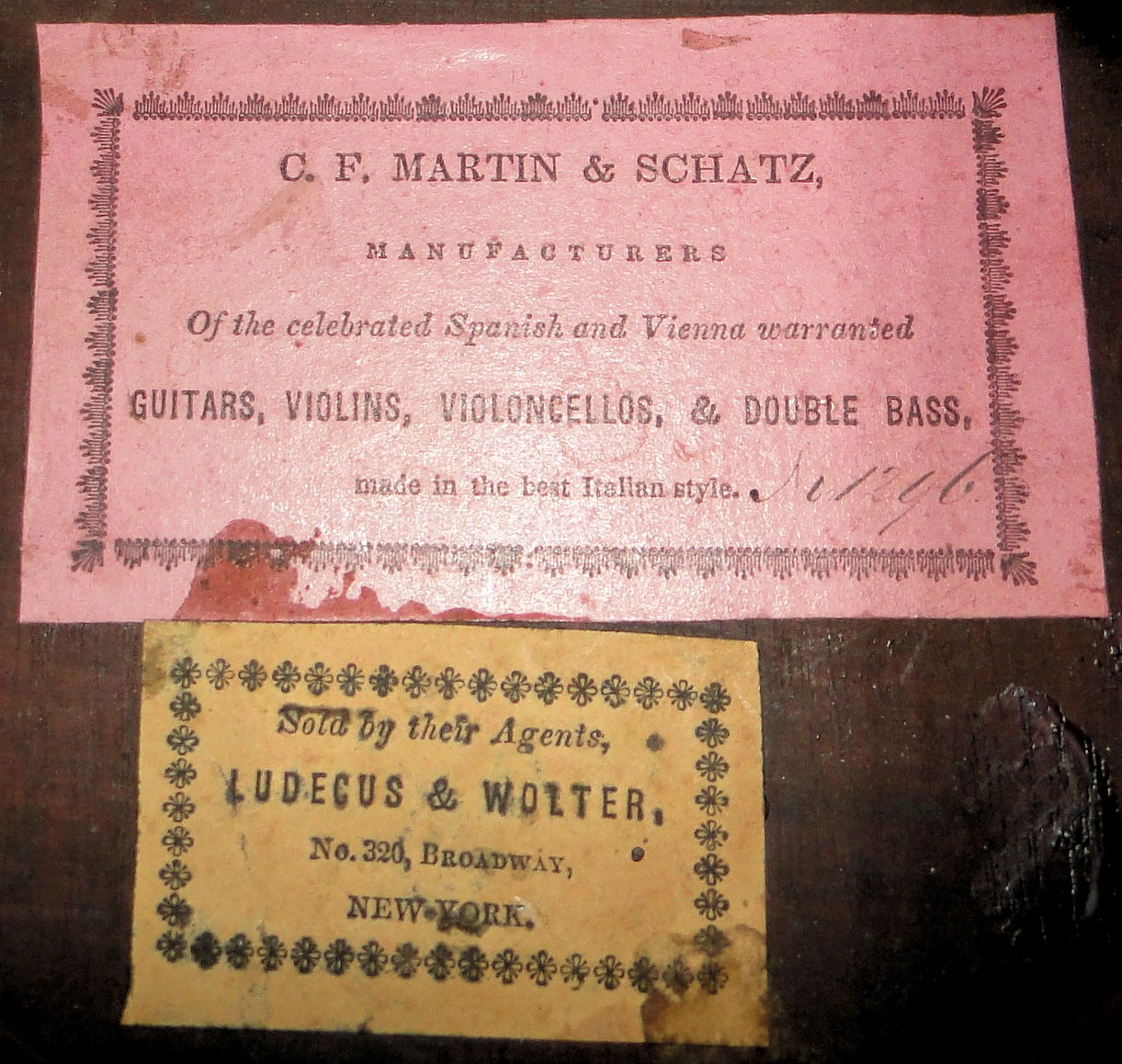 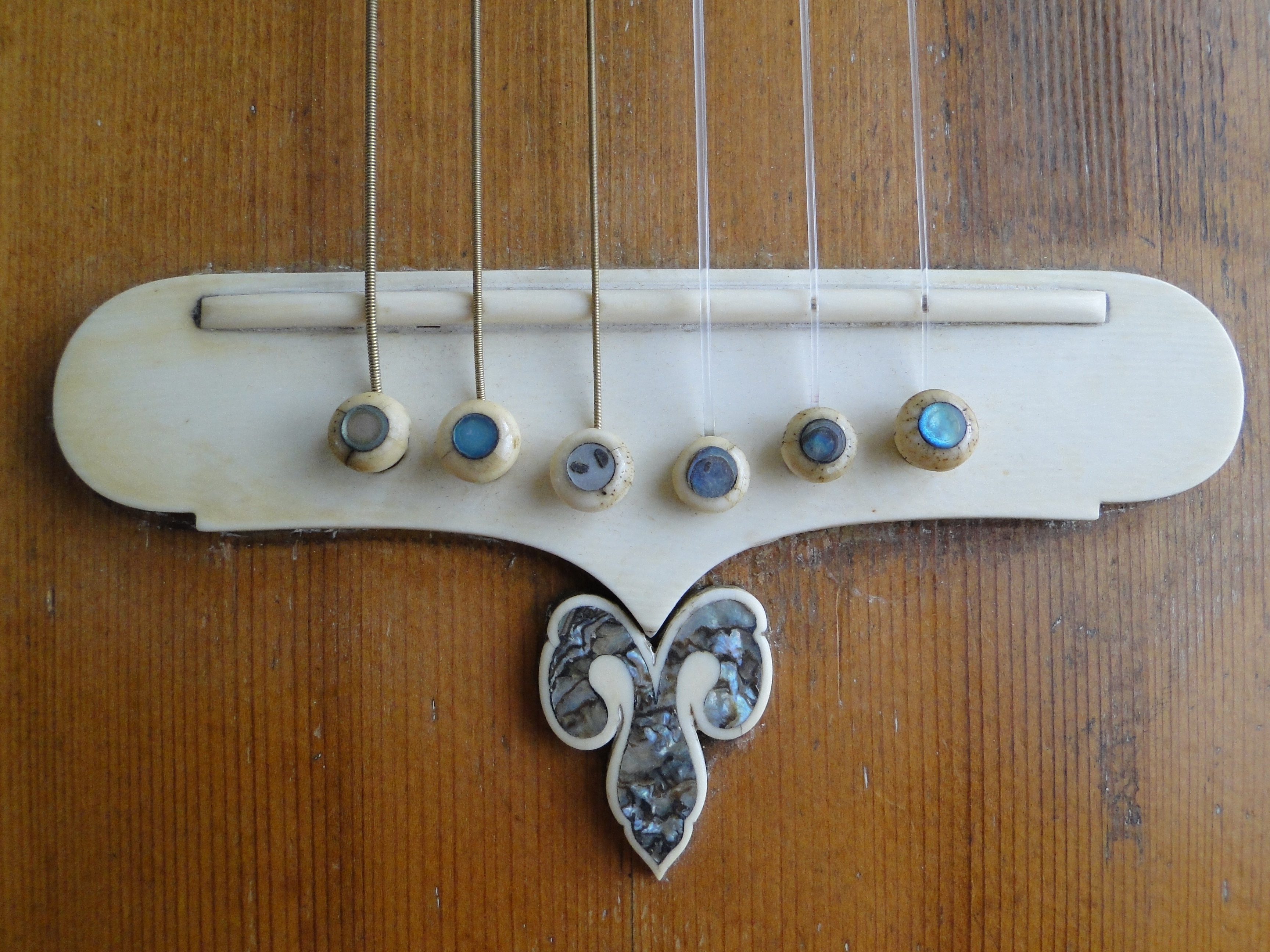 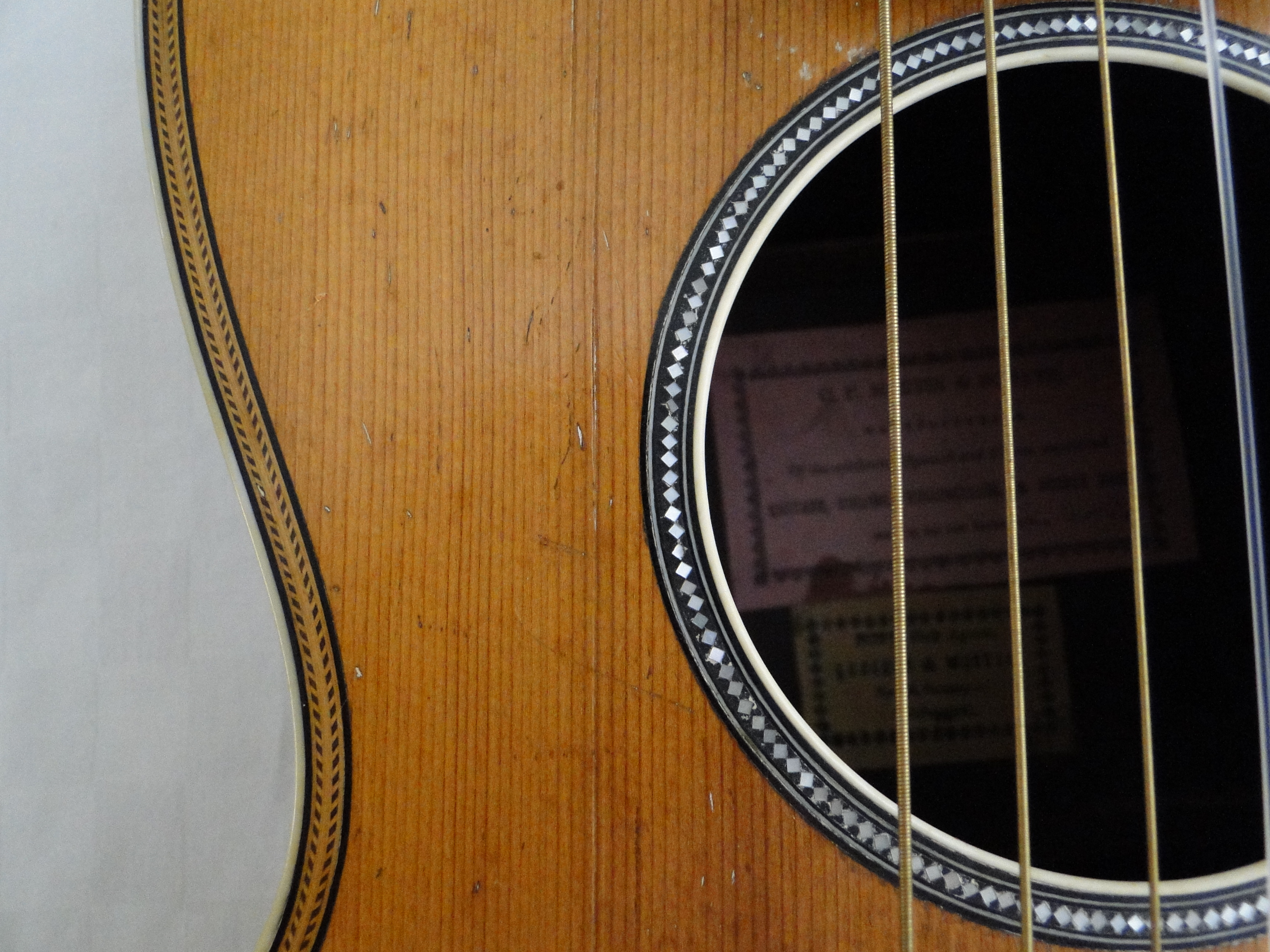 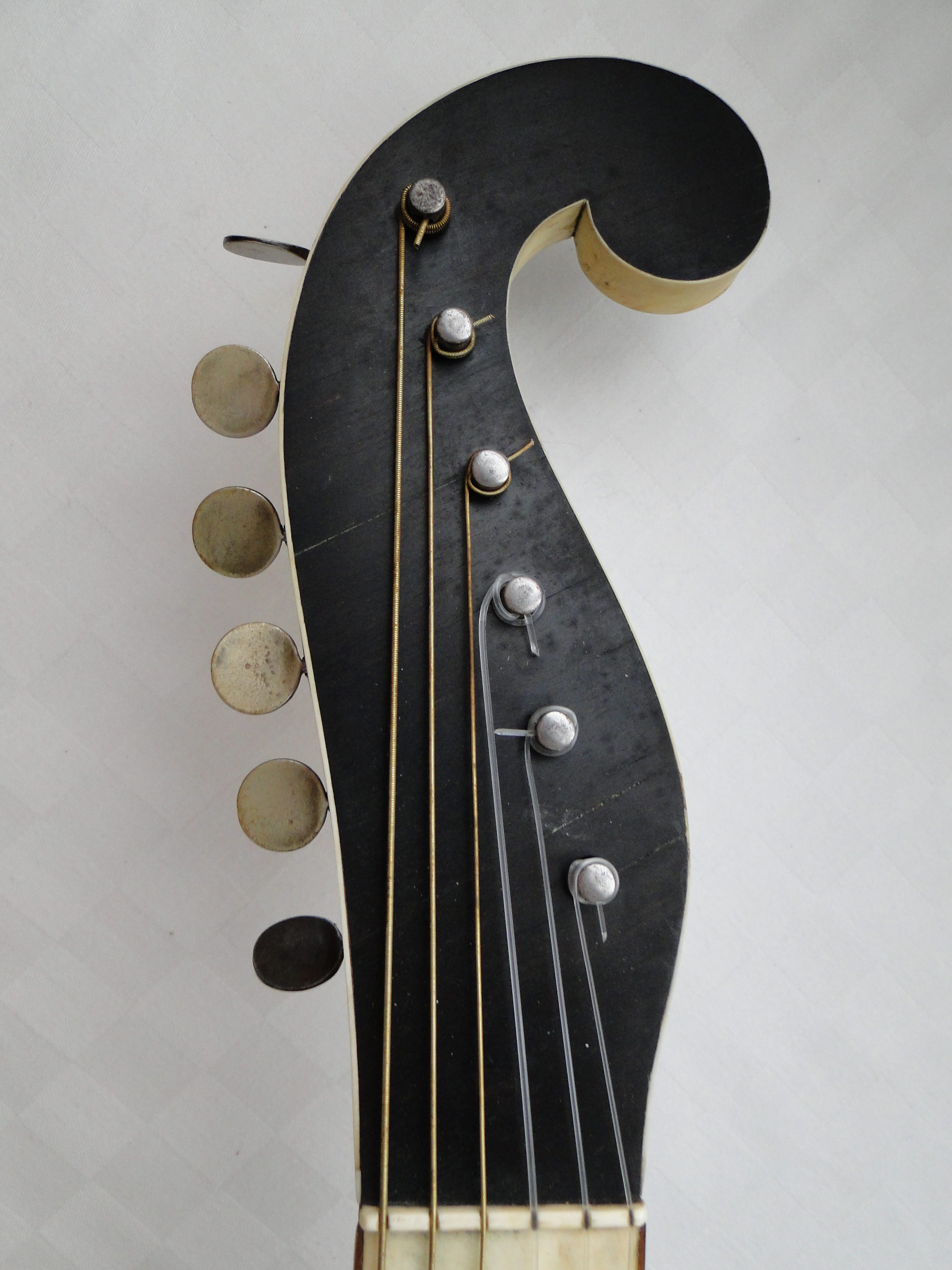 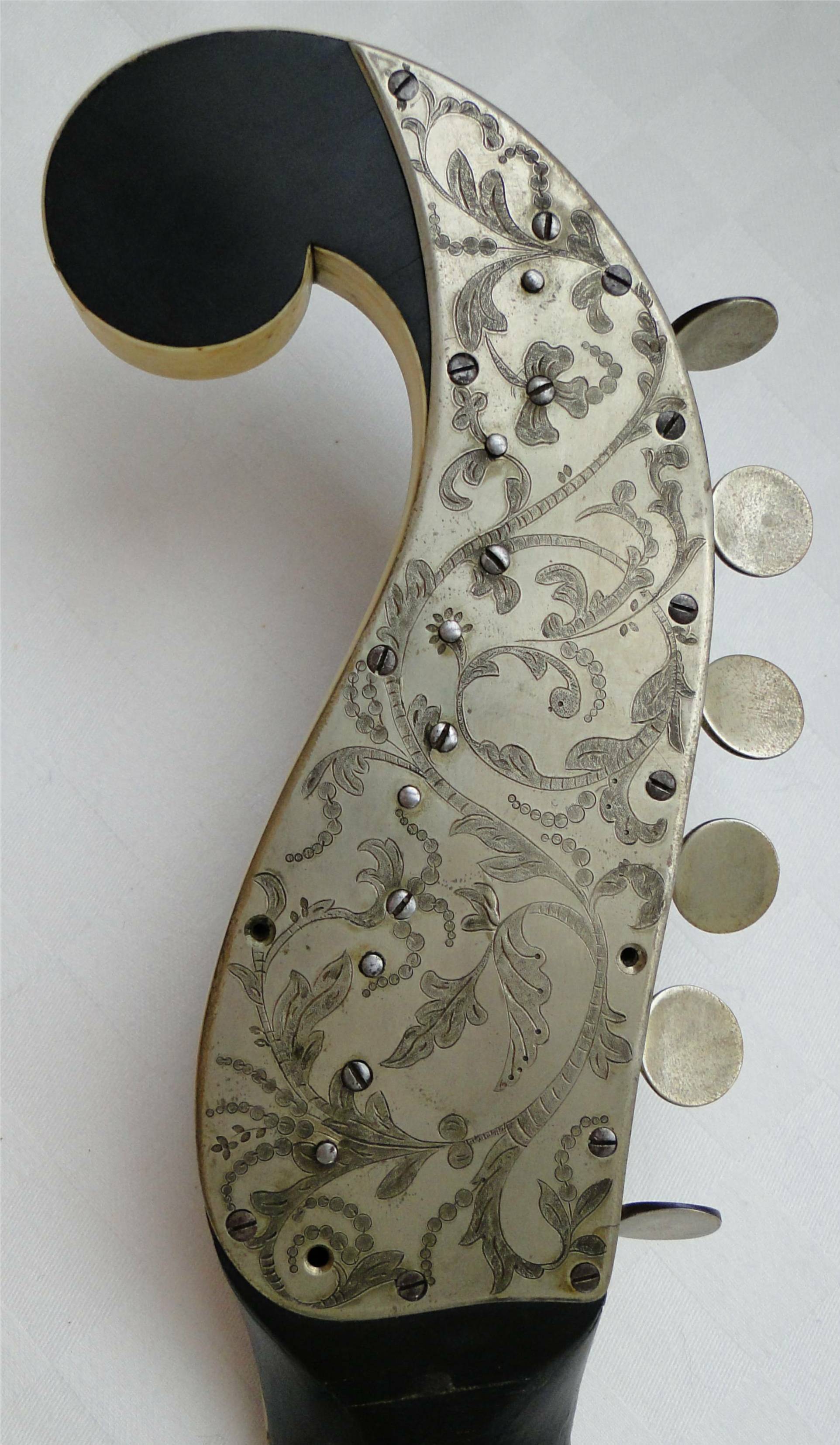 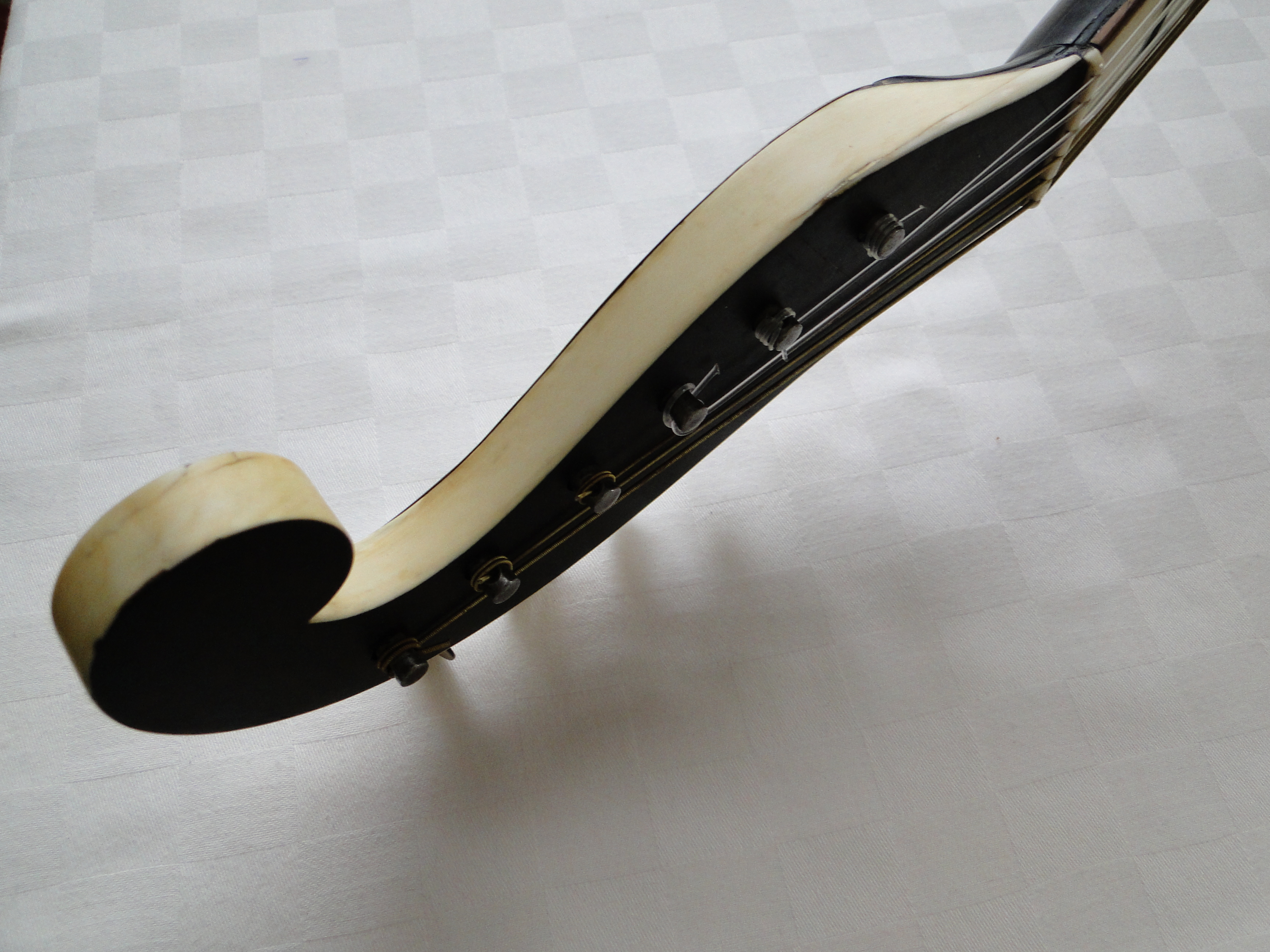 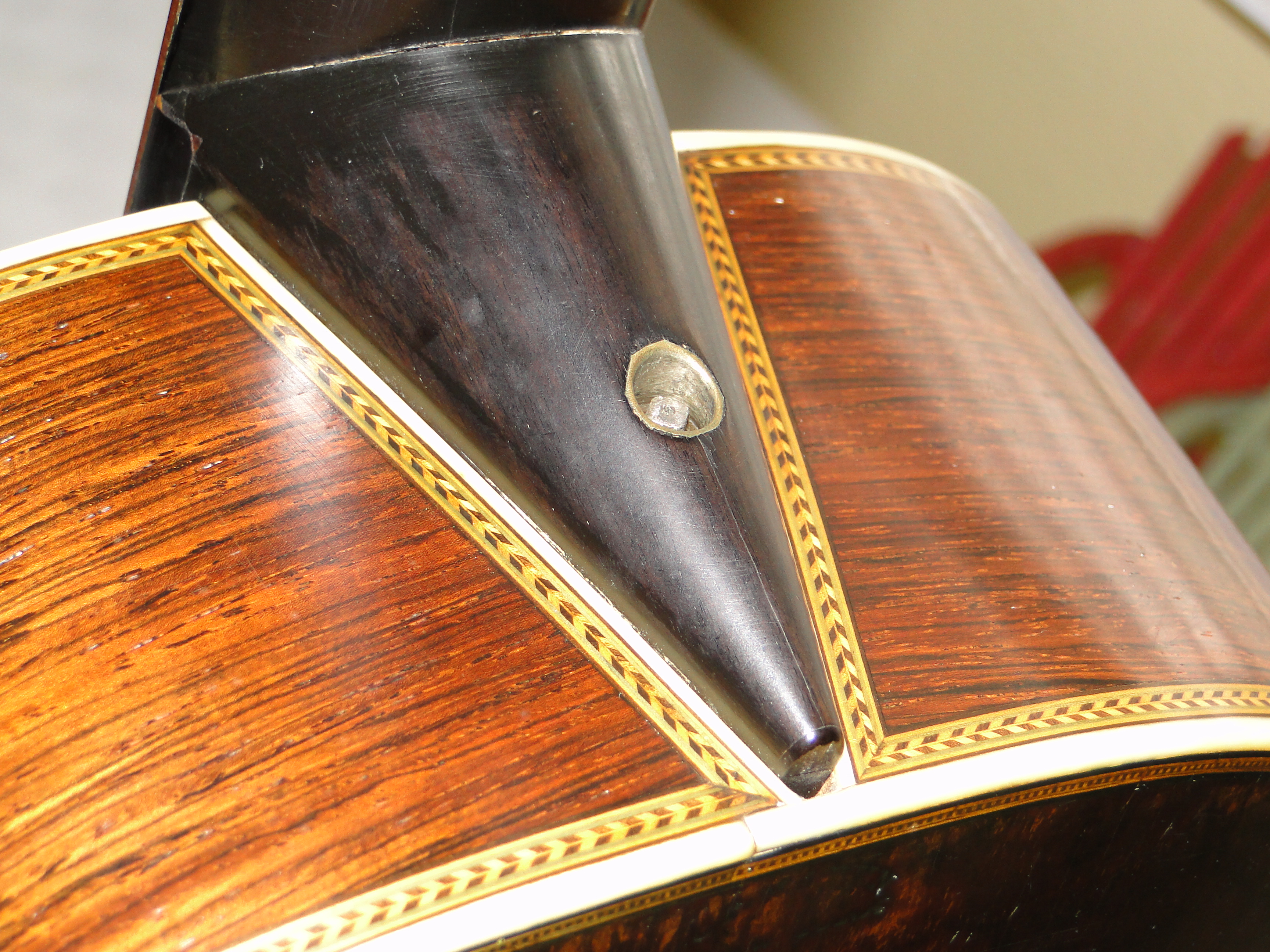