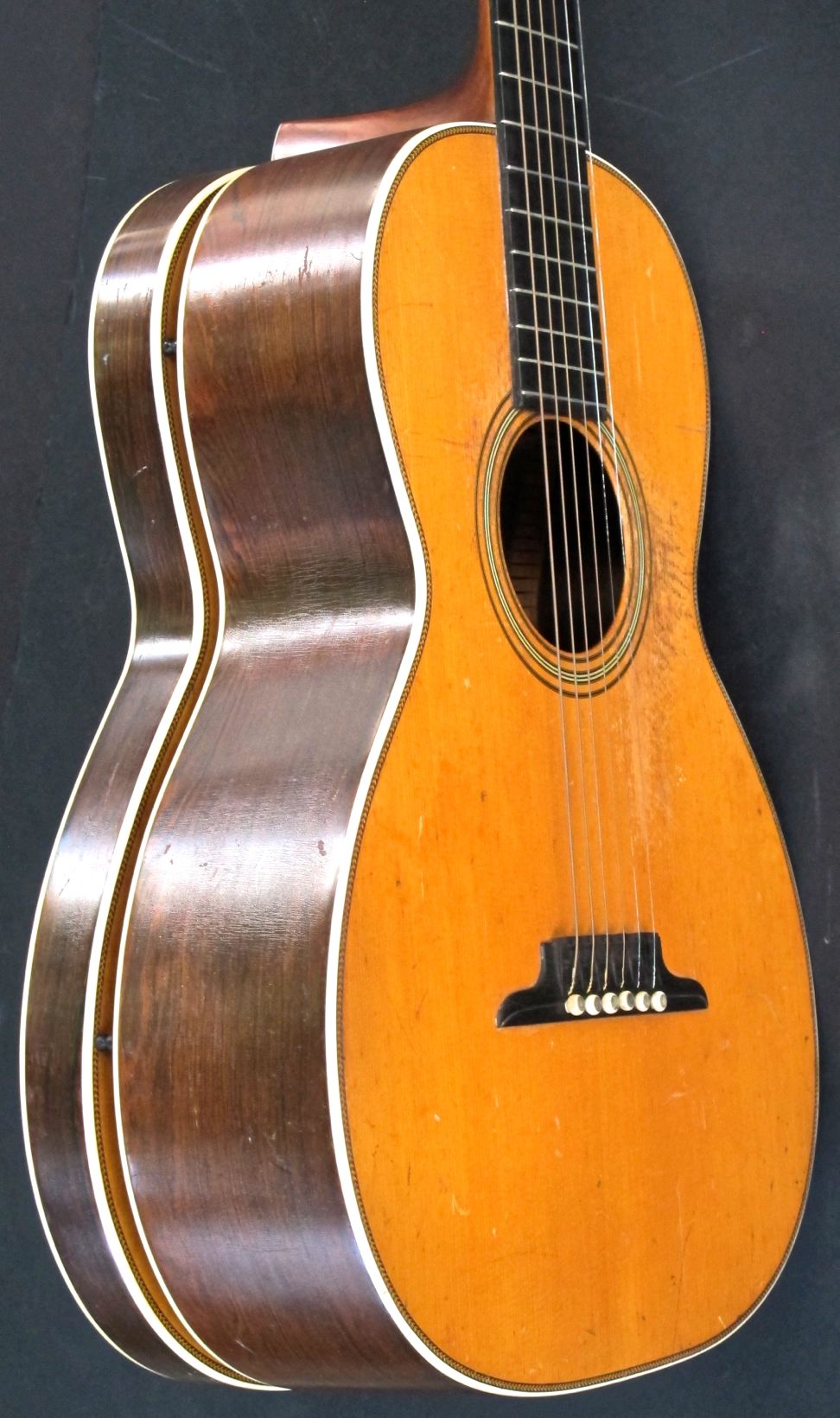 This guitar proves that Martin was not completely focused on their regular product line but would occasionally make a guitar of a radical new design. This "double body" guitar was made for Daniel Schuyler of Bridgeport CT and Los Angeles CA although, in this case, Martin had been aware of this Schuyler design since at least the early 1890s.

The design could not be said to be very successful since only two were built, one was shipped in 1907 and the second in 1909.

As can be seen from the photographs this guitar is quite distinctive as it has a double body; a thin extra body being mounted beneath a regular size body but both being connected by an extended neck heel. Any resetting of this neck arrangement would be pretty risky.

The guitar is based on the 0 body size and was made with style 28 appointments: heringbone purfling, ivory binding, zig-zag backstripe. The only thing that doesn't fit is the one piece neck. Style 28 guitars of the period normally had a two piece neck with a headstock grafted to the main part of the neck by means of a complicated scarf joint, and characterized by a volute glued to the back of the headstock.

The bridge is very unusual ebony affair, probably designed by Schuyler himself.

The machines are a late use of Seidel tuners (probably style #5).

There is no serial number stamped in the guitar and no C. F. Martin stamp on the back of the headstock. Howeve, the guitar does have a "Daniel Schuyler's Model,/"AMERICA"/1906." label glued to the back. The guitar was begun in late 1906 but wasn't actually shipped until early 1907.

Back and sides (for both bodies): Brazilian rosewood 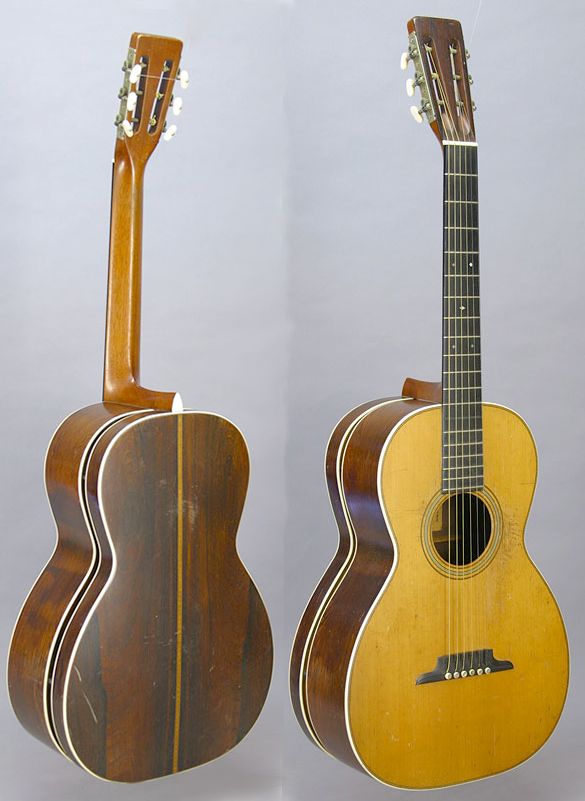 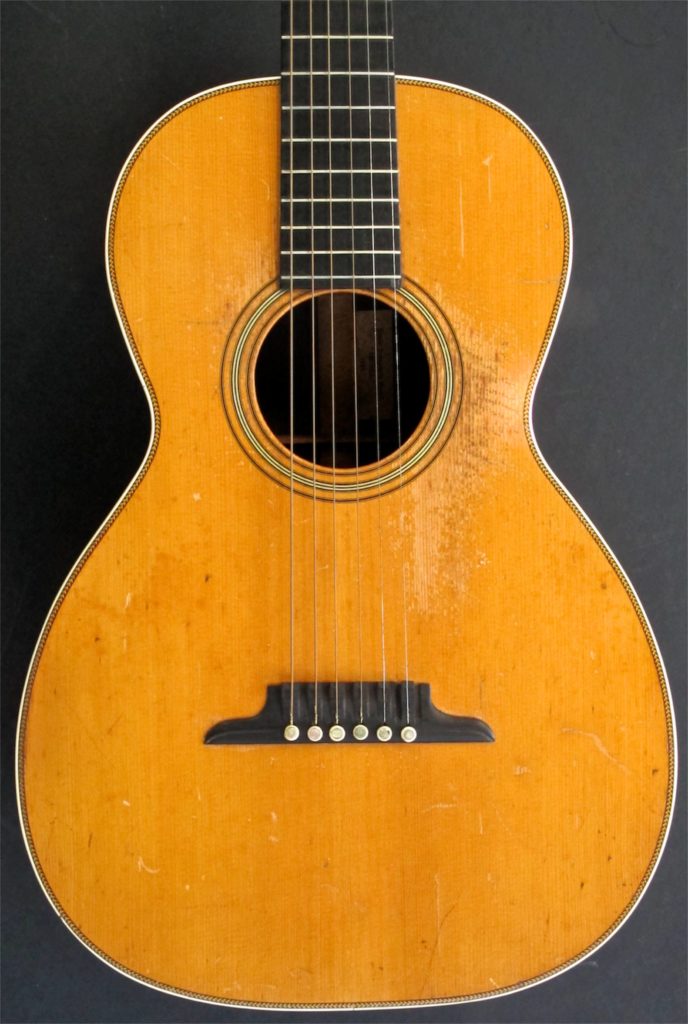 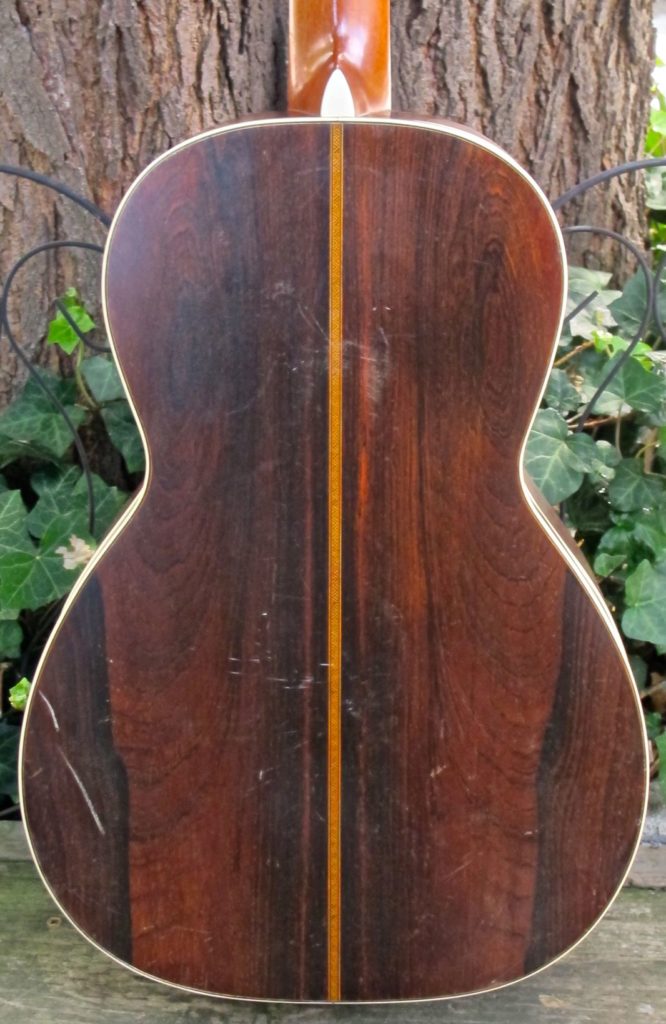 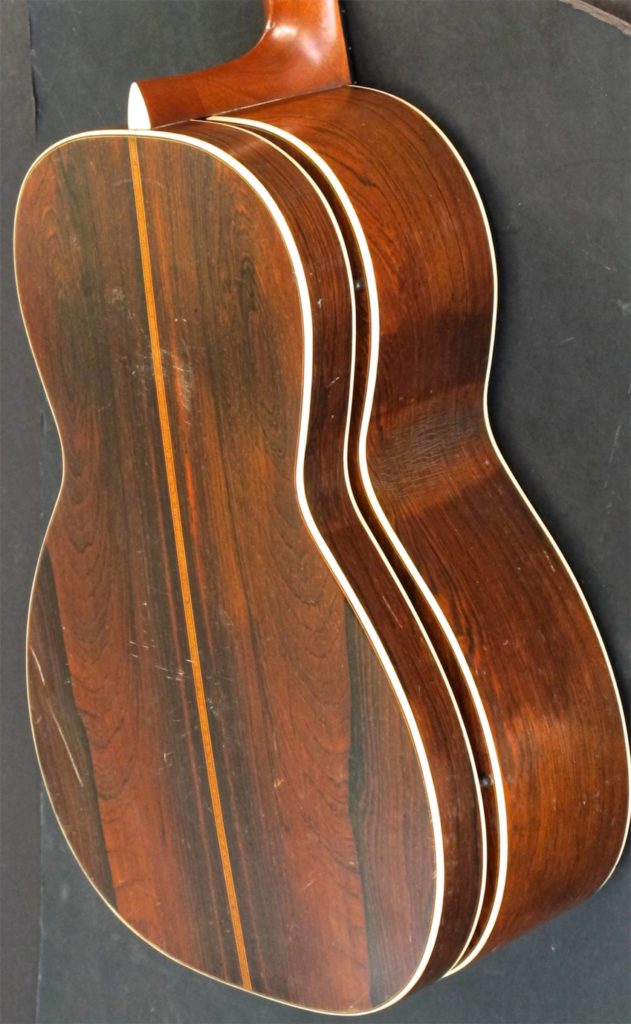 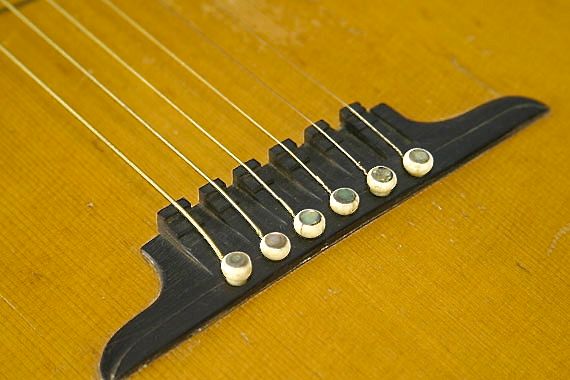 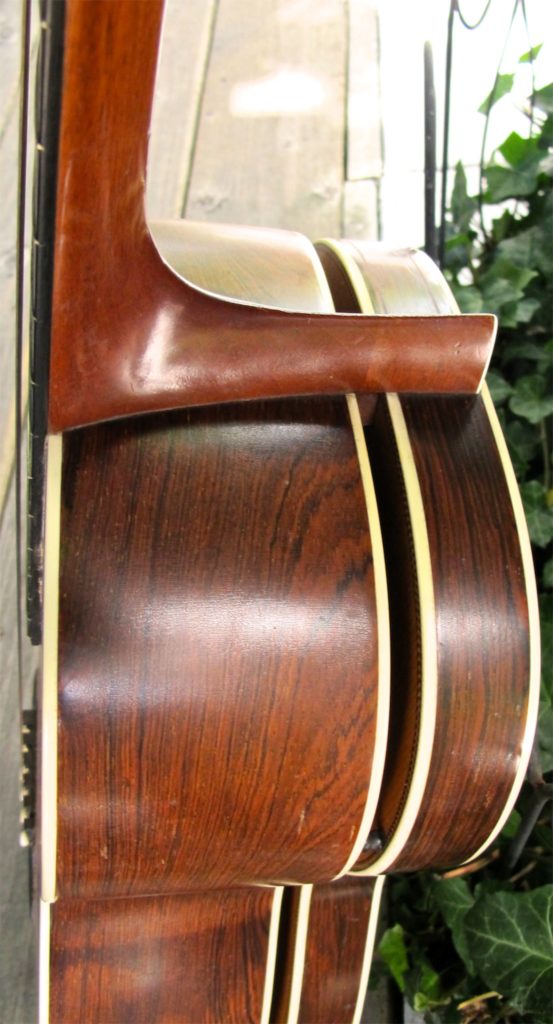 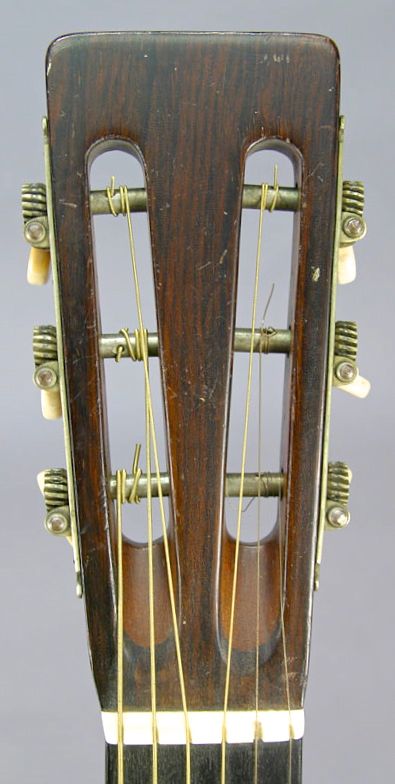 One thought on “1906 Martin “Model America” made for Daniel Schuyler”