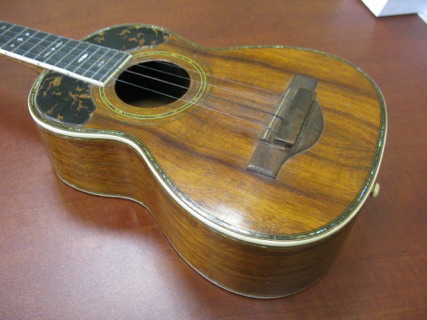 Most Martin tiples seen today are the relatively plain T-17 or T-18 models. But for a short time time in the 1920s a few fancy tiples were made, including this unique T-45K.

The T-45K was made for William J. Smith & Co. in New York. It was William J. Smith who encouraged Martin to add the tiple to their product line and purchased the bulk of the supply early on.

The T-45K has the abalone inlay, fingerboard and backstripe of a style 45 instrument but is missing the "flowerpot" headstock veneer, probably because there was just no space for it. This tiple is the only one made by Martin with a koa body. The pick guards on the upper bout are original and were a special order feature.

The back of the headstock has the "WM. J. SMITH & C0./NEW YORK" stamp. William J. Smith & Co. applied the "U-KA-LU-A" label that can be seen through the sound hole.

Back and sides: Koa 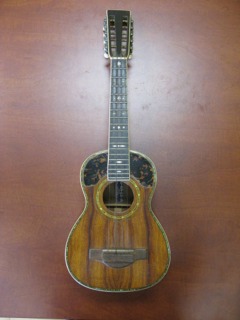 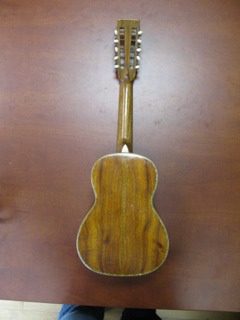 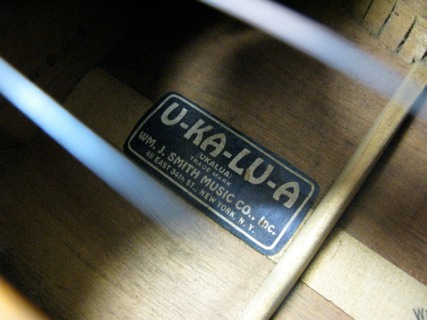 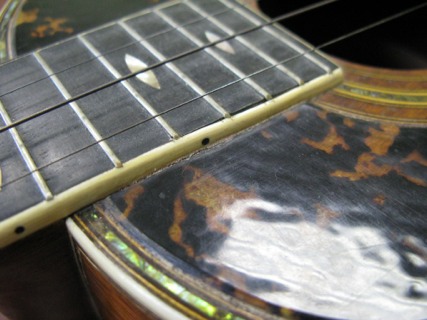 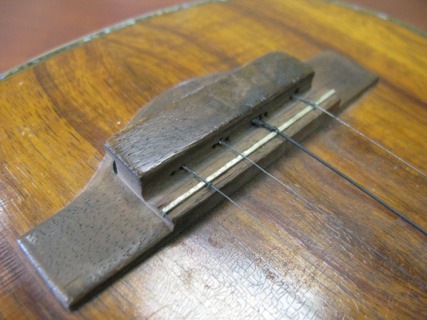 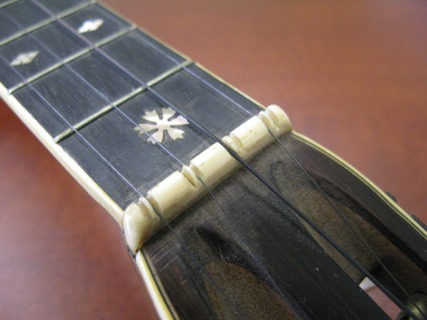 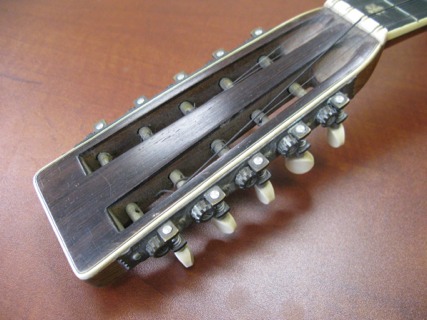 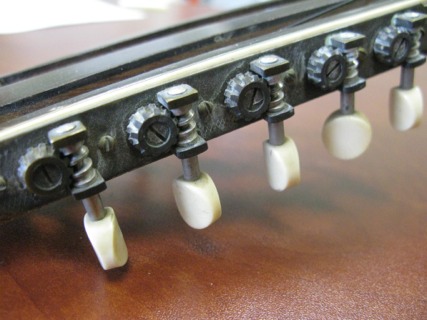 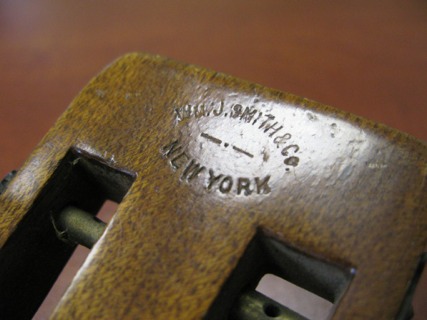 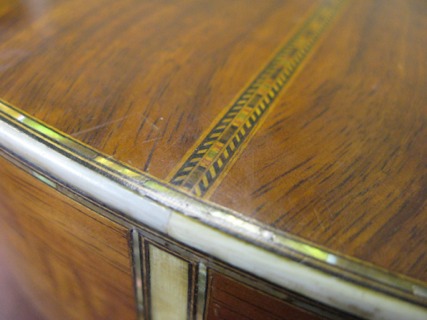 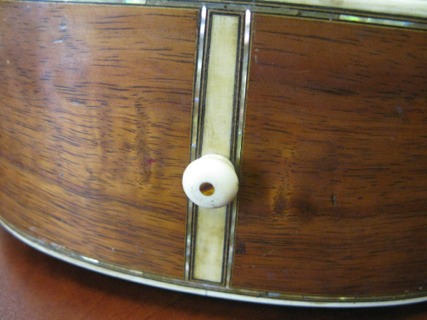 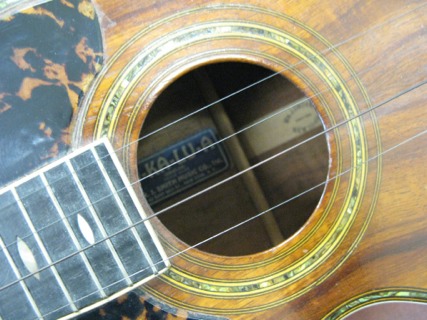