All pre-war Martin D-45 guitars are rare but a D-45 Special guitar considerably raises the bar on the rarity factor.

This guitar was ordered for Austin Wood on March 28, 1942 by the Ludwig Music House of St. Louis, Missouri, although the bookings entry does not mention what special feature was ordered. The Martin shop order for this guitar identifies that the special feature was the name "Austin" inlaid on the fingerboard in script pearl letter. The shop order also notes that this guitar was made a steel T-bar in the neck, the last D-45 to get one. The twelve D-45 guitars made after this one all had the ebony bar neck reinforcement.
The inlaid fingerboard was ordered from the Louis Handel Co. of New York City and was delivered to Martin on April 4, 1942, at a net cost to Martin of $7.18.
The extra large pick guard is not original.
Austin Wood was born in St. James, Missouri in 1916. From 1940 to 1943, he regularly appeared on St. Louis' KMOX as part of its "Big Old Fashioned Barn Dance". Later, Wood recorded with his band, "Austin Wood and His Missouri Swingsters".

Purfling: Pearl strips on top, back and sides

"Austin" inlaid in the fingerboard in script pearl letters 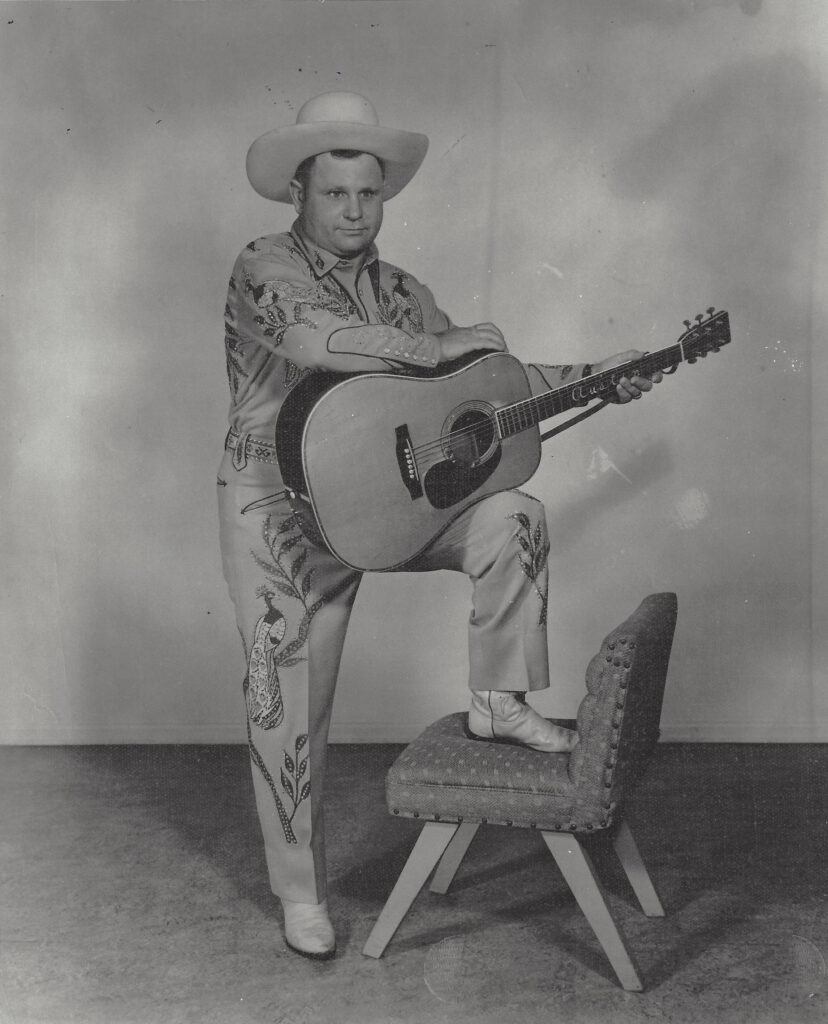 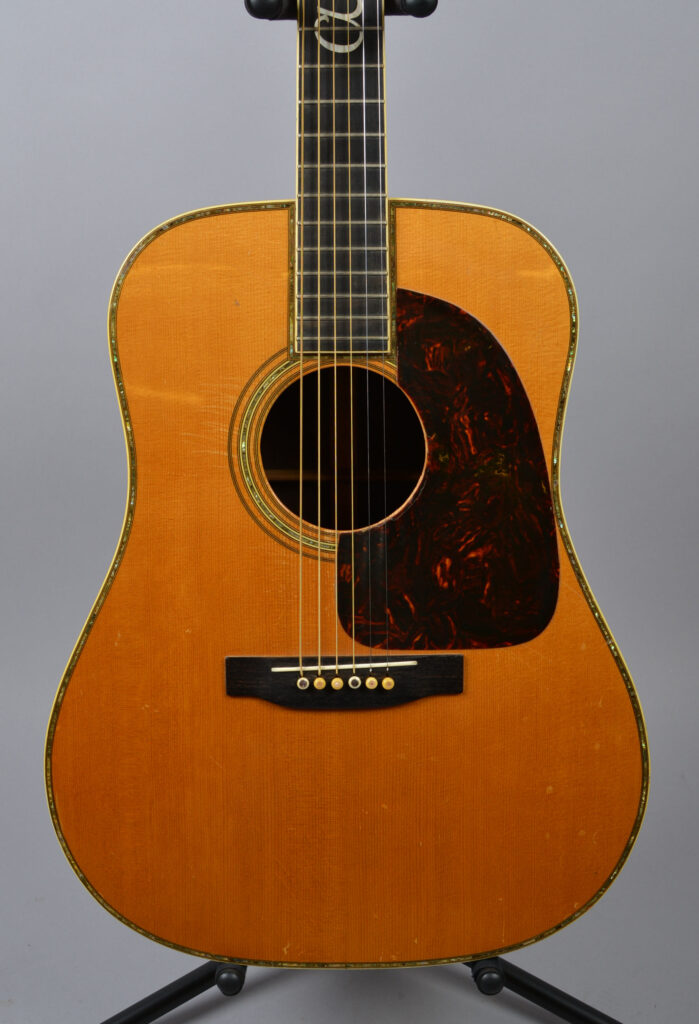 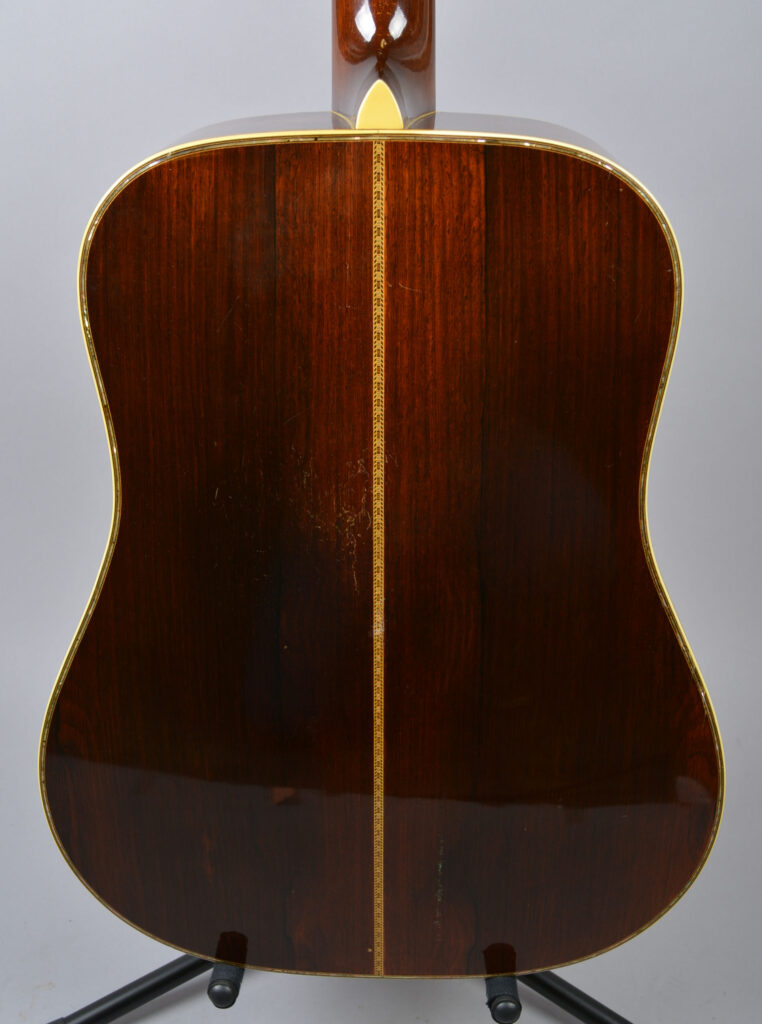