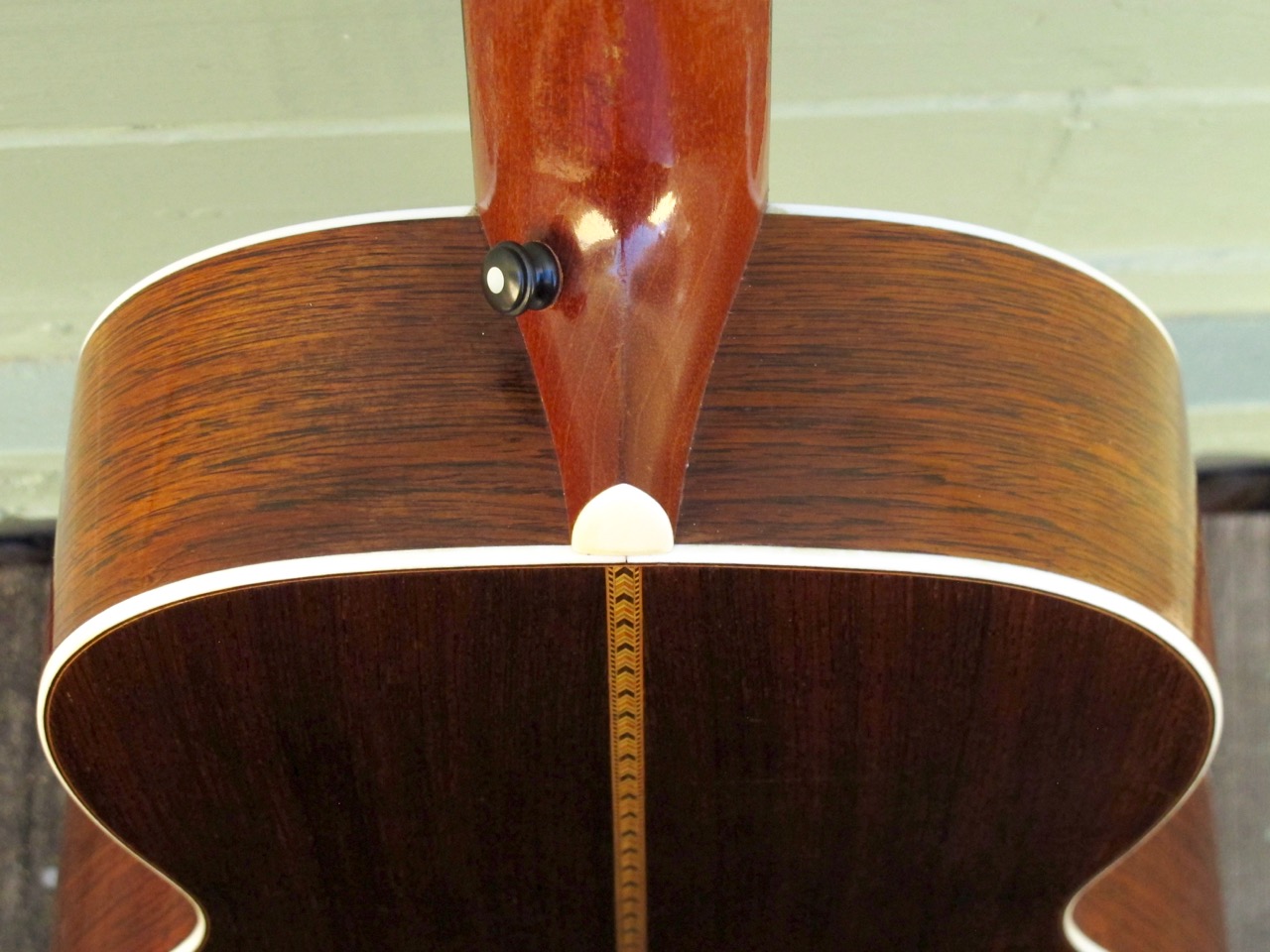 Martin guitars did not have serial numbers before 1898 but from about 1885 many guitars were dated in pencil (or crayon) under the top. This guitar is dated in 1892.

The 00-28 model was Martin's largest "professional" guitar at the time. This guitar originally had ivory friction pegs which have been replaced with moden machines. Many professional guitarists in the 1890s preferred friction pegs over machines. Gut strings were almost universally in use but were very inconsistent in quality and often broke. Friction pegs allowed a quick replacement of strings compared to tuning machines so it is little wonder guitarists preferred the friction pegs.

"C. F. Martin" stamp on back of headstock 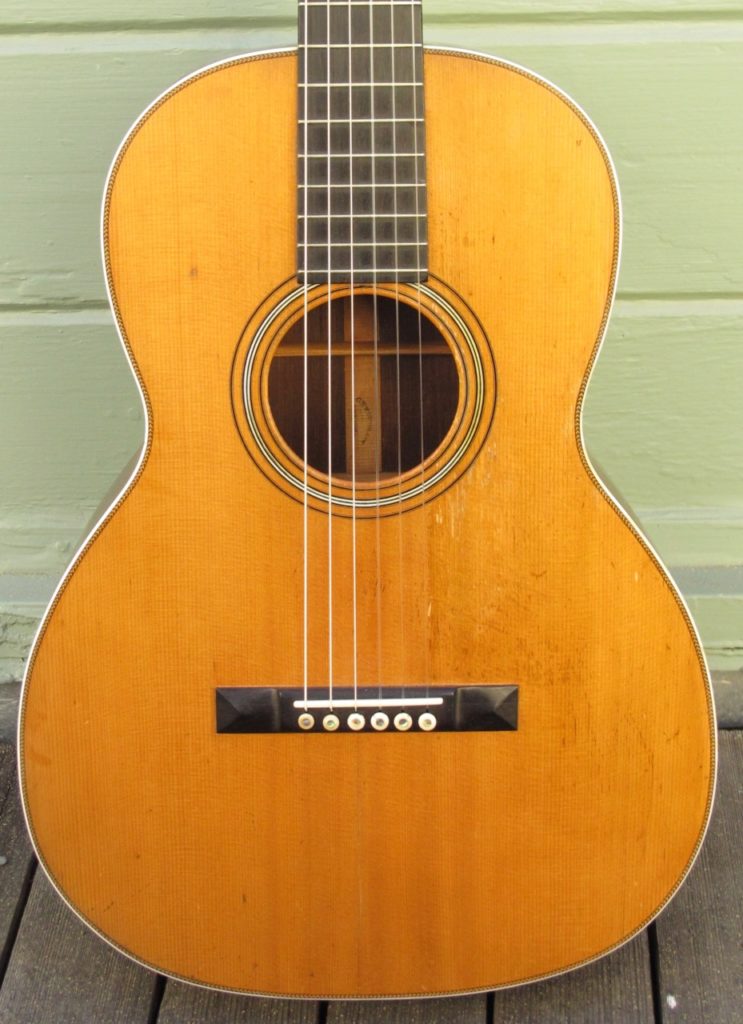 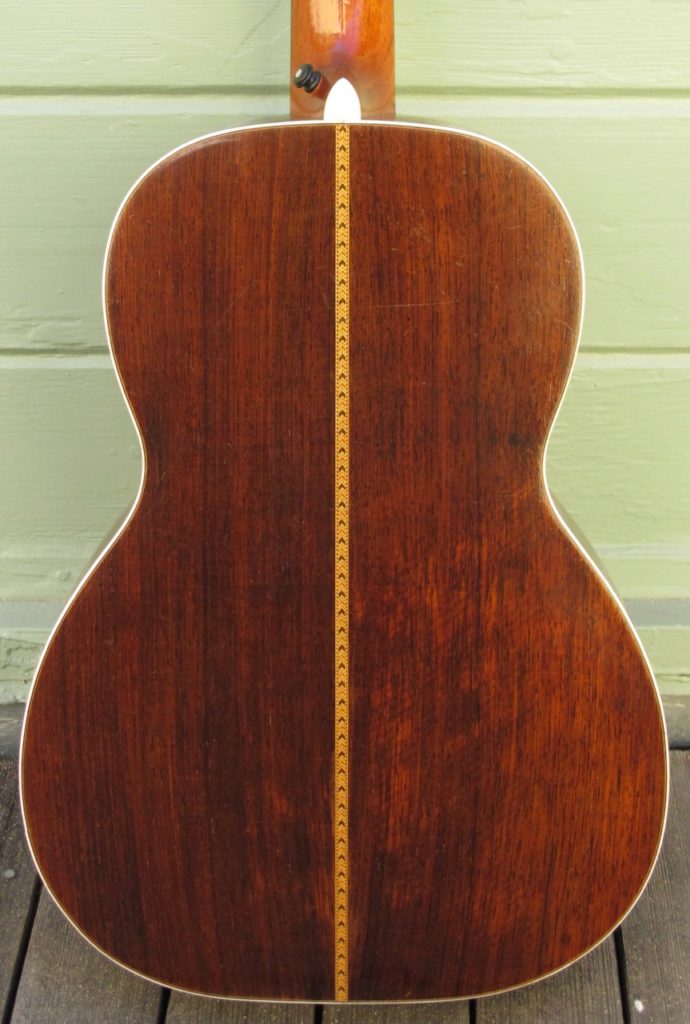