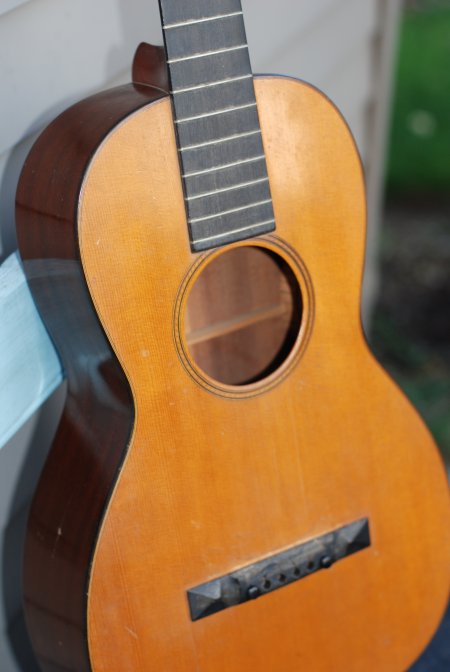 This is  a very rare guitar made by Martin for Wanamaker's Department Store, which had branches in Philadelphia and New York.

The Wanamaker store in Philadelphia started buying instruments from Martin in 1904. From 1907 to 1910 some guitars were also purchased for the New York branch. Wanamaker continued to buy Martin guitars, mandolins and ukuleles until 1939, mostly for the Philadelphia store although a few were occasionally shipped to the New York store. 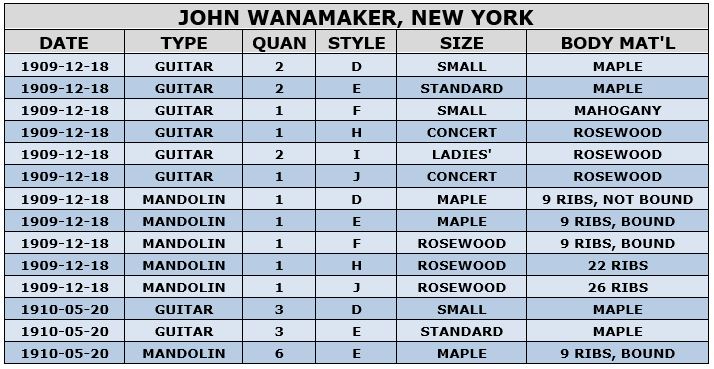 The “ladies” size guitar were probably size 2½ while “small” size were size 2. “Normal” referred to size 1 and “concert” to size 0.

The instruments had no Martin markings but received a Wanamaker stamp, of which two varieties are known. The TYPE 1 stamp was used at the Philadelphia store and the TYPE 2 stamp at the New York store. The guitars, and probably the mandolins, did not receive serial numbers.

This guitar has a mahogany body and was probably meant to be size 2 although several dimensions are slightly smaller than would normally be expected.  There were only two Wanamaker Style F guitars made, one each for the two branches.

It will be noted is slightly different from a normal Martin guitar as it has a "Chicago" style pyramid bridge and a single ring rosette.

Since it has the type 1 Wanamaker hand stamp on the neck block, it must be the style F shipped to the Philadelphia store on December 18, 1909. 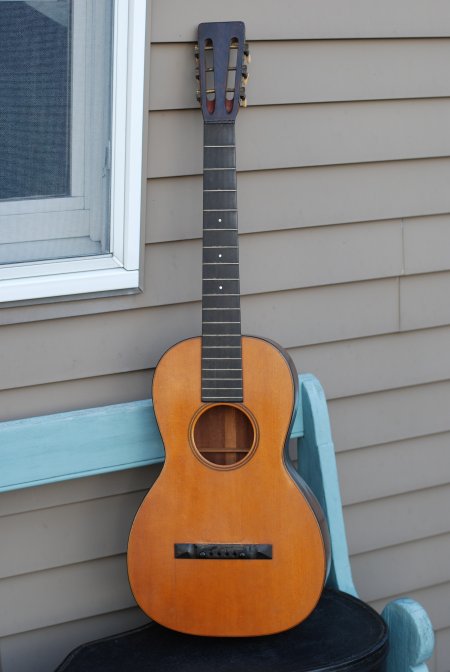 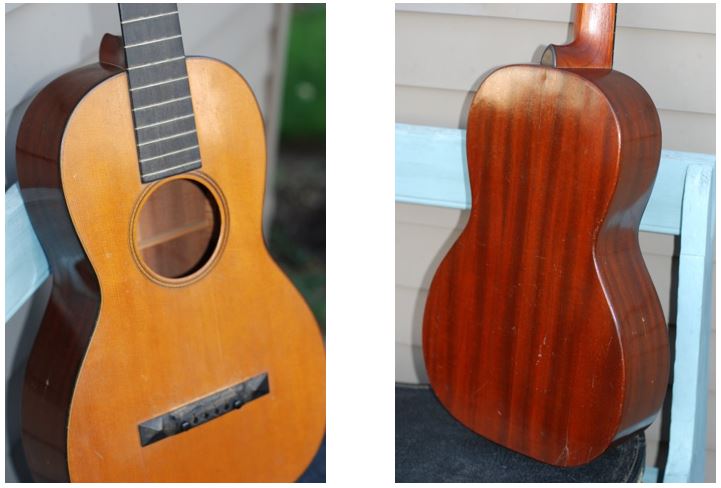 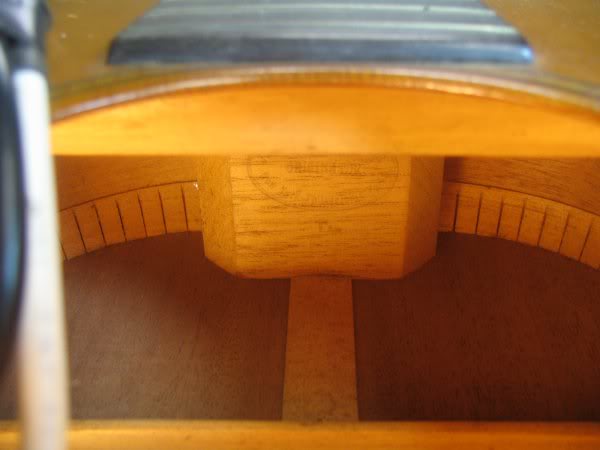 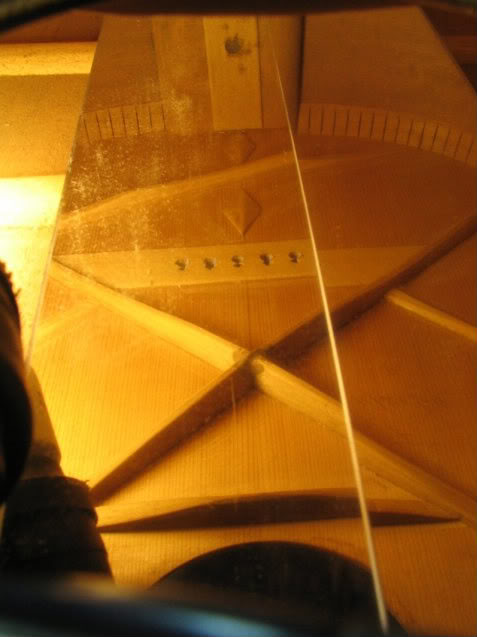 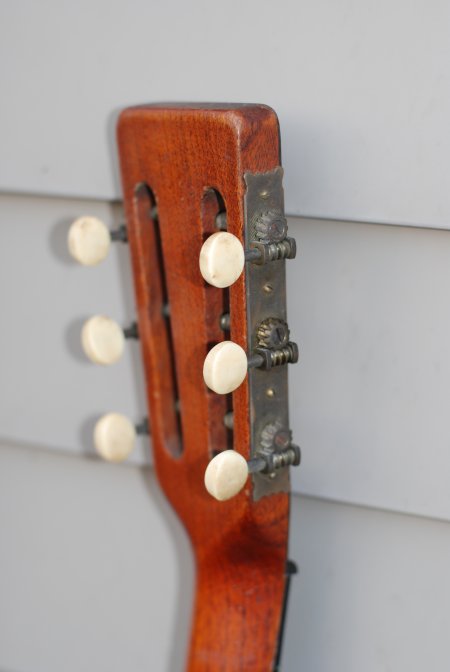 No C. F. Martin stamp on back of head stock