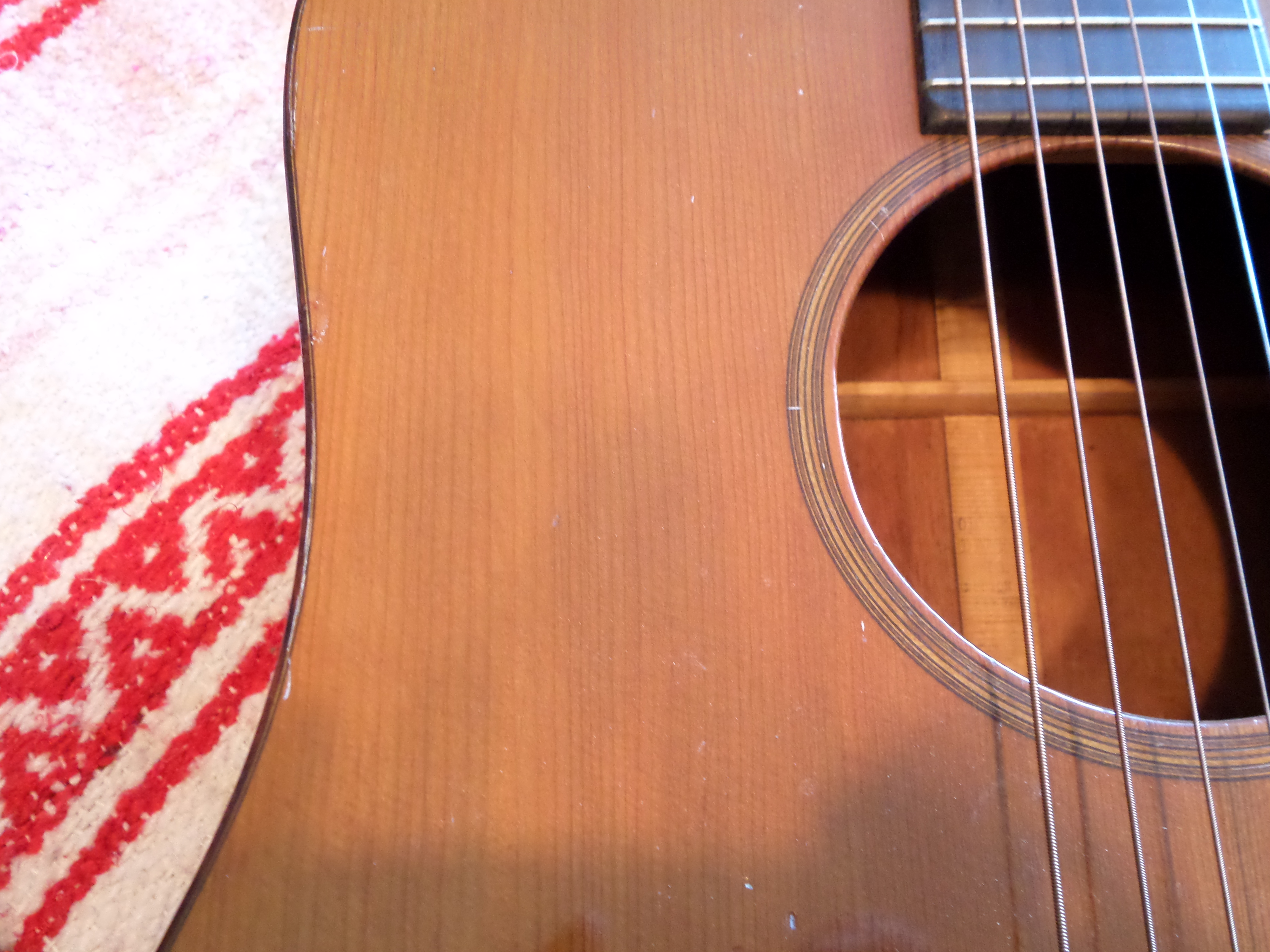 Here is a guitar from the very beginning of the Dreadnought era!

The last photo shows a map of the top thickness at various points. It will be seen that the thickness measurements are much higher than later Dreadnought guitars. It appears that the starting thickness of the top was 1/6″ resawn spruce veneer (roughly 0.165″) whereas later Dreadnoughts began with 1/8″ (0.125″) spruce veneer. The heavy fan bracing and thick top were the result of Martin designing the Dreadnoughts  to resist the high tension expected for steel Hawaiian strings.

It may be noted that the pyramid bridge appears wider than usual. It may be a replacement, although it looks original, or it may be another adjustment Martin made to handle the increased string tension. 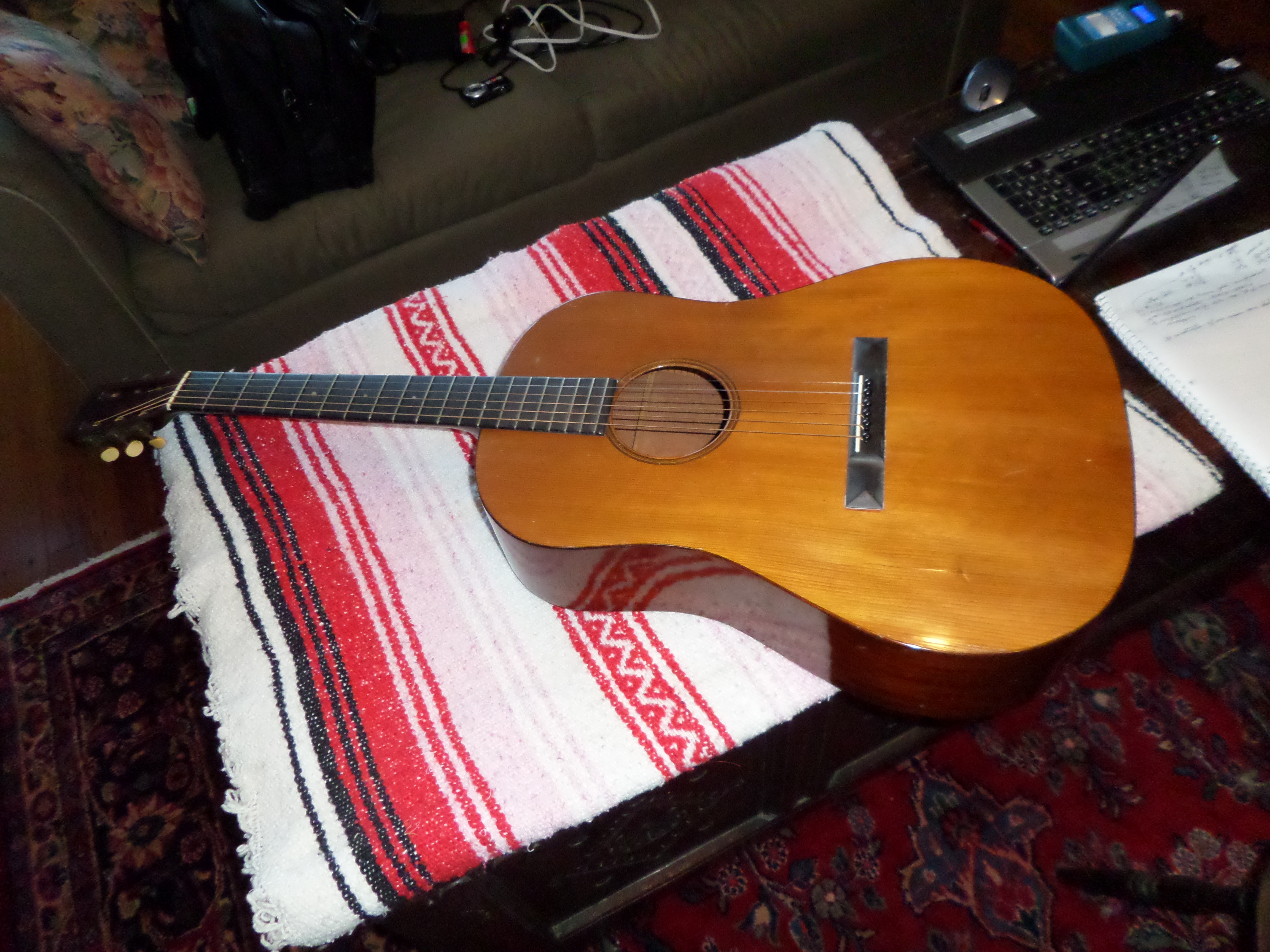 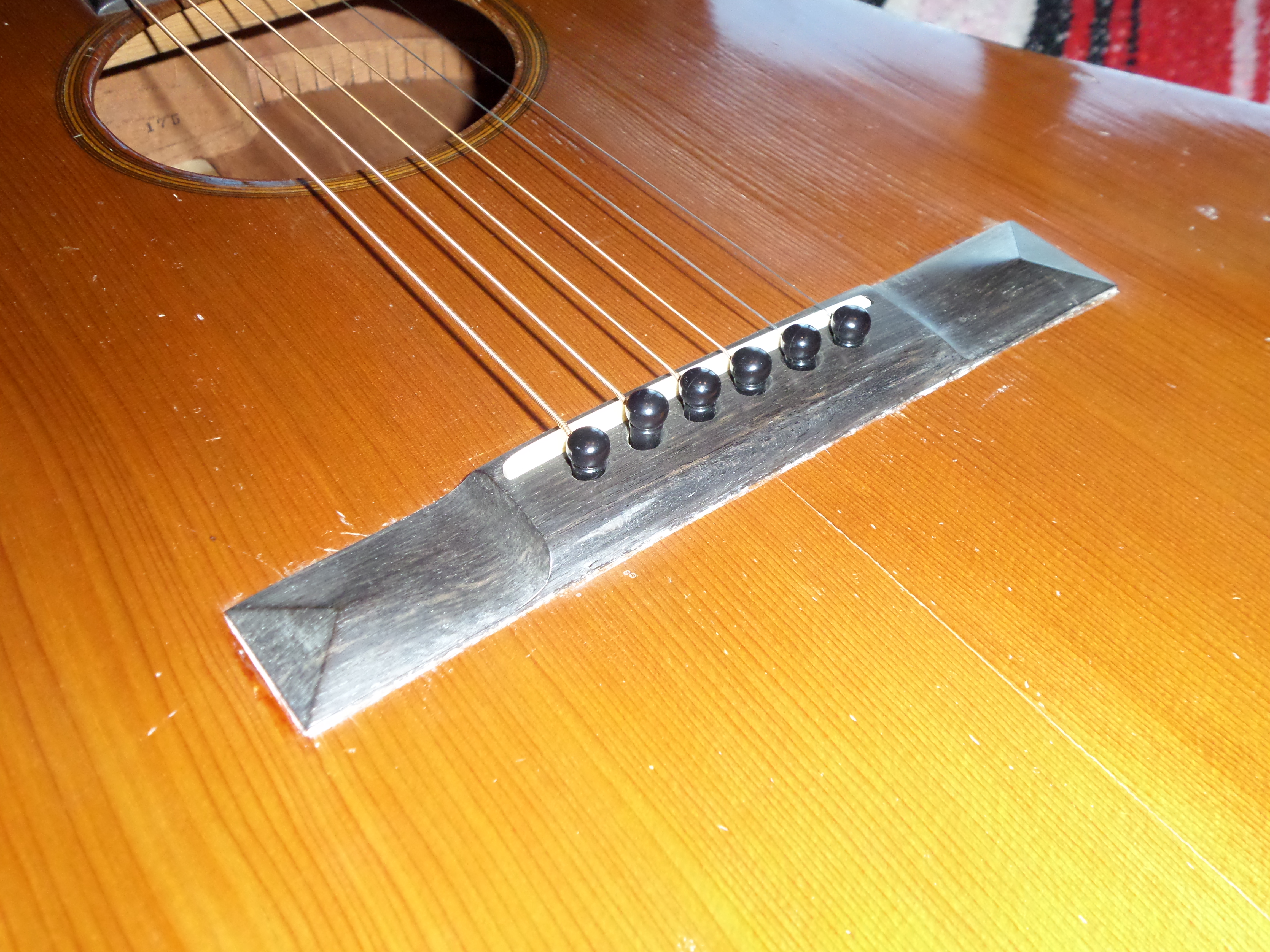 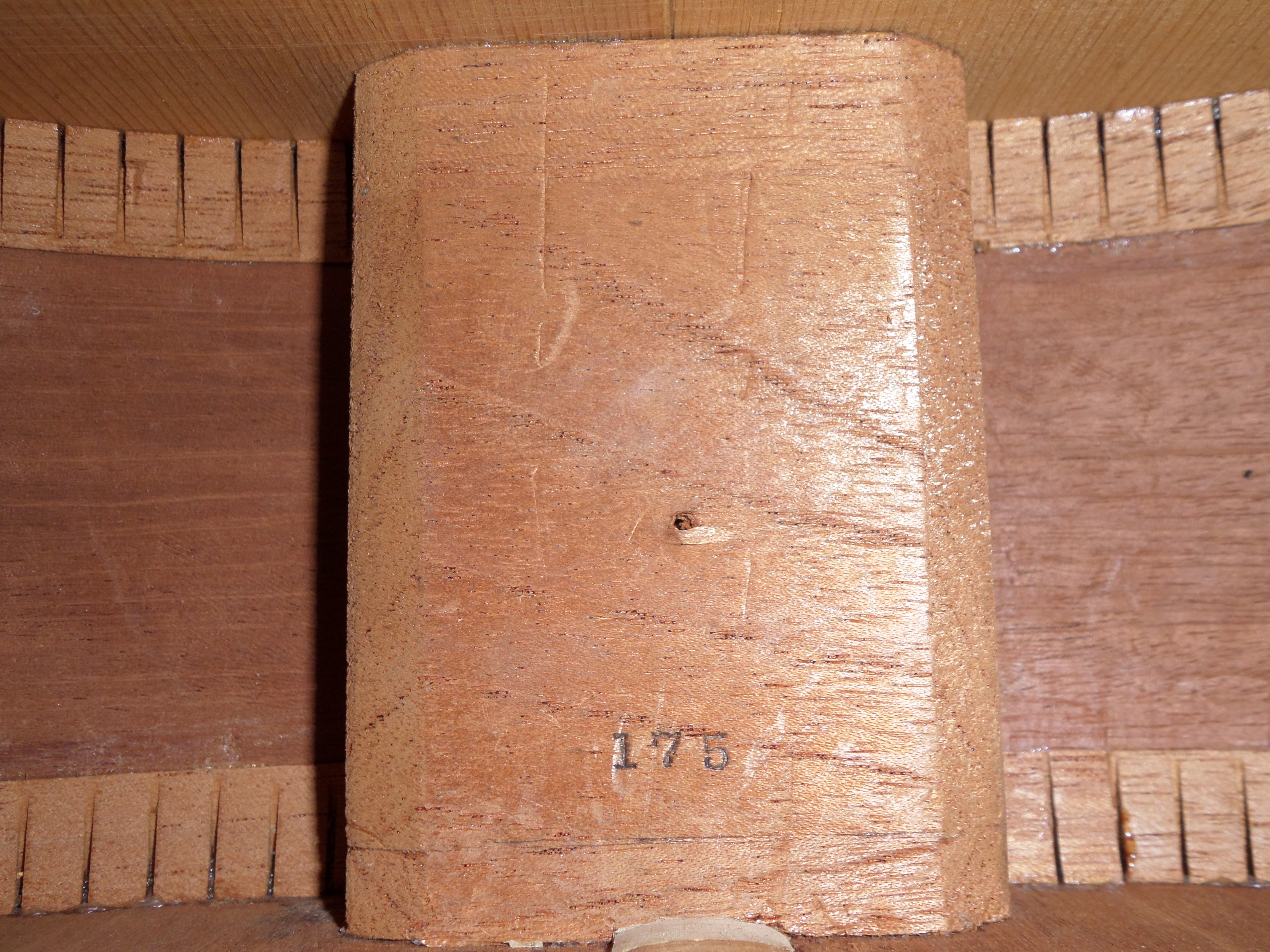 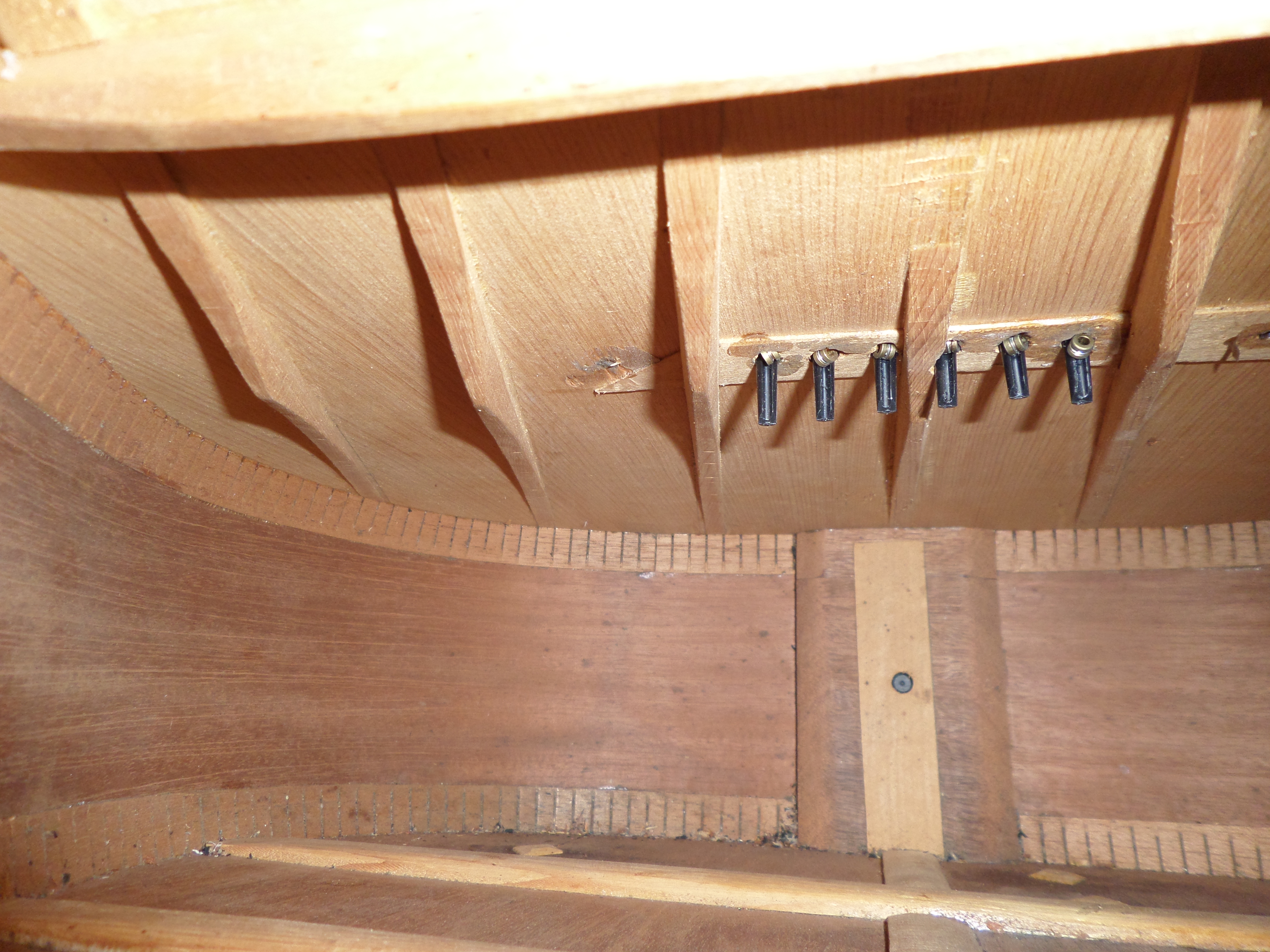 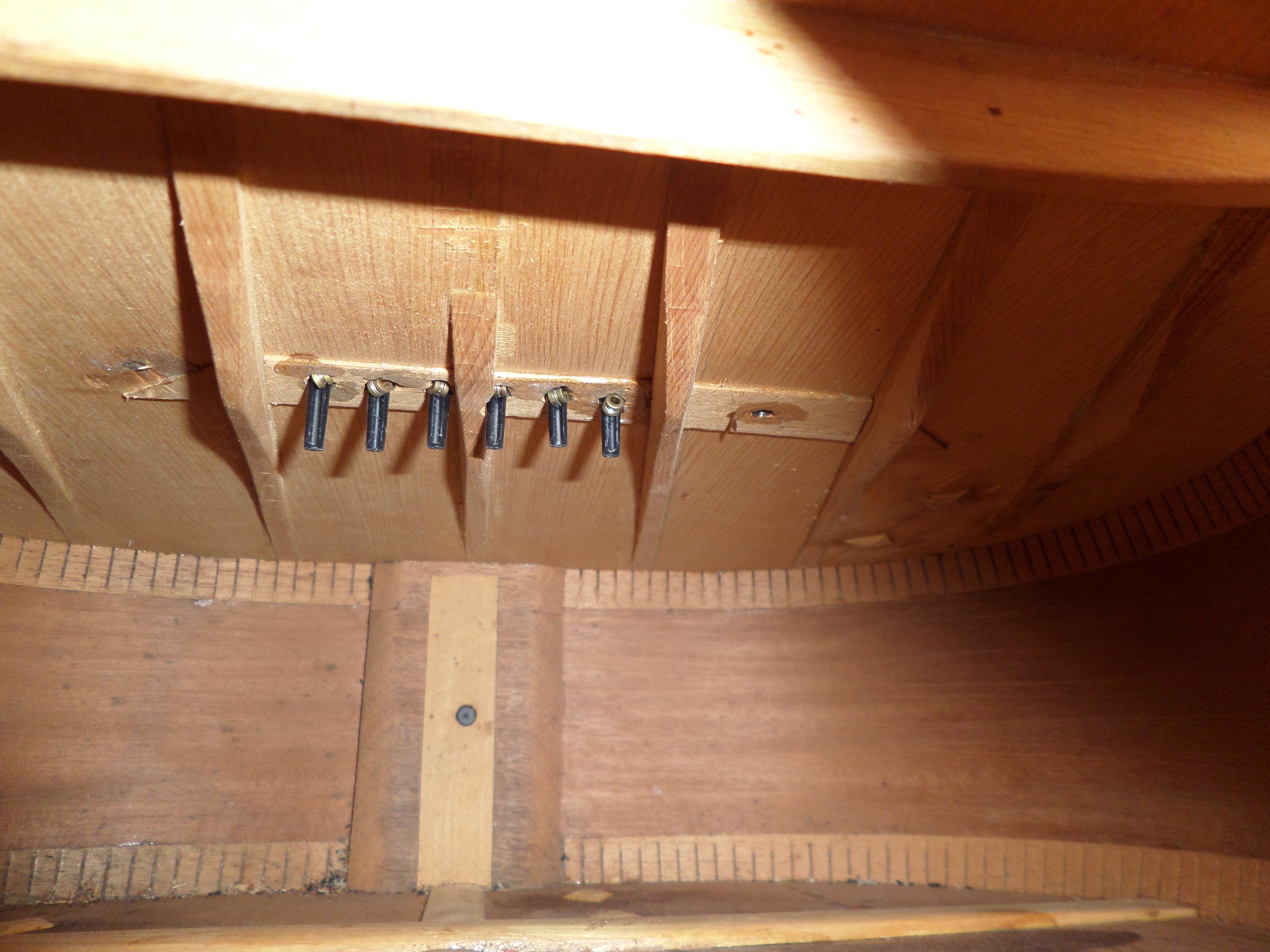 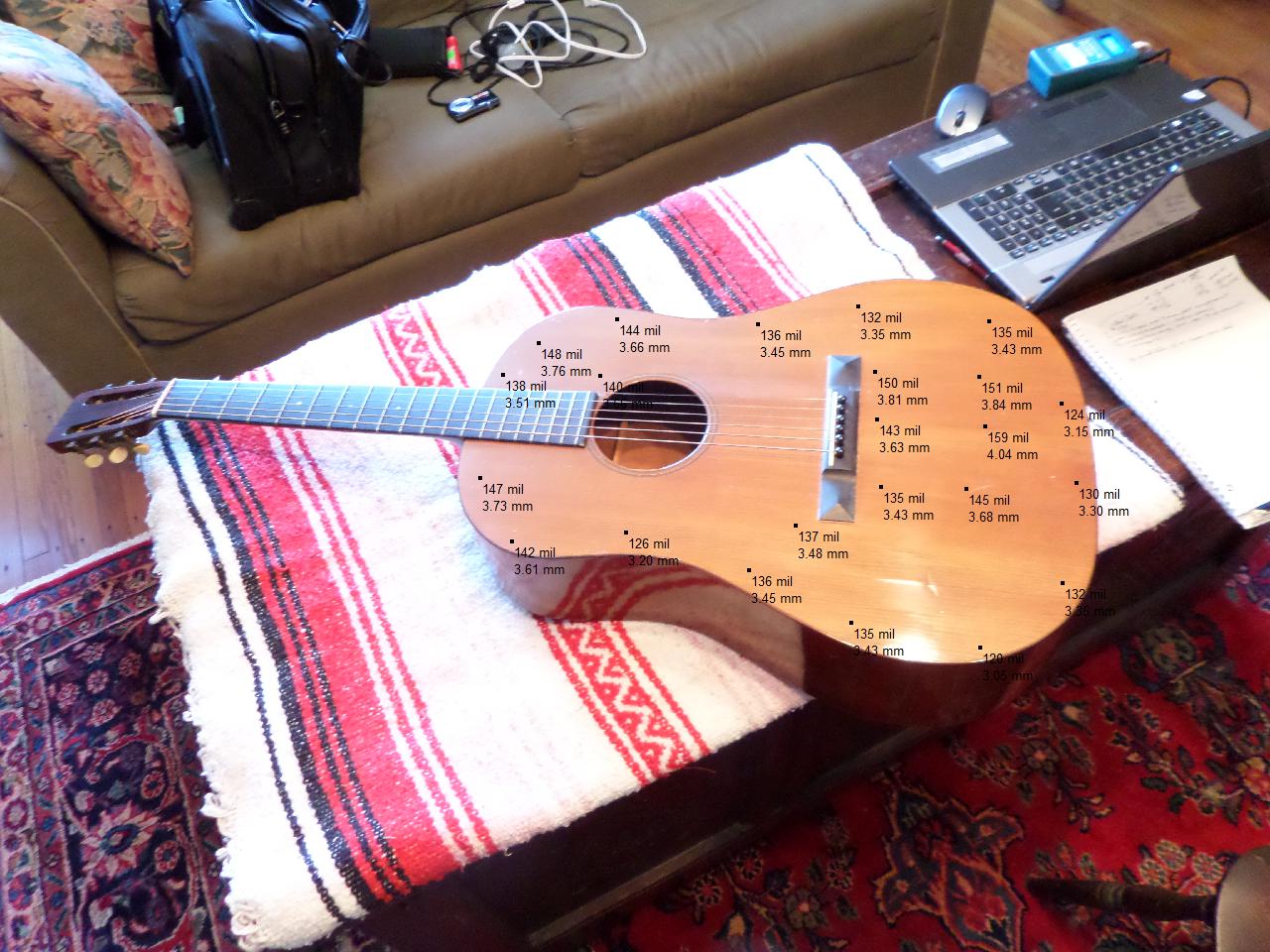