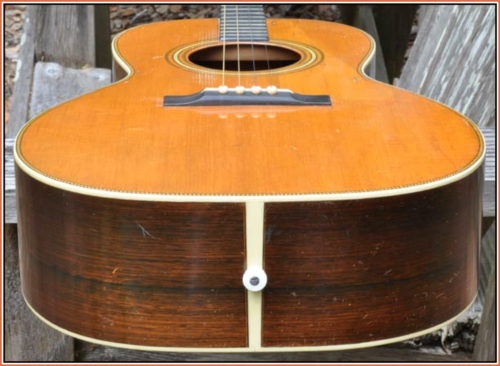 In the late 1920s tenor guitars became a major part of Martin's product line. Initially, Martin mostly based their tenor models on size 5 and 2 guitars. Putting the short tenor scale on a size 5 guitar worked reasonably well but the short scale on the relatively long body of a size 2 guitar resulted in an awkward loction of the bridge, such as on this guitar.

Although the size 2 body usually had a 12-fret neck, the short tenor scale allowed Martin to accomodate a 14-fret tenor neck.

The tuners are Grover #90 banjo pegs. 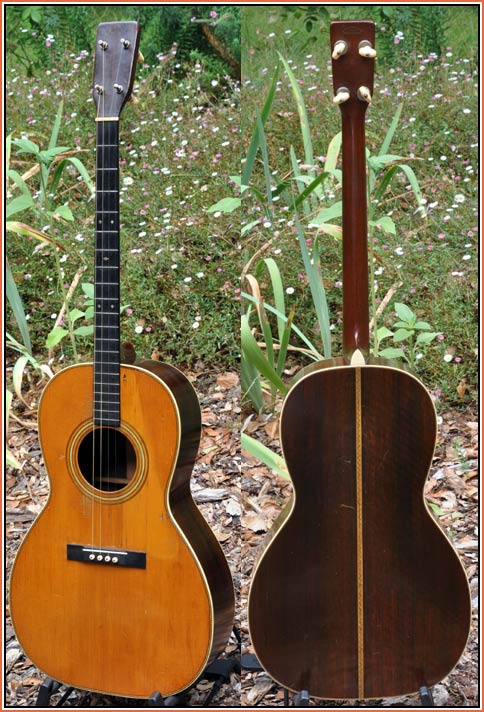 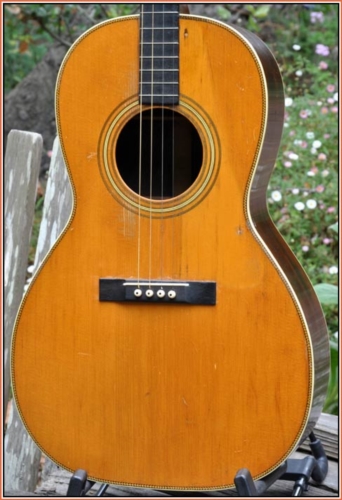 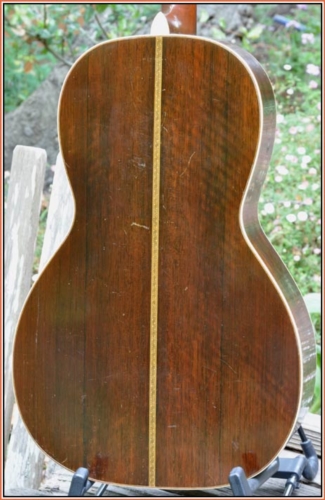 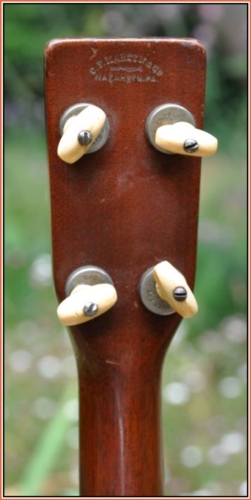 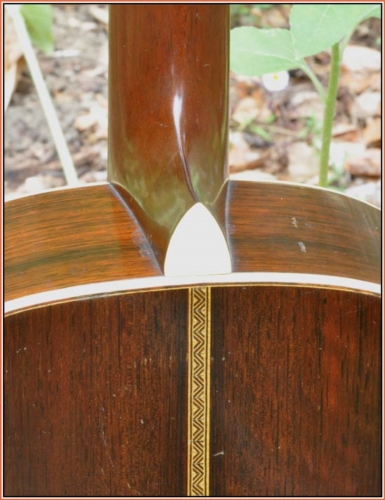