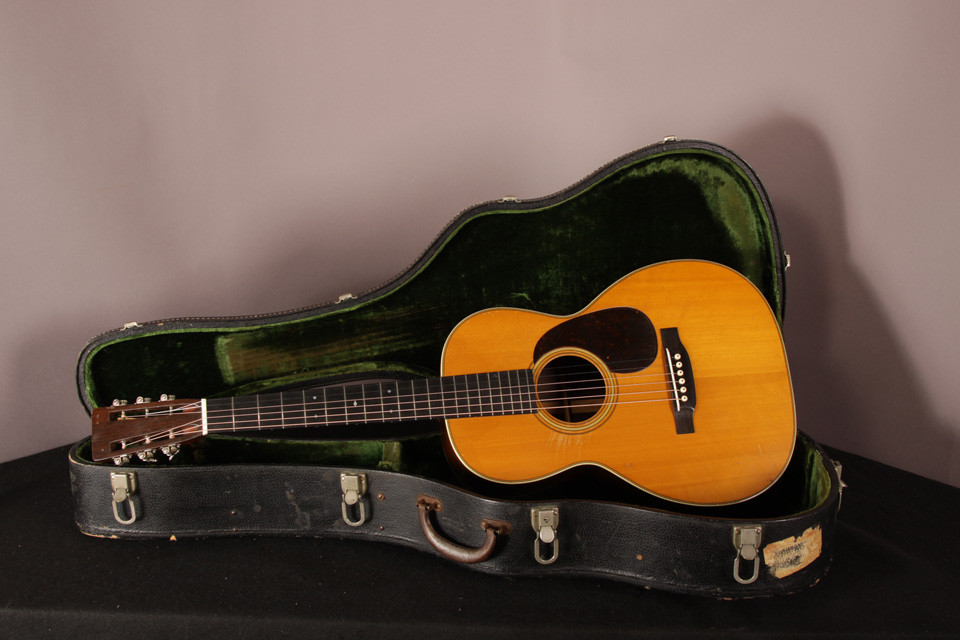 The popularity of 12-fret 00-28 guitars began to waver in 1929 as the first Martin 14-fret six-string guitars appeared on the market. The 00-28 models had been a very popular up-market guitar for some time and were what Martin considered one of their best sounding guitars they made, being in their opinion better balanced than the 000 and Dreadnought guitars. A total of fifty 00-28 guitars were made in 1929, only fifteen in 1930 and fifty-five in 1931. One more small batch of six made in 1936. Only the 00-28 guitars made in 1931 and 1936 have a belly bridge. The 1936 models also received a celluloid tortoiseshell pick guard but not all 1931 00-28's got a pick guard, as pick guards were still an option at the time. 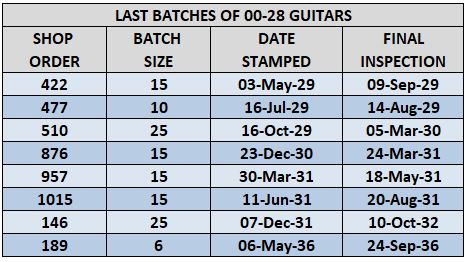 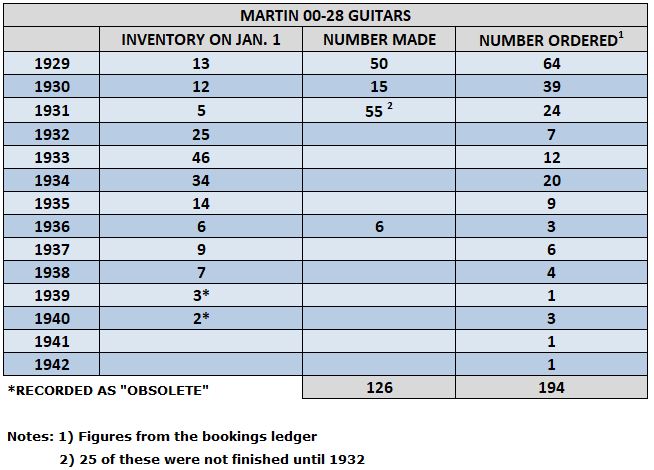 It may be noted that in table 2 the "number ordered" is considerably higher than the number made. The "number ordered" comes from the bookings ledger but it should be remembered that many guitars were sold by Martin on "10 days approval". The 00-28 was a relatively expensive guitar, when compared to, let's say, a 2-17, so quite a few were returned to Martin by the dealer if a prospective sale wasn't closed.

C. F. Martin stamp on back of head stock 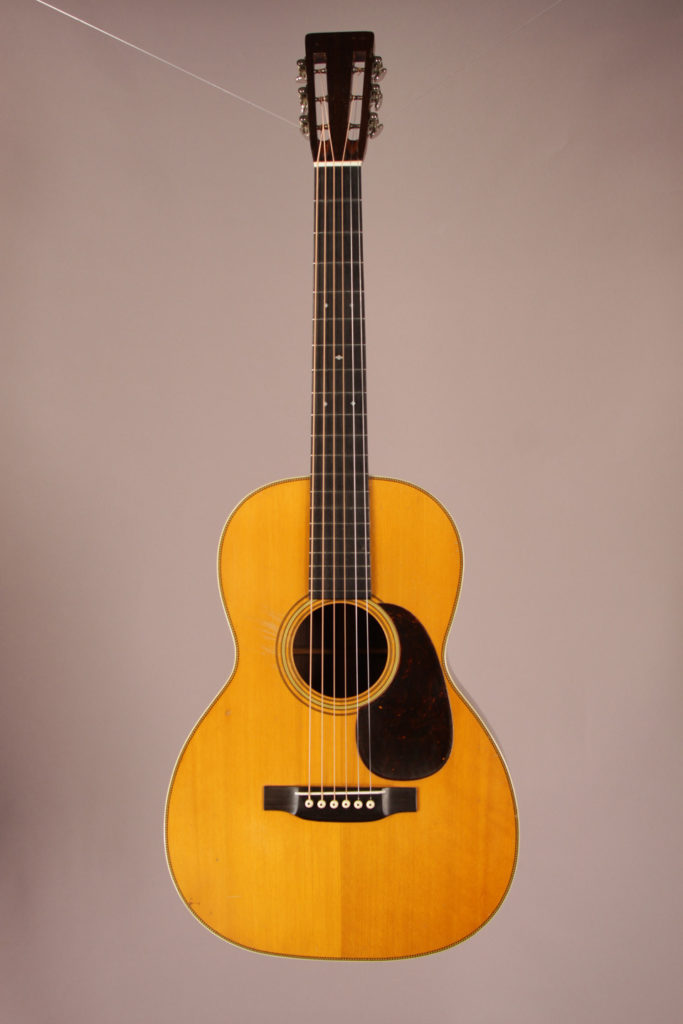 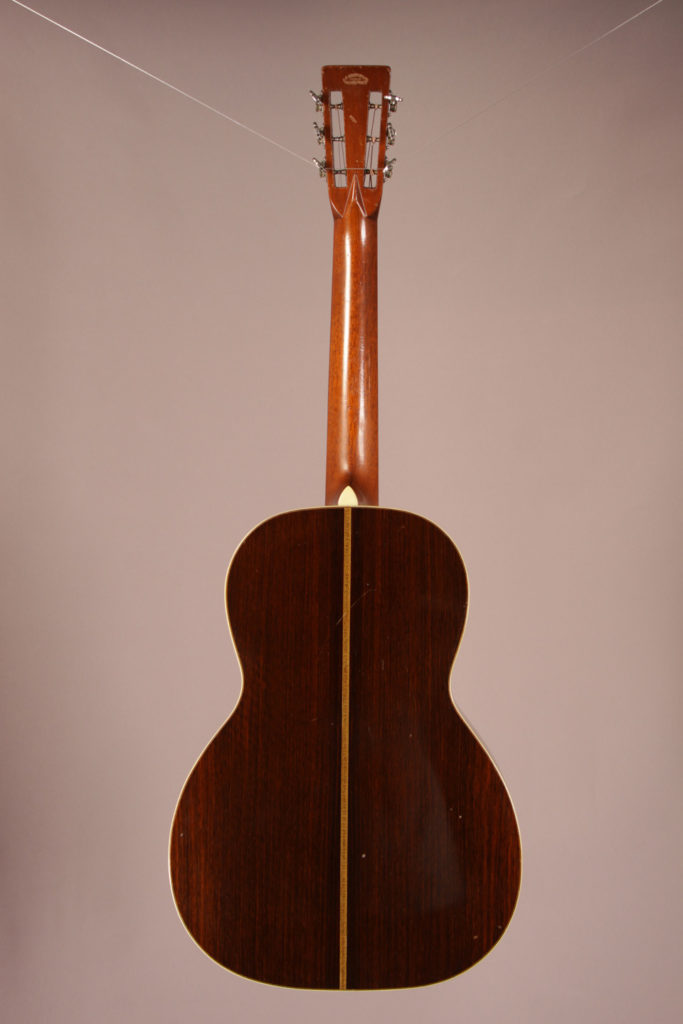 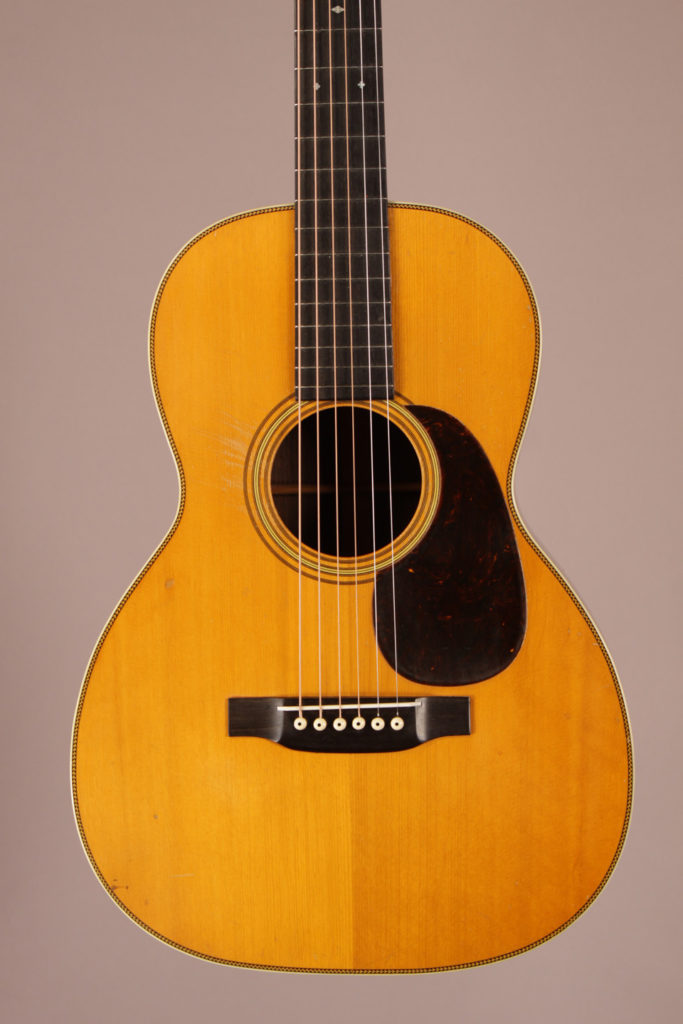 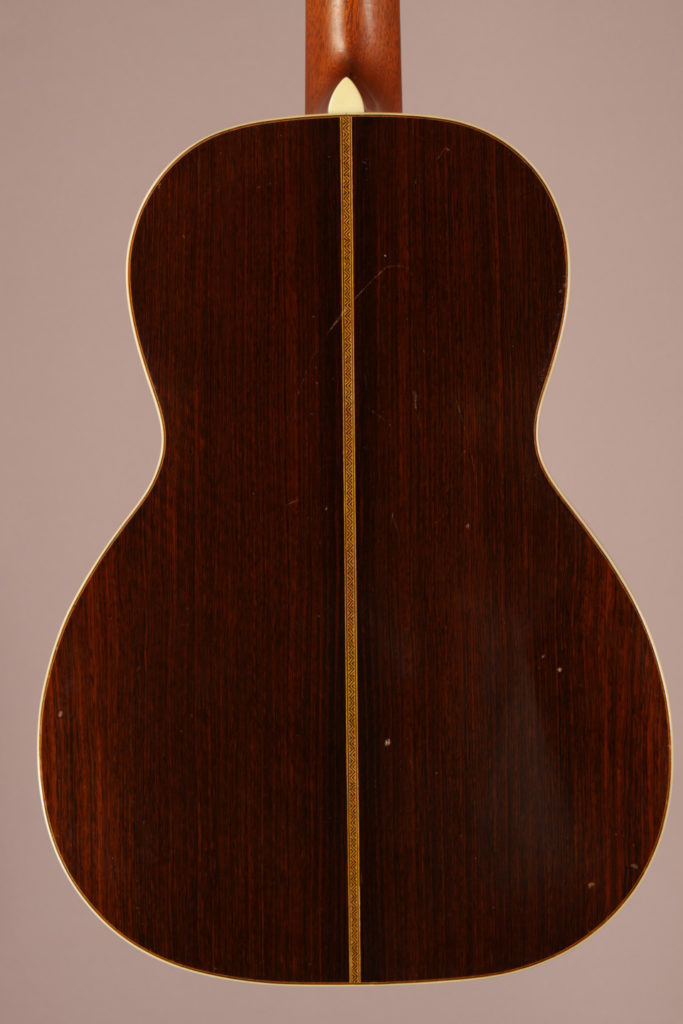 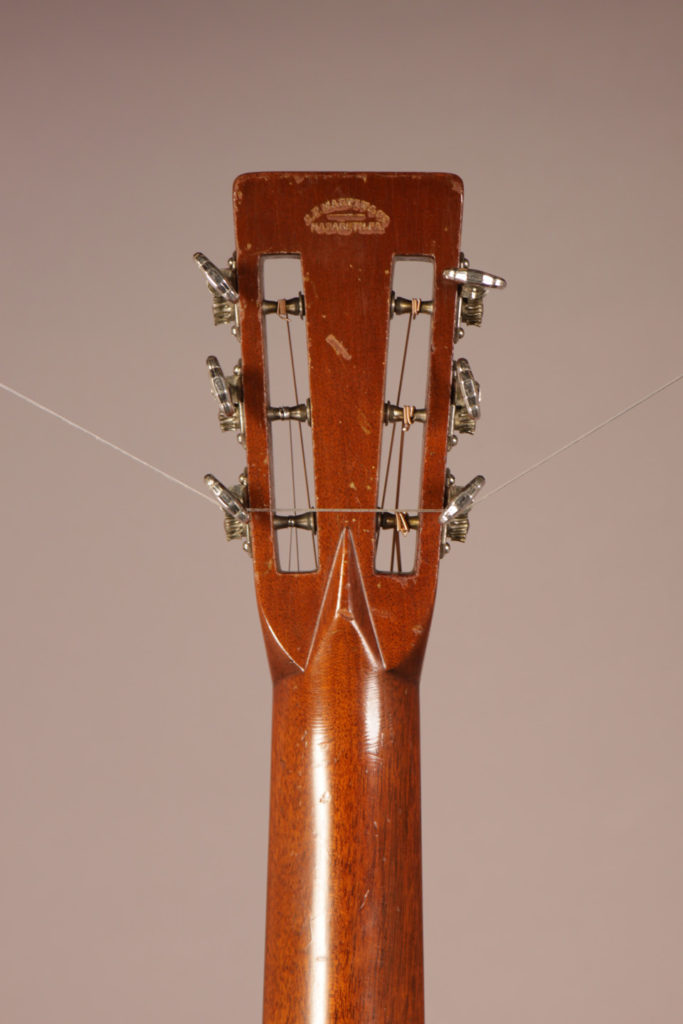