The C-3 came in two versions, the early guitars having a round sound hole and the later ones having f-holes. Only forty-six C-3 guitars were made with the round hole. The C-3 guitar in this entry was the 21st C-3 made.

The original tuners are clipped plate Grover G-98 machines although three have been replaced with later types of machines.

The case its original to the guitars and appears to be a Style C case.

Top: Most carved-top Martin guitars had Sitka spruce tops, although a few Adirondack spruce tops may have been made

C. F. Martin & Co. stamp on back of headstock 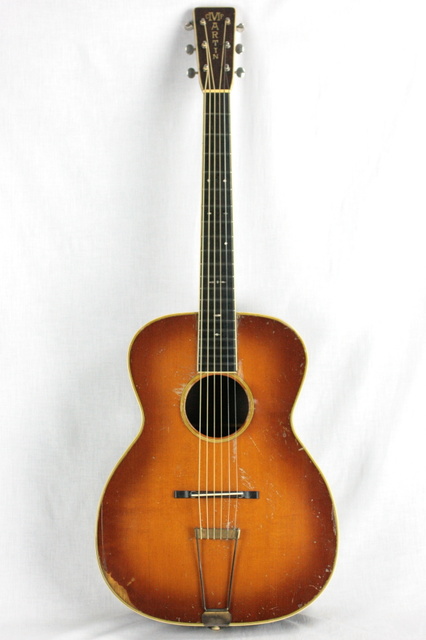 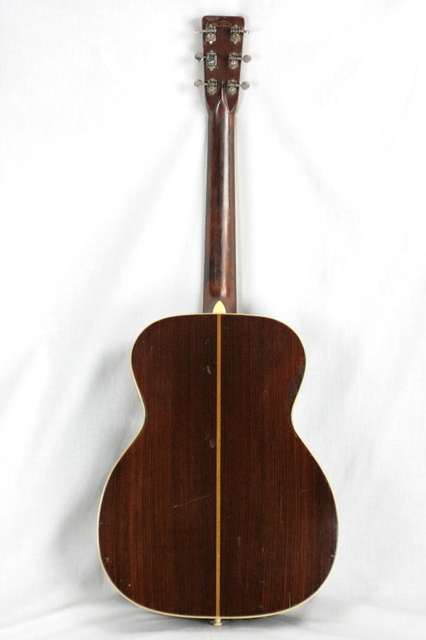 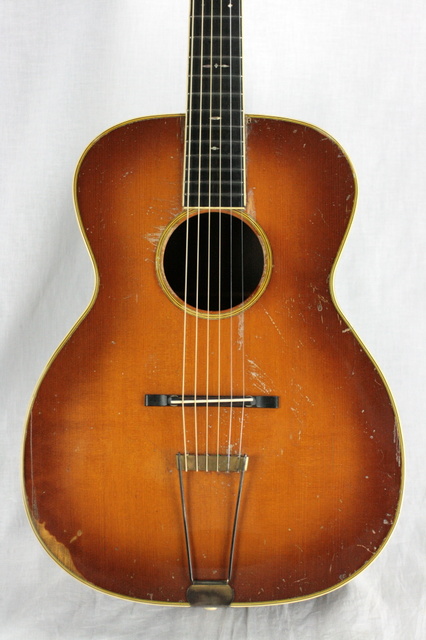 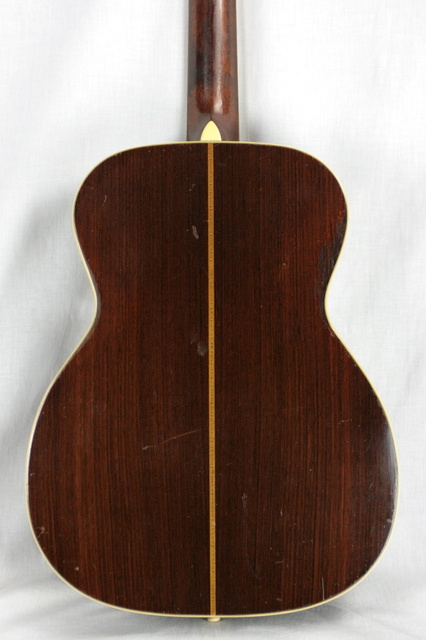 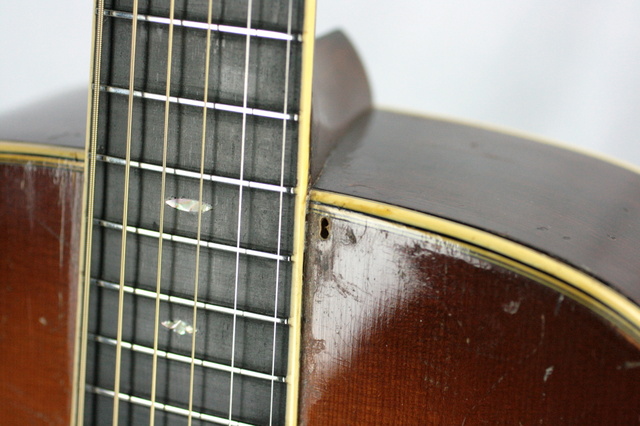 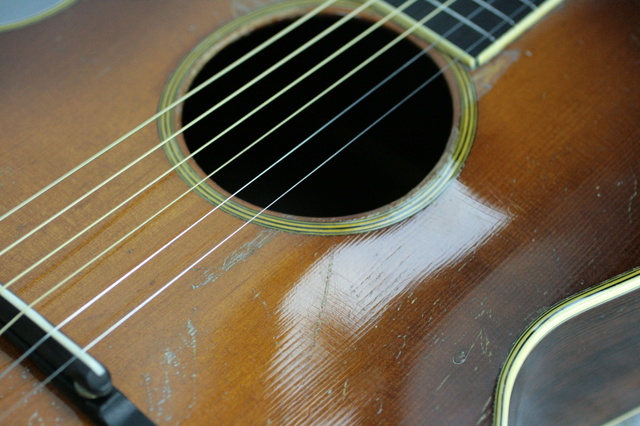 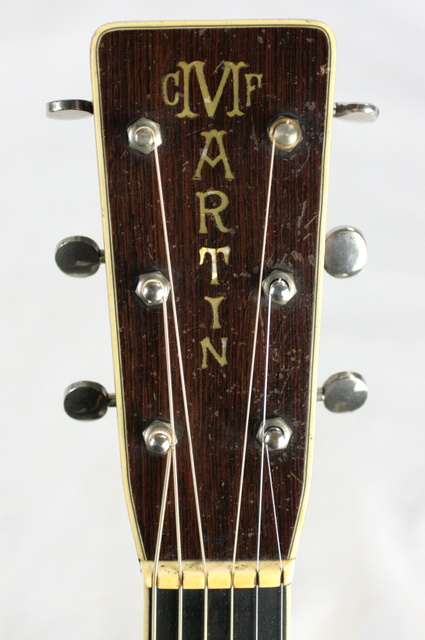 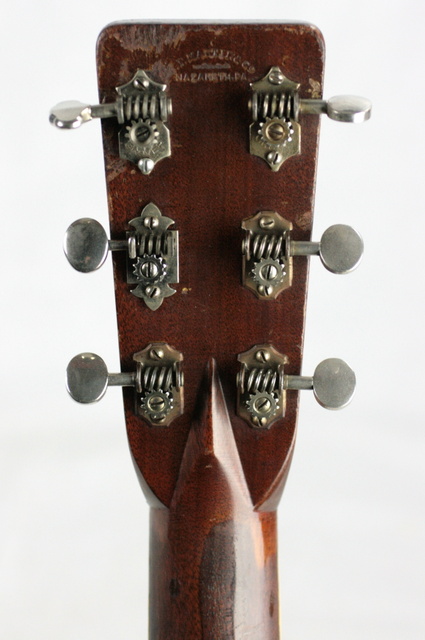 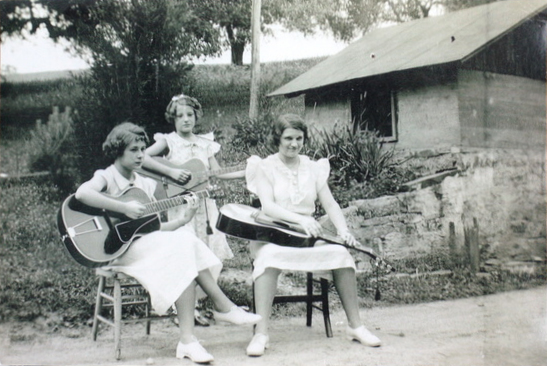 Circa 1936 photo of a young lady playing this guitar when it was almost new, note bound pick guard 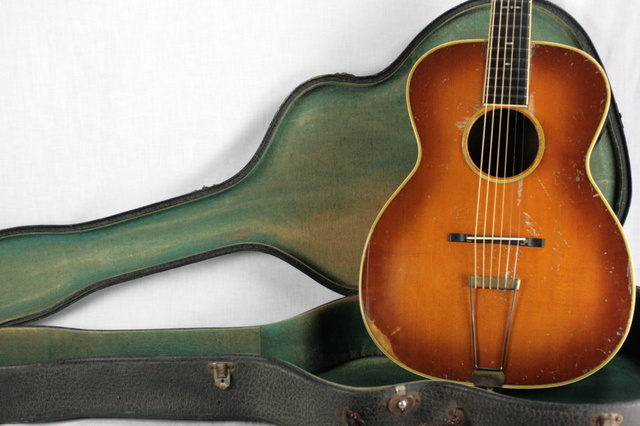 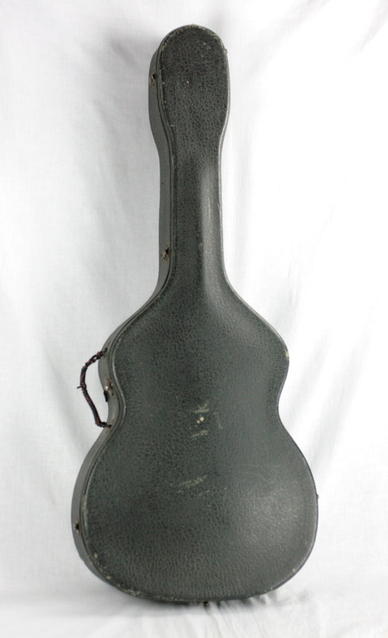 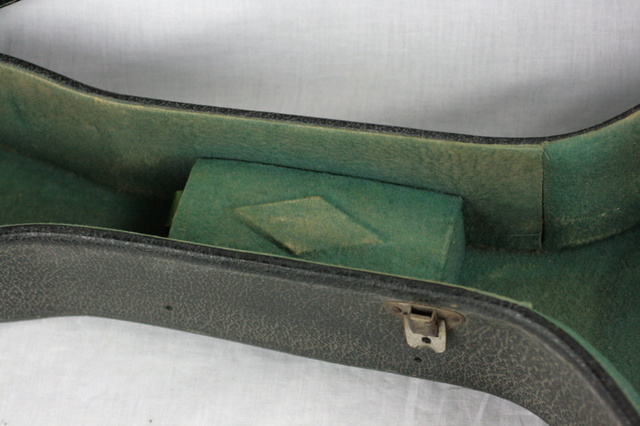