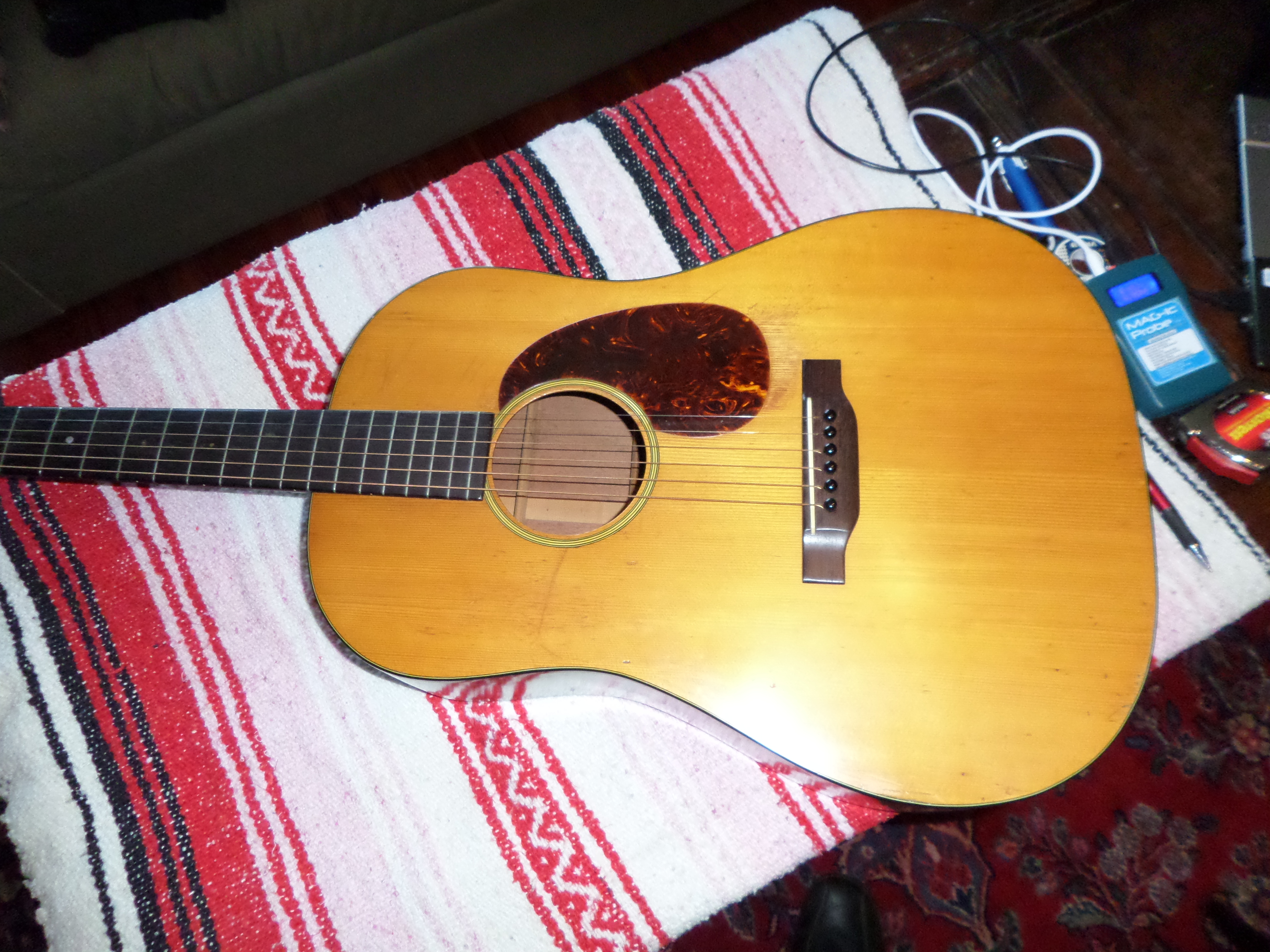 I wish I had more photos to share on this guitar but it is so interesting and rare it is worth having at least something to look at!

Only two D-1 guitars were ever made. They were clearly made as protoypes for Chicago Musical Instrument Co. as the two were ordered on the same day. However, one had a 19 fret fingerboard while the second had 20 frets.

It will also be seen that this guitar has a single sound hole ring like Ditson Dreadnought guitars.

Contrary to conventional wisdom, this is not the first Dreadnought guitar made by Martin for a customer other than C. H. Ditson & Co., a D-21 was made about a month earlier for CMI.

A third D-1 was ordered in September 1931 but the designation was later changed to reflect Martin's regular styles and it was delivered as the first D-18.

The last photo shows a map of the top thickness at various points. It will be seen that the thickness measurements are somewhat higher than Dreadnought guitars. It appears that the starting thickness of the top was 1/7" resawn spruce veneer (roughly 0.140") whereas later Dreadnoughts began with 1/8" (0.125") spruce veneer. 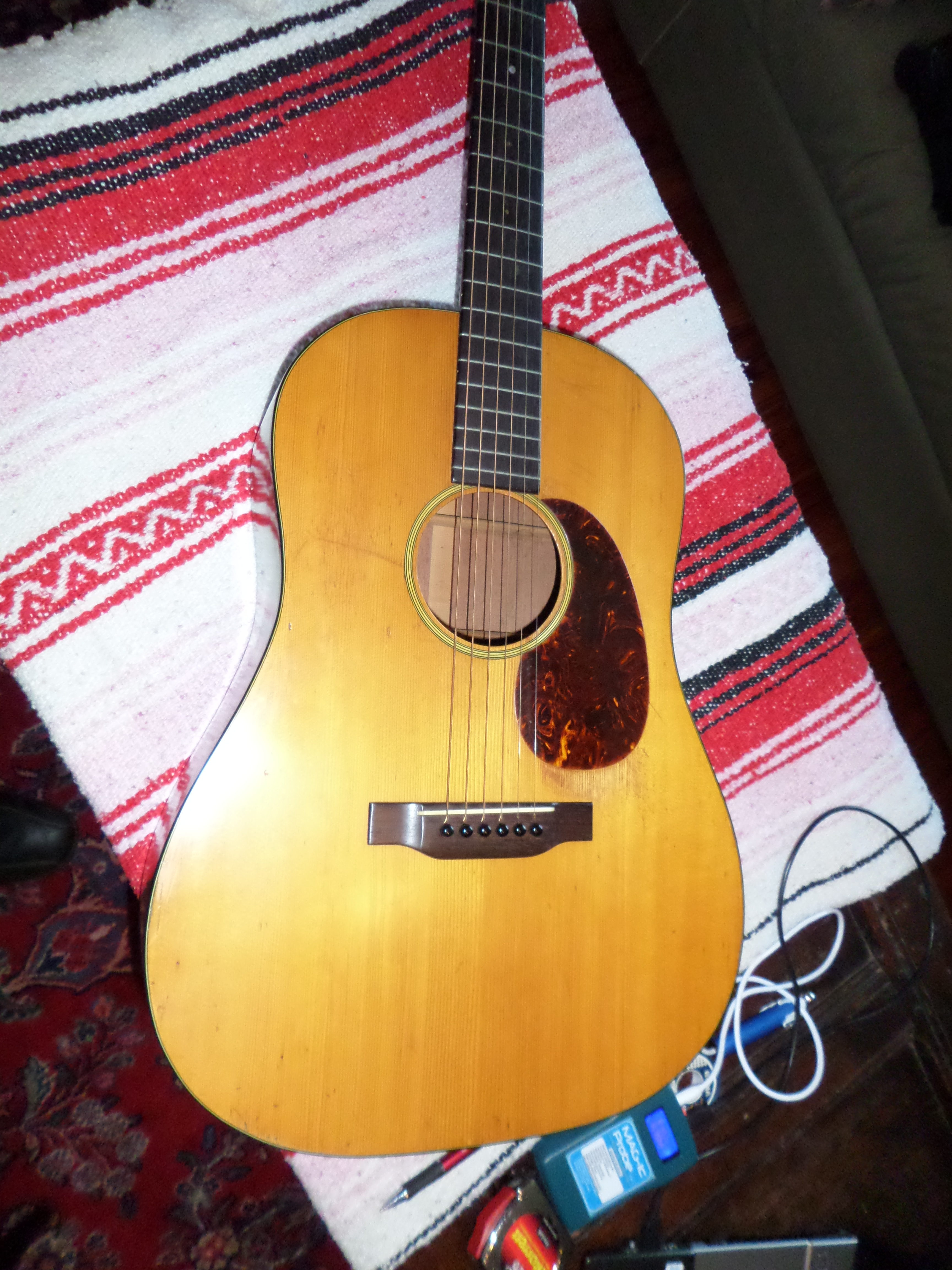 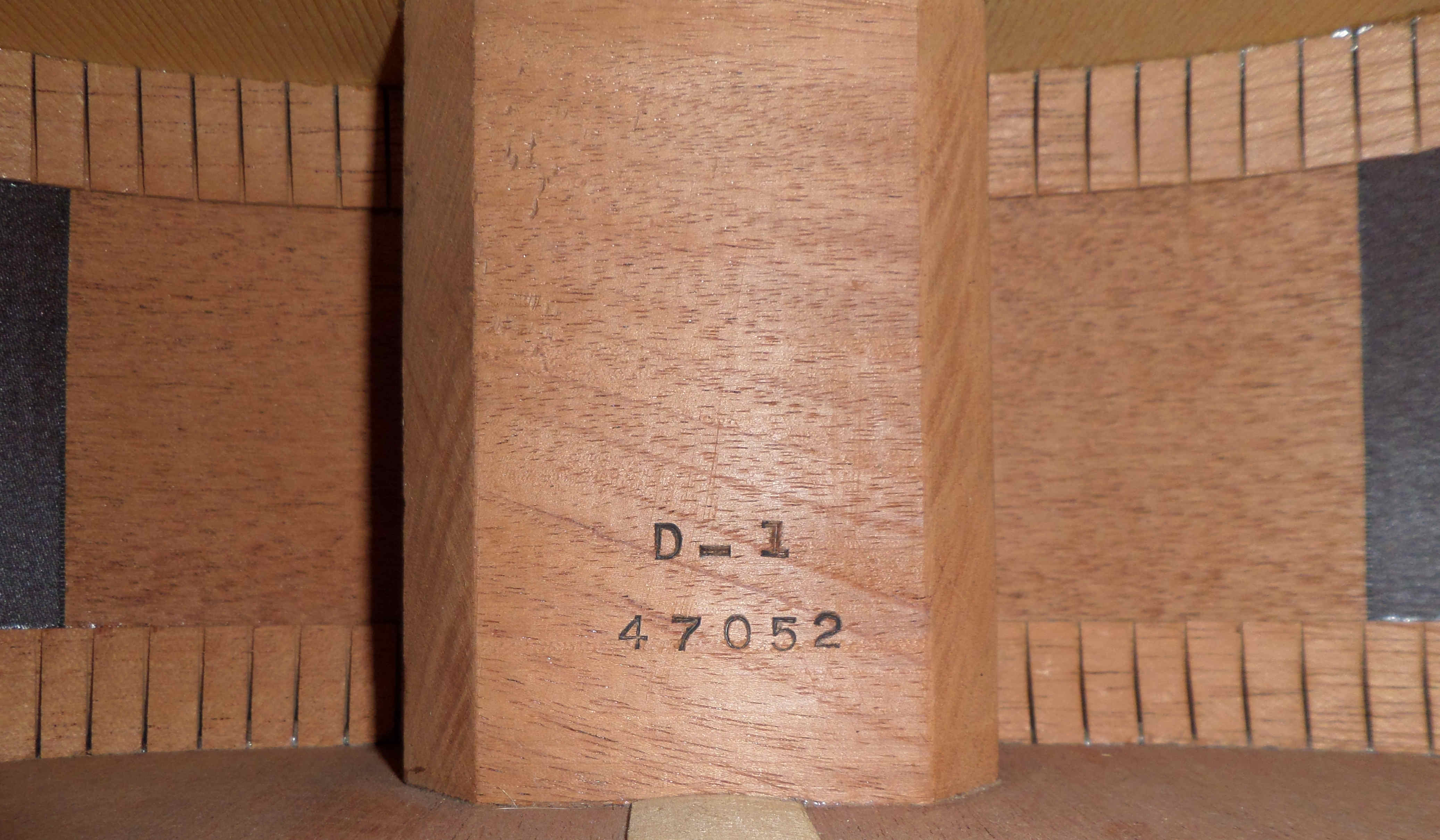 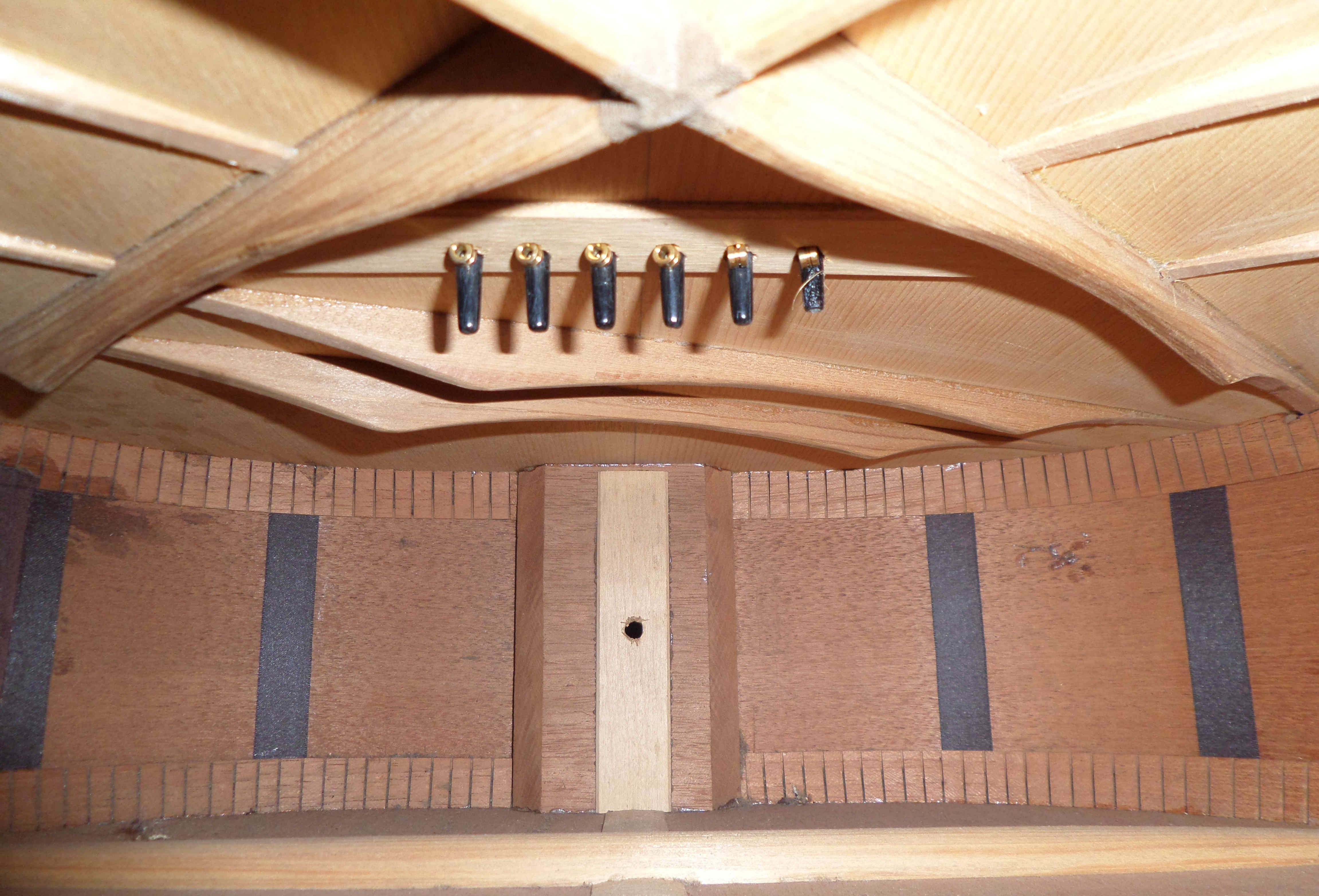 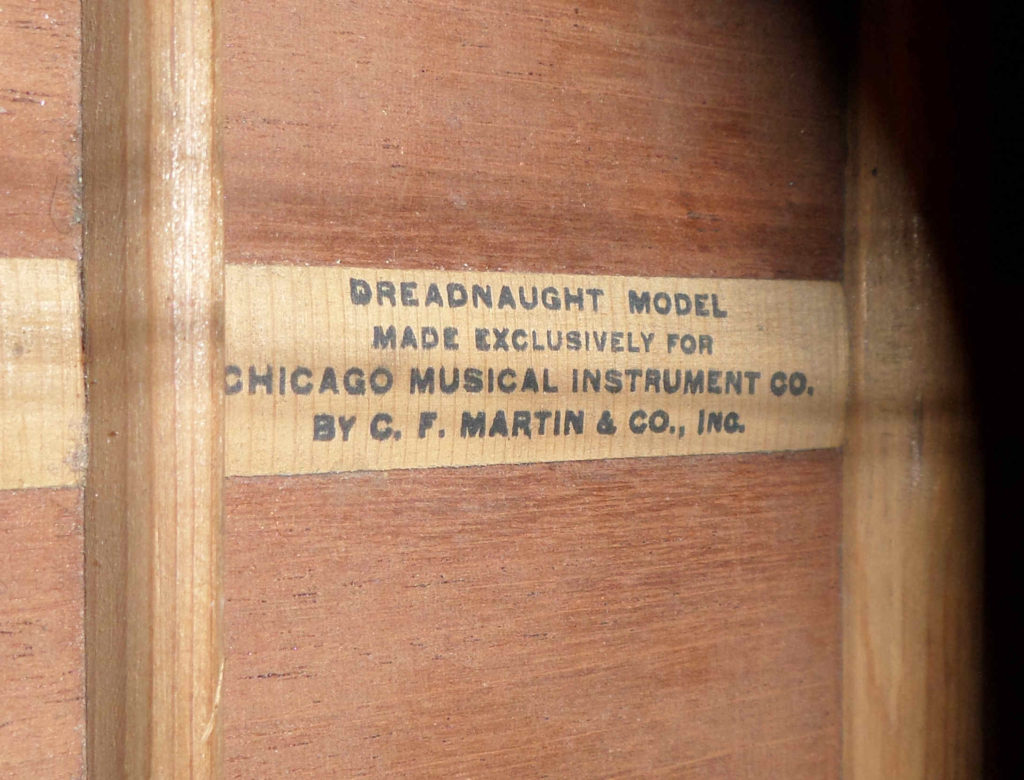 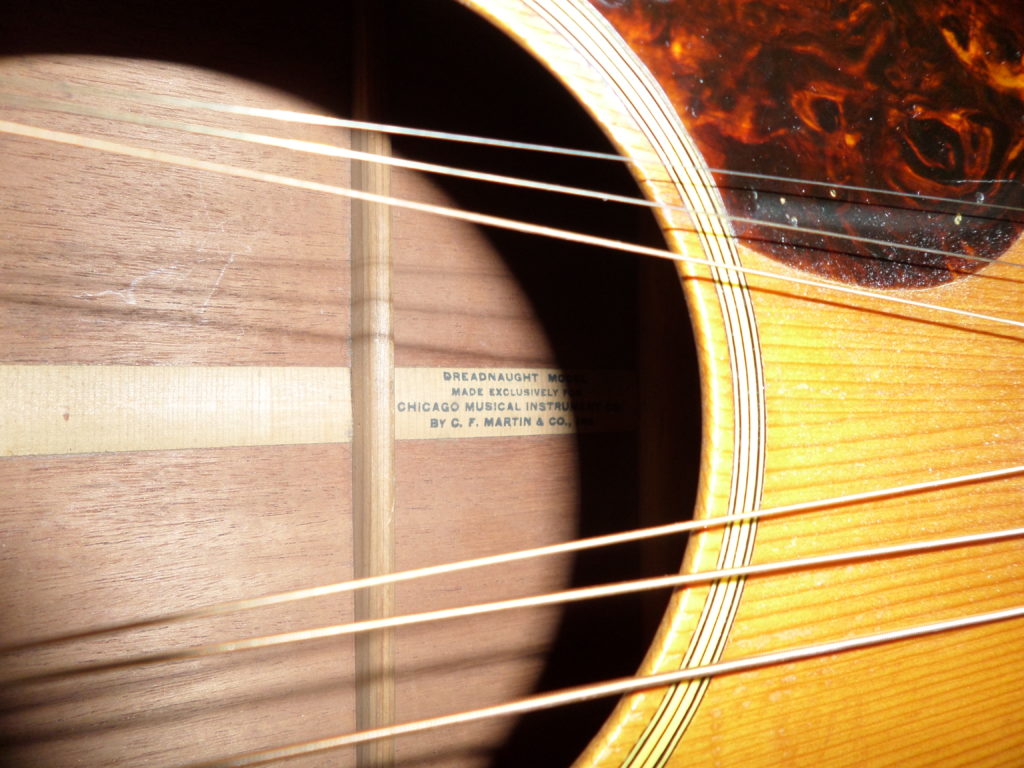 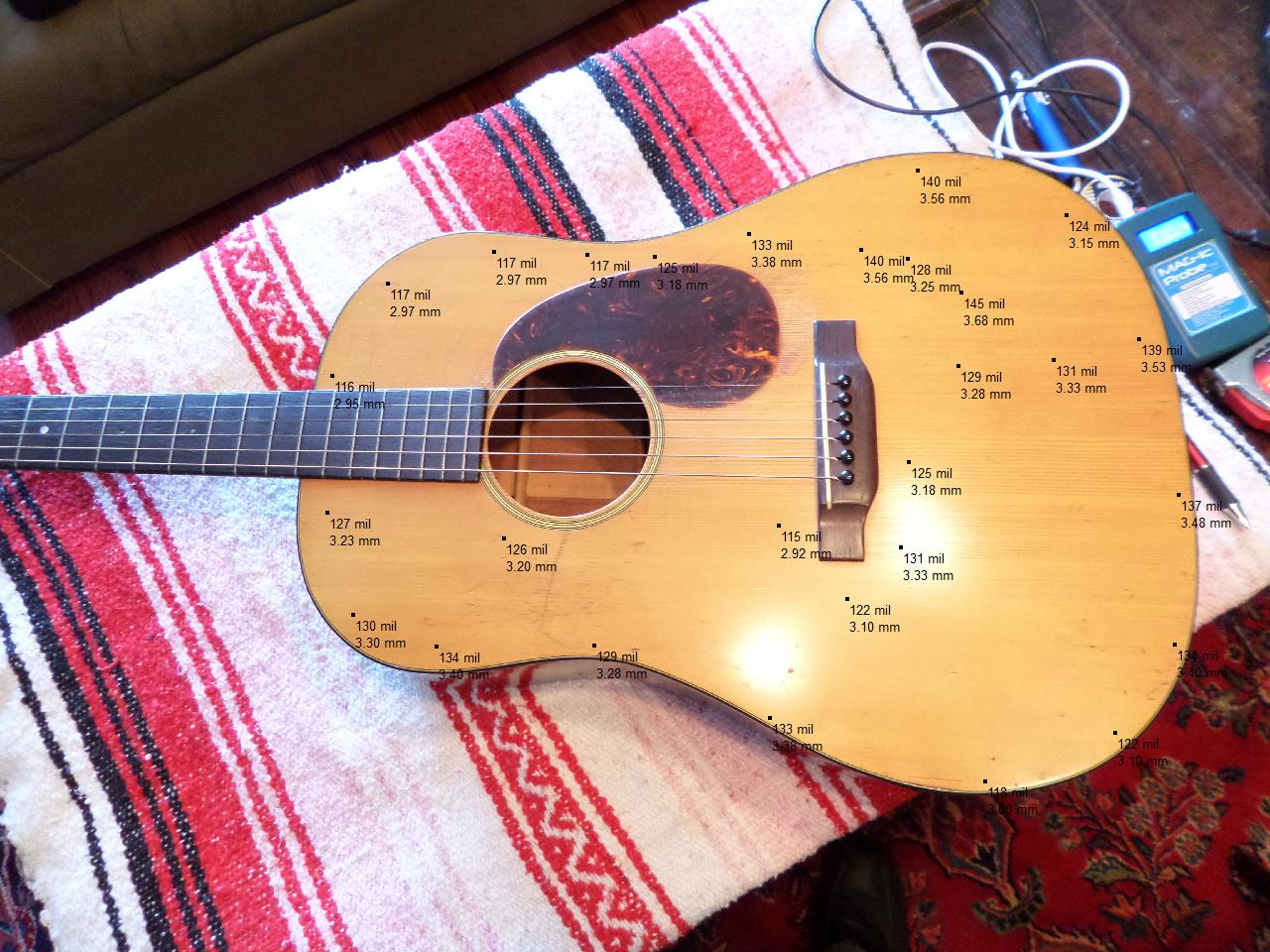