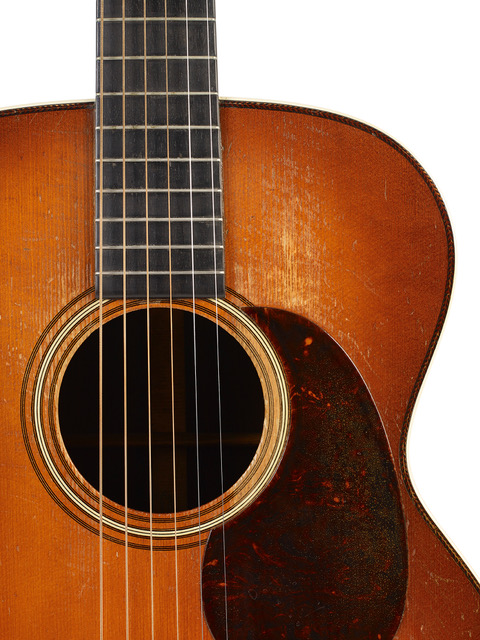 Serial number 48807 is one of the few known "dark top" OM-28 guitars. Only ten can be accounted for in the Martin records or have appeared on the market. All ten come from the one batch of twenty-five OM-28's stamped on October 28, 1931, which leaves open the possibility that the whole batch were made as dark tops. The batch cleared final inspection on March 30, 1932 and this particular guitar was shipped to Southern California Music Co. in Los Angeles on September 25, 1933.

The prolonged gestation of this batch leads to an interesting anomaly. The guitar not only has the C. F. Martin stamp on the back of the head stock but also has a Martin decal, introduced in June 1932, on the front of the head stock. So, although this guitar was stamped before the decals came into use it didn't clear the finish shop until March 14, 1932, thus explaining why the decal appears on the head stock.

The tuners are Grover G-98 clipped plate machines with seamed metal butterbean buttons. This guitar is from the second batch of OM-28's that had G-98 side tuners instead of Grover #89 Deluxe banjo pegs.

C. F. Martin decal on the front of the head stock 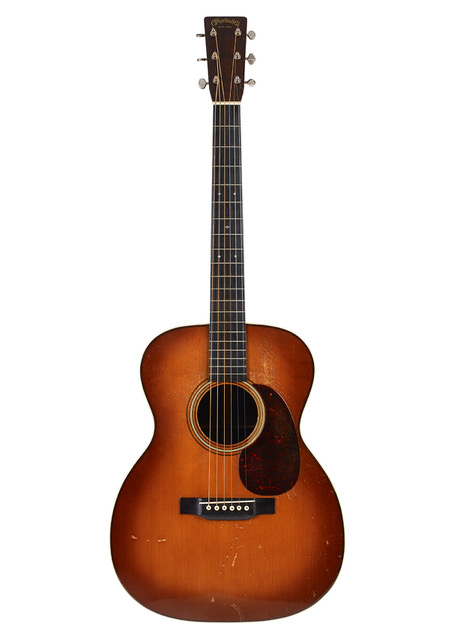 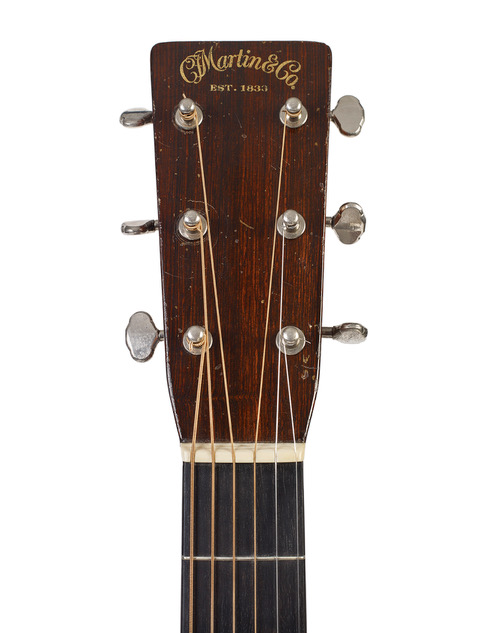 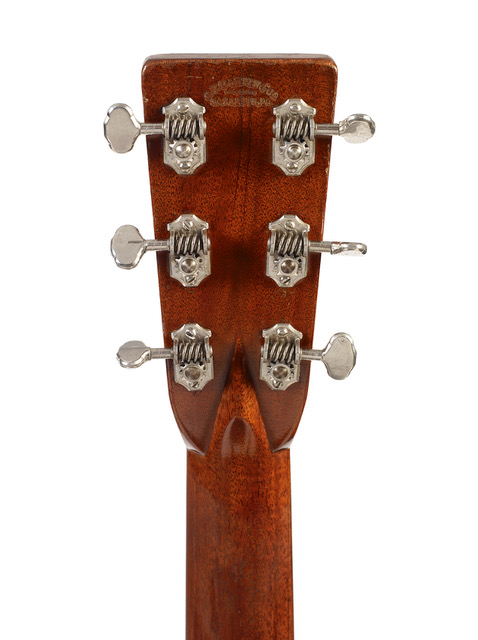