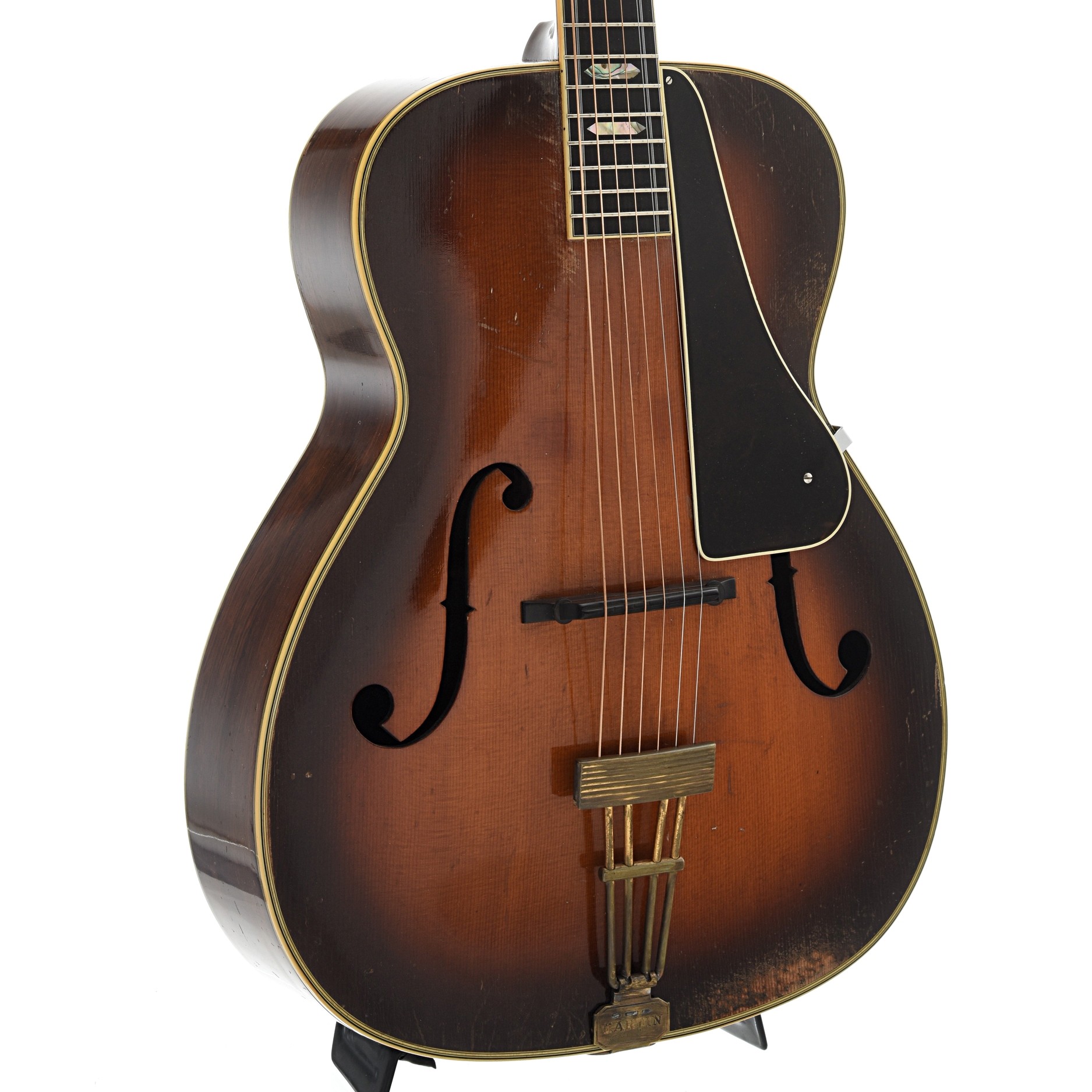 Serial number 63593 was stamped on June 18, 1936 and cleared final inspection on December 31 that year. Six months in production was quite long for the period so demand for this ultra fancy model must have been somewhat sporadic.

The tuners are gold plated G-98G pointed plate machines with an "M" engraved on the buttons. The gold plated tailpiece is a Grover G-29G model.

At the time of writing (March 2, 2019) this guitar is available at Elderly Instrument. 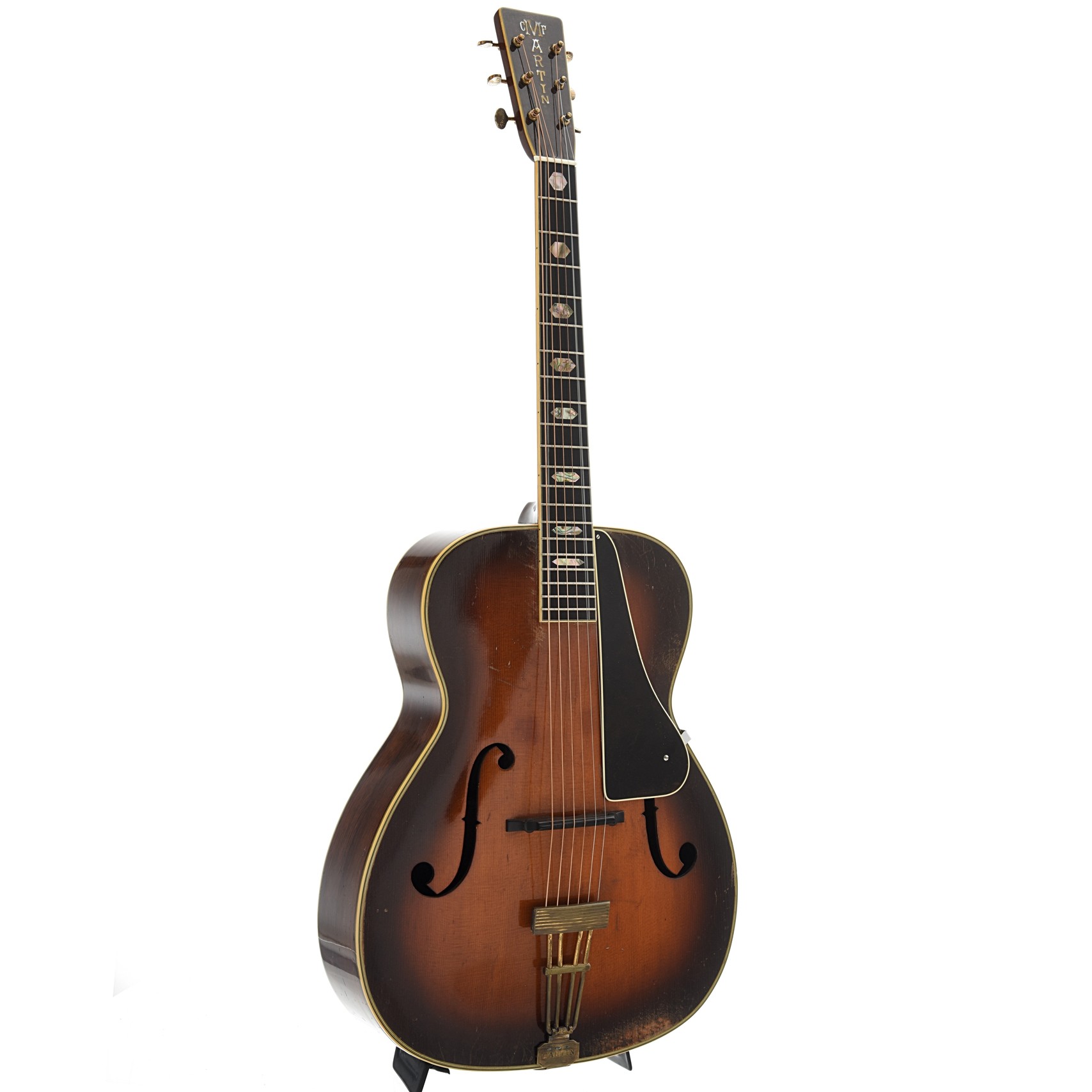 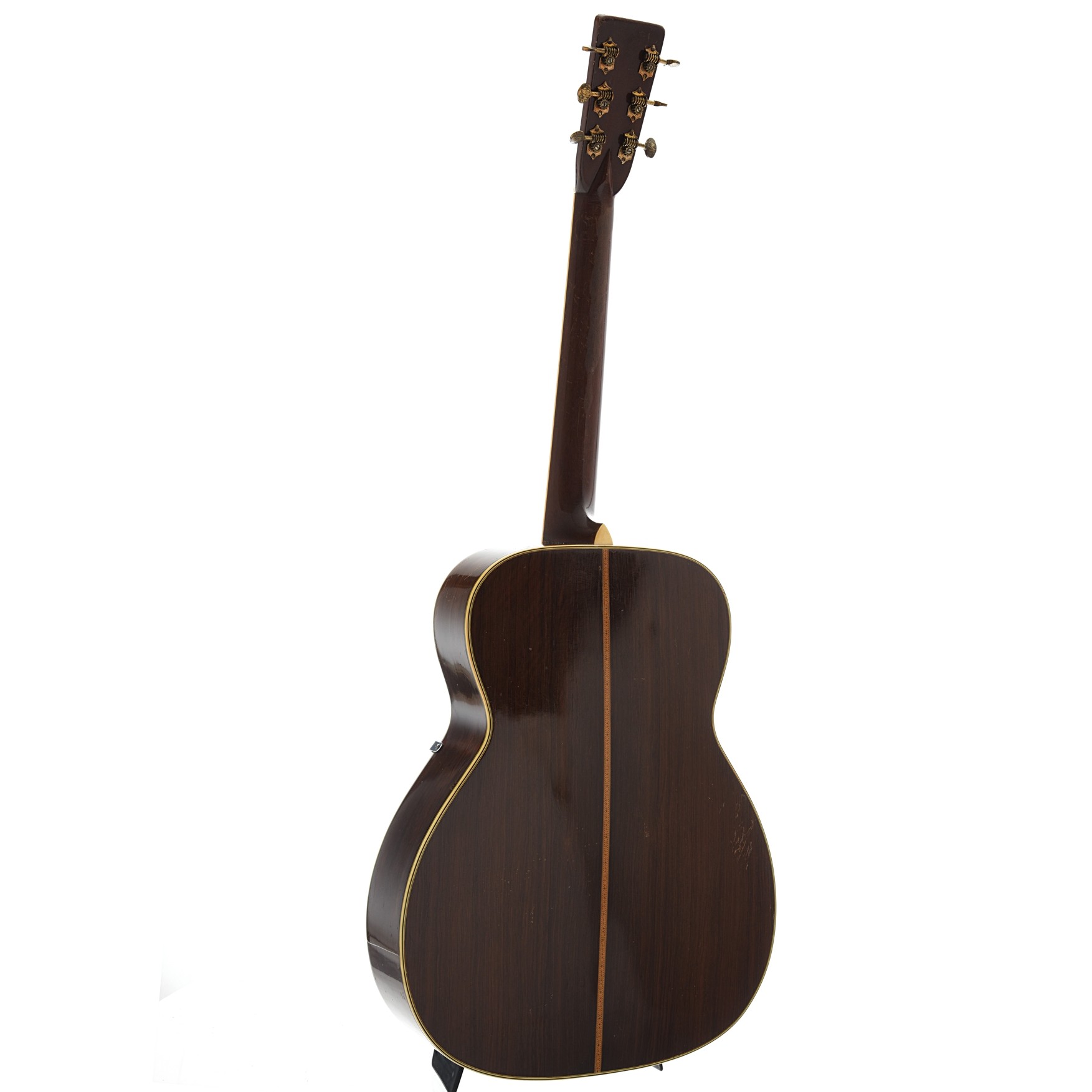 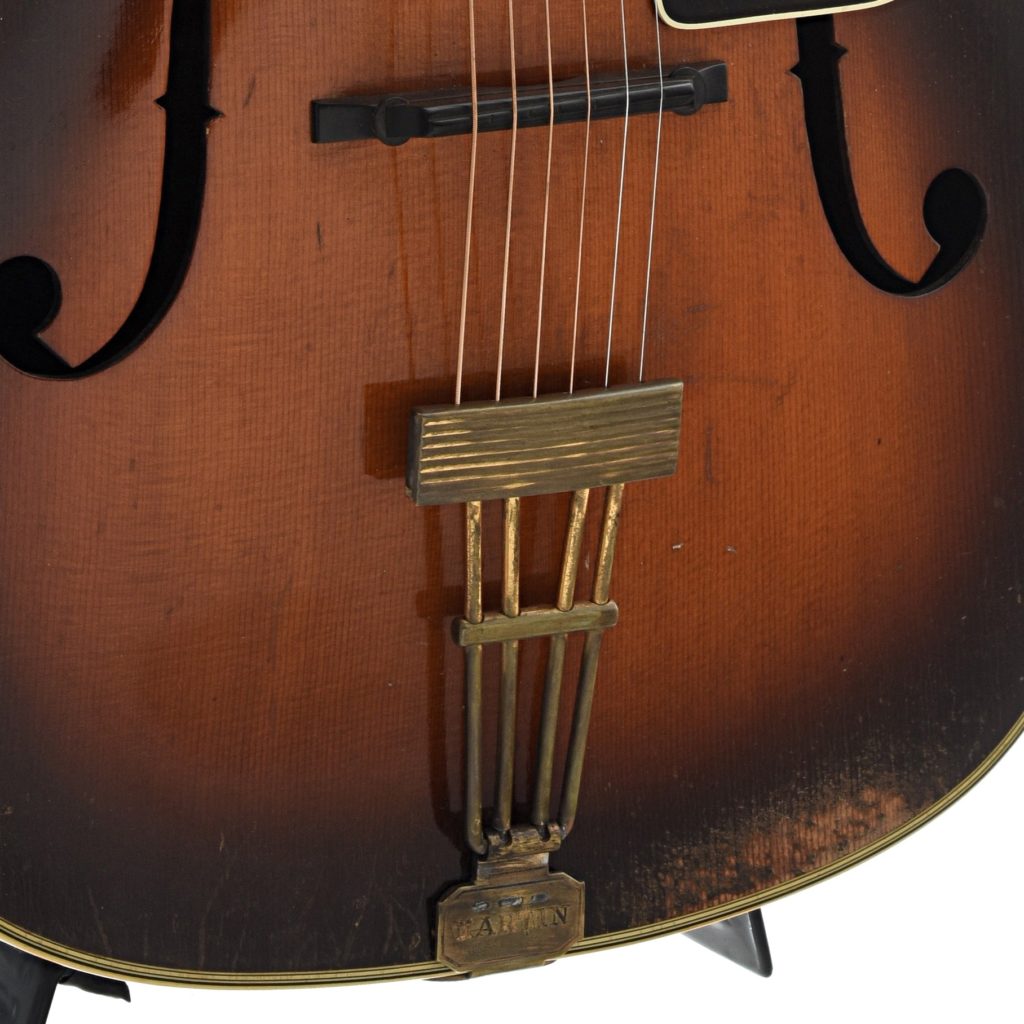 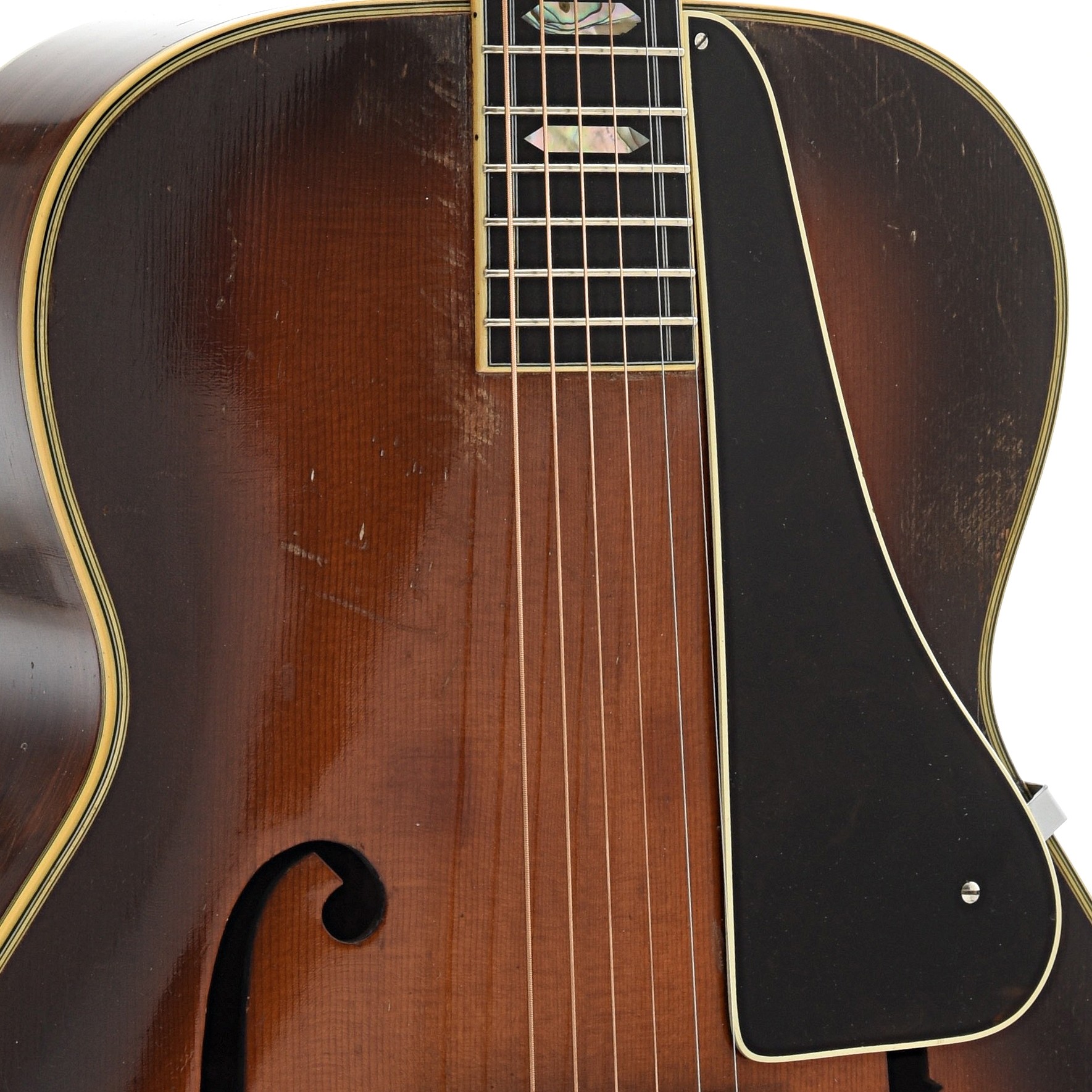 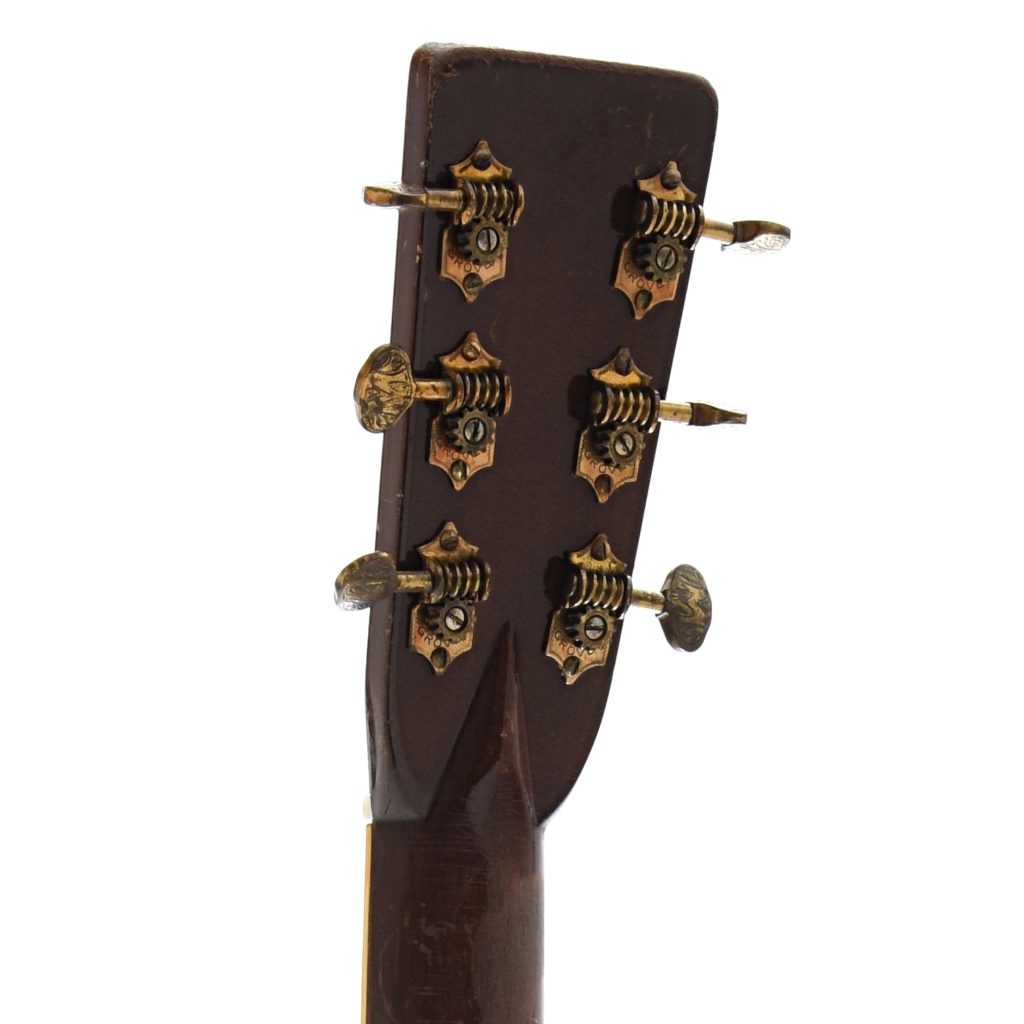 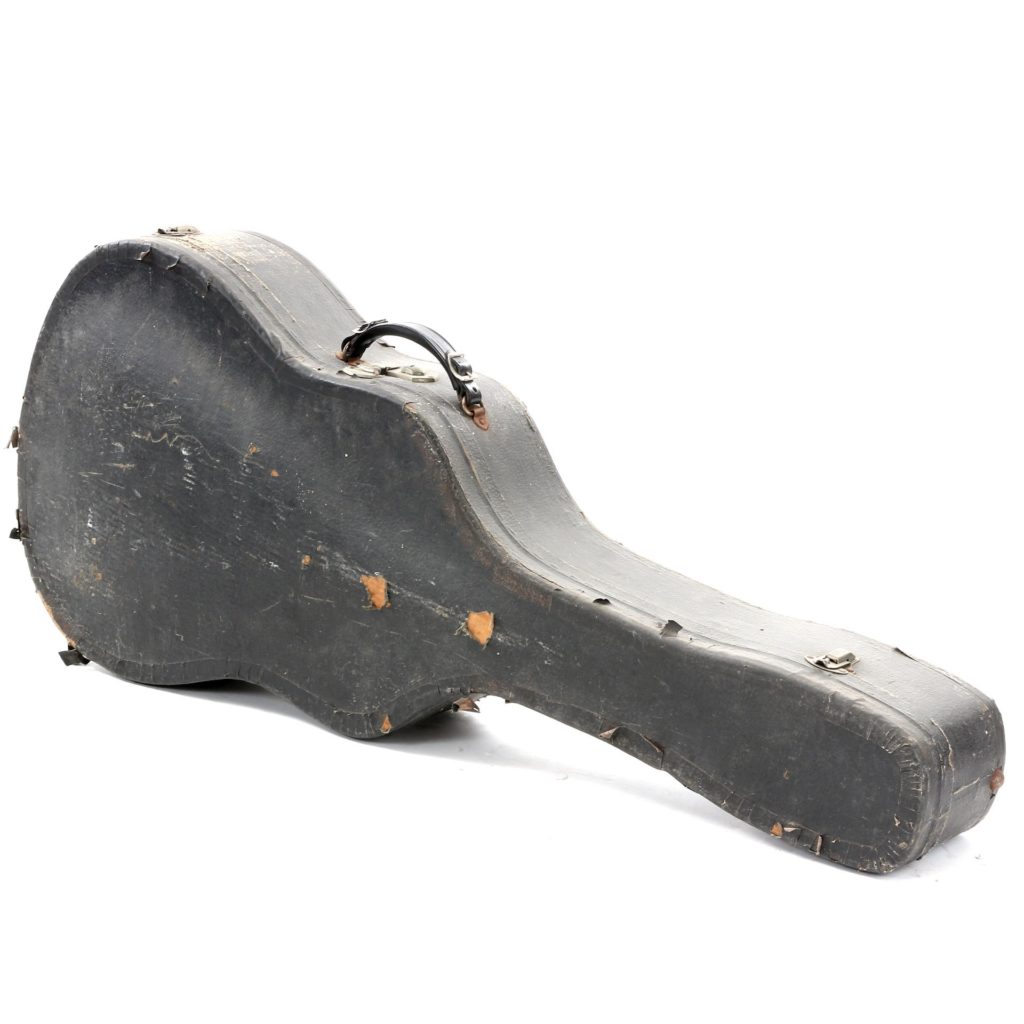