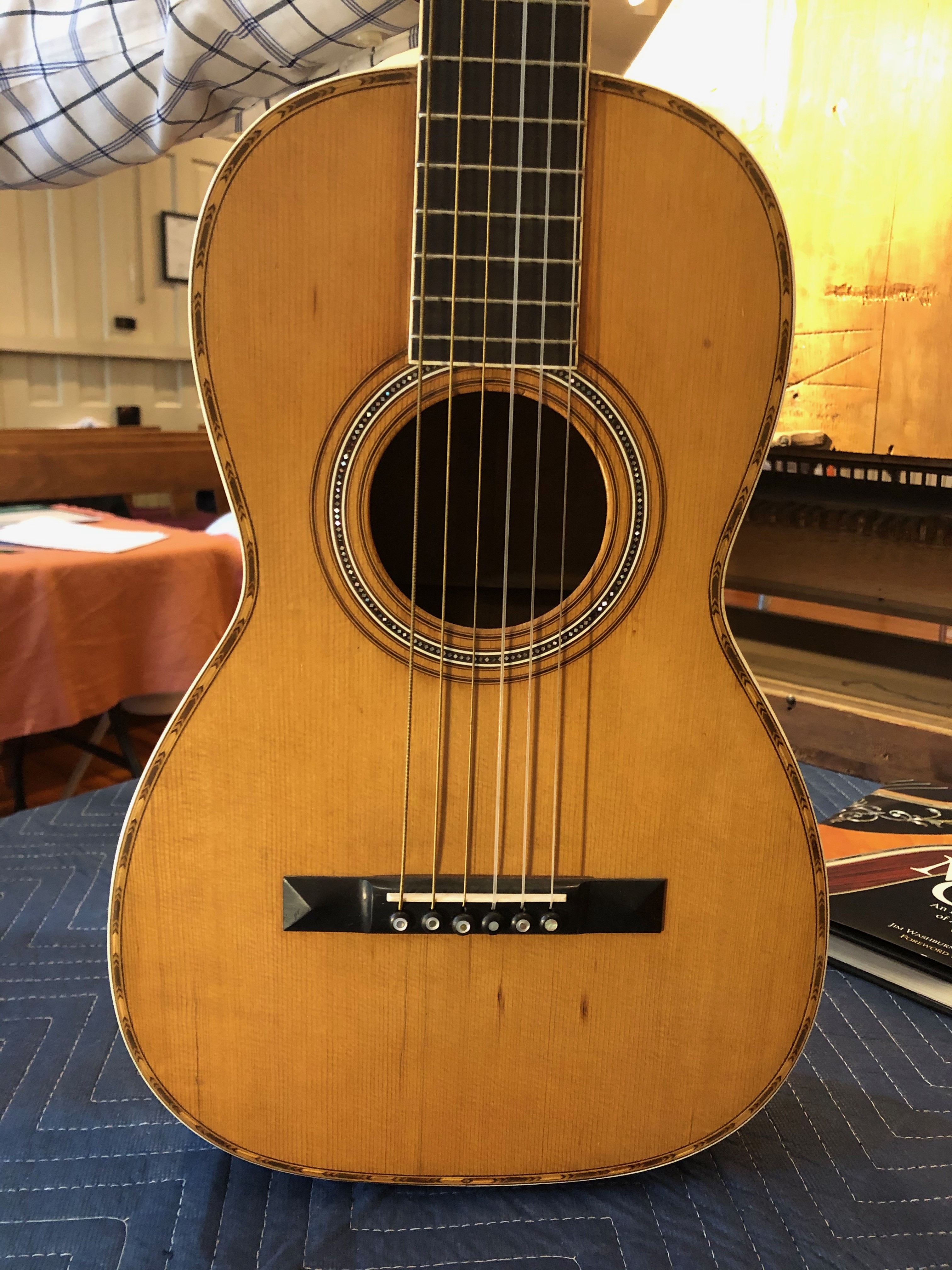 The Moravian Historical Society has quite an interesting old Martin guitar in its collection.

From the dimensions shown below some interesting observations can be made.

Firstly, the scale length of 22.56” indicates this is a “terz” guitar. Terz means “third” in German and refers to the guitar being tuned 3 half-tones higher than a normal guitar.

With its 11” wide lower bout and a body length of 16.5” it is a very tiny guitar (Figure 1 and 2), usually recorded by Martin as size 5. The author has measured about 60 Martin guitars from the 1830’s to the 1850’s and this guitar is the smallest measured to date. As small as the guitar is, it still has a depth about the same as larger guitars of the period.

1) A cursory examination of the decoration point to the guitar being from the late Martin & Coupa period. John B. Coupa, C. F. Martin’s partner in the “depot” at New York, died in May 1850. From 1852 the Martin records contain detailed descriptions and no guitars like this example are recorded. As a matter of fact, no size 5 guitars at all are recorded between 1852 and 1855.

2) The guitar is X-braced with a single tone bar. This type of X-bracing appeared around 1848 without a tone bar and it is presumed the tone bar was added around 1850.

3) The neck block is rectangular (with chamfered corners) and there is no Spanish foot (Figure 3). A Spanish foot was a decorative piece of wood, often pointed, that was the same width as the neck block and was glued to the back of the guitar. This is a distinctive feature of most Martin & Coupa guitars.

4) The guitar has German silver “Jerome” tuners with tulip-shaped ivory buttons (Figure 4). Jerome tuners were made in France and usually had more rounded buttons by the 1850’s. Martin did not use a lot of German silver tuners so maybe these are left-overs from a few years earlier.

6) The fancy purfling around the edge of the guitar has rarely been encountered (Figure 5). The Martin Guitar Co. museum has a sample board of purfling patterns that dates to around 1854. The particular style on this guitar does not appear on the sample board, which would suggest the purfling comes from an earlier period.

7) The guitar has a fancy strip of purfling down the back of the guitar. This is typical for better grades of Martin guitars into the 20th century.

The guitar back and sides are made of Brazilian rosewood. The back is veneered with spruce, as can be seen through the sound hole. This design feature is very common on Martin guitars well into the 1850’s.

The top is red spruce but the museum number card (Figure 7) is quite correct in describing it as “Pocono spruce”, since C. F. Martin purchased spruce from a supplier in Effort PA, just north of Nazareth, as late as 1888.

Although Martin had not codified their styles at this time, they were selling guitars that would be roughly equivalent to later styles (based on the little correspondence that exists from the 1840’s). For example, a dealer might order a size 2 guitar with certain features and a whole price of $27. This would be the same as saying style 2-27 in later parlance. Some details might be a little different but the overall style would be recognizable.

The same logic applies to this guitar. The first clue is the ivory binding on the body and on the neck “to the nut” (meaning the whole neck is bound). This was a feature on style 27 guitars and above.

The next clue is the tuners. German silver tuners were used on style 30 and above (style 27 guitars had brass tuners). However, since the guitar does not have an ivory bridge, a feature of style 34 guitars, it is most likely an early form of style 30.

Martin was a little vague on describing the “ornamentation” or purfling on his guitars. Style 30 is recorded as having “fine” purfling. However, this referred to a group of different purfling patterns of equivalent value, that could be used interchangeably, rather than a fixed type of purfling for a particular style of guitar. 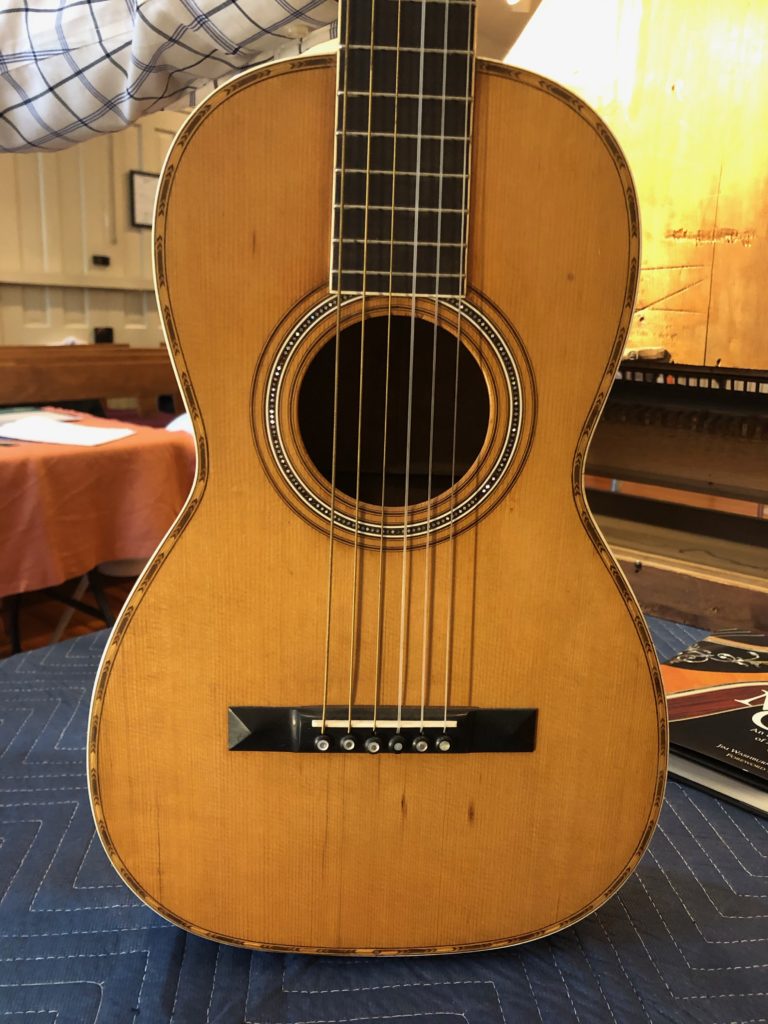 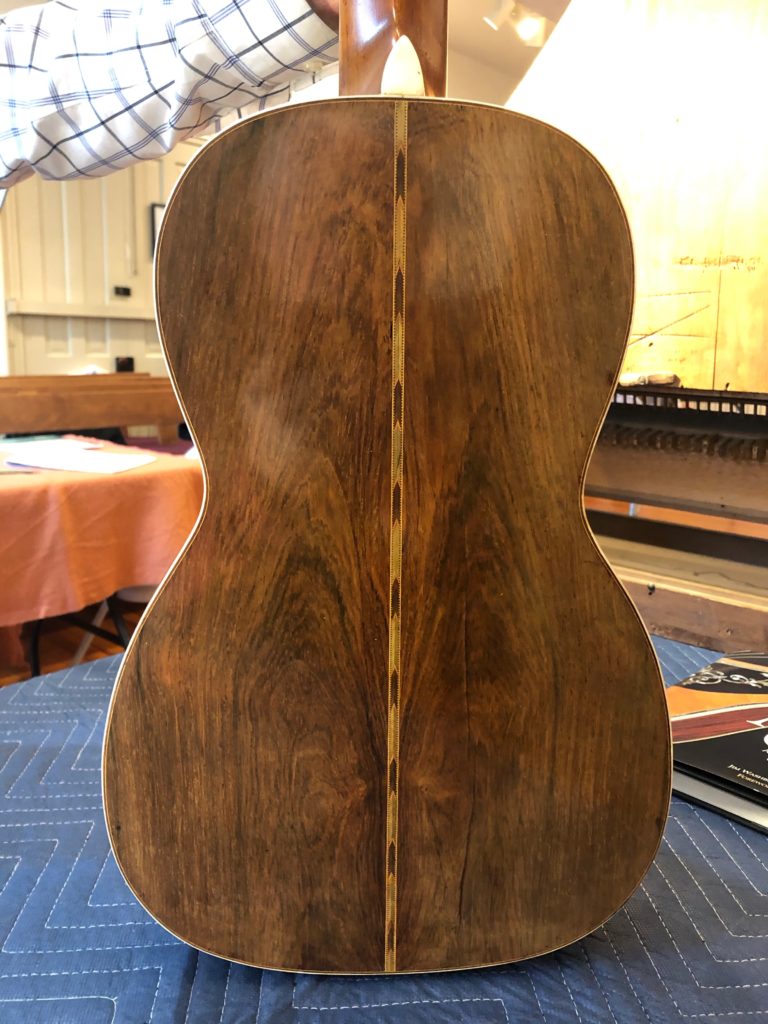 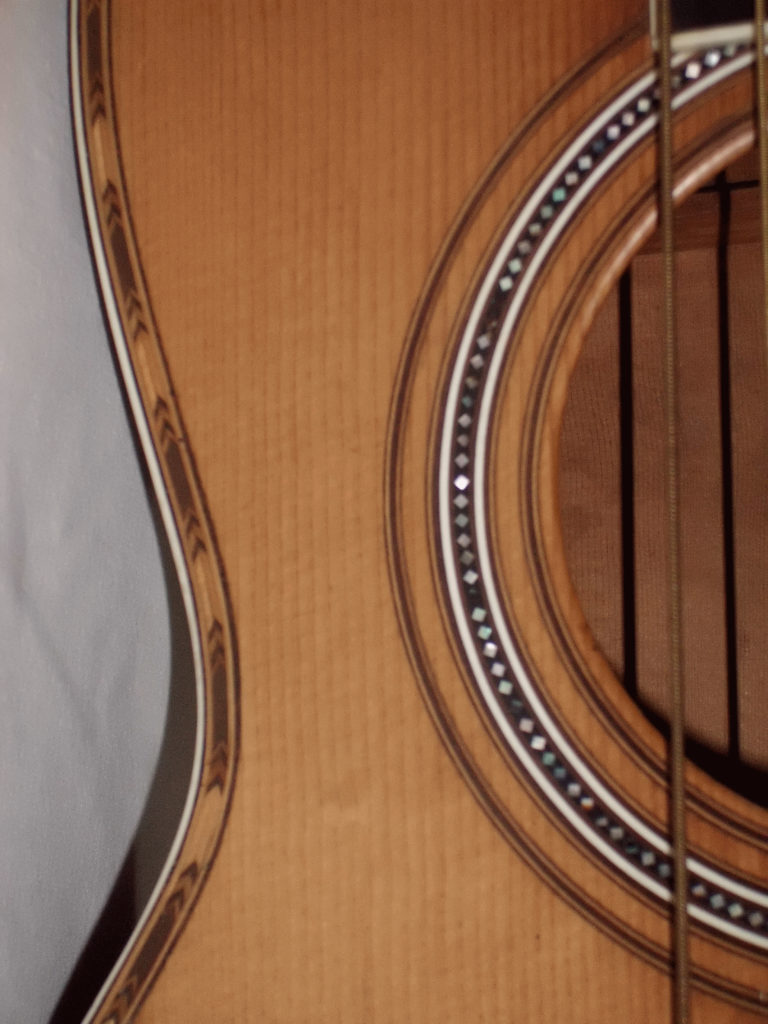 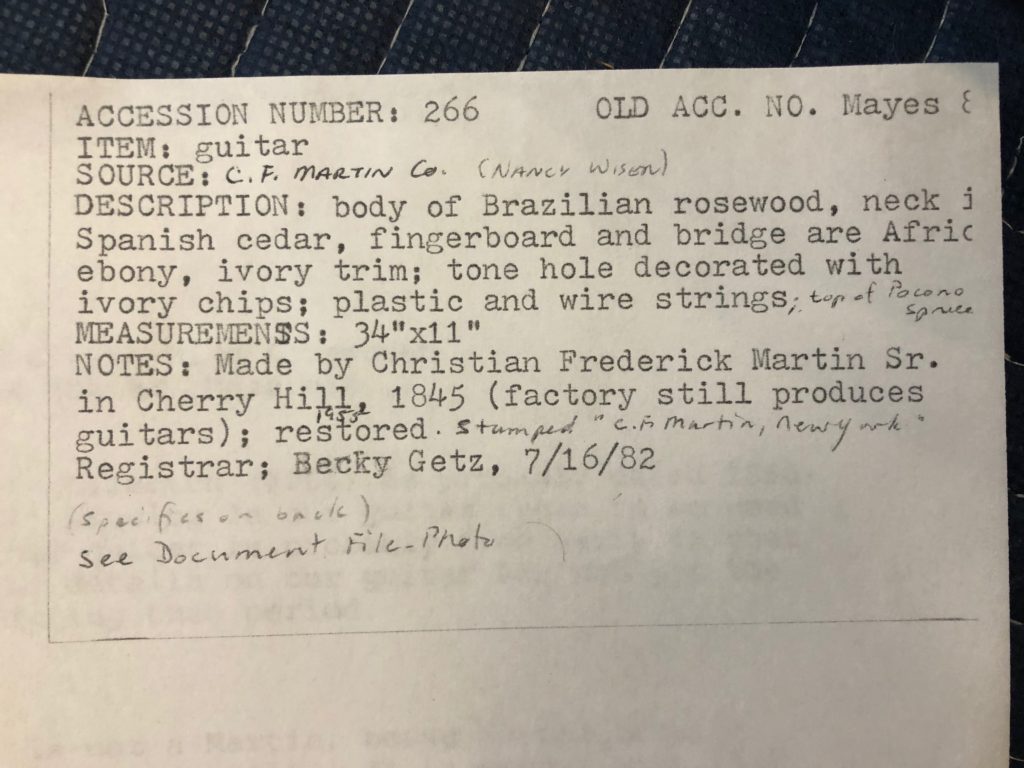