Here is a rare early Martin terz guitar. Terz means "third" in German and refers to the fact that these guitars were tuned three half tones higher than normal. This guitar has a scale length of only 22-1/4". A short scale length is a feature of all terz guitars.

Sadly, this guitar has seen a lot of abuse over its long life. The moustache bridge has been replaced by a pyramid bridge. The neck has been stripped of its "ebonized" finish but, on the other hand this allows the construction of the head stock joint with the neck to be seen to advantage. The single sound hole ring does not look original.  Although the top appears to be the very fine grained European spruce that Martin used on pre-1840 guitar, the whole guitar has been refinished. The guitar originally had an elevated fingerboard and clock key adjustment mechanism but this have been replaced and an ebony fingerboard glued to the top of the guitar.

Now for the good news! The guitar retains its type 2 "C. Frederick Martin" label which dates it to 1834. More importantly the guitar retains its original domed head stock shape and "two side screws". Although the Martin records indicate about 25% of the guitars made in 1834 had "two side screws", this is the only example known. The tuners themselves are relatively crude, with cast brass buttons and  roughly cut gear cogs, and suggest that Martin brought a supply with him from Saxony. Only one other guitar, from early 1837, is known with a domed head stock and "two side screws" but in this case the tuners are of a different type.

The last photo shows a detail shot of a type 2 label from another guitar. The type 1 label is practically identical to the type 2 label but is missing the line "from Vienna, pupil of the celebrated STAUFFER". Only one type 1 label is known. It is in a guitar on display at the Martin Guitar Co. Museum.

Back and sides: Bird's-eye maple

The chapter on dendrochronology in "The Century that Shaped the Guitar" (Westbrook 2005) convincingly demonstrates the top wood of early Martin guitars is European spruce. The only conclusion that can be drawn is that C. F. Martin Sr. brought a supply of European spruce with him when he emigrated from Saxony. All known pre-1840 Martin guitars have this type of top wood. Since Martin made approximately 400 guitars between 1834 and early 1840 this must have been the extent of his original supply.

Single strip of rosewood binding on top and back (probably original)

"C. F. Martin/New York" stamp on back near heel 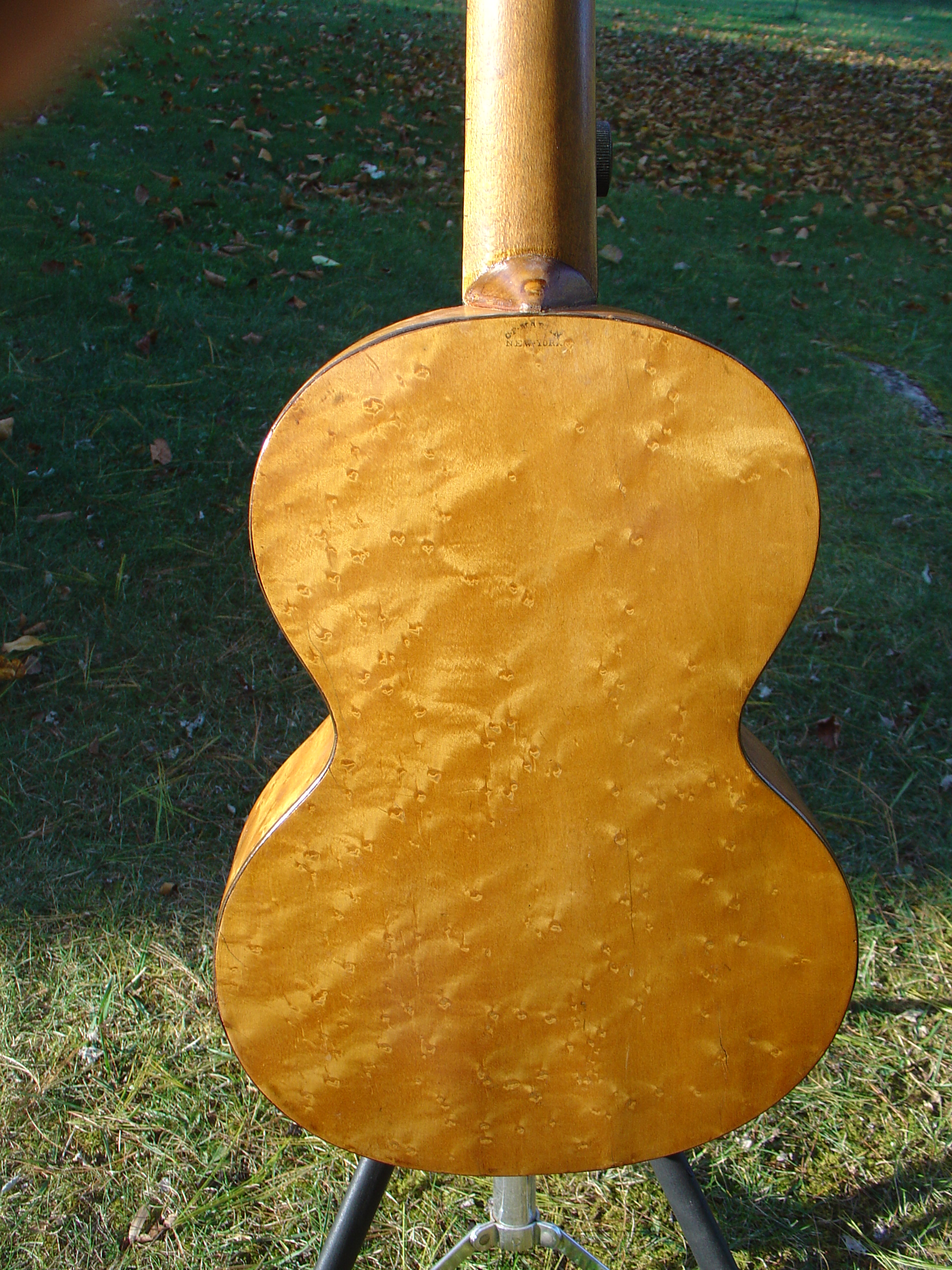 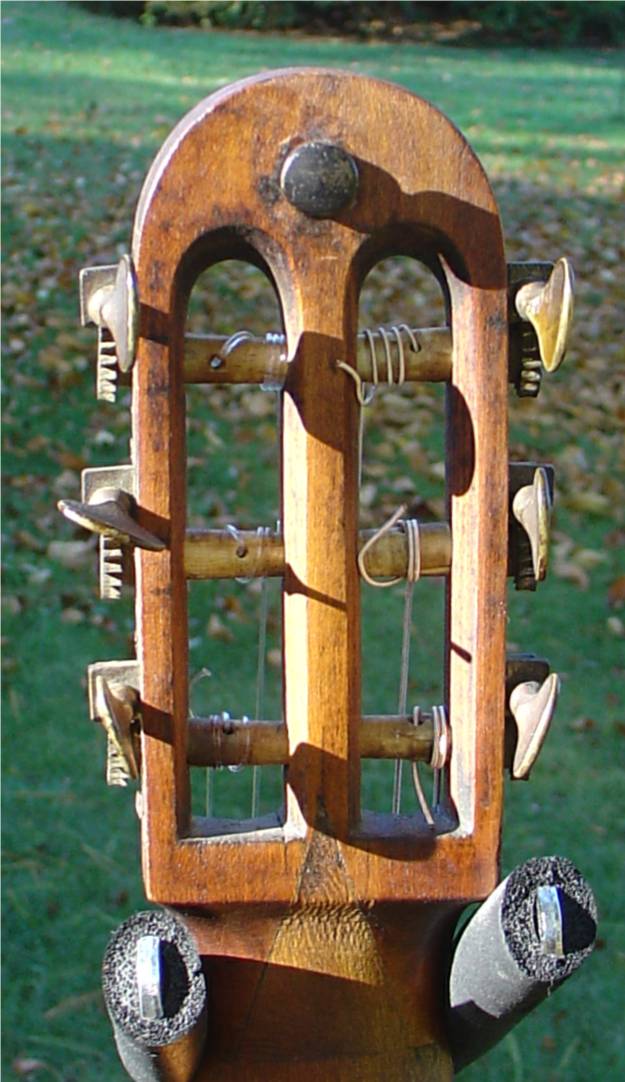 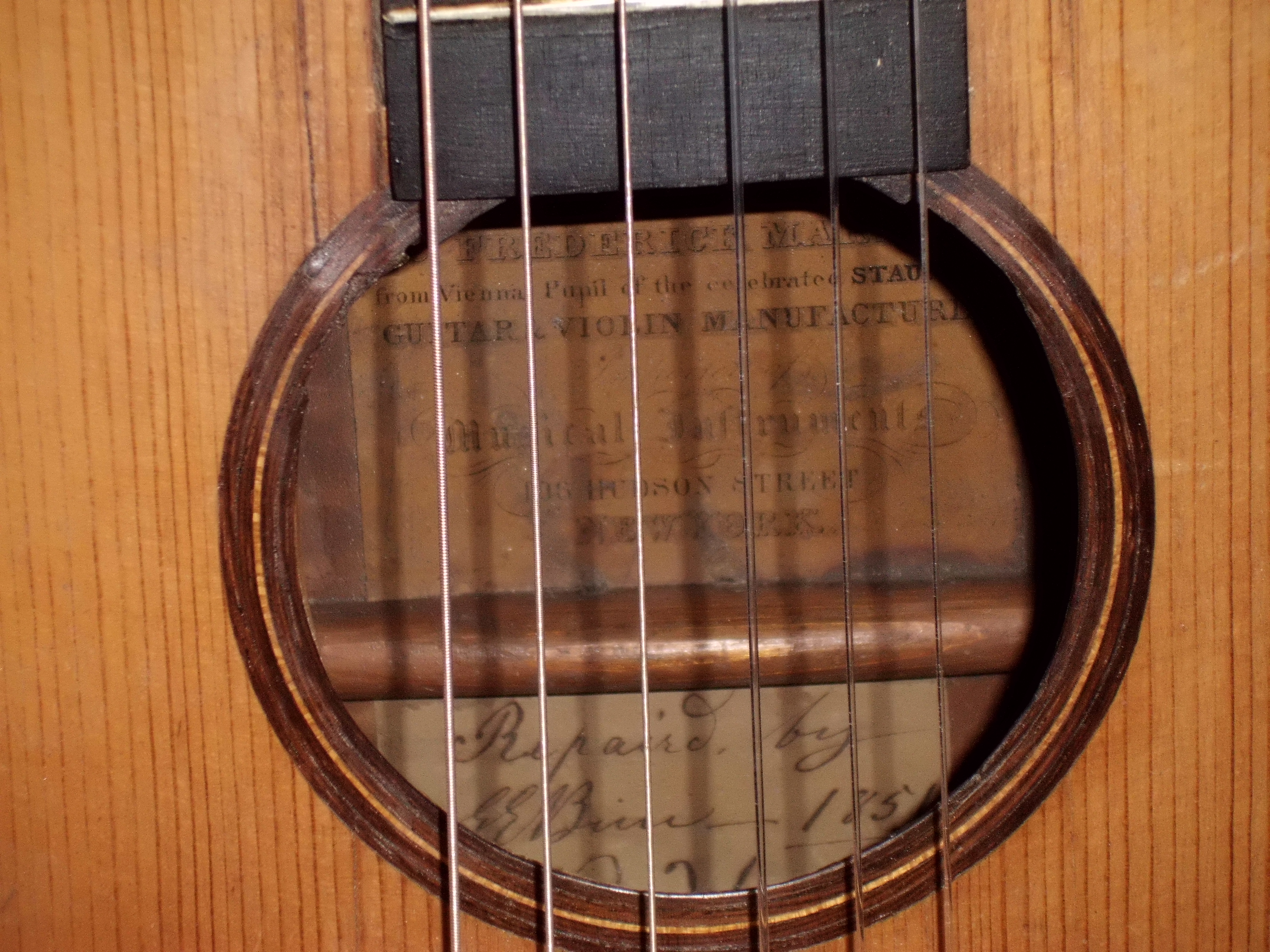 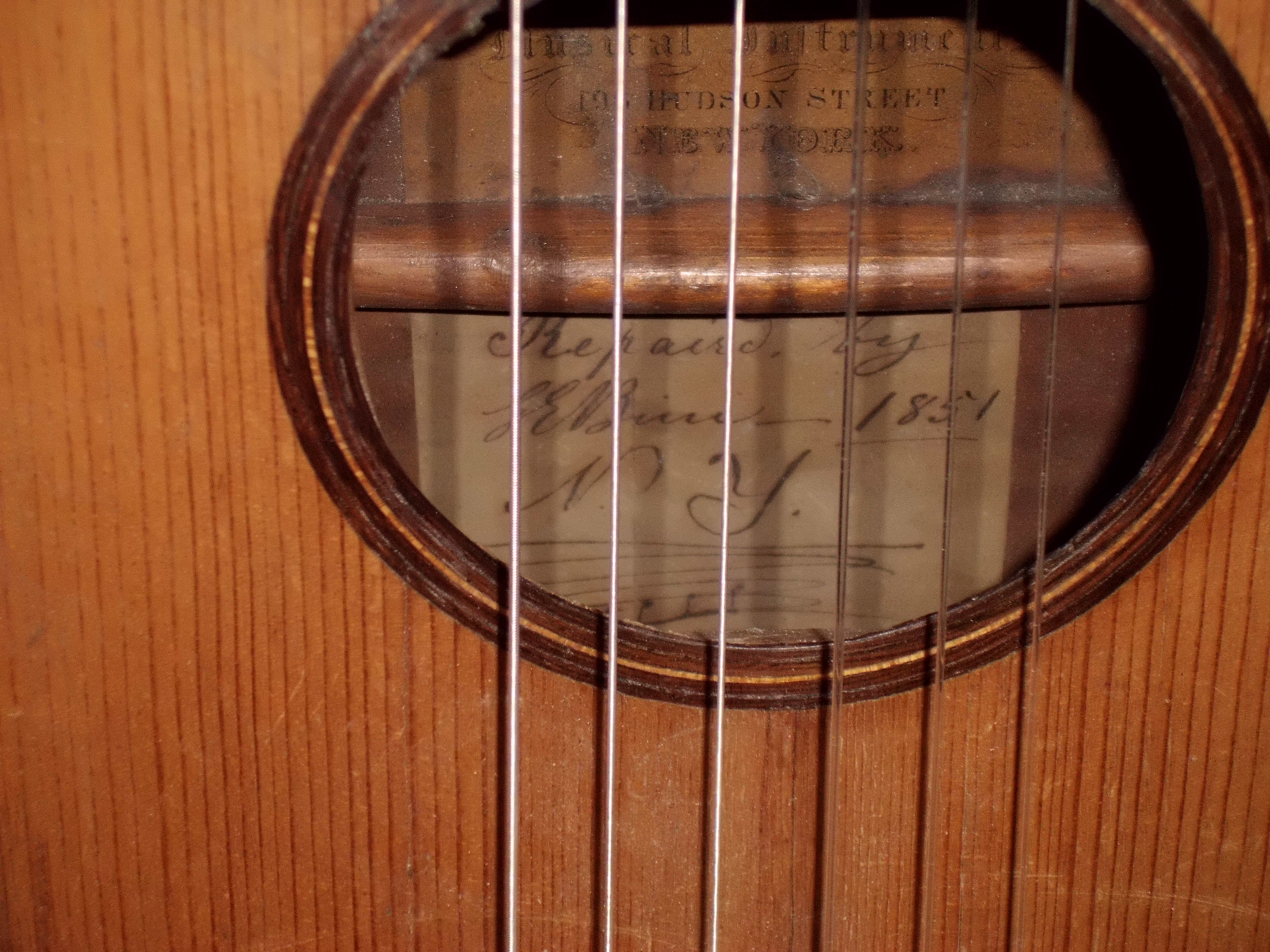 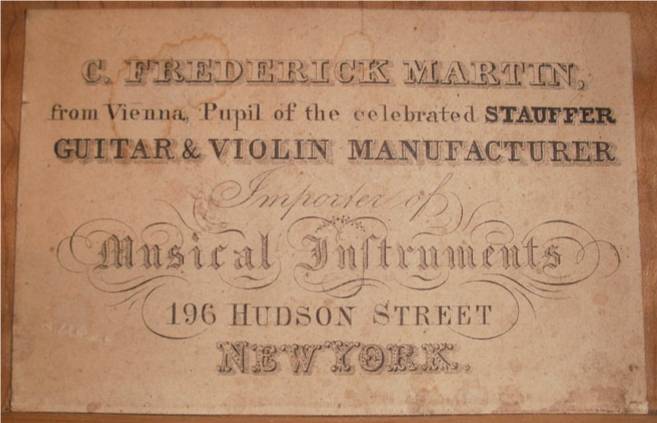