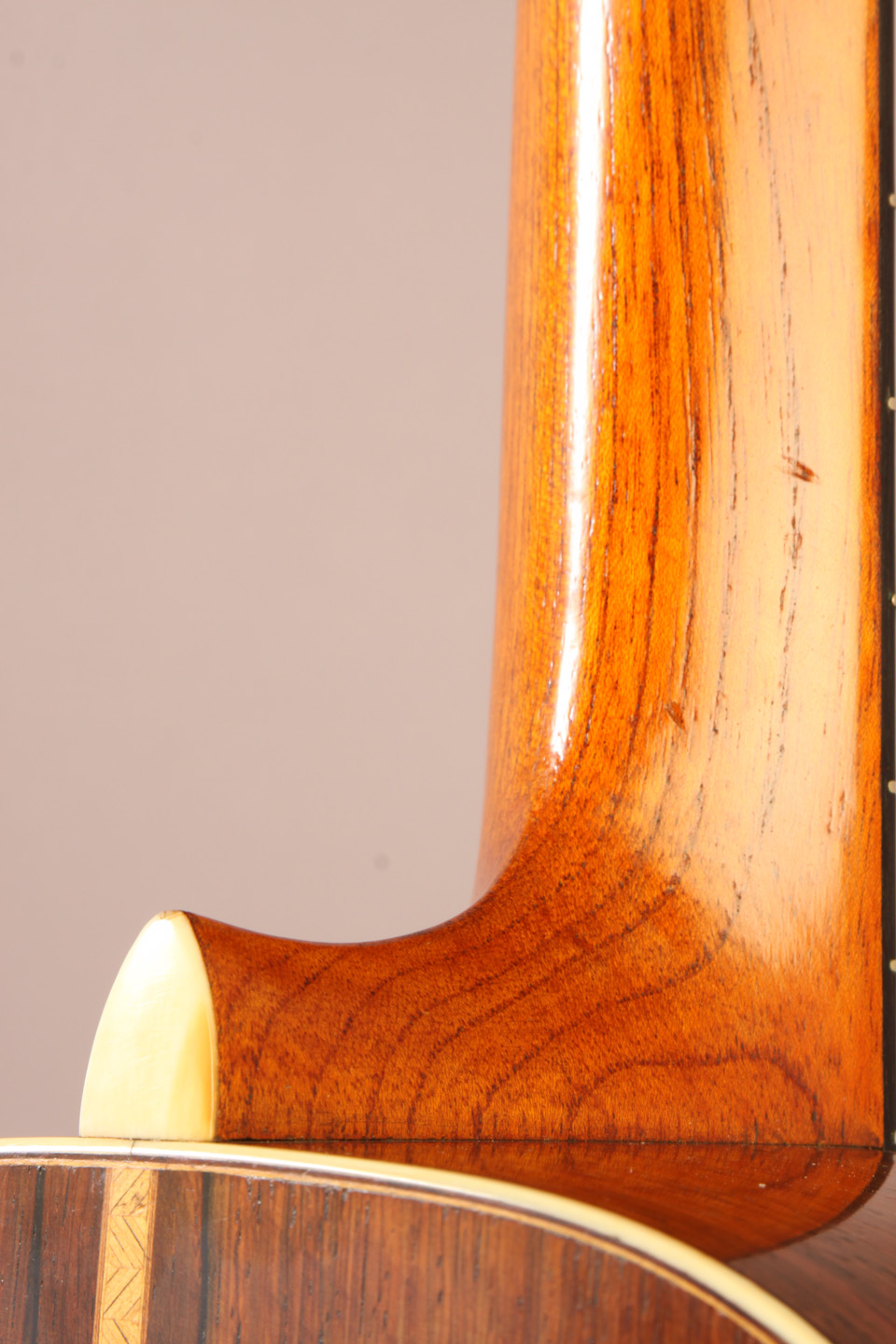 This guitar is an early Martin 0-27 and is unusual for a number of reasons.

Most collectors are familiar with 2-27 guitars that make up the large majority of style 27 guitars made. Size 0 guitars in style 27 are quite rare: only thirty-nine 0-27 guitars were made between 1856 and 1863 and of these only twelve had friction tuners.

Considering the zig-zag back stripe on this guitar, it might be suggested this guitar is actually a 0-28 where style 27 purfling was substituted for the usual herringbone (not unheard of in this period, since Martin considered both patterns as "fine). However, another nearly identical guitar exists from the same period and it has brass tuners, a feature of style 27 instruments. See the entry for the other guitar for more details. 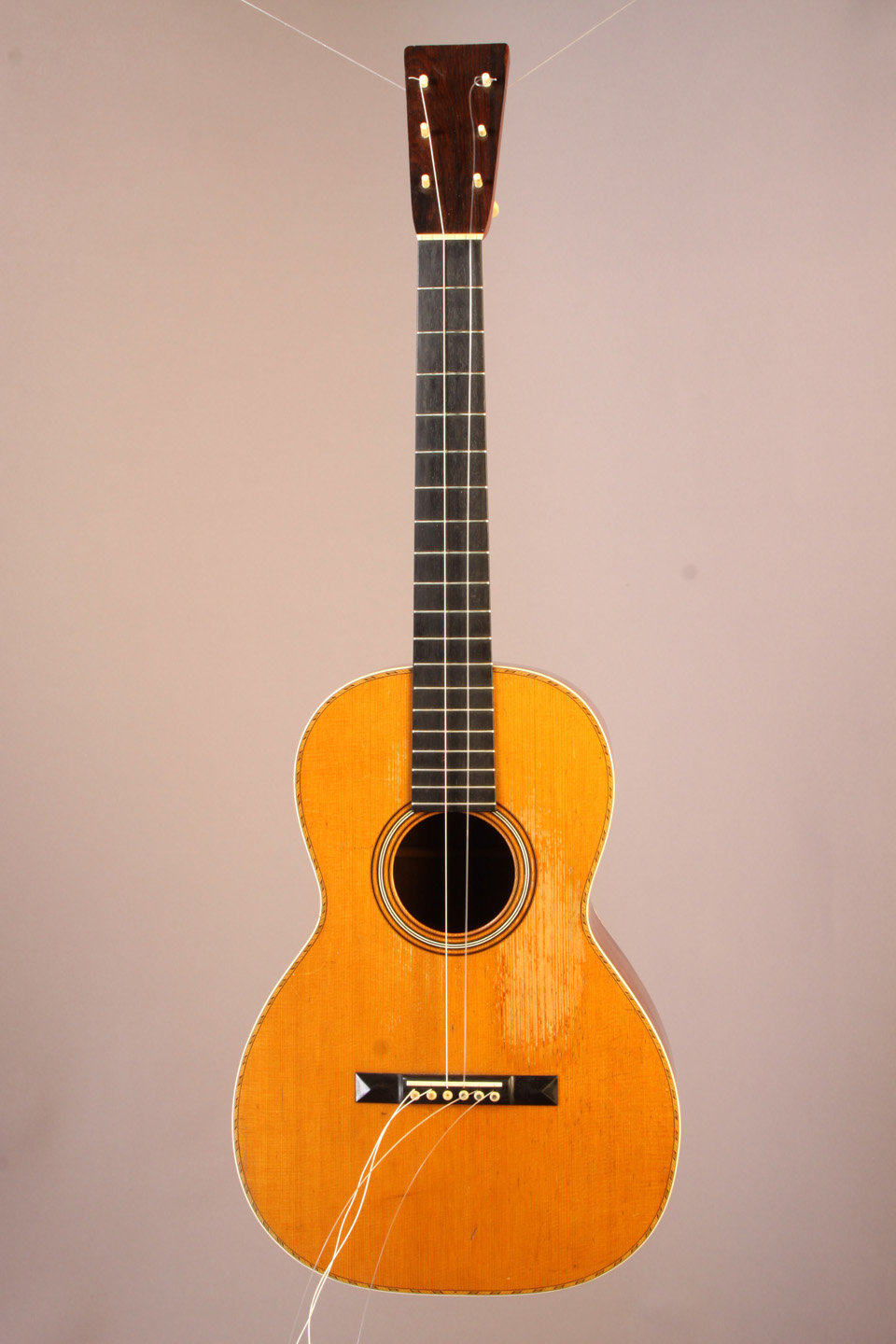 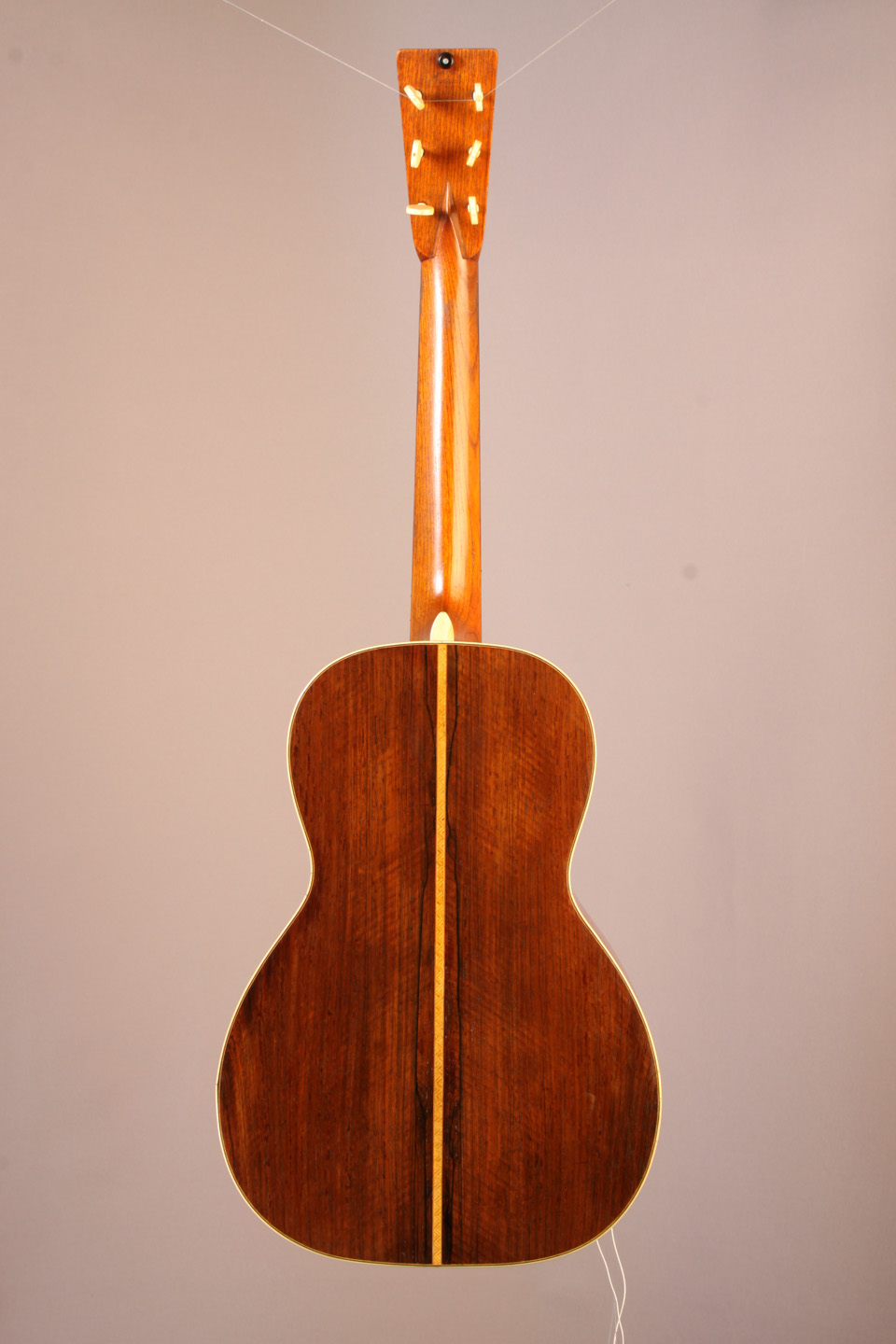 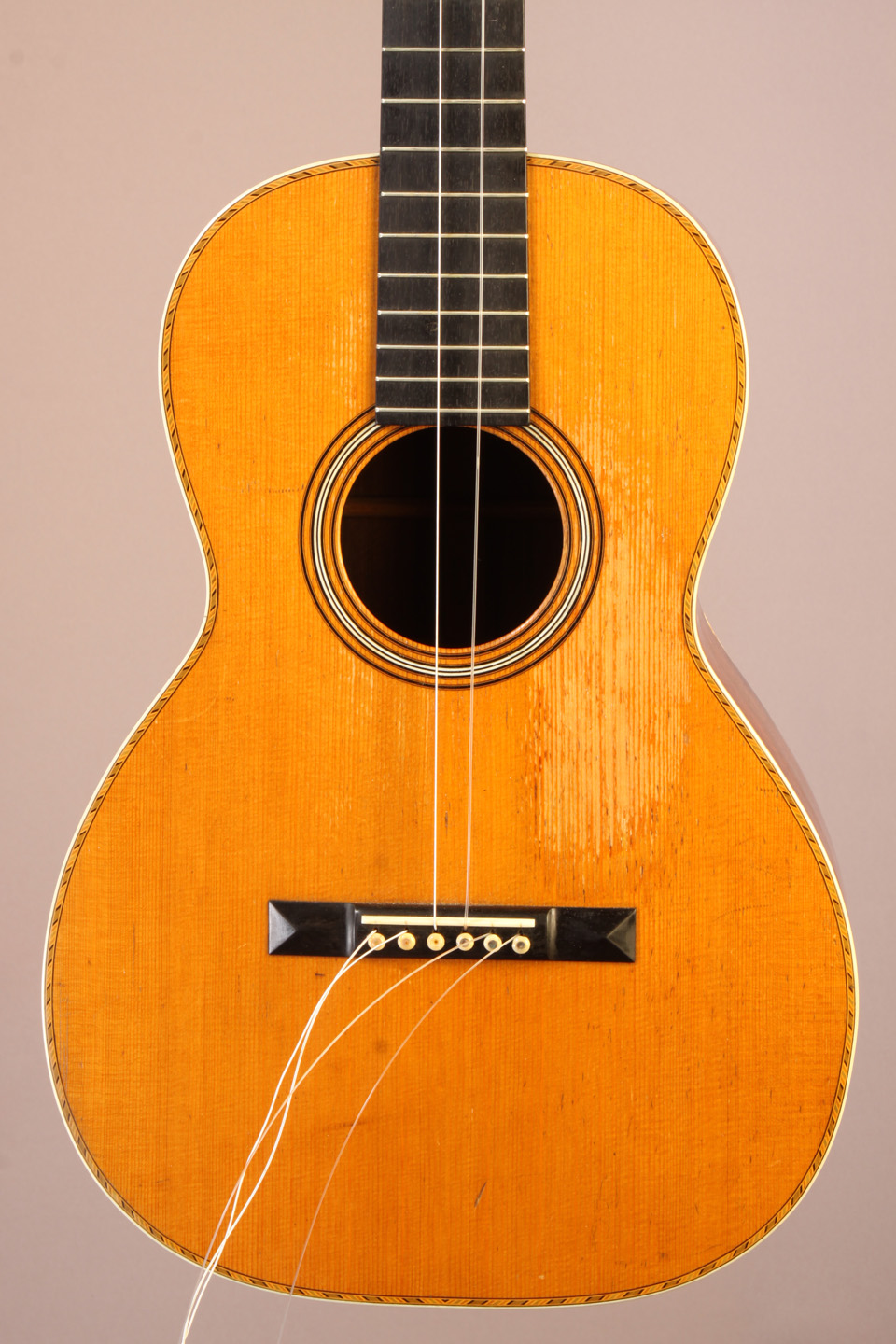 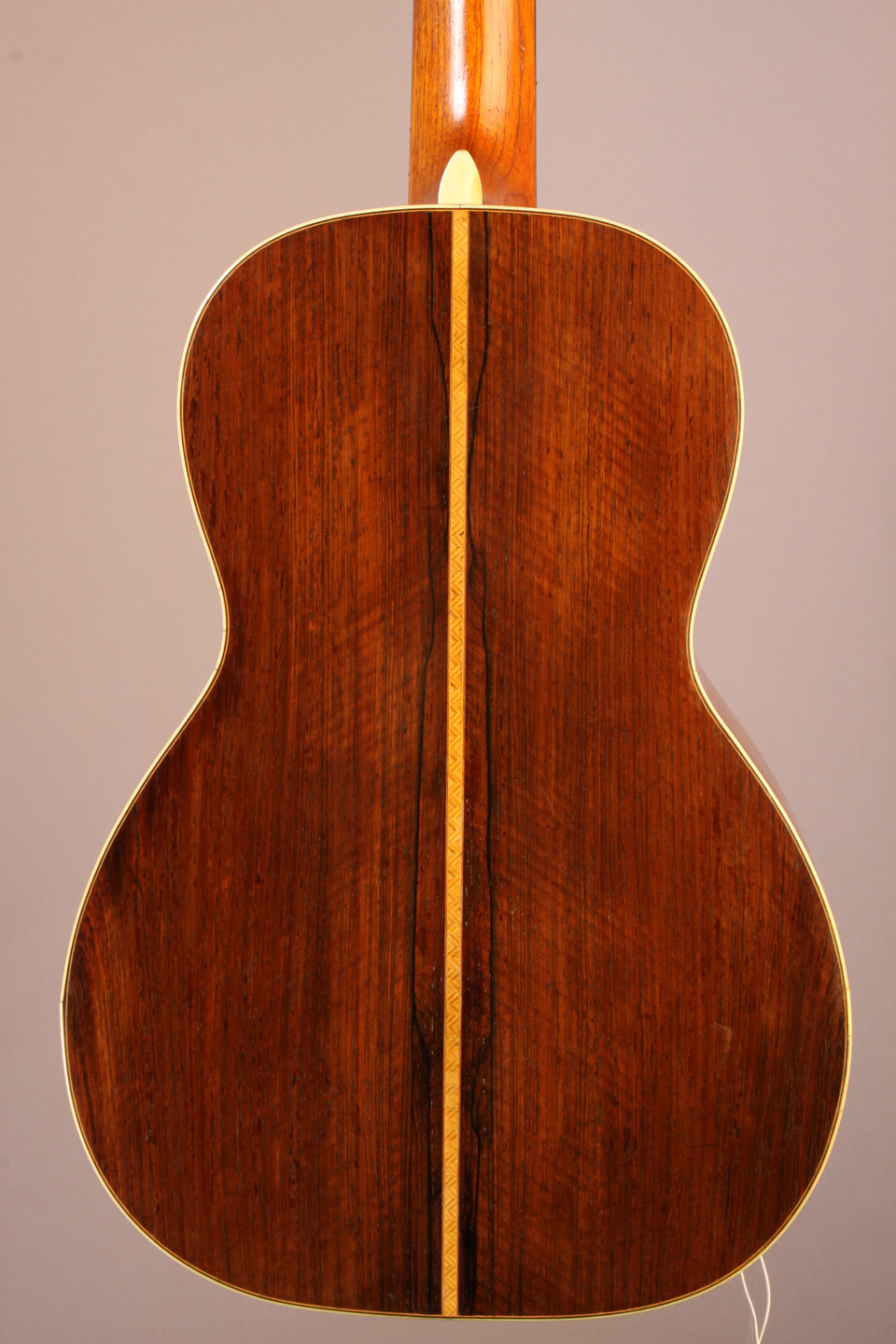 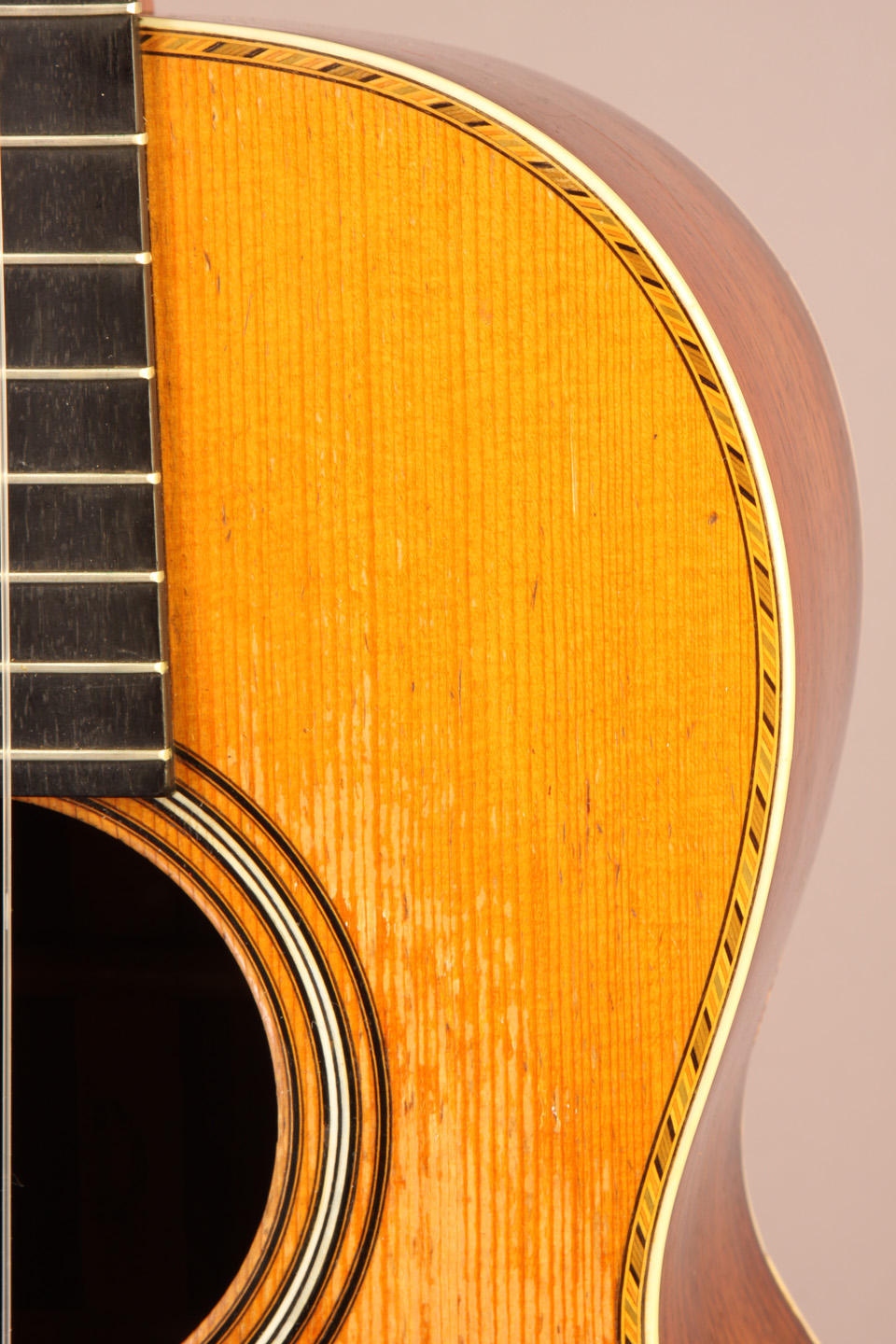 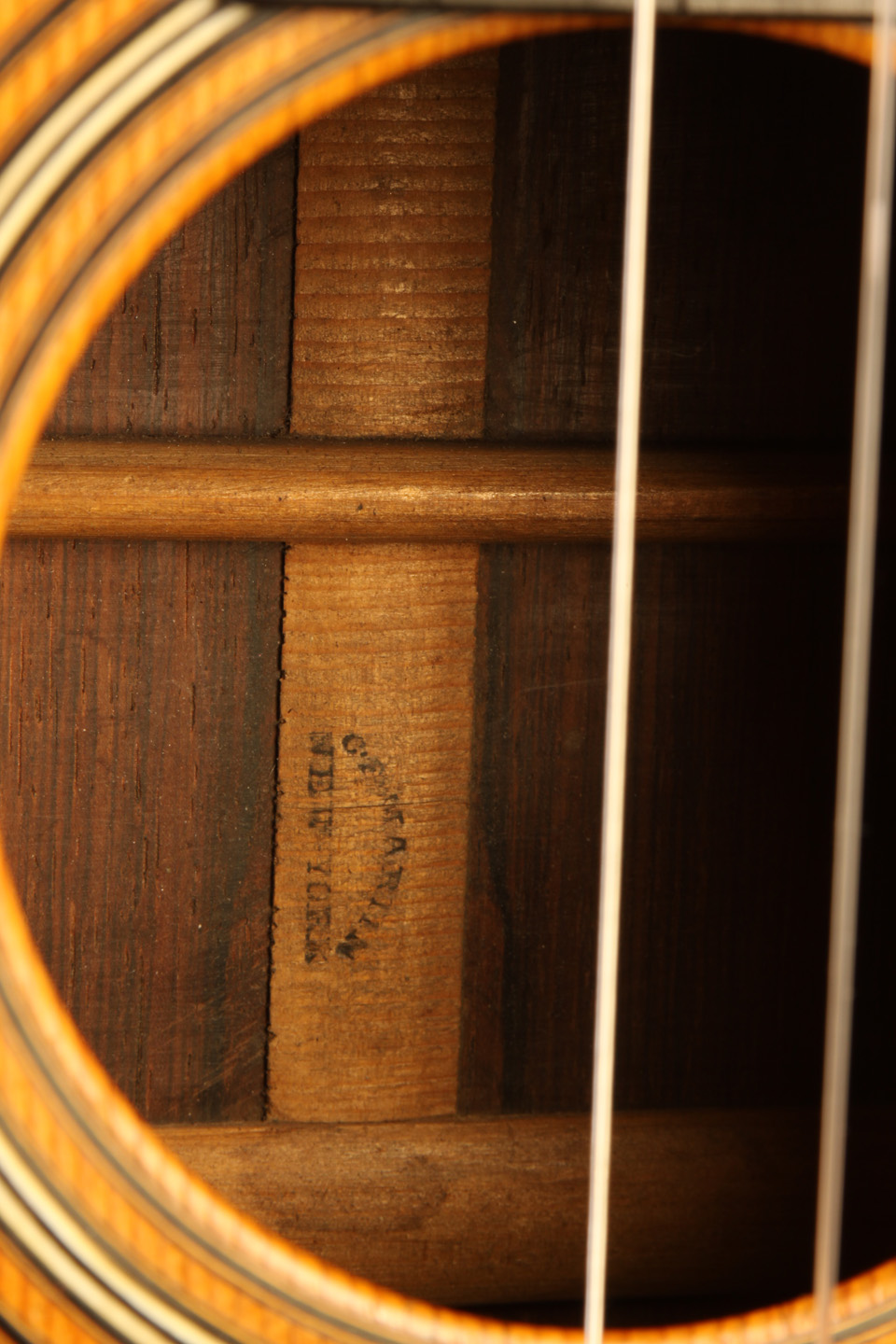 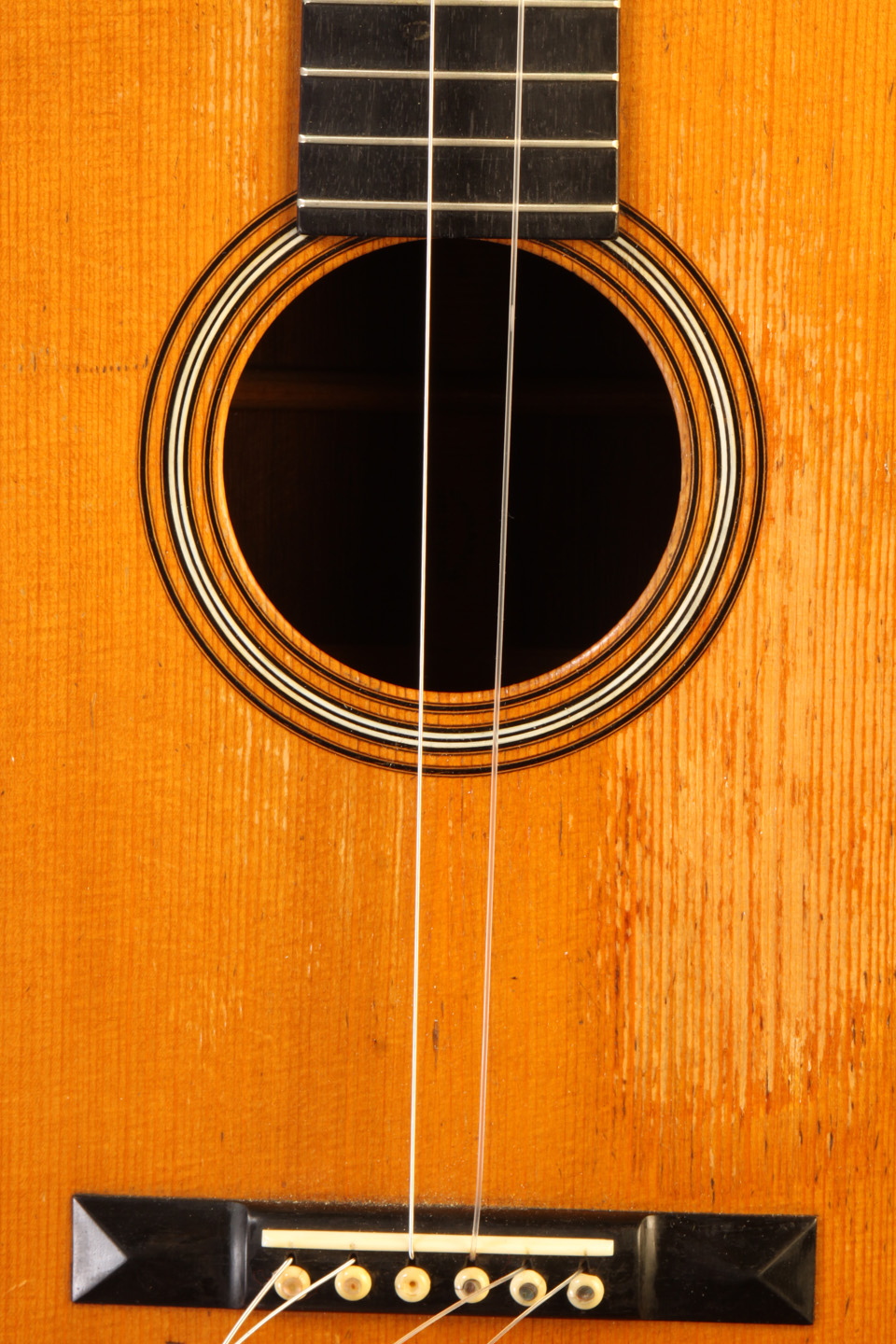 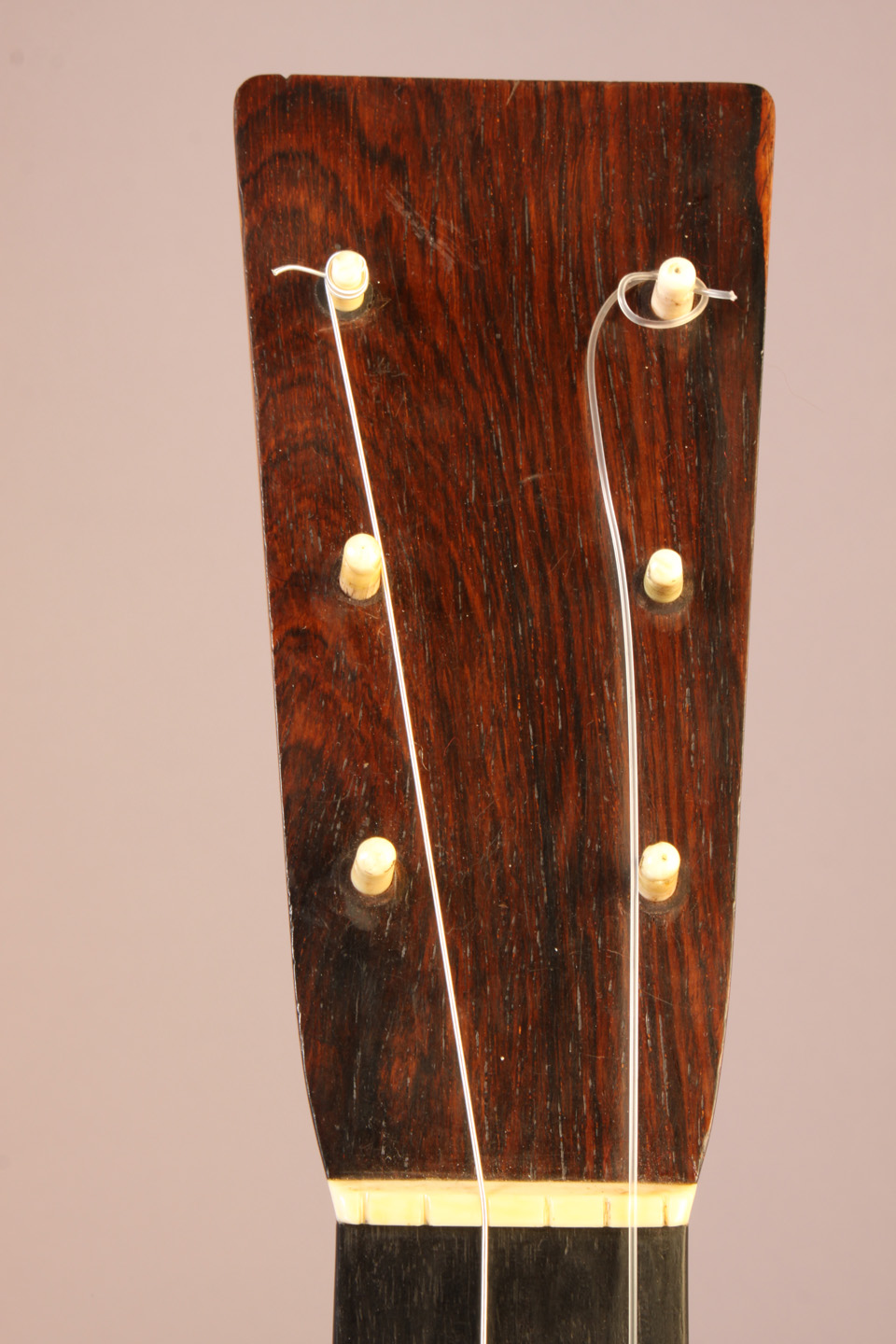 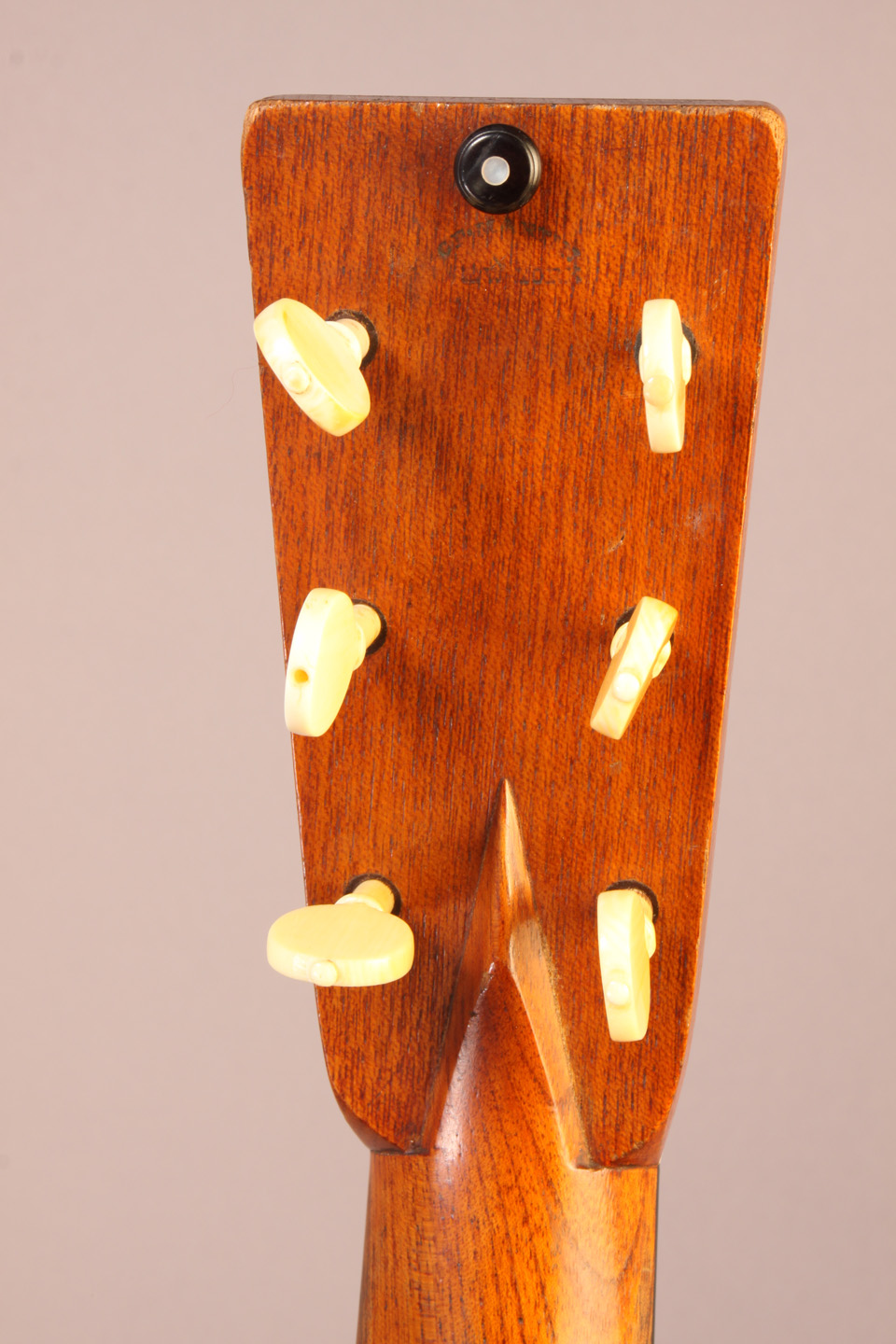 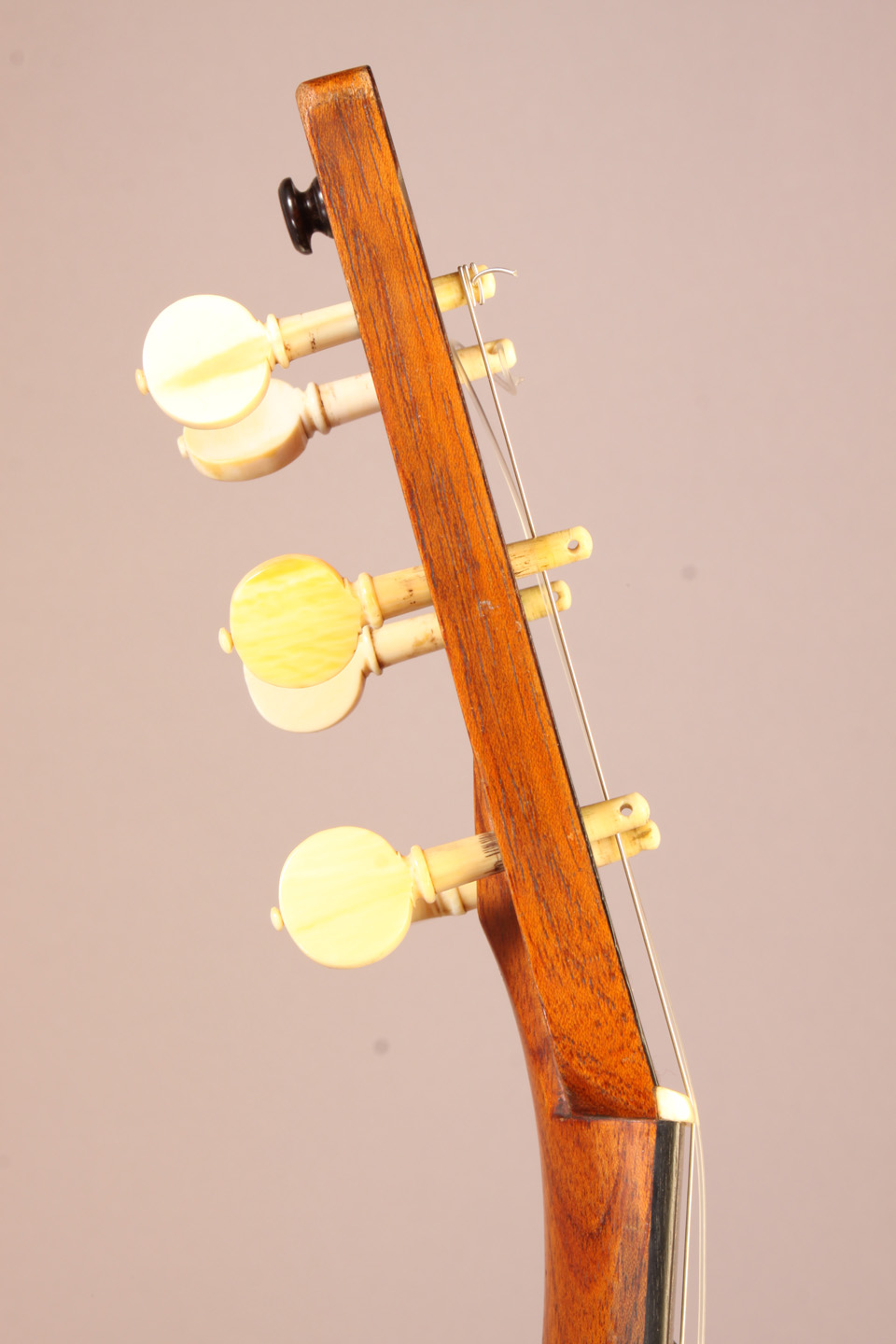