This guitar was made in May 1839 and may well be the last guitar made by C. F. Martin Sr. in New York.

The guitar contains a type 5 Martin label AND a Ludecus & Wolter label. Martin used the type 5 label in two periods, from April 1837 to April 1838 and again from September 1838 to May 1839, after the short-lived Martin & Bruno pertnership ended.

The guitar no longer has the Stauffer shape Martin had used to this point and is in fact the earliest Martin guitar known with the Spanish shape. It is not the fully mature Spanish shape that characterized Martin guitars for the remainder of the 19th century but is a transitional Spanish shape that only appeared in 1839. The easiest way to see the difference is that the bottom of the guitar is more rounded than later guitars, which have a flatter-looking bottom.

The single sound hole ring on the inside of the sound hole is typical for 1830s Martin guitars and not at all like the three ring decoration began to use in 1840.

The chapter on dendrochronology in "The Century that Shaped the Guitar" (Westbrook 2005) convincingly demonstrates the top wood of early Martin guitars is European spruce. The only conclusion that can be drawn is that C. F. Martin Sr. brought a supply of European spruce with him when he emigrated from Saxony. All pre-1840 Martin guitars have  this type of top wood. Since Martin made approximately 400 guitars between 1834 and early 1840 this must have been the extent of his original supply.

Brass Vienna machines or, as Martin often called them,  one side screws. This type of one side screw differs from the type encountered on earlier Martins. 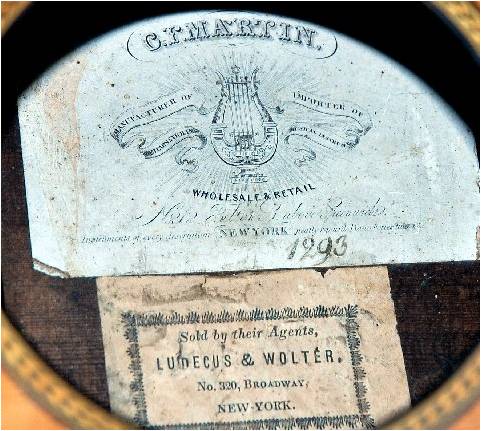 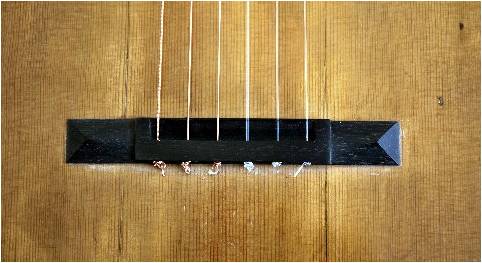 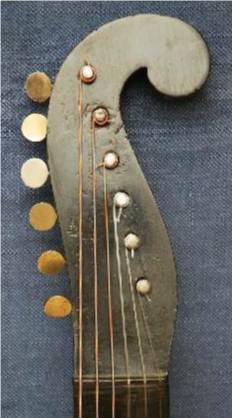 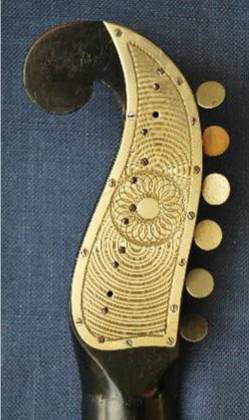