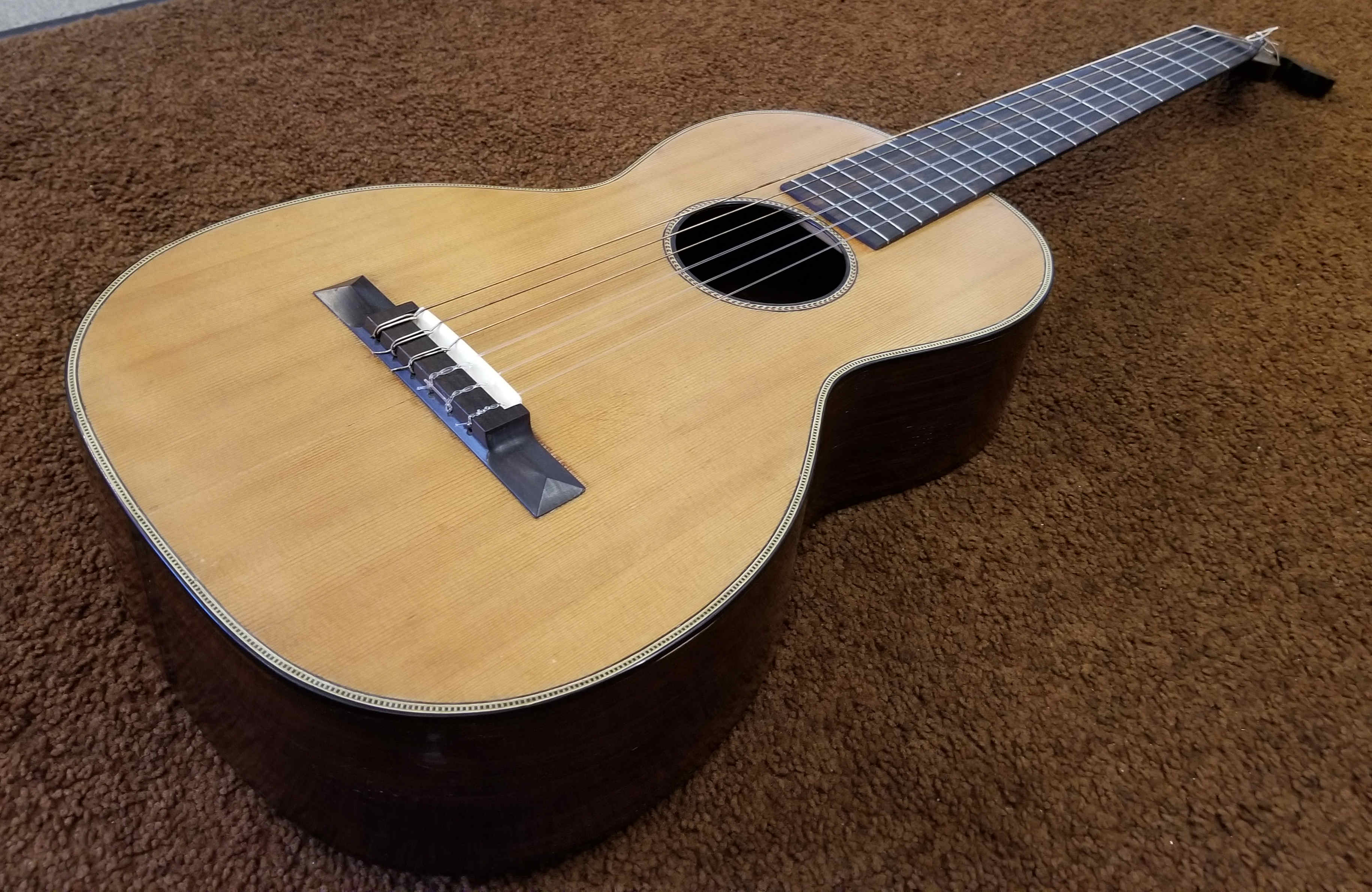 Several other entries for pre-1840 Martins have been posted on this website but this guitar is certainly very interesting from a historical perspective and provides a number of clues about C. F. Martin's early days in the Cherry Hill PA area.

Martin & Schatz had two distinct periods of partnership: from early 1835 to April 1836 and from June 1839 to early 1840. C. F. Martin Sr. moved to Cherry Hill in June 1839 (although his family had been living in the area since the summer of 1838) and re-established his partnership with Henry Schatz. The partnership did not last very long and was dissolved by early 1840.

New research raises the question why the partnership was even necessary. Martin moved to Schoeneck in June 1839 but had rented part of a farm house in April where his family lived until the house in Cherry Hill was bought in December 1839. The Schoeneck farm house allocated part of the house, the root cellar and, most intriguingly, "all the old shop" to Martin. The old shop is still in existence! It was originally a black smith's shop and it is in this location that Martin first started making guitars in the Nazareth area.

Henry Schatz lived about 1-1/4 miles north of Schoeneck and could have easily walked to work in Schoeneck but Martin also had his son, 14 at the time, and, later in 1839, his nephew C. F. Hartmann available for work. The Martin & Schatz clearly existed so maybe it only lasted as long as necessary for C. F. Martin Jr. and C. F. Hartmann to become proficient in the trade.

The label has a serial number, "No. 1304", written on the bottom right hand corner, although the number is faint and not easily distinguishable. Martin added serial number to his label from about October 1836 to early 1840. The known serial numbers cover the range from 1114 to 1341. This indicates 218 guitars were made during this period and fits very well with the actual sale figures deduced from the ledger books. This guitar was probably made in August 1839, just after the agency for New York was taken from Ludecus & Wolter and given to John Coupa.

This guitar is one of the very earliest Martin & Coupa guitars and is also the earliest known example with the fully mature Spanish shape, that Martin used for all their subsequent 12-fret guitars. Martin guitars made between 1834 and 1839 were shaped like the Stauffer guitars from Vienna, not surprising since that is where C. F. Martin Sr. learned his trade. By the time this guitar was made Martin had dropped the Stauffer shape and embraced the Spanish style of guitar. For a brief period around mid to late 1839 Martin made a transitional shape that was no longer Stauffer-shaped but was not quite Spanish shaped. The easiest way to recognize the transitional Spanish shape is that the bottom is more rounded than the later Spanish models, which have a flatter bottom.

(The chapter on dendrochronology in "The Century that Shaped the Guitar" (Westbrook 2005) convincingly demonstrates the top wood of early Martin guitars is European spruce. The only conclusion that can be drawn is that C. F. Martin Sr. brought a supply of European spruce with him when he emigrated from Saxony. All pre-1840 Martin guitars have  this type of top wood. This guitar is the sole example of a European spruce top that made it to 1840.) Since Martin made approximately 400 guitars between 1834 and early 1840 this must have been the extent of his original supply.

Martin & Coupa guitars were made for 10 years between 1840 and Coupa's death in May 1850. Over that period Martin made many changes as he perfected his guitars and these changes can be used to help date Martin & Coupa period guitars, even in the absence of archival information.

In the fifth photograph it can be seen there is a crescent-shaped piece of that forms the bottom of the neck block and extends to the rim of the guitar on either side. This feature is only seen on guitars circa 1840 to 1841.

The top bracing pattern is a three-strut fan brace.

A "C. F. Martin New York" stamp is on the back of the guitar near the heel.

Early ebony pyramid bridge. Martin tie bridges were only used up to 1843 and have a distinctive ivory drop-in saddle.

Brass Vienna machines or, as Martin often called them,  one side screws. This type of one side screw differs from the type encountered on earlier Martins 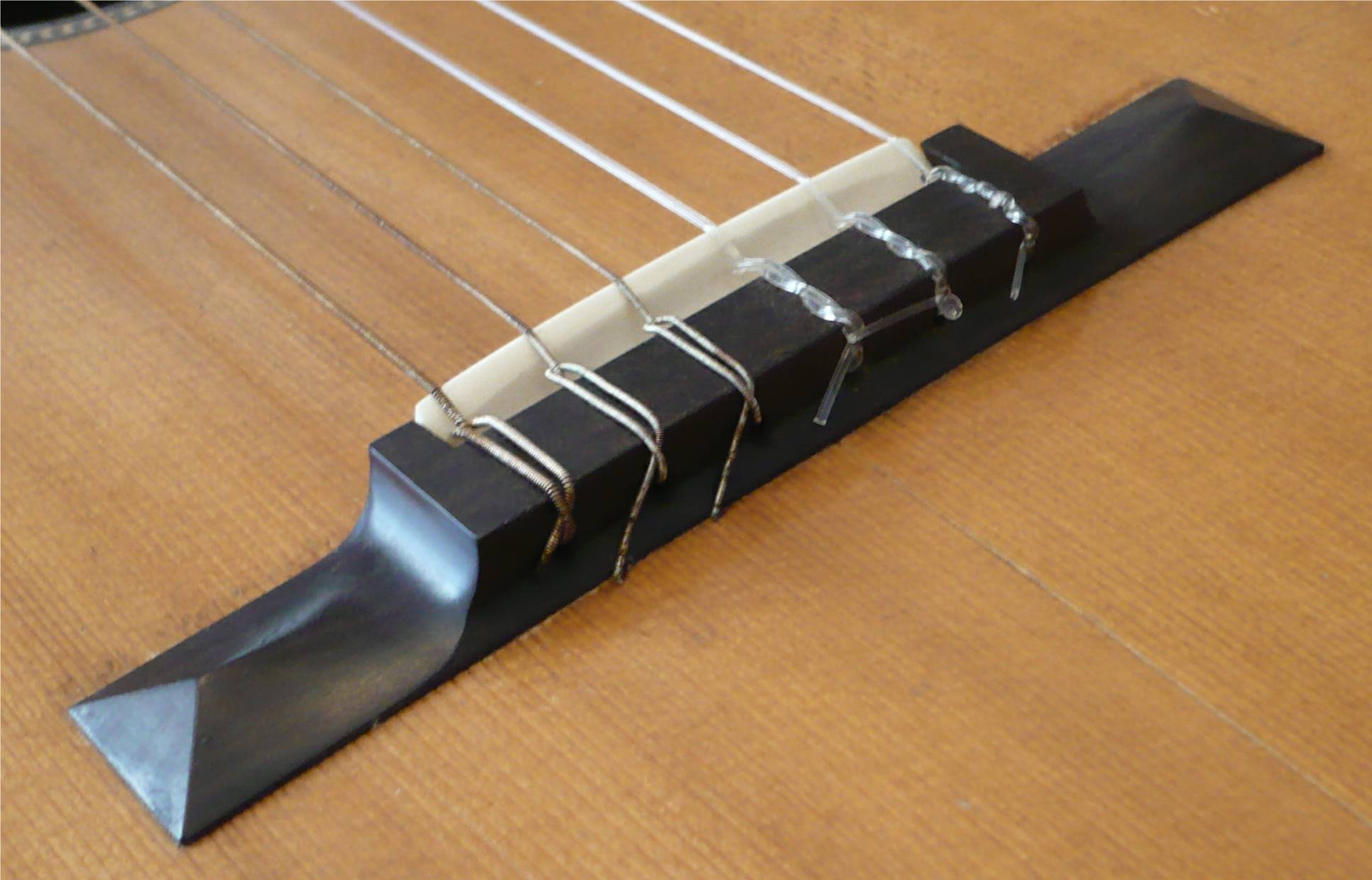 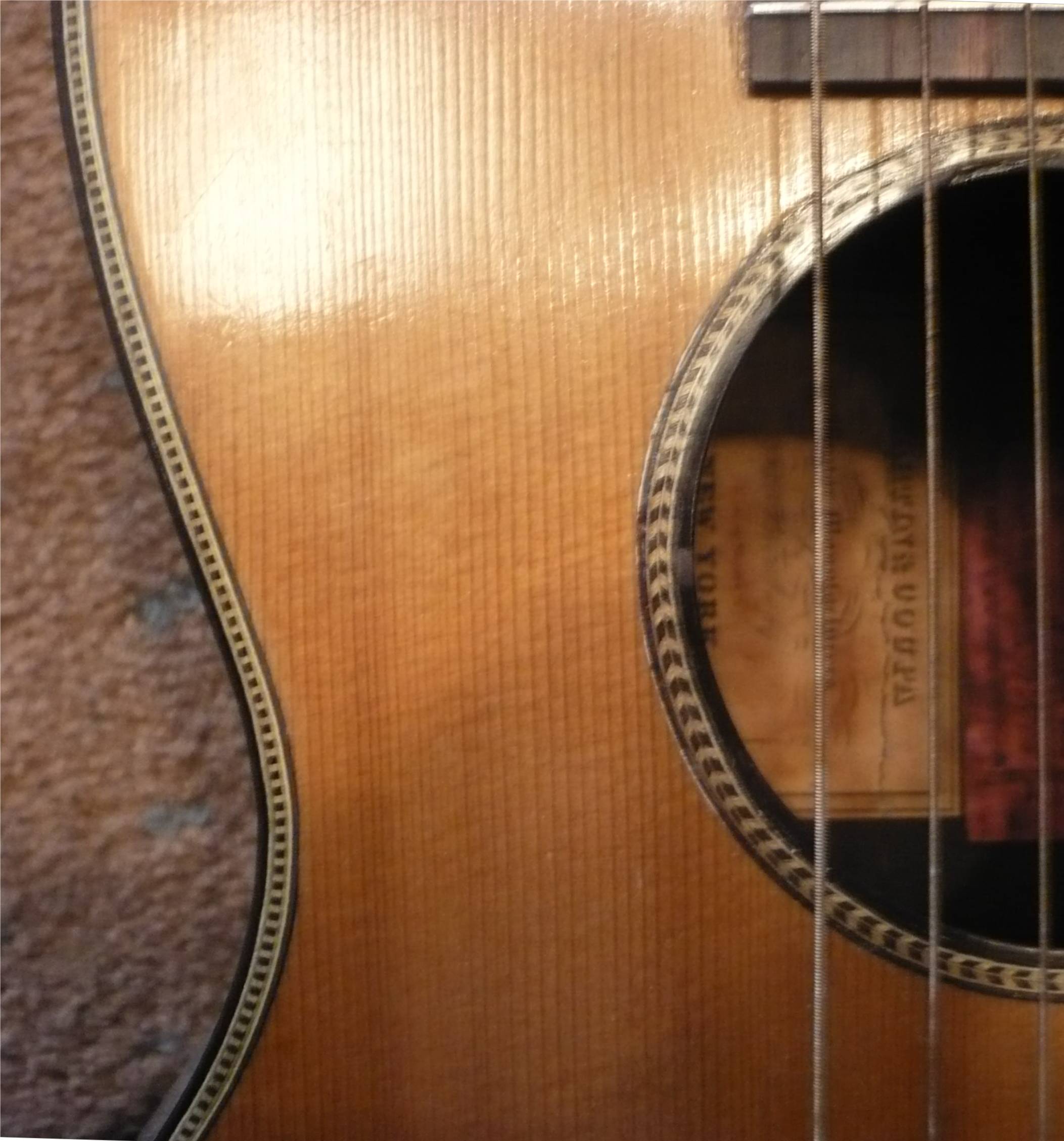 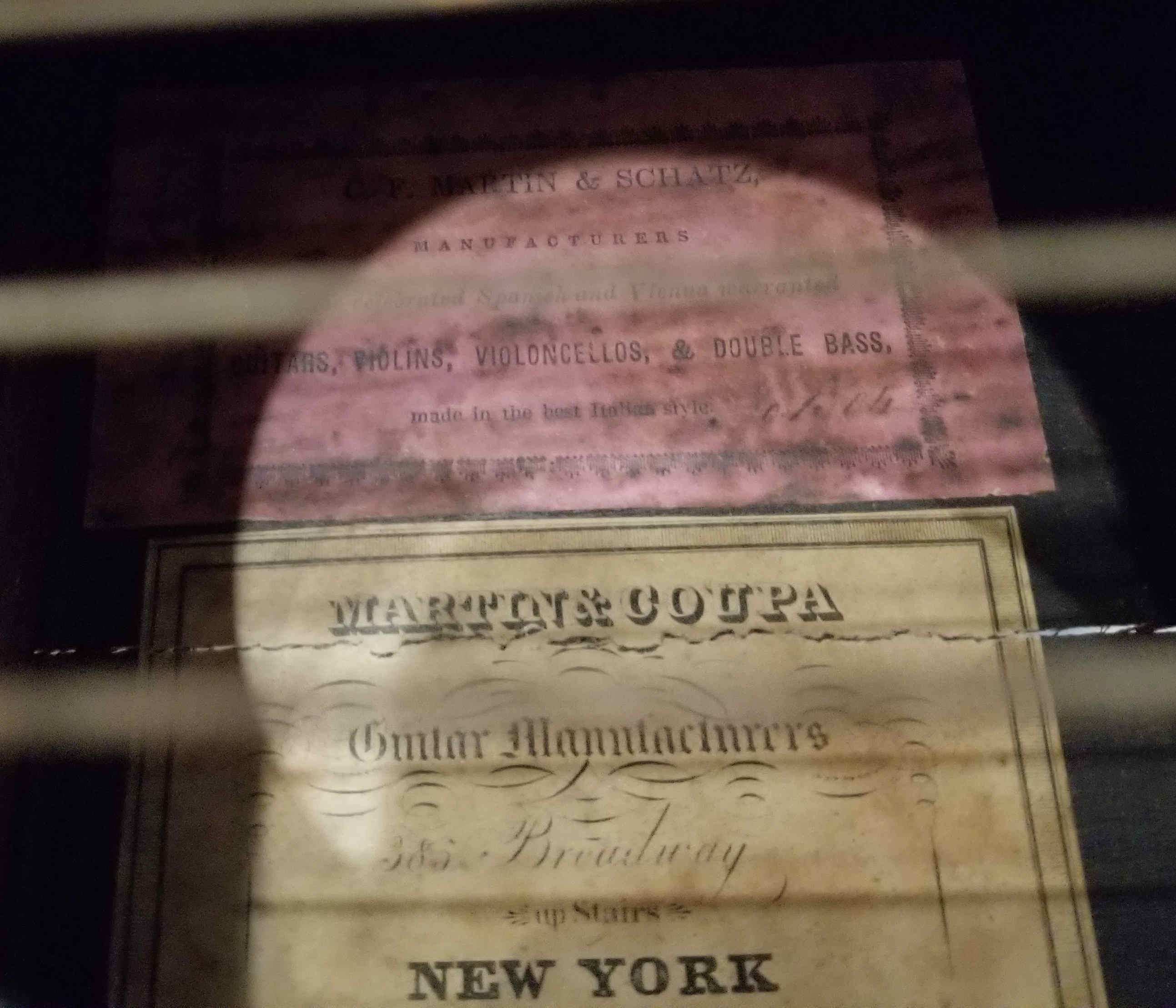 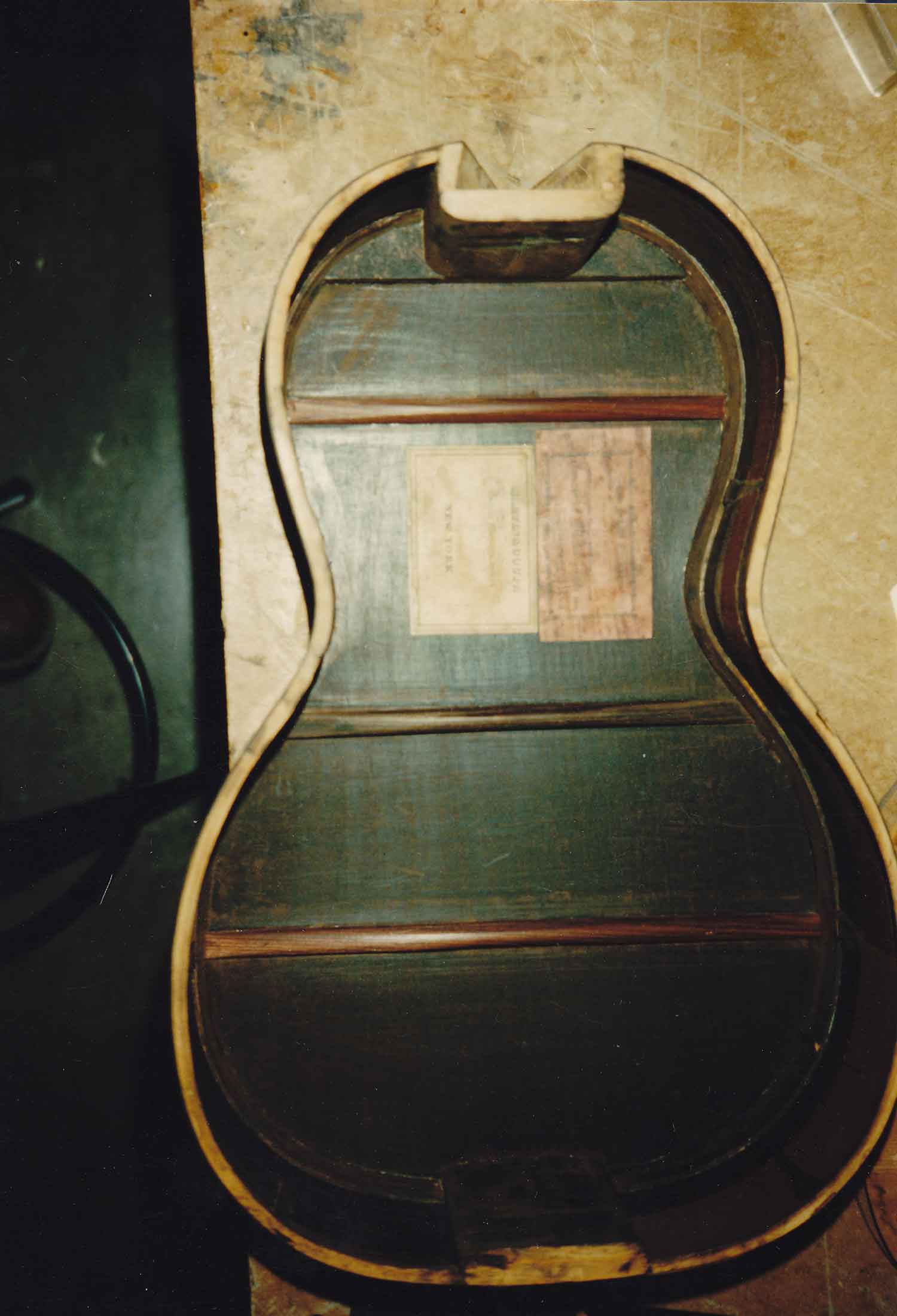 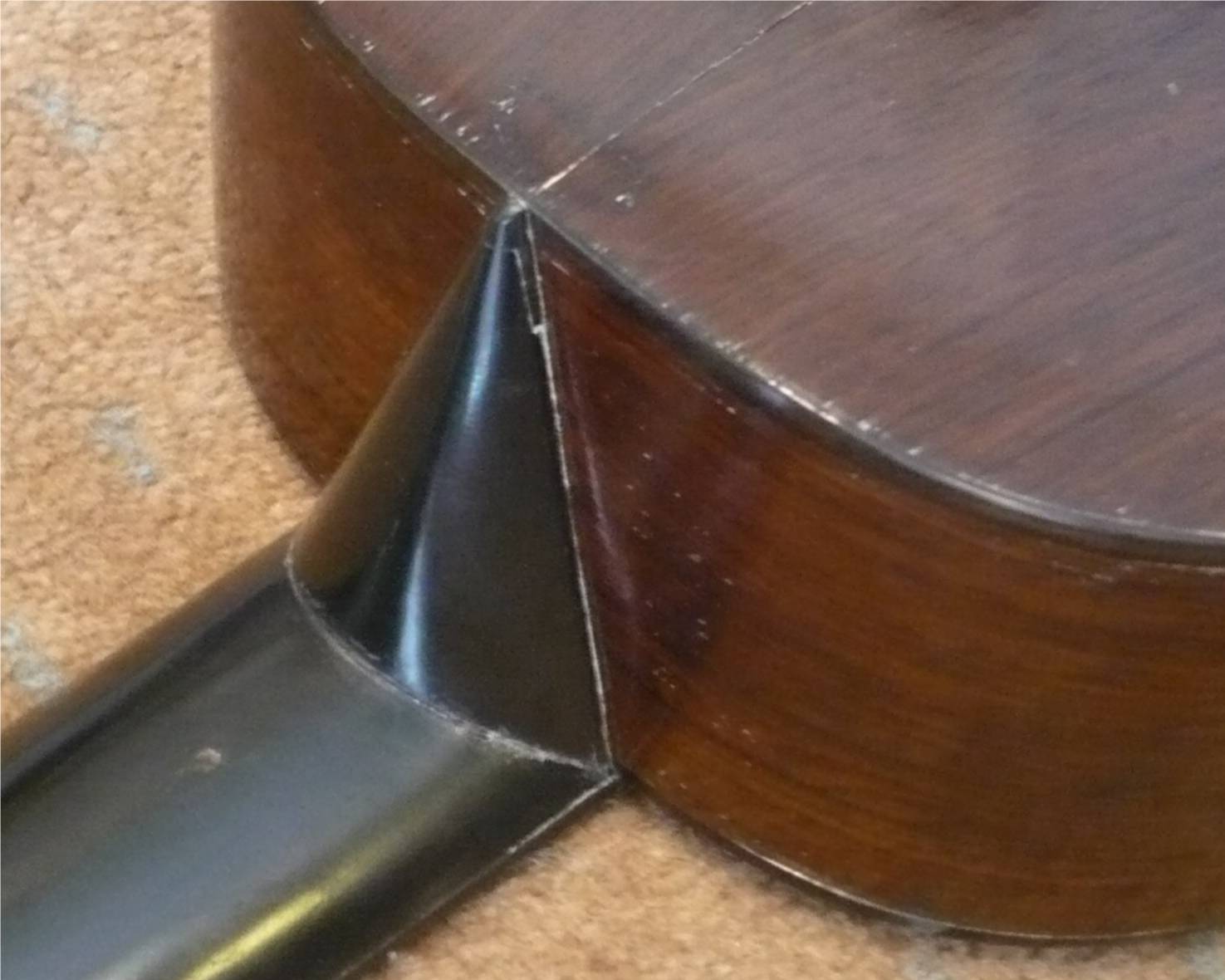 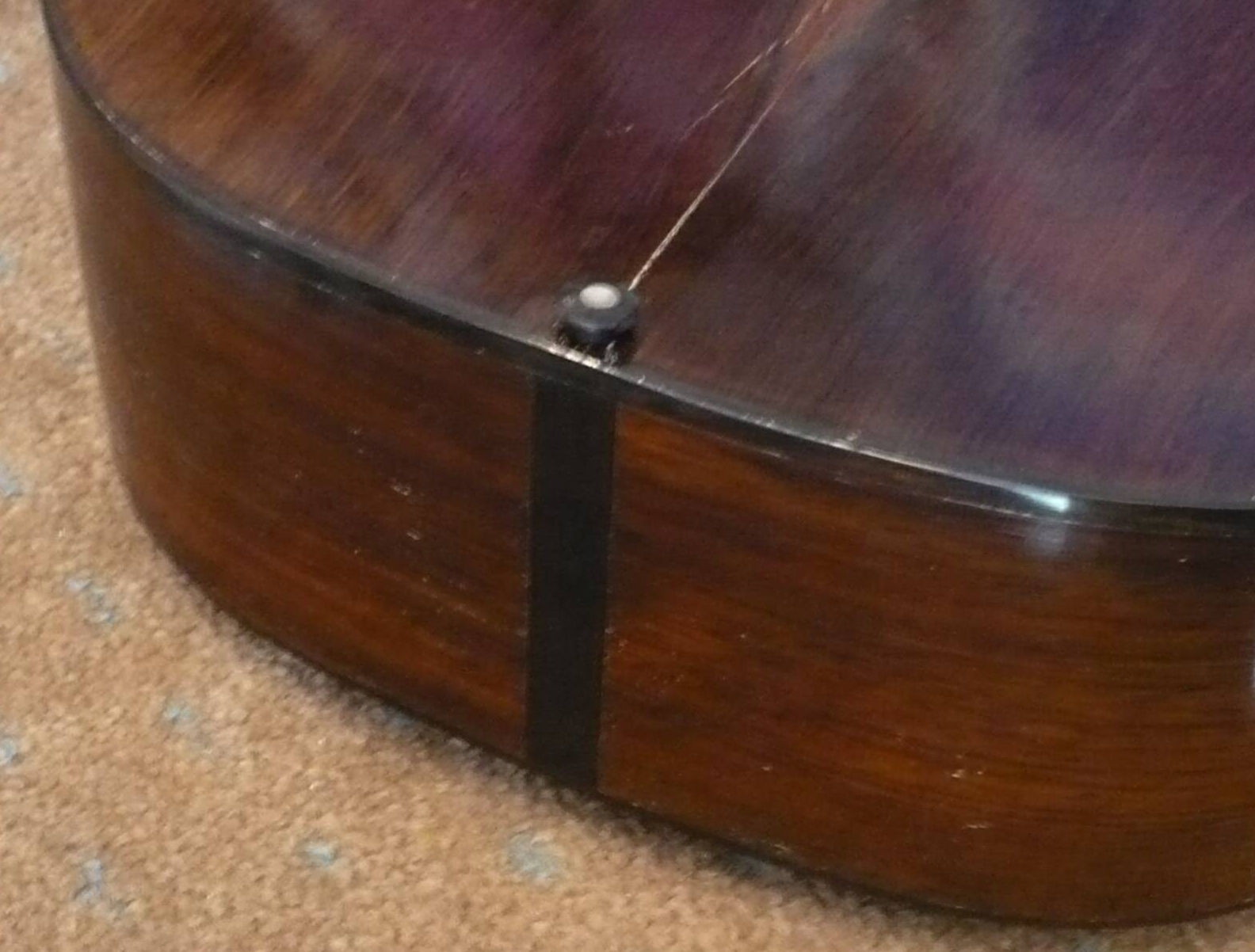 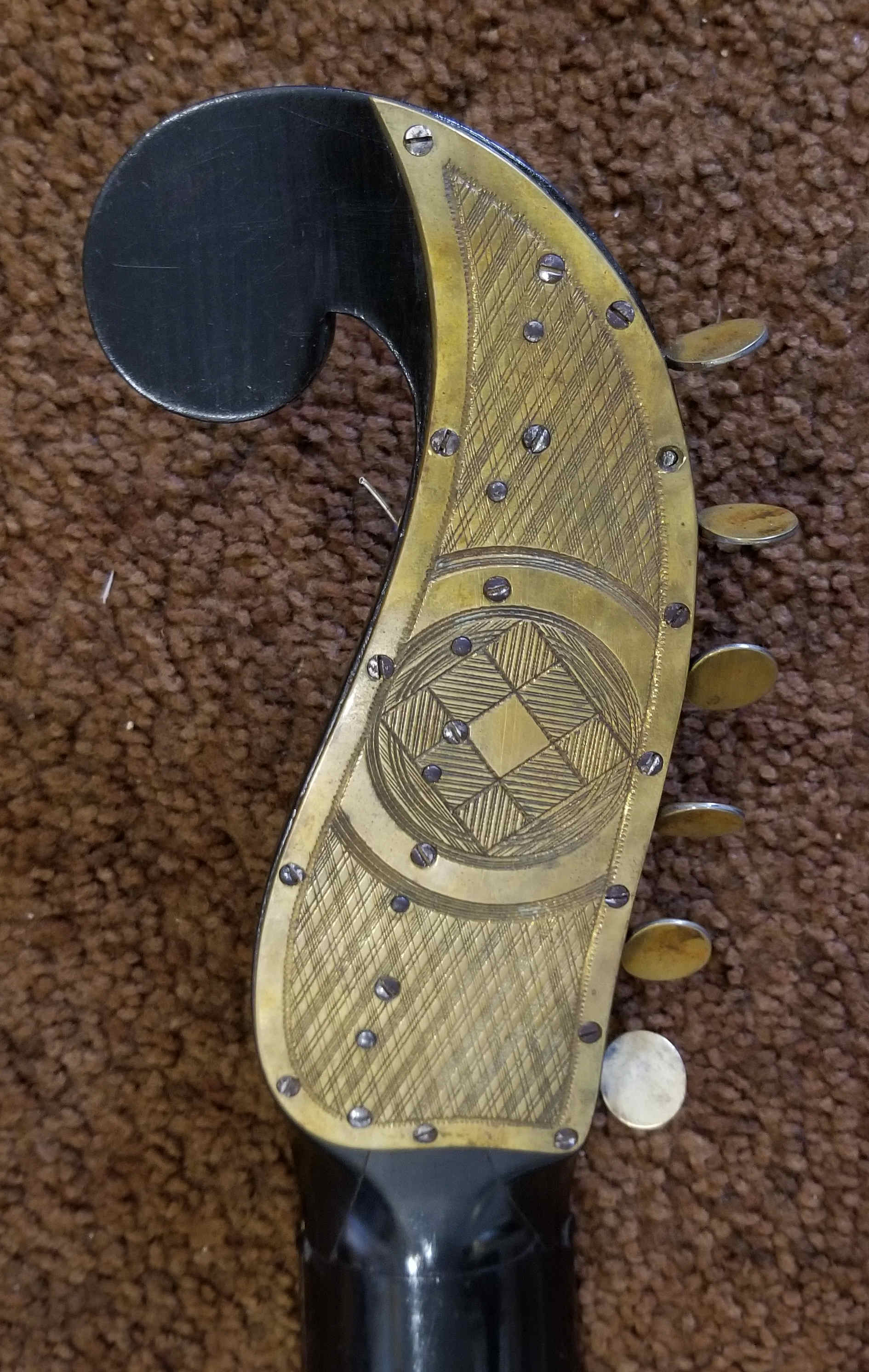 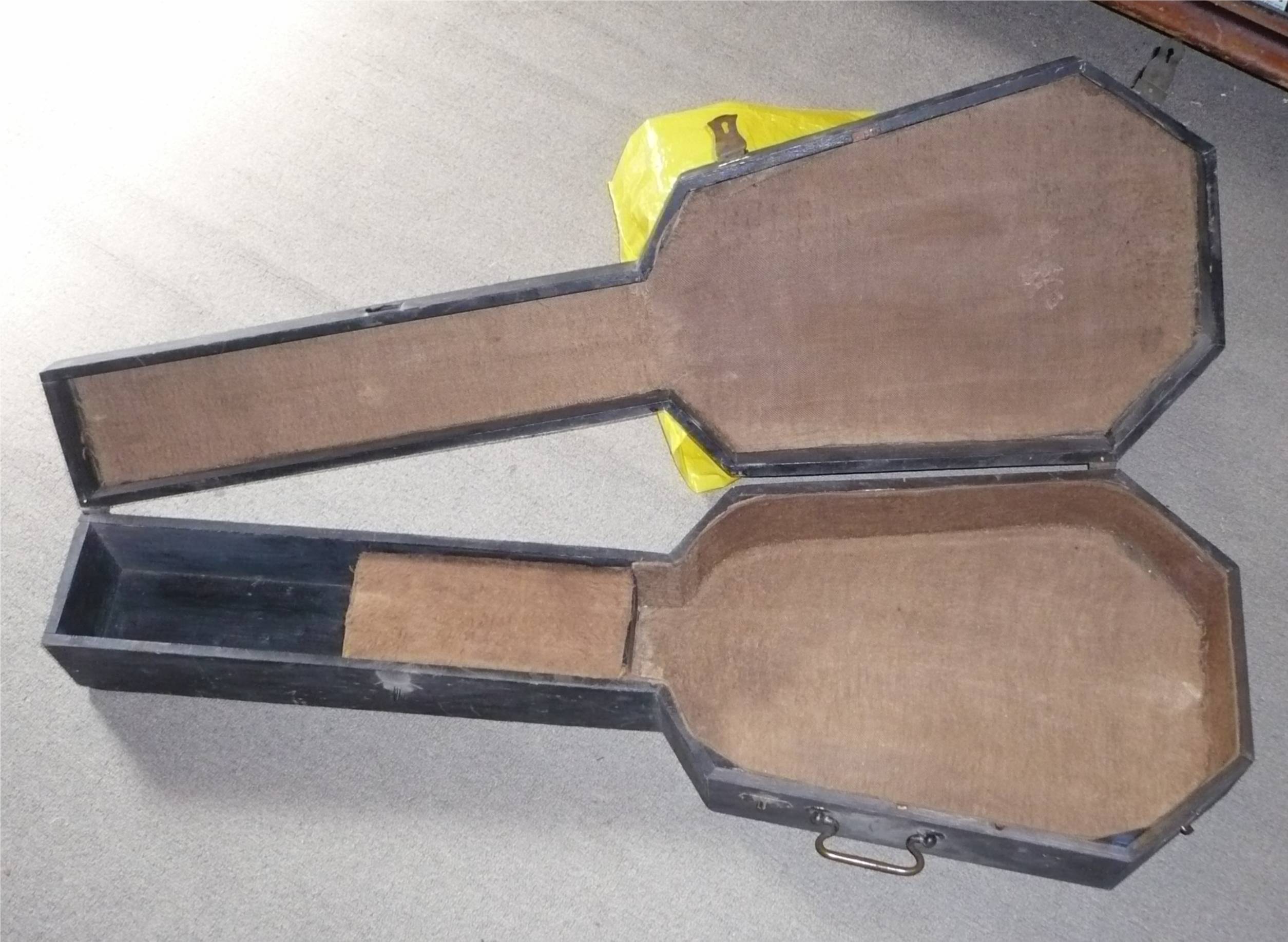