Henry Schatz first became known to C. F. Martin Sr. when they were both working for Johann Stauffer, the famous Viennese guitar maker, during the early 1820's.

Schatz emigrated to the United States some time between 1826 and 1830 and settled in Philadelphia. It is very likely that he encouraged Martin to emigrate to the U. S. and provided a useful bridge to the German musical community already well established in New York and elsewhere. Schatz also seems to have provided musical instruments and supplies to Martin when he opened his store in May 1834.

C. F. Martin Sr. and Henry Schatz formed a partnership that lasted from early 1835 to early 1836. In December 1835 Schatz bought a 15 acre farm about 1¼ miles north of Cherry Hill PA and had moved there by shortly after the New Year 1836. The Martin & Schatz partnership may have continued in some fashion until September 1836 because Schatz's name still appears in the archival records until that date. However, there is little doubt that Schatz began making guitars for his own after he moved to Cherry Hill. Martin & Schatz formed another short-lived partnership after Martin moved to Schoeneck in June 1839 (Martin did not purchase his house in Cherry Hill until December 1839). The renewed partnership only lasted from June 1839 to early 1840.

Schatz sold his farm in Cherry Hill in April 1844 and moved to Boston where he continued to make guitars, at a number of addresses, until May 1850 when he moved his family back to Neukirchen. Schatz died in Neukirchen on December 28, 1867.

The first guitars that Schatz made in Cherry Hill were based on the Stauffer design but after 1840 Schatz must have been influenced by Martin's Spanish-shaped guitars as all his subsequent guitars and all those made in Boston have the Spanish shape. All Schatz guitars made in Cherry Hill have a simple label as shown below (although this particular label is in a Stauffer shaped guitar). The labels Schatz used in Boston are larger, with an attractive engraved design, and show the address of his shop.

Presumably Schatz used this label until 1844 and had adopted the Spanish shaped guitar around 1840 or shortly thereafter so this guitar was made some time between 1840 and 1844. At present it is not known what type of bracing this guitar has. If it is fan-braced then it was probably made between 1840 and 1843. The guitar made by Martin for Madam De Goni in July 1843 contains a Martin & Schatz and is the earliest datable guitar with an early form of X-bracing. Schatz guitars made in Boston usually have a variation of X-bracing so Martin probably also influenced Schatz with the new style of bracing. If this guitar does have a type of X-bracing then it was probably made during the period between late 1843 and early 1844.

As with most Schatz guitars this example is a little more elaborately decorated than Martin guitars.

Certainly the most unusual feature on this guitar are the lovely and unique machines mounted on the head stock. I have not seen these on any other guitar of the period which is a shame as they appear to be very well made. 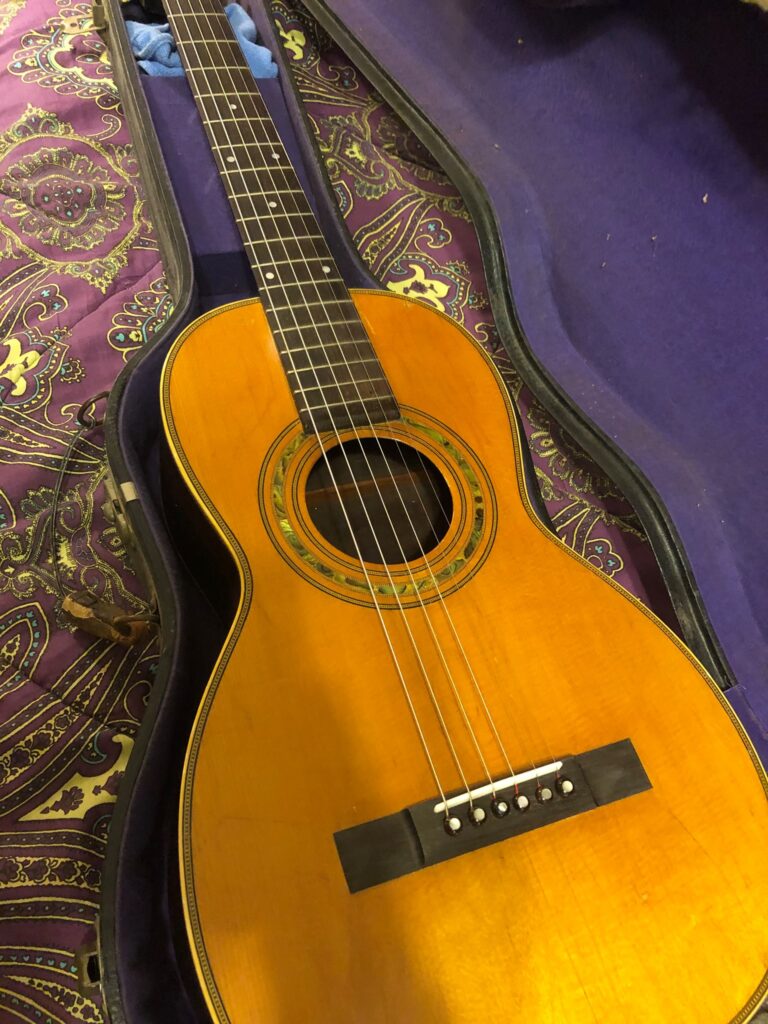 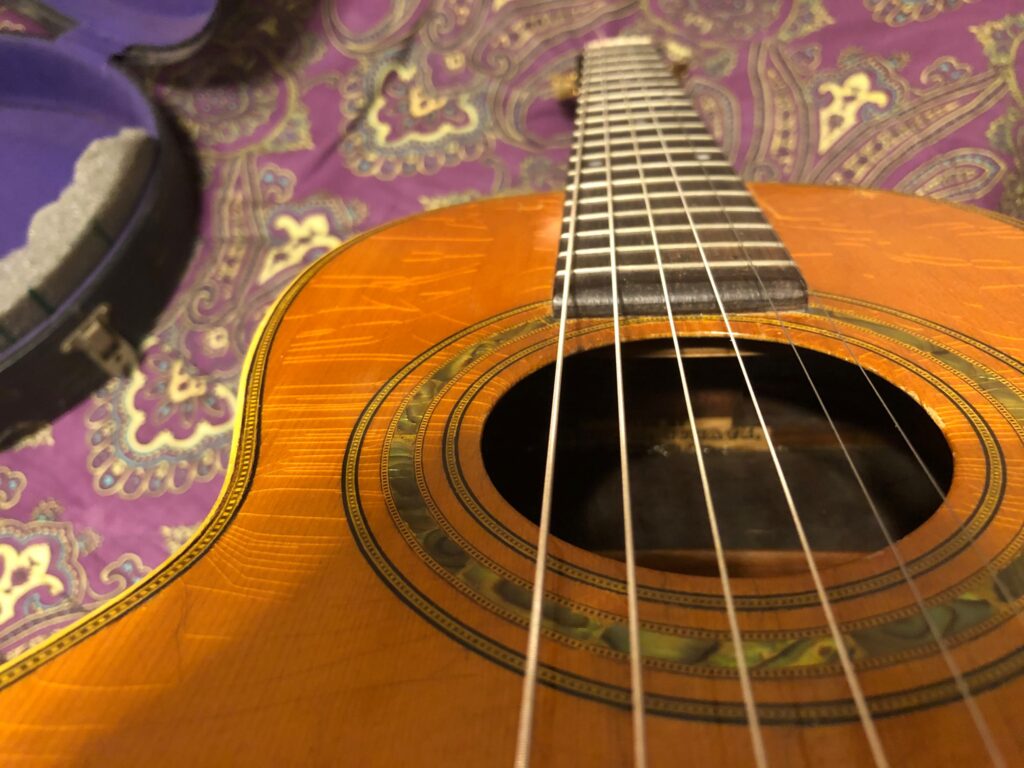 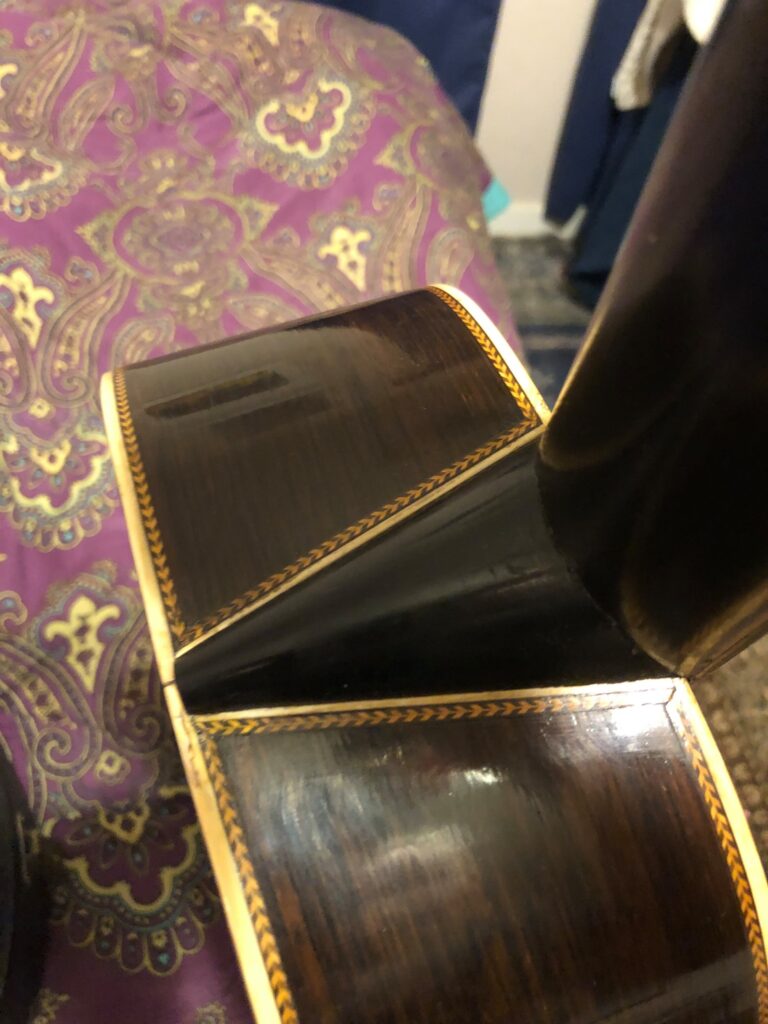 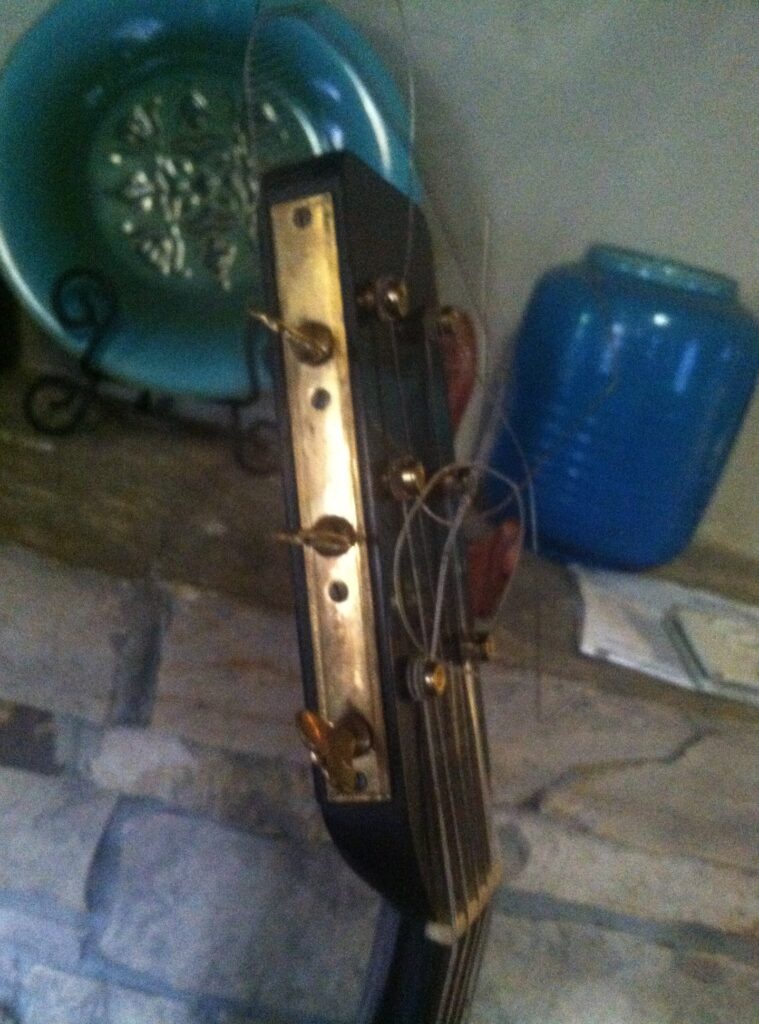 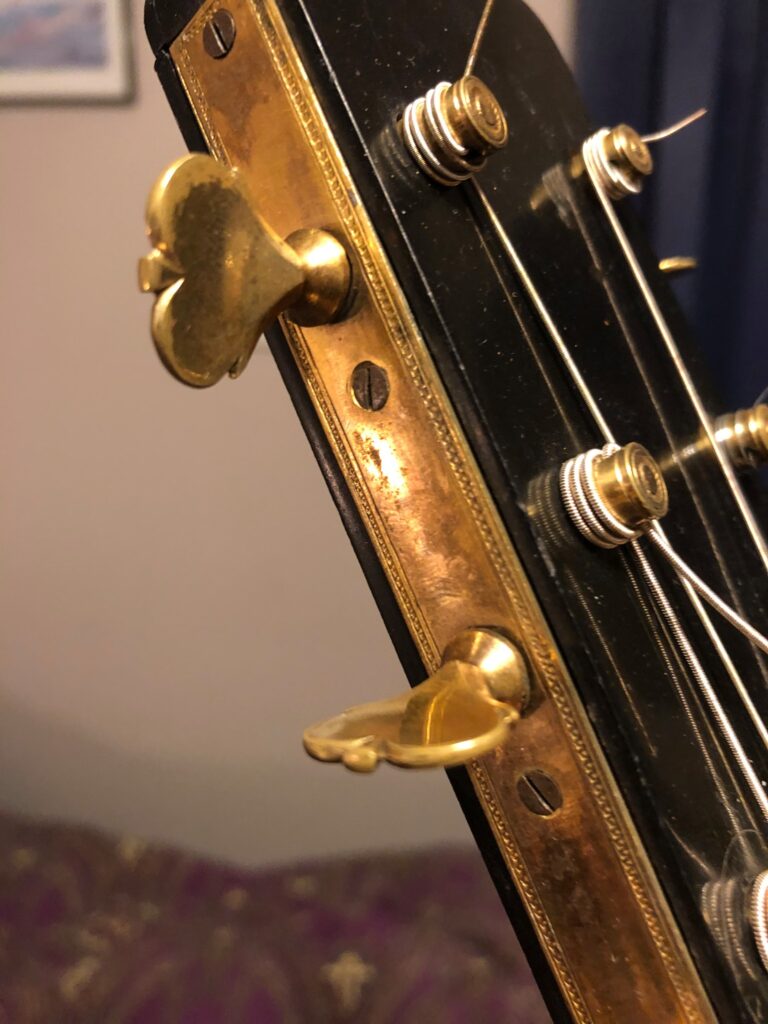 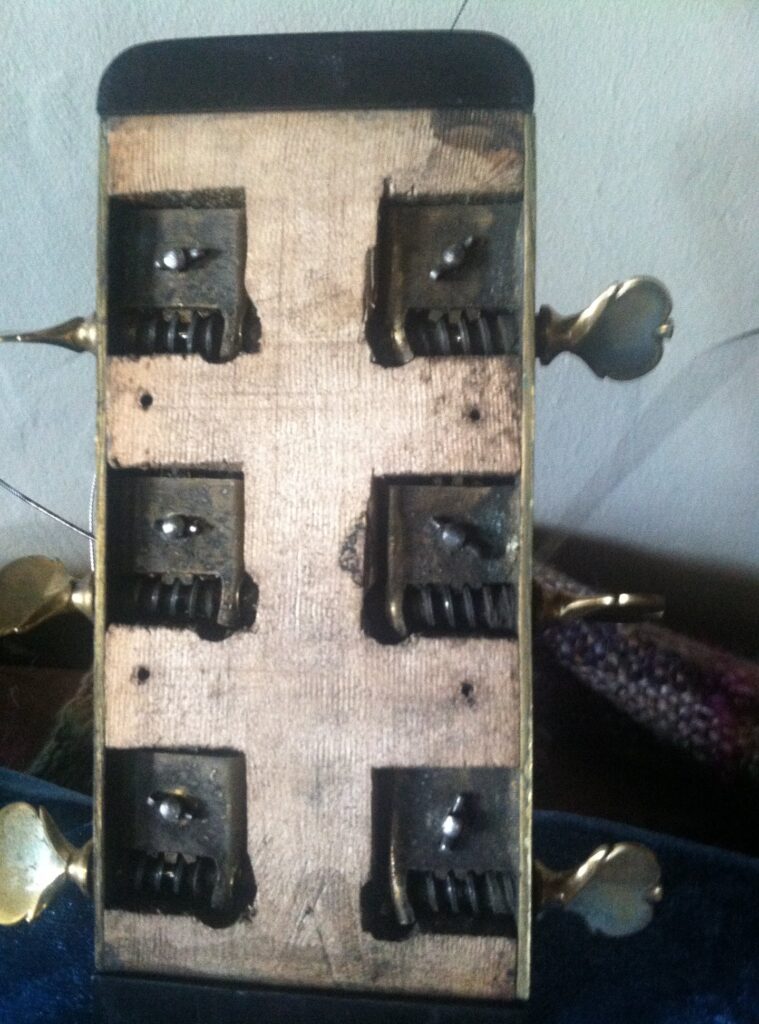