Although this guitar is not particularly rare or in pristine condition, it is a perfect example of the emotional connection between an owner and his Martin guitar; almost a love story. I have included the owner's story of his guitar:

"I am wondering about my father’s 1945 D-18 with serial number 91476. From the serial number I calculated that it was made in mid February 1945. He purchased it new, I believe, in Pennsylvania. When I brought it to the Martin factory in 1962, they confirmed that he was the the first owner. Therefor they replaced the worn frets and secured the lifting bridge without charge. Any information would be appreciated. In 2003, I passed it on to the third generation of guitar players in our family. I miss that guitar so much as it has a wonderful tone!

I recently received photos of the above 1945 D-18 from my nephew. Since it is a guitar built during the war period and early in the transition from scalloped to non scalloped Martin guitars, I thought in would be of interest. My nephew confirmed that the braces are non scalloped and the neck reinforcement is ebony. It also is missing the metal guides on the string posts on the headstock. It lived a tough life as my dad was a minister and kept it behind the car’s front seat, often with out a protective case. But it was strummed a great deal and lived with me in Fairbanks, Alaska where the humidity level hovered around 15% in the winter. I remember going out caroling in -35 degree weather with it. I still feel the pain on my fingers from that event. I believe the crack on the back occurred during that time in Alaska. I also hitchhikers all over the western US in the summer of 1963, the same summer of the famous “Chain Saw Murders” in Texas. They missed me as I hitchhiked near their domain that summer. I also found an abandoned house outside of the Rocky Mountain National Park where I left the guitar while I climbed Long’s Peak in the park. I returned to the abandoned house retrieved it and continued on my adventure to the Grand Tetons where I sat around campfires playing the D-18 and telling ghost stories. I arrived back at Lafayette College just in time for classes, still with the guitar in hand. I do remember a trick I had while hitch hiking. I would hide the guitar out of sight and when a car stopped I would run and get the guitar. A few times I lost my ride as they did not have room for me and the guitar. Needless to say, I never left it behind! It was so much apart of me that I only felt complete with it beside me! It was like Martin Guitar genes permeated my blood!"

The owner kindly sent me some more adventures with this guitar:

"...it happened during my college days at Lafayette. I was president of the of the Lafayette Intercollegiate outing club. On one of the canoe trips on the Delaware River I had the guitar with me. My girlfriend, Susan, was in the bow when we accidentally went over a small waterfalls. The canoe was pulled under the water falls and swamped and soon the guitar in its case was floating down the river. I immediately swam hard to recover the floating case and then back to the swamped canoe. It was then that my girl friend yelled “You are more interested in protecting the guitar than  her than helping me”. She was right!

Another incident happened when I was hitch hiking in southern Wyoming the summer of 1963. A station wagon filled with a family stopped and I retrieved my guitar. I looked into the car with my guitar in hand and said that it seemed there was no room. The father then said “Always room for one more!” Some how he took out some bailing wire and secured the guitar to the car’s roof and I squeezed into the car.

Another incident happened when hitch hiking in Colorado. At the time it was illegal to hike there so I had a folding sign with “Japan or Bust” written on it. I would go down and sit on my guitar case when I saw the state police. Finally a car filled with four woman stopped and picked me up. I was to be their driver and I was also directed to stop when they ordered me keep my eyes forward. I did not understand this until they pulled a case of beer out of the trunk and started drinking. It was a wild trip up to Laramie, Wyoming!

Another incident earlier in the hitch hiking trip was when the police in Garry, Indiana picked me up at dusk and said it was too dangerous to hitch hike in that area. They took me to the police station and gave me and my guitar an empty jail cell to sleep in. Later that Saturday night there was a riot and me and guitar were taken to a beach on the local Great Lake. It turned out to be a lovers gathering location and I hardly sleep due to all the commotion!"

The owner states that this guitar has the ebony bar neck reinforcement but the Martin production records indicate it should have a steel T-bar. 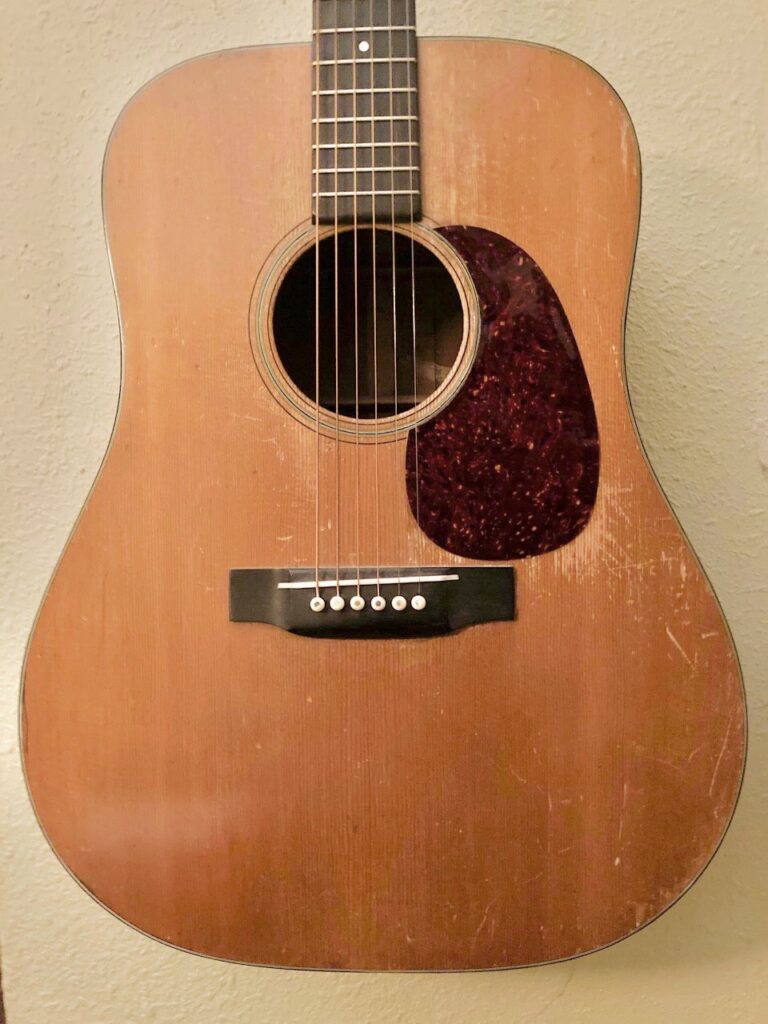 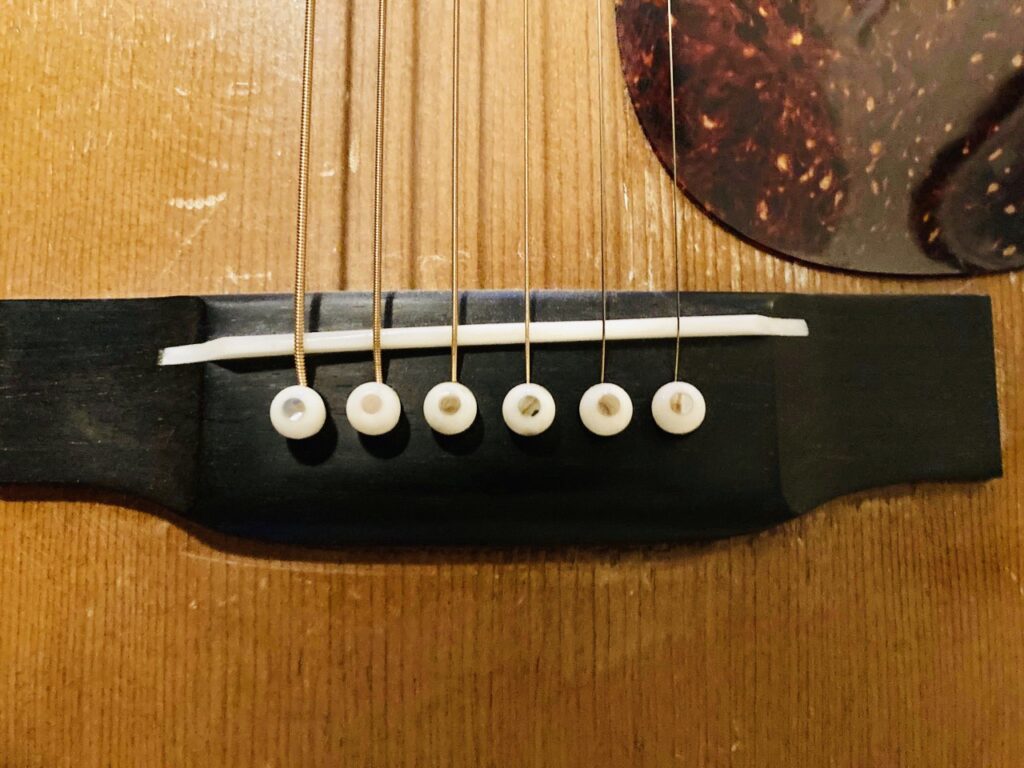 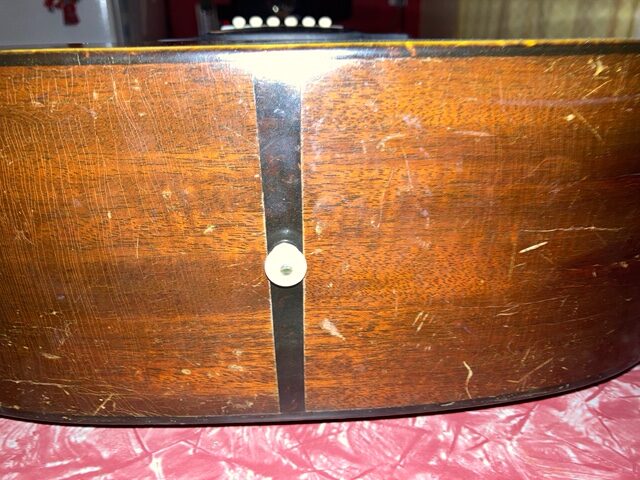 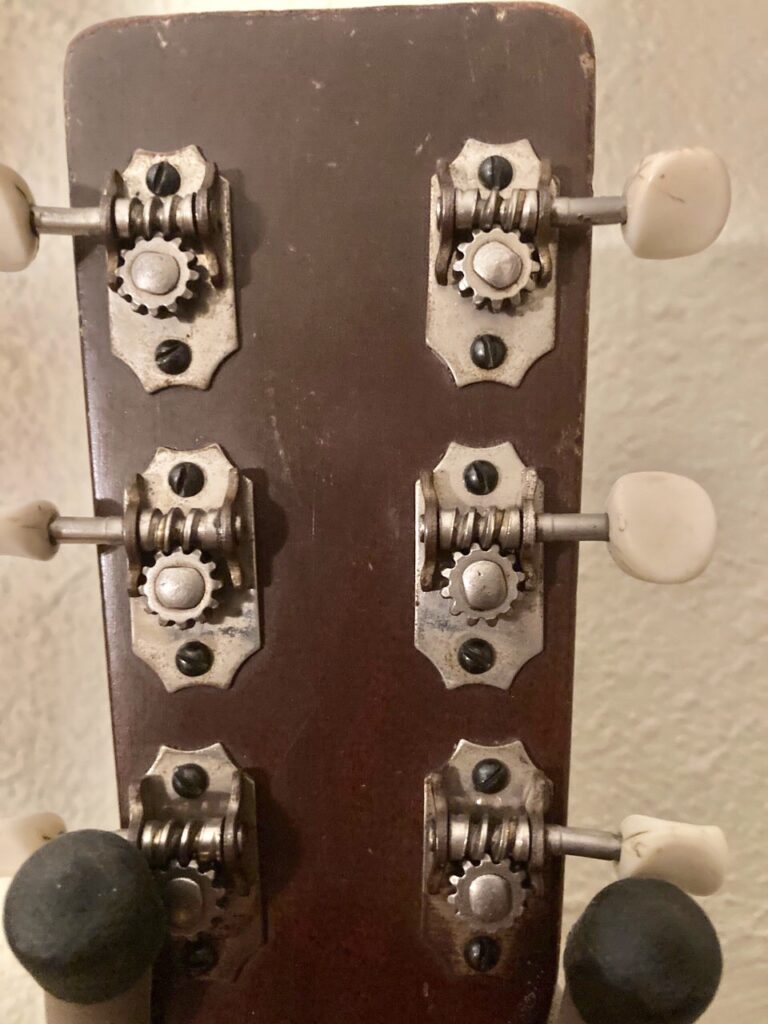 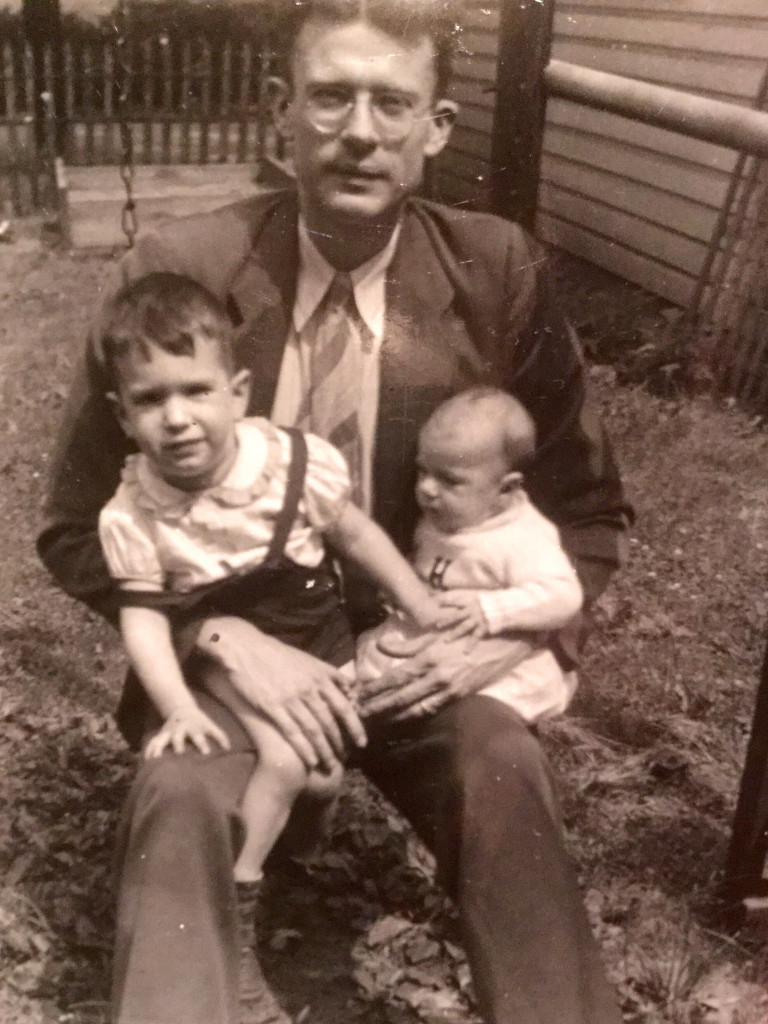 Photograph of the original owner, Philip Walcott Furst (1909-1969), taken around the time the guitar in this article was purchased. 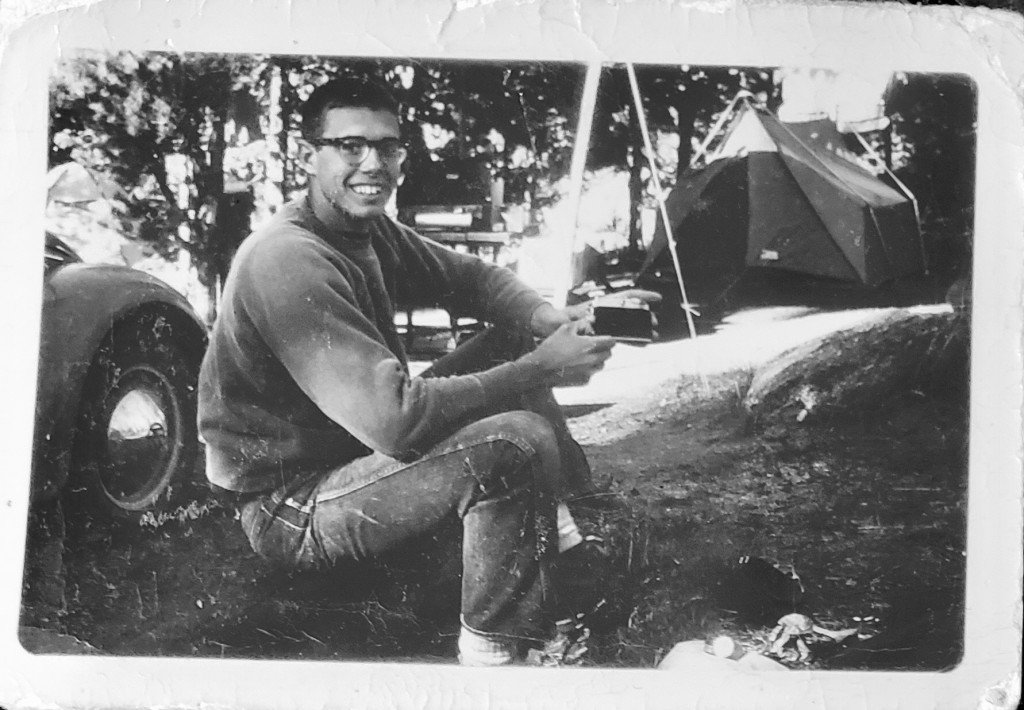 Photograph of George Furst in a campsite In Wyoming.  George spent the summer of 1963 mapping the geology of the Big Horn Mountains. According to George the guitar is in the tent in the back ground.

Photographs and history of this guitar courtesy of George Furst.