The year 1929 was the last time that Martin made 0-45 guitars. Through much of the 19th century and well into the 20th century, Martin had considered 0-size guitars to be their best sounding instruments; believing them to have the best balance between base and treble notes. From the beginning of the 20th century the larger 00 and 000 size guitars were becoming increasingly popular but, when asked their opinion, Martin continued to promote 0-size guitars over larger sized instruments well into the 1920's, especially for use with gut strings.

However, by the late 1920's the demand for fancy 0-size guitars was clearly declining. The decision to stop making 0-45 guitars finally came in 1929. Curiously, Martin made twenty 0-45 guitars that year despite the lack of demand.  A total of sixteen 0-45 guitars were in inventory on January 1, 1929 and only eleven were ordered during that year. Why were twenty more 0-45's needed during 1929? Martin must have long pondered this question because the last 0-45 guitar wasn't sold until 1945!

There were still nine 0-45 guitars in stock in 1938 and in that year they were marked as "obsolete" and discounted to a retail price of $75 , same as a 0-28! (First stop on my list when time machines are invented.)

Despite Martin's difficulty in selling the last few 0-45 guitars, anyone who has handled and played one of these guitars realizes what appealing instruments they are.  As with all Martin style 45 guitars, the fit and finish are stunning and 0-45 guitars have a beautifully balanced tone, if not as loud as larger bodied guitars. This particular guitar is in lovely condition.

The records do not show a sale for this serial number. This guitar was made originally with a pyramid bridge and no pick guard. Belly bridges became the norm in 1930 and pick guards in 1931. If one of these guitars was sold after 1931 Martin would update the guitars by replacing the pyramid bridge with a belly bridge and adding a pick guard. The saddle angle appears to be slightly greater than that of the first belly bridges, which would suggest this bridge was added slightly later in the 1930's. As the records are reasonably complete until the end of 1935, it seems probably that this guitar was one of those sold between 1936 and 1945. 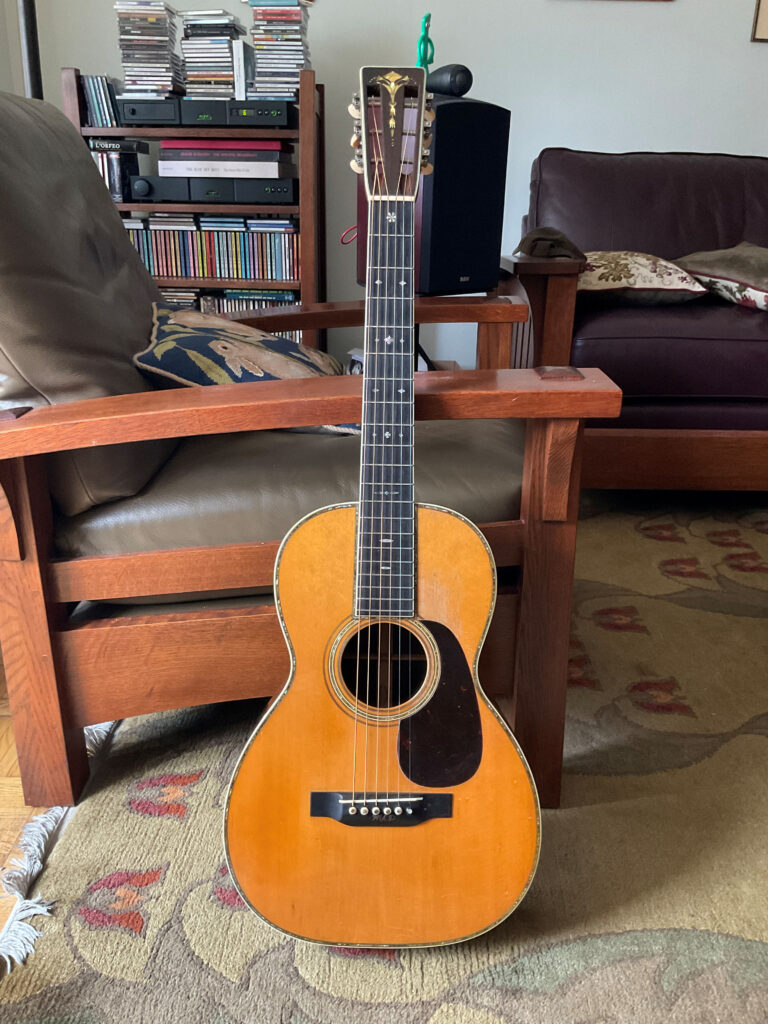 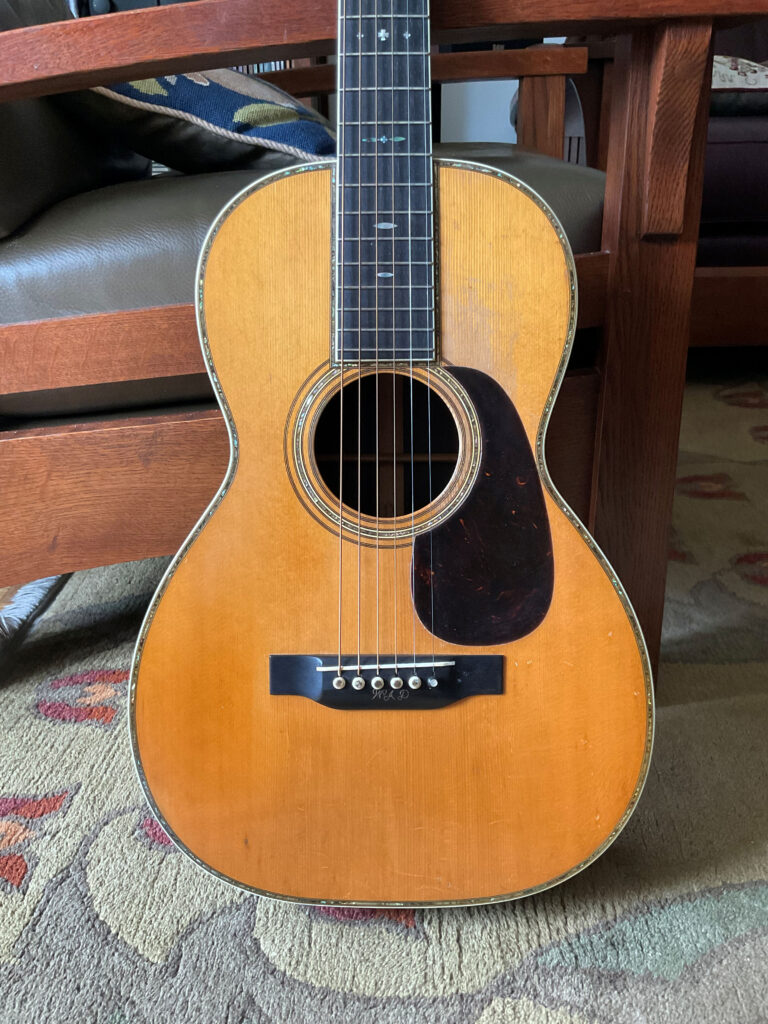 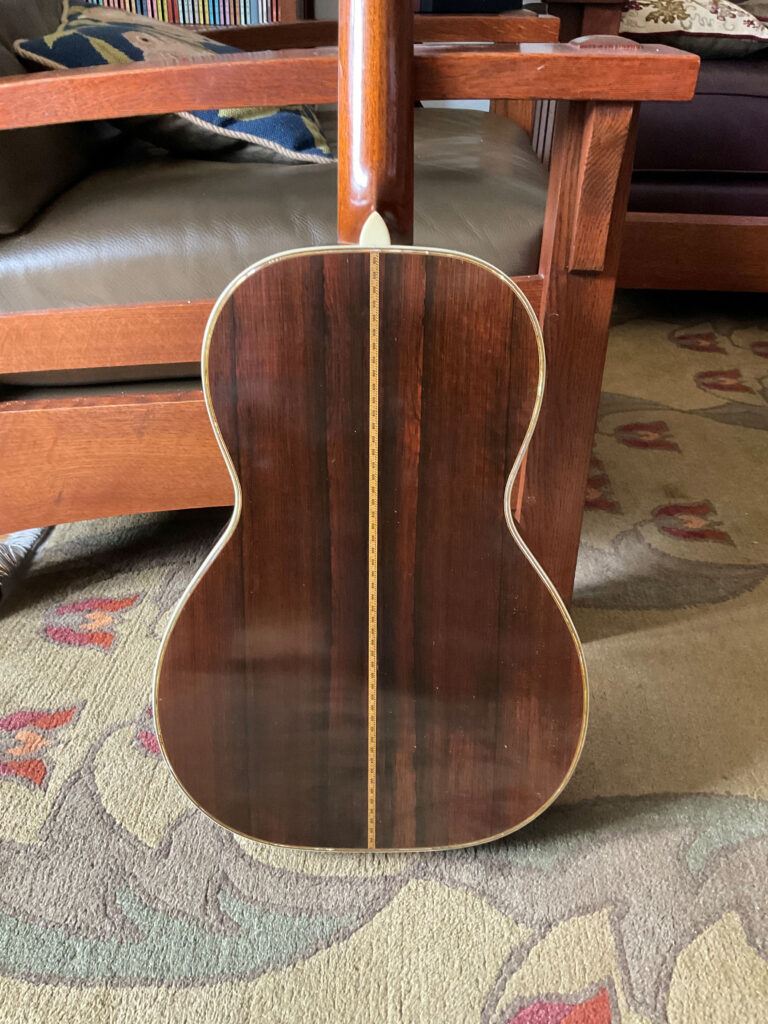 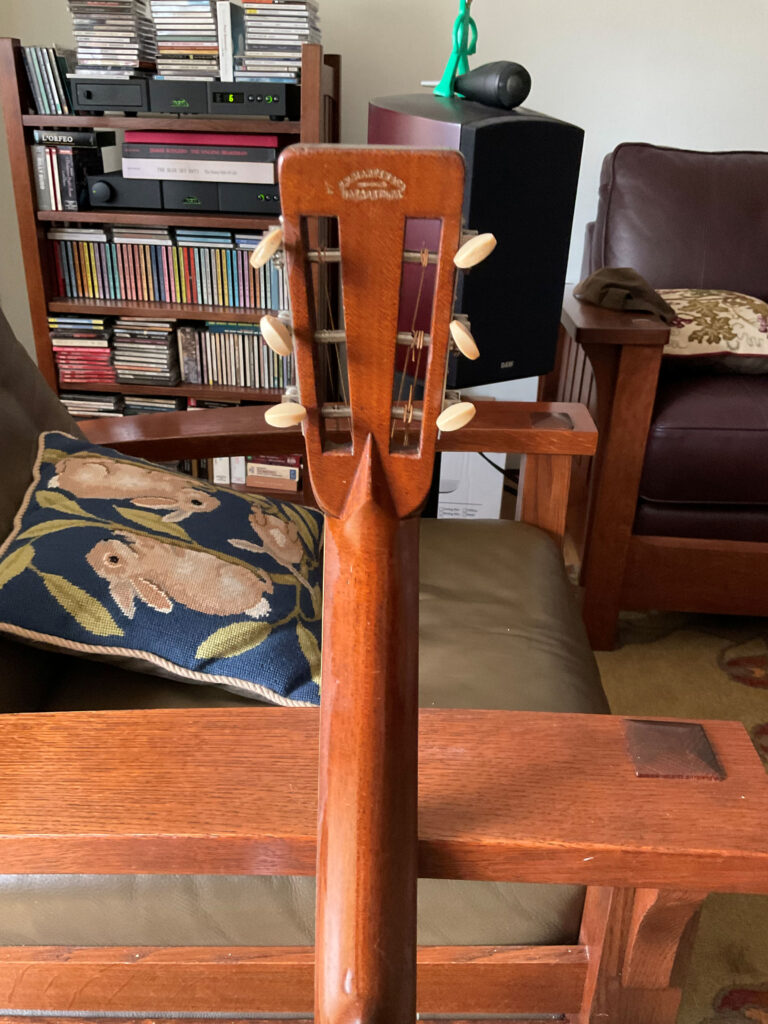