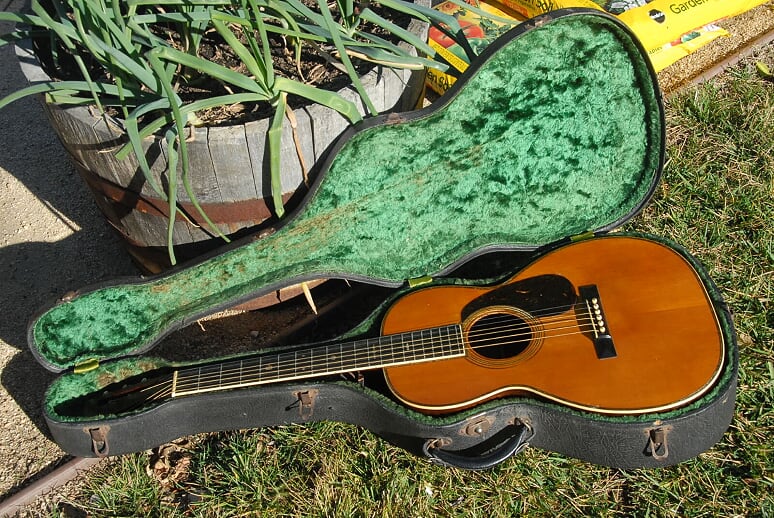 It is very rare when a vintage Martin guitar can be indentified with the original owner but there is good documentary evidence that this 00-42 was once owned by Bill Boyd, the famous "Cow Boy Rambler"  and Western Swing band leader.

As can be seen there is a label in the guitar advertising "Bill Boyd's Studio of the Guitar". Photos 6 and 7 illustrate a real photo card used by Bill Boyd for responding to fans and the label is actually visible through the sound hole! The post card is dated 1939 so the label must have been in the guitar even earlier.

As the guitar made in 1929 it wouldn't have had a pick guard originally. However, Bill Boyd returned the guitar to Martin in 1034 for some minor repairs and requested the addition of a pick guard. Martin completed the repairs in only a few days and added the pick guard "with our compliments". This explains why the pick guard is the larger size used after early 1931.

The tuners are Waverly G-32 machines with black celluloid buttons (although white celluloid might be expected instead).

Below are a few notes from the owner:

This guitar came from the estate of Jim Boyd, brother of Bill Boyd.

"The Boyds were among the founding stylists of swing. They are in The Western Swing Hall of Fame. If you go on to YouTube you can see them in some of the very first Cowboy sound films and the music is high caliber country, jazz and blues. They greatly influenced Rockabilly artists.

The Boyd Brothers "Blue Yodelers" are the jazz band you probably all have heard and have been listening to forever. They accompanied Jimmie Rodgers on some of his last and greatest recordings in 1932." 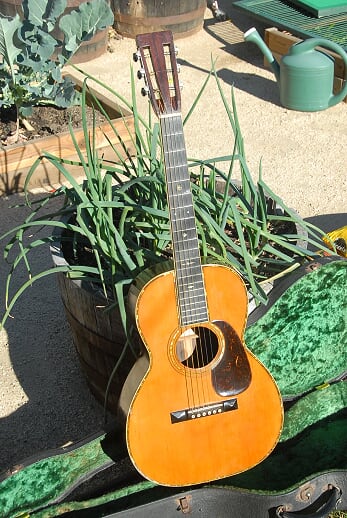 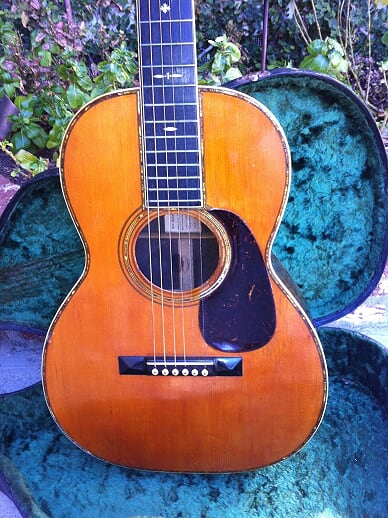 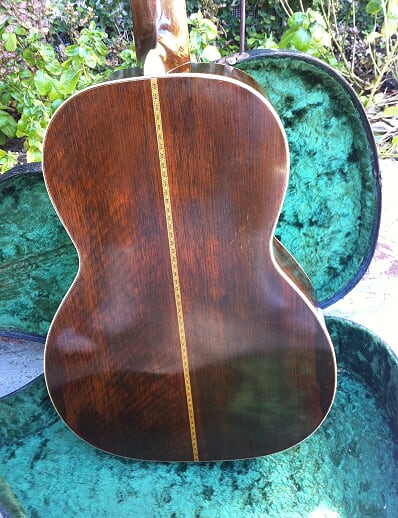 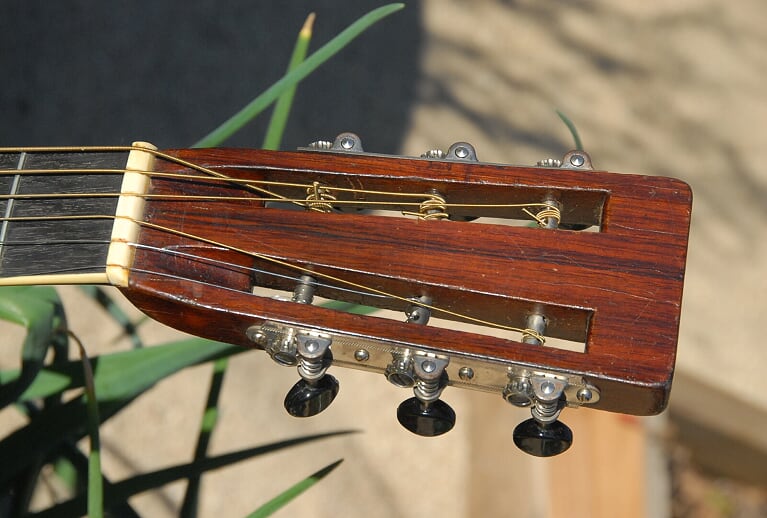 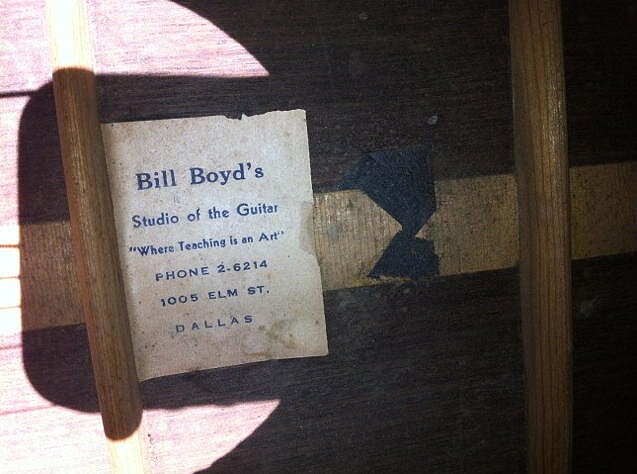 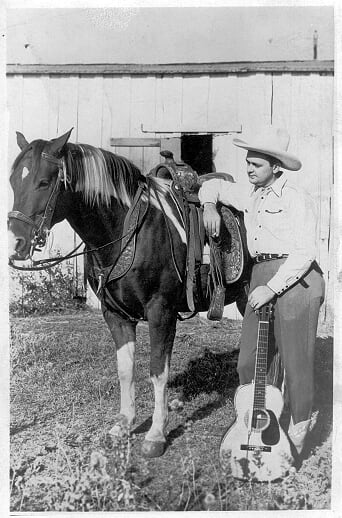 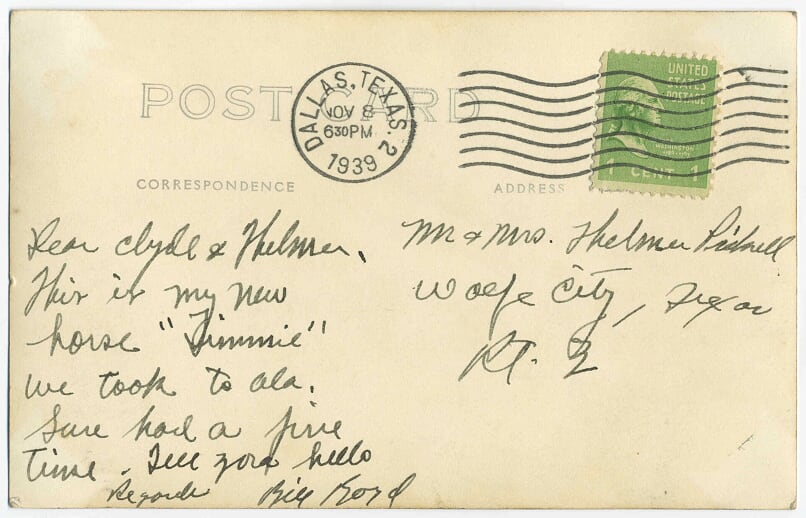 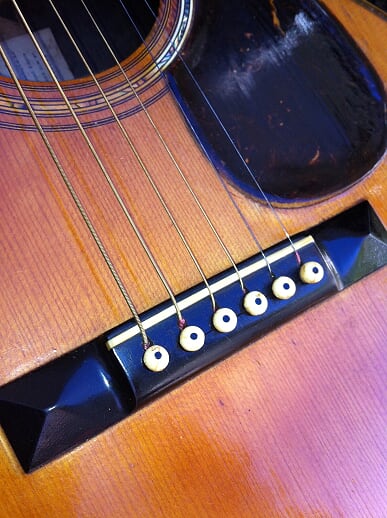 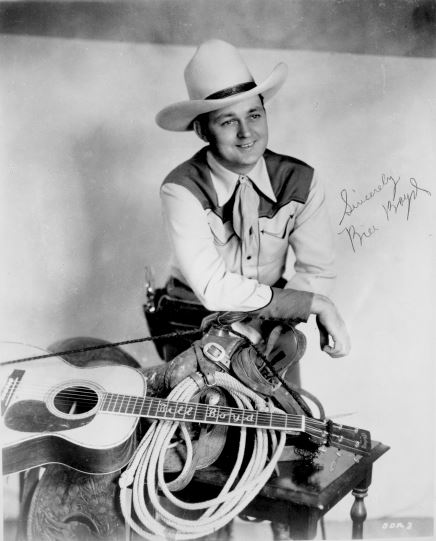