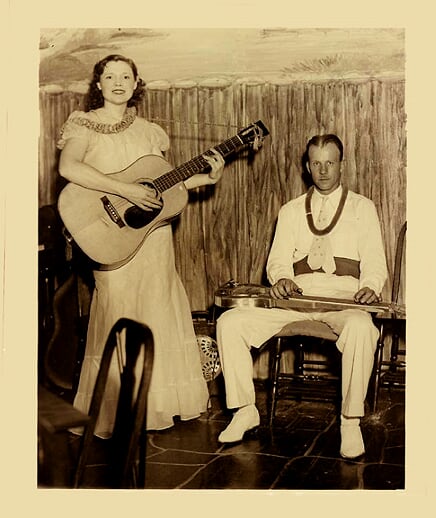 Clearly the D-2 a very rare guitar but adding to the story is the fact that this guitar is still in the possession of the family of the original owner!

All D-2 guitars were ordered by the Chicago Musical Instrument Co. As well, all 12-fret Dreadnoughts were "special order" only; none were ever made for stock. It wasn't until March 1934 that the first Dreadnought D-18 and D-28 guitars, all with 14 frets,  were built for stock.

Serial number 50642 was ordered on March 30, 1932, stamped on April 4 and cleared final inspection on April 22 (only 18 days in production!) The guitar doesn't have a Martin decal because the first decals weren't purchased until June 1932.

It is particularly interesting to look at the vintage photos of the guitar. It was obvious the guitar was the pride and joy of the lady who once owned it.

No decal on front of head stock 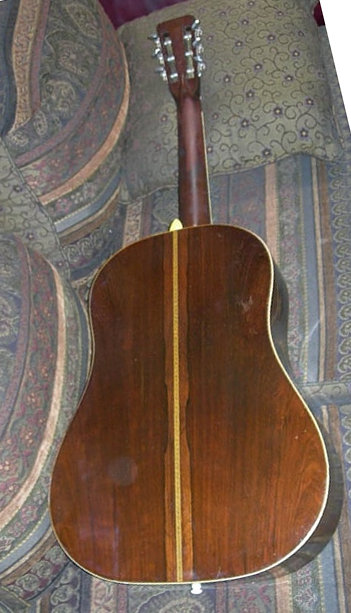 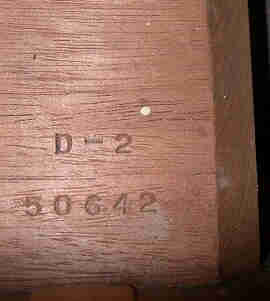 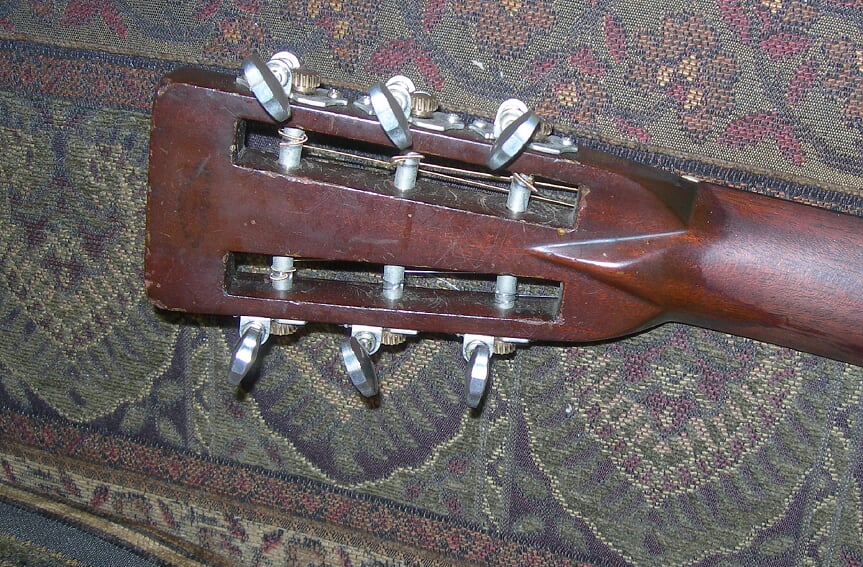 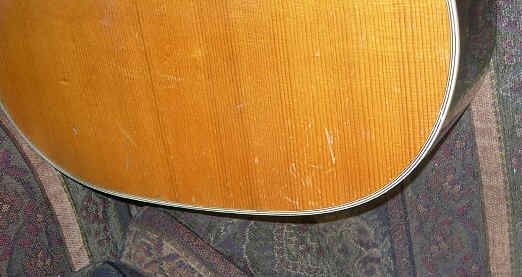 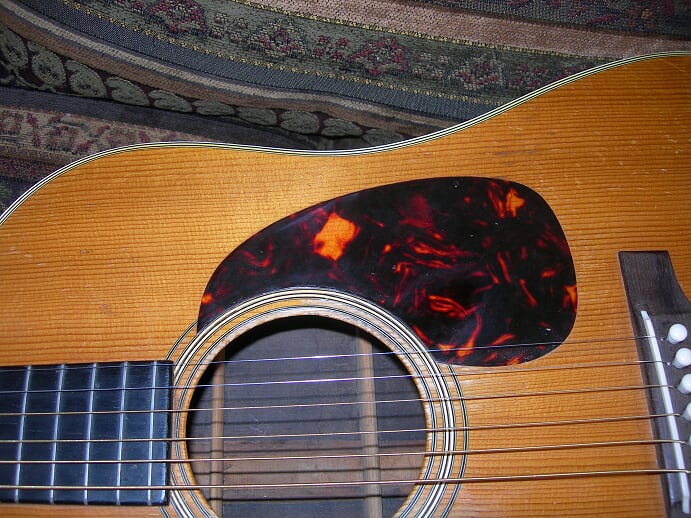 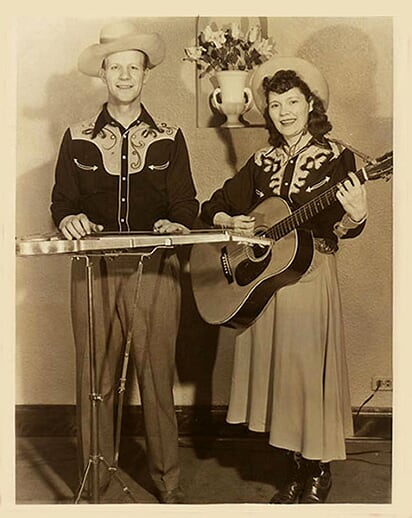 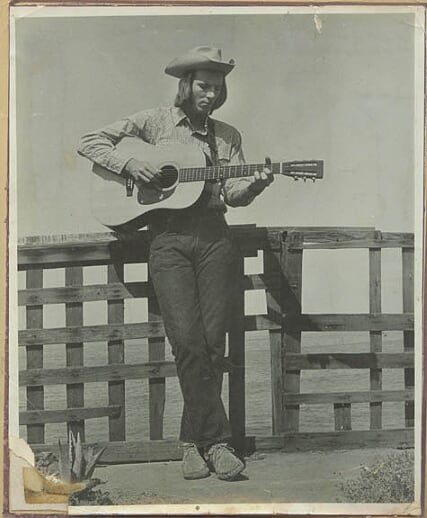