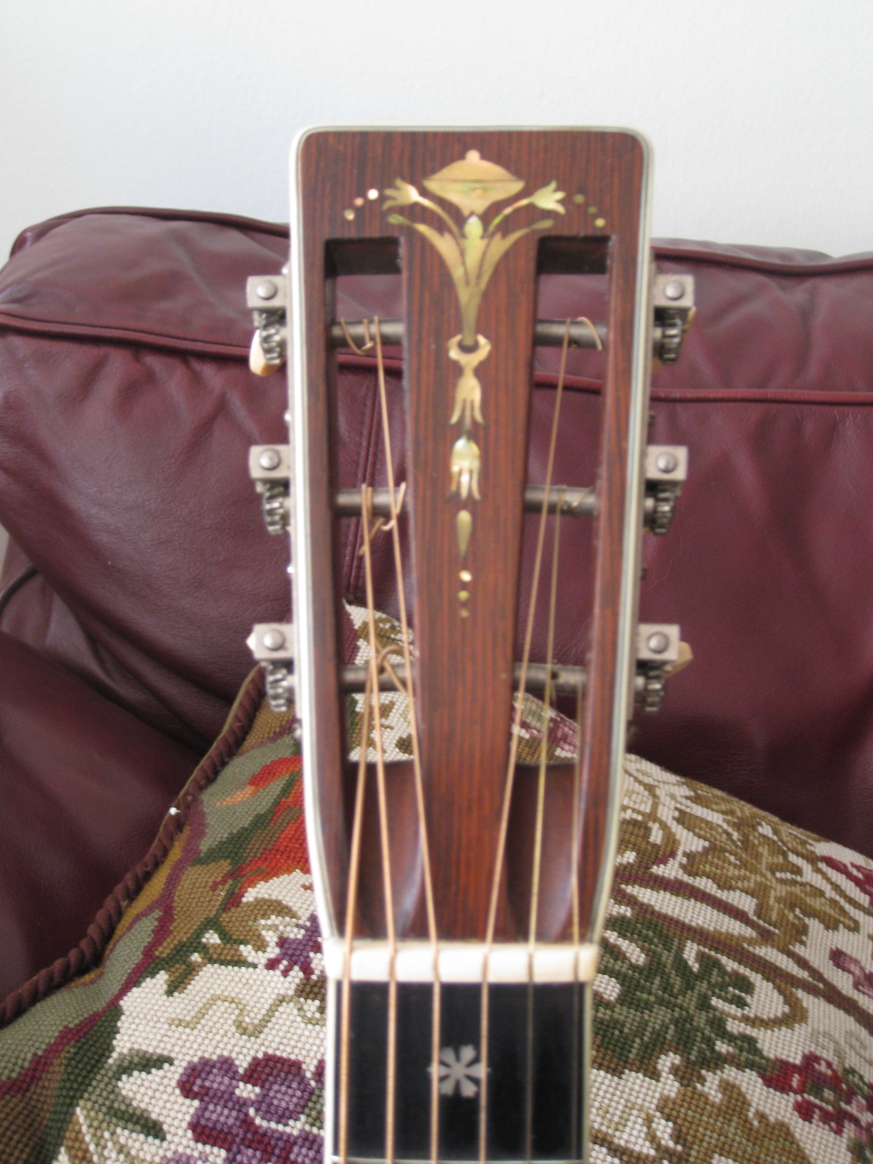 During March 1928 Martin slightly increased the thickness of guitars tops. Having been made after that date this guitar has the thicker top that makes it fully capable of accepting steel strings.

Since it was made in 1929 it was originally fitted with a pyramid bridge and did not have a pick guard. However, this guitar was not sold until 1933 and would have received a belly bridge and pick guard prior to shipment (so that the guitar would match the current advertising photos).

As a style 45 guitar the guitar shows the lovely "flowerpot" headstock veneer and "snowflake" fingerboard inlays. The top, back and sides are inlaid with this strips of abalone and the backstripe is the typical style 45 pattern.

This guitar was once owned by Eric Clapton. It was sold as Lot #9 in Christie's June 24, 2004 Crossroads Guitar Auction. 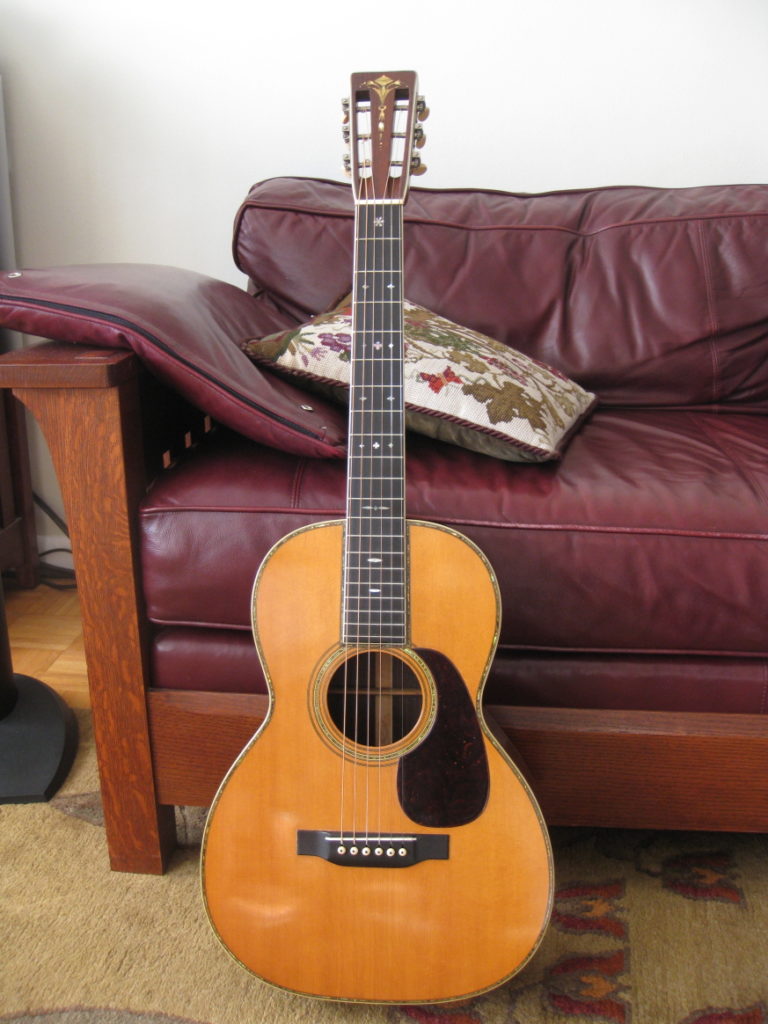 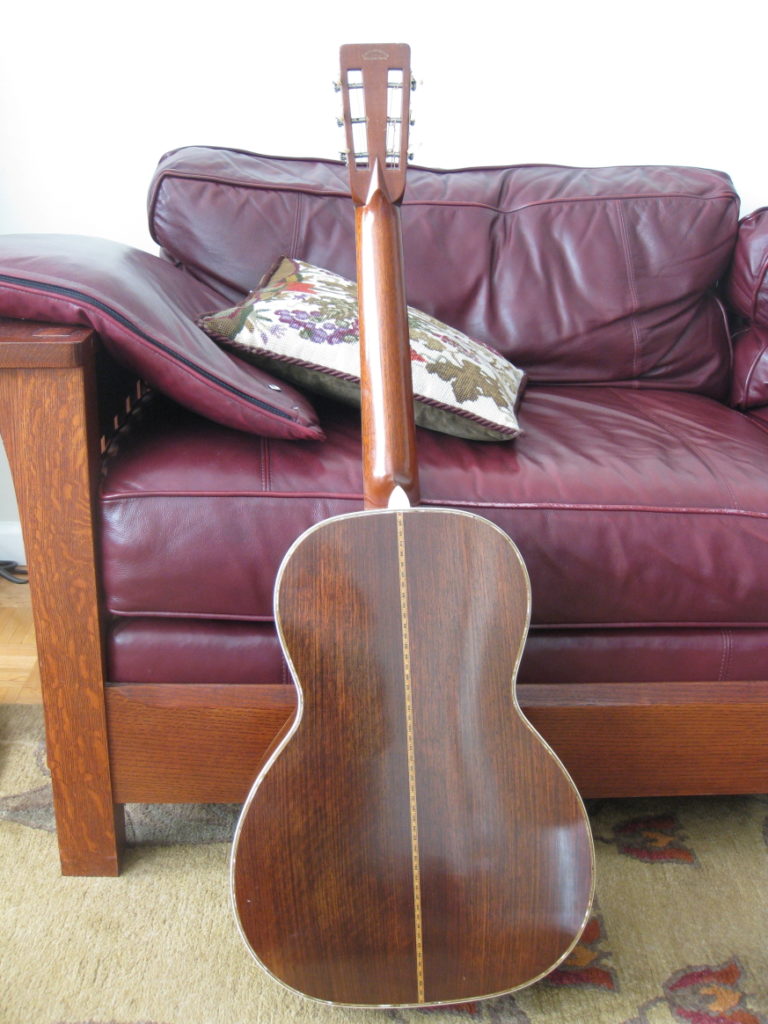 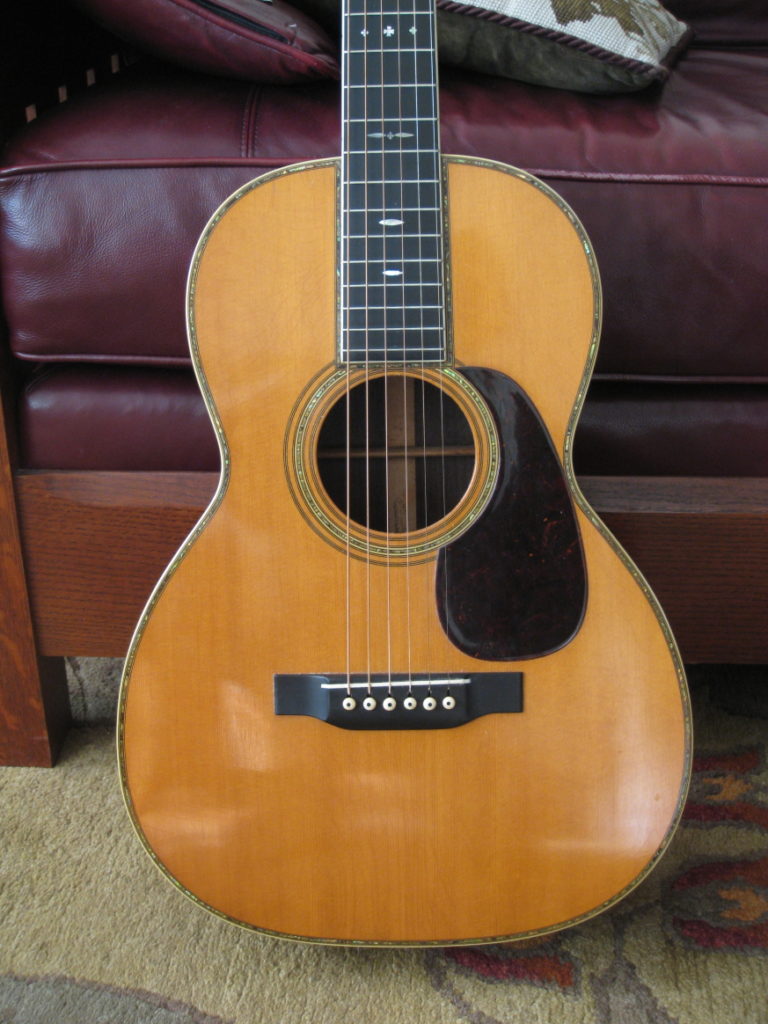 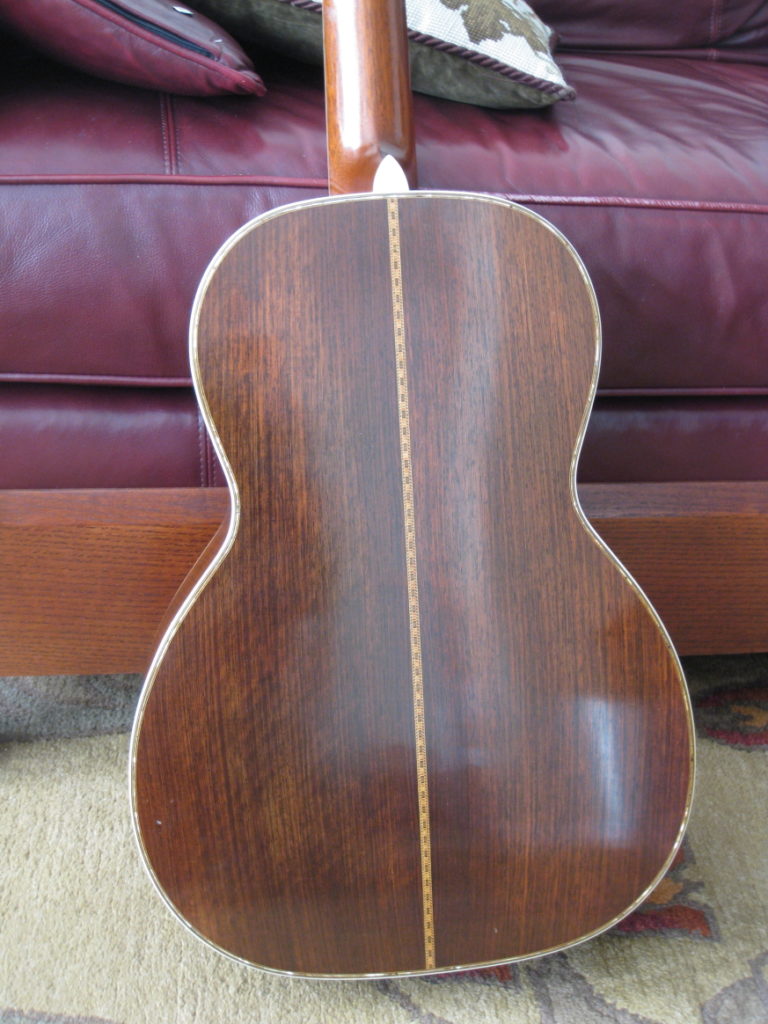 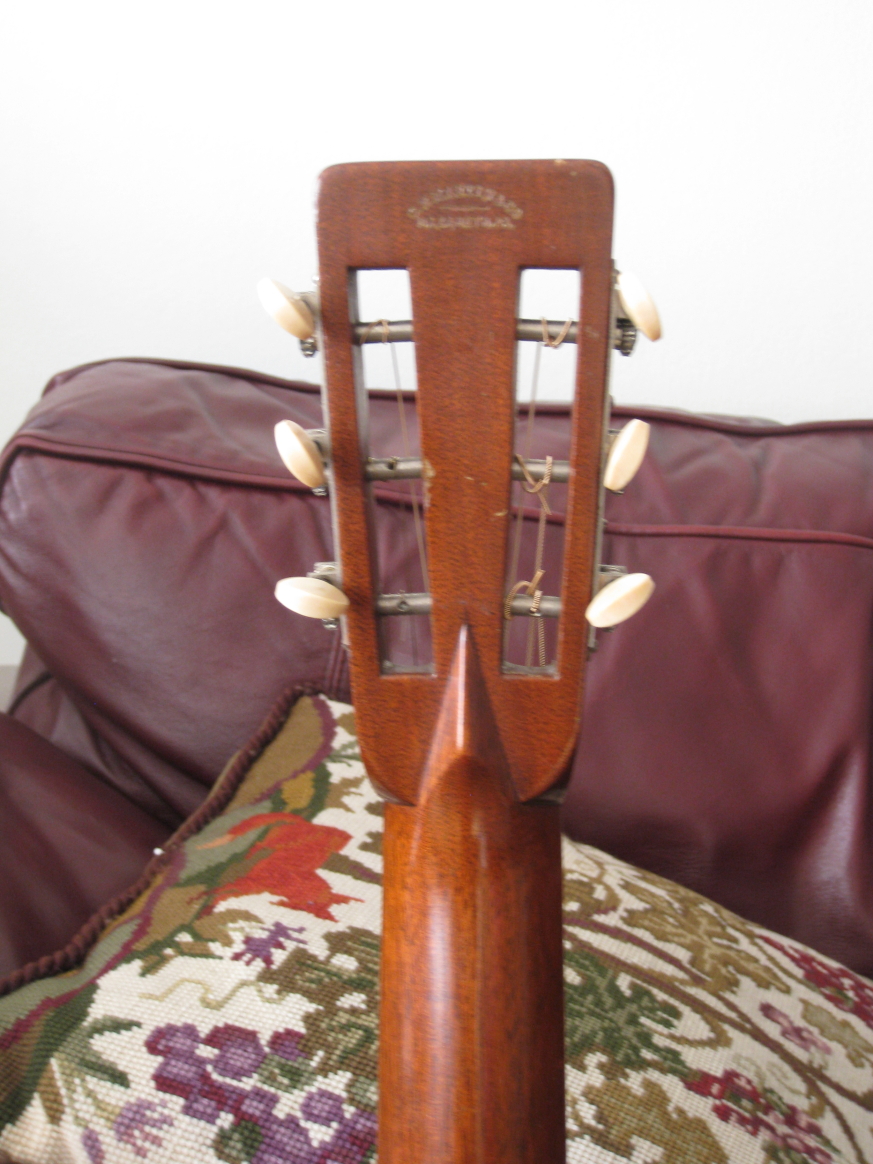 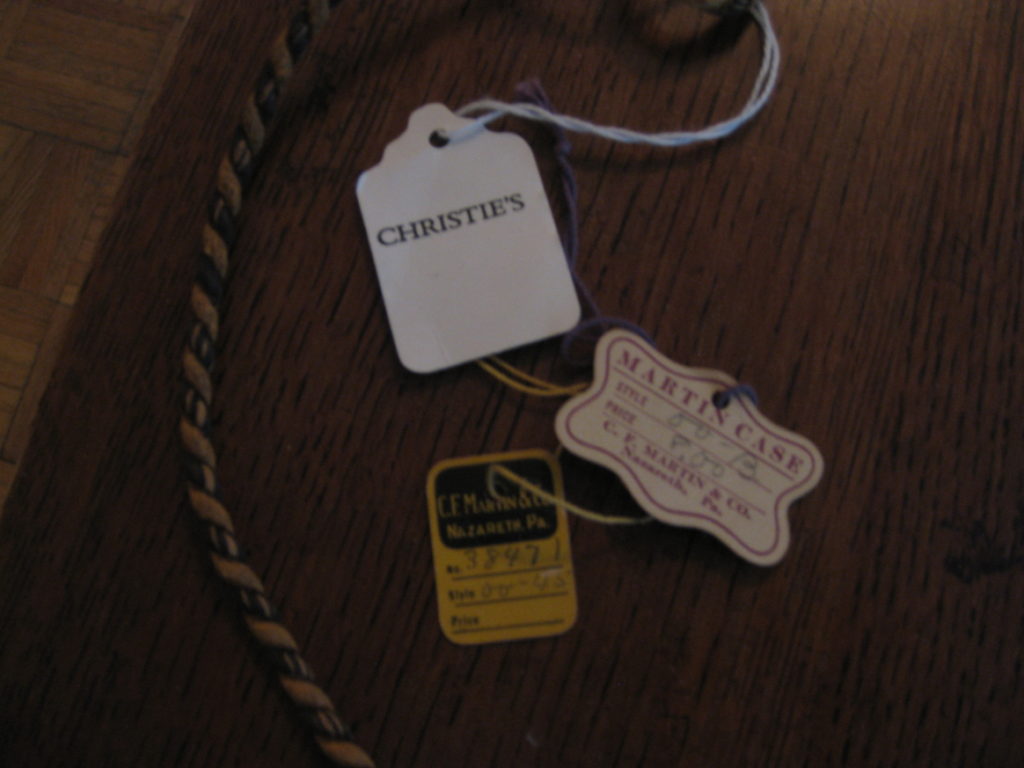