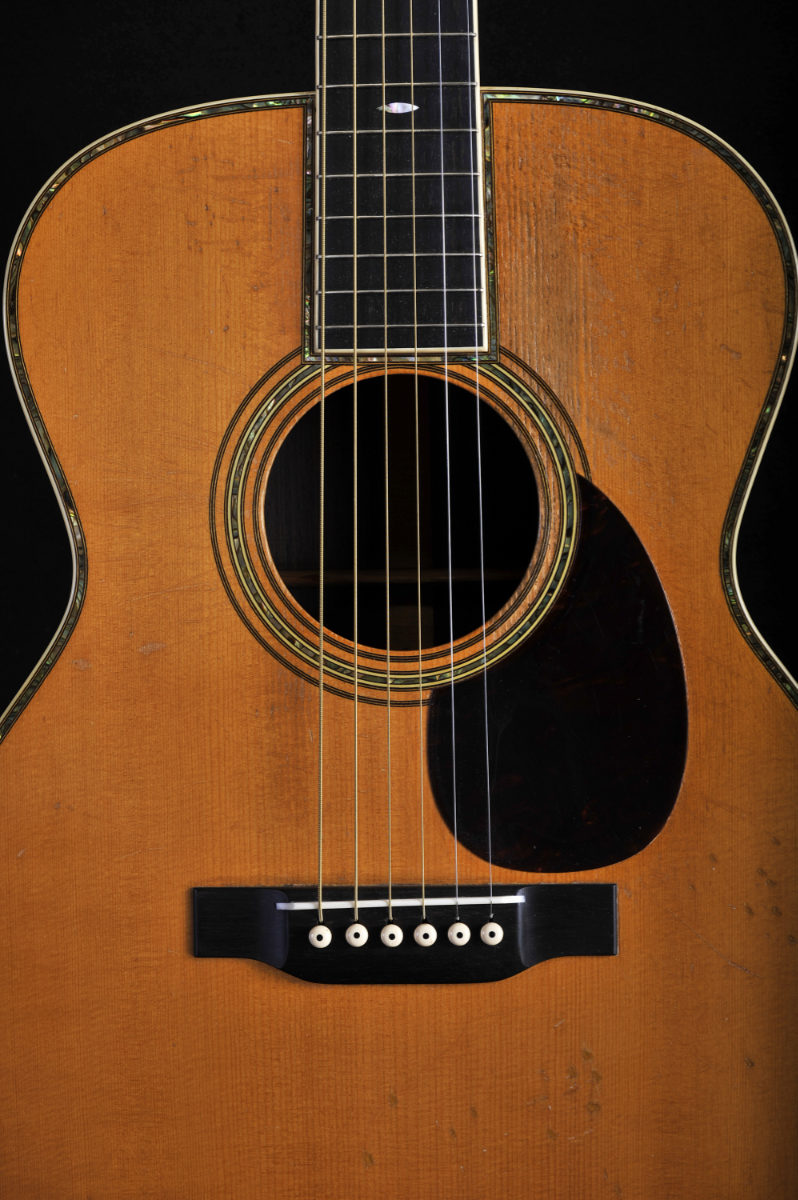 As an early example of an OM guitar it has banjo tuners and the small OM pickguard. In this case the original tuners have been replaced but the celluloid buttons are original.

As it turns out the story of this guitar gets even more interesting.

The second last photo shows "Mac's Haywire Orchestra". Mac is at the far right and he is playing a OM-42! And the musician on the left has an OM-28! (this is important later)

I found a very interesting biography at the following website (www.bluegrassmessengers.com/harry-%E2%80%9Chaywire-mac%E2%80%9D-mcclintock--1928-.aspx) that is well worth the read and saves me having to transcribe an already well written article.

The biography provides enough clues to draw the conclusion that the OM-42 in this entry was once "Haywire Mac's" guitar. From the biography we see that Mac played on the radio and made recordings in the San Francisco area.

This OM-42 was ordered by Rudolph Wurlitzer Co. in San Francisco CA on August 21, 1930 (you will note that is only the day before the guitar was stamped). The last clue is that an OM-28 was ordered by Wurlitzer in San Francisco on the same day! It seems entirely likely that both guitars went to the same customer and the OM-42 was indeed once owned by Harry McClintock. 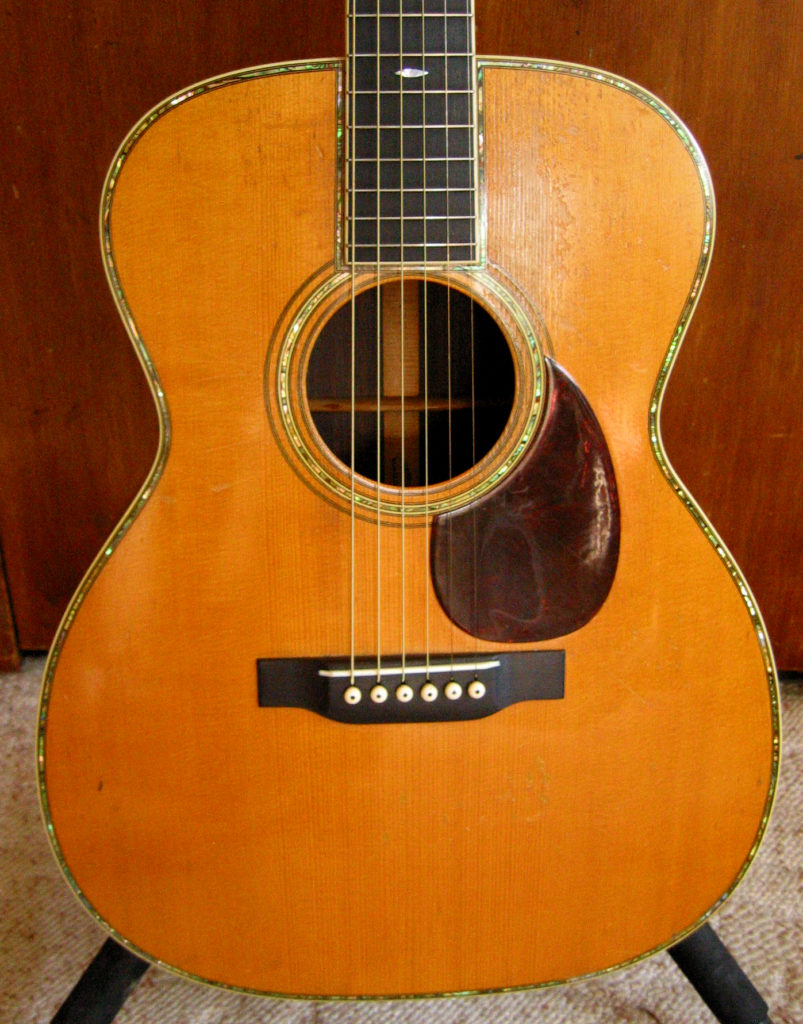 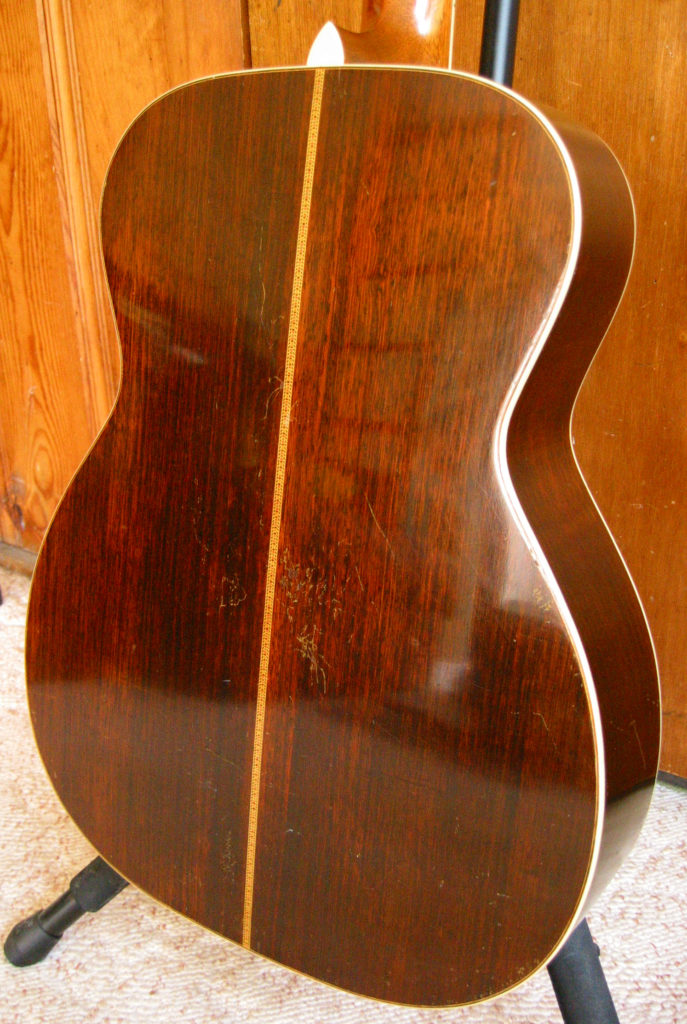 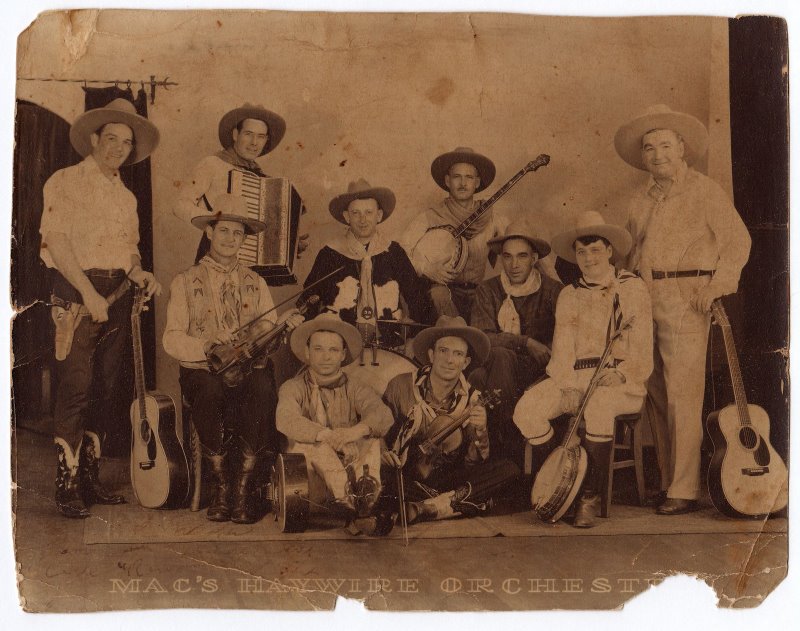 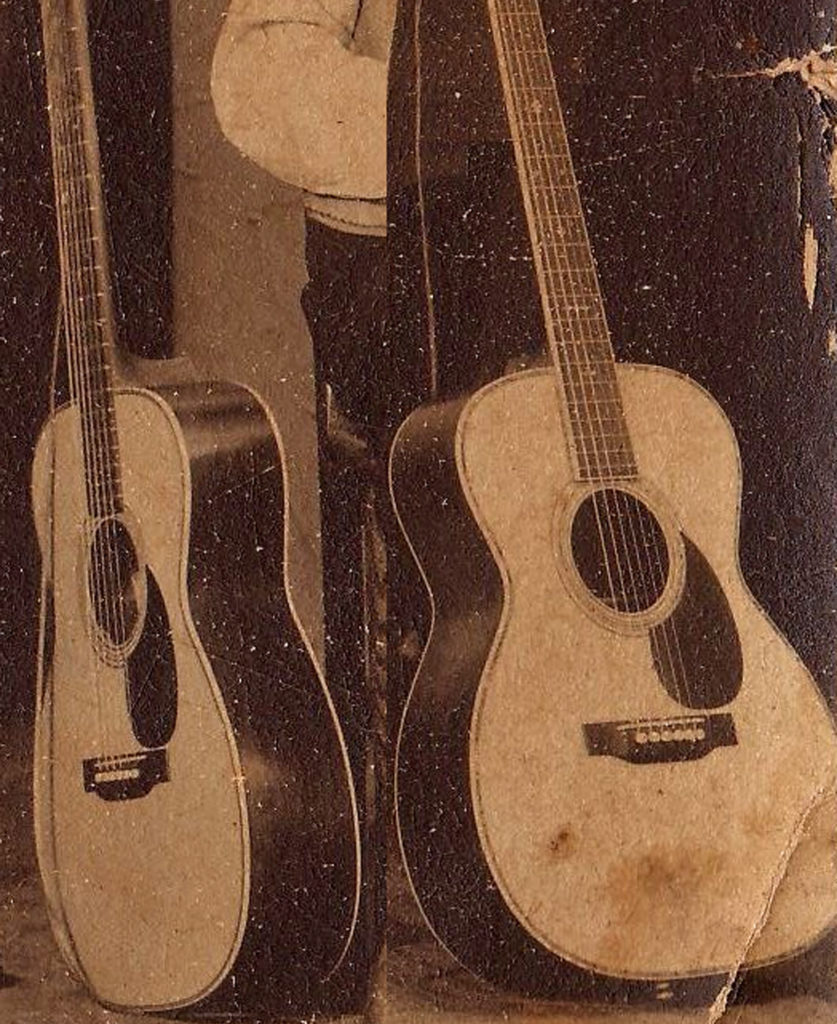