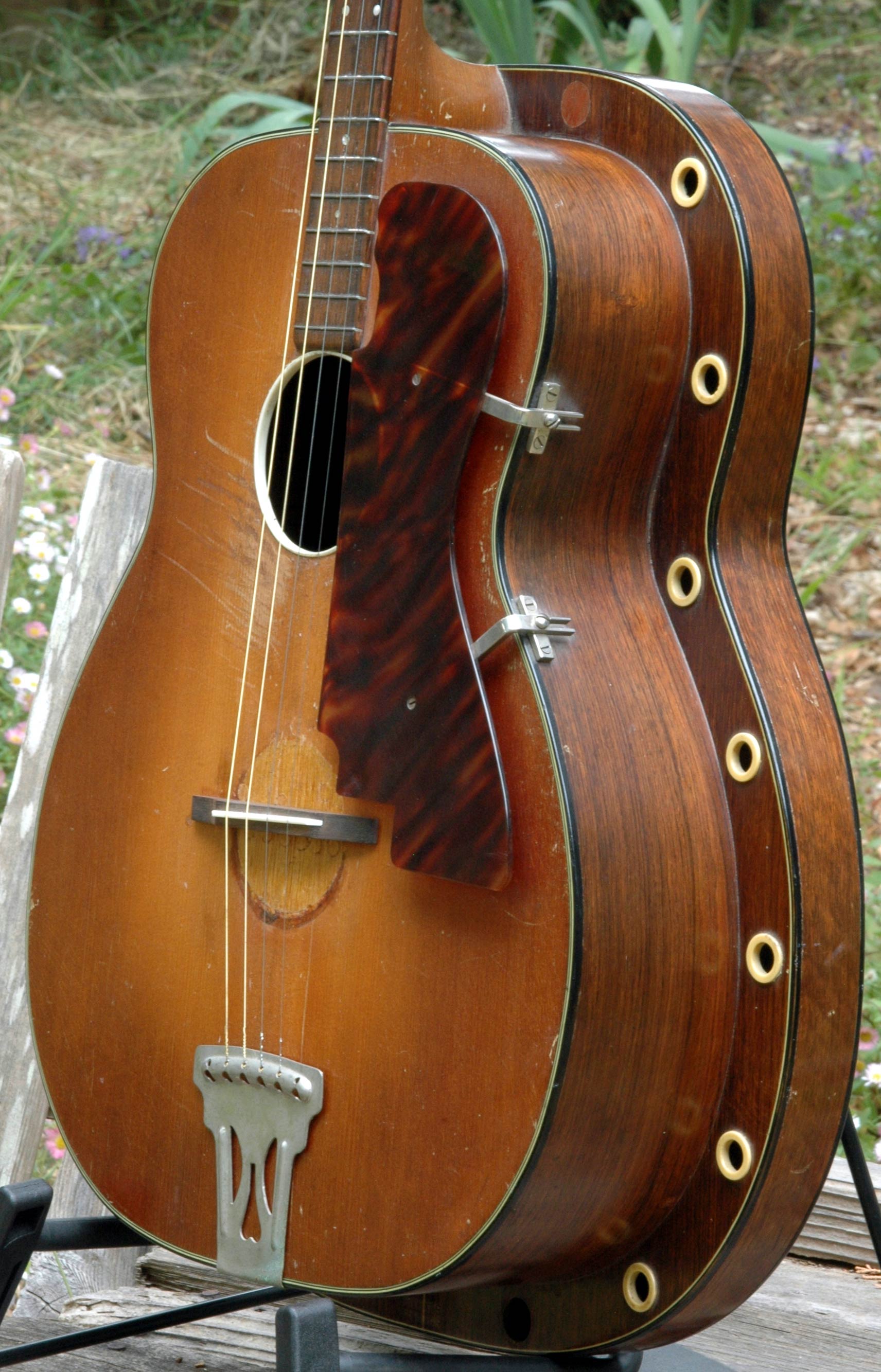 As well, style L guitars are known with and without a sound hole, with a tailpiece or with a glued-on bridge, different number of holes in the resonator rim (18 for the tenor guitars and 20 or 38 for six string guitars) and with natural or shaded tops. One style L is even known with extra deep sides.

In 1930 William L. Lange Music Co., manufacturer of Paramount banjos, contracted with C. F. Martin & Co. to make some special guitars of Lange’s own design. Lange marketed them as Paramount Style L guitars and they were available as either 6-string Spanish guitars (with regular or Hawaiian set-up) or as 4-string tenors. This tenor guitar came from the batch ordered in January 1931.

Serial number stamped on back of headstock 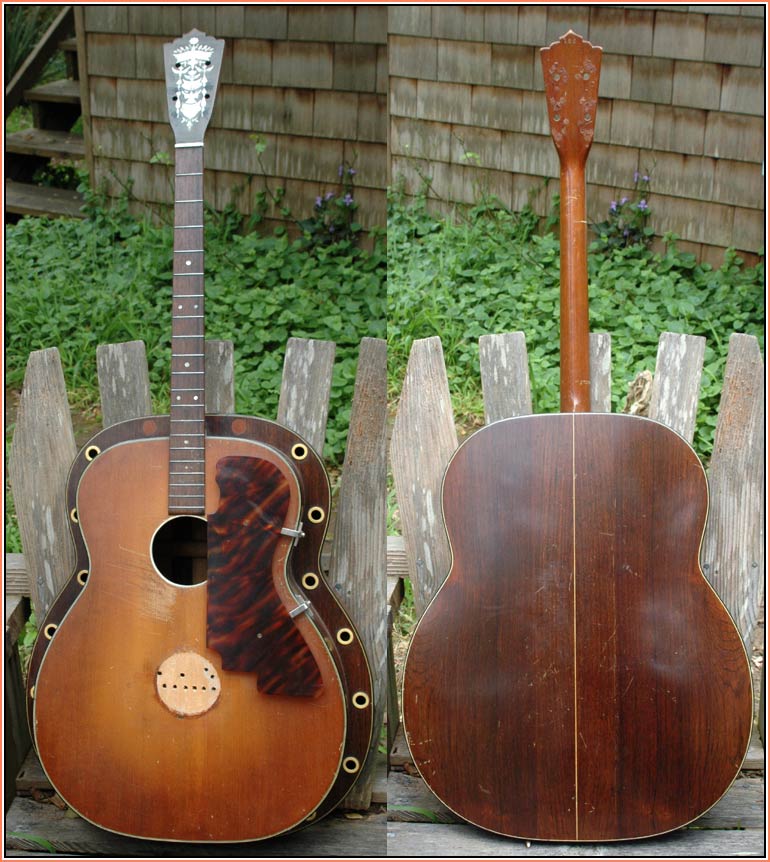 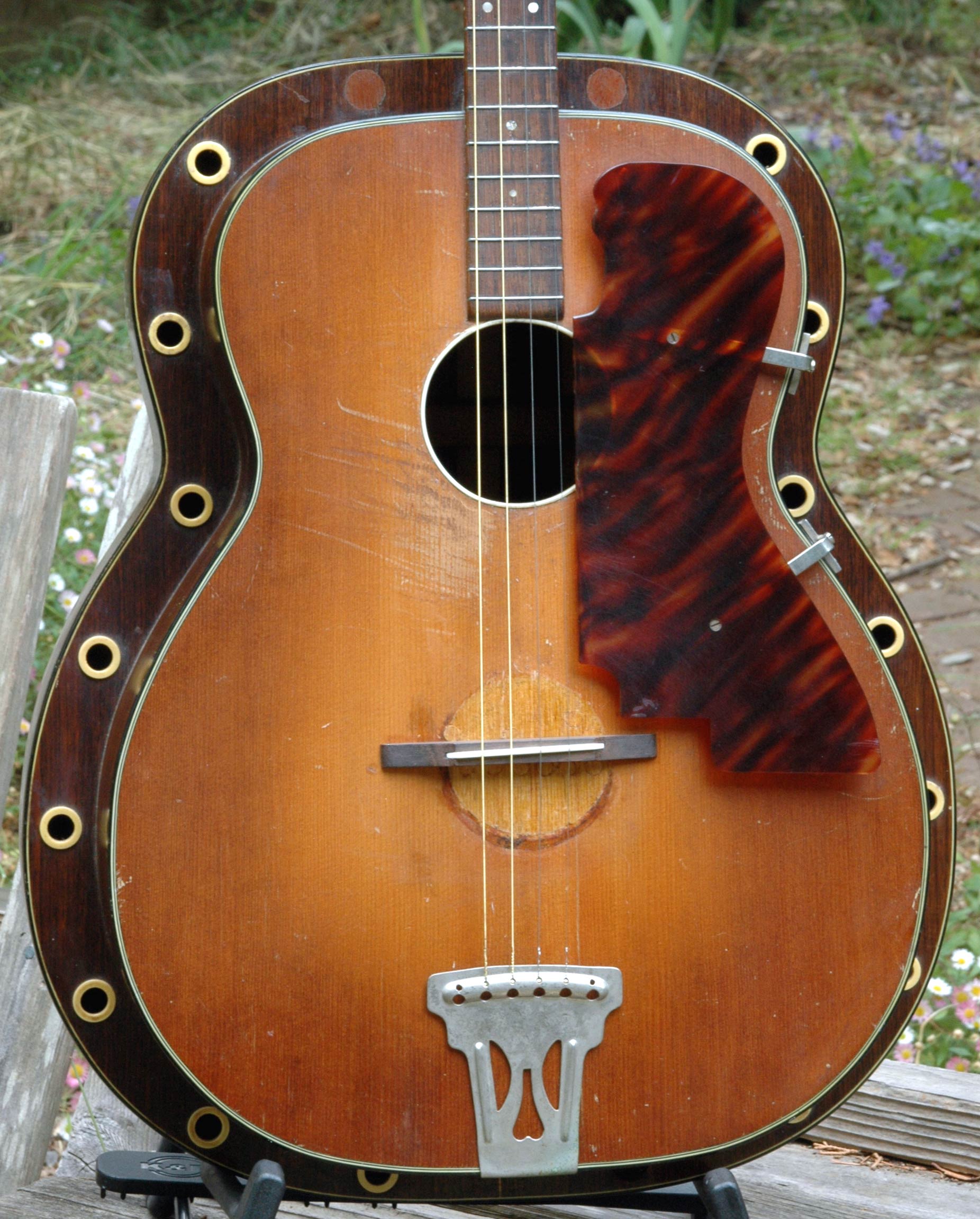 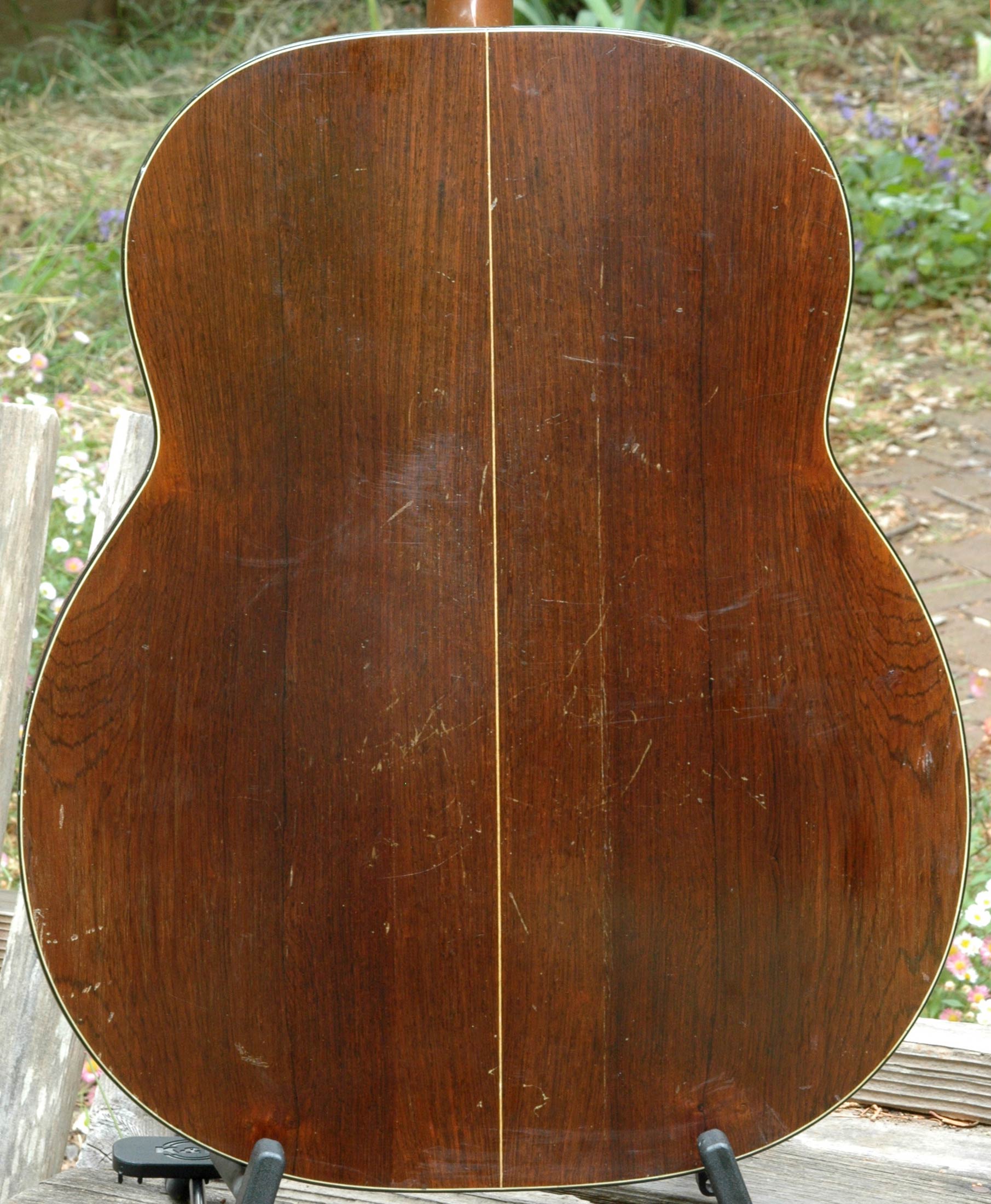 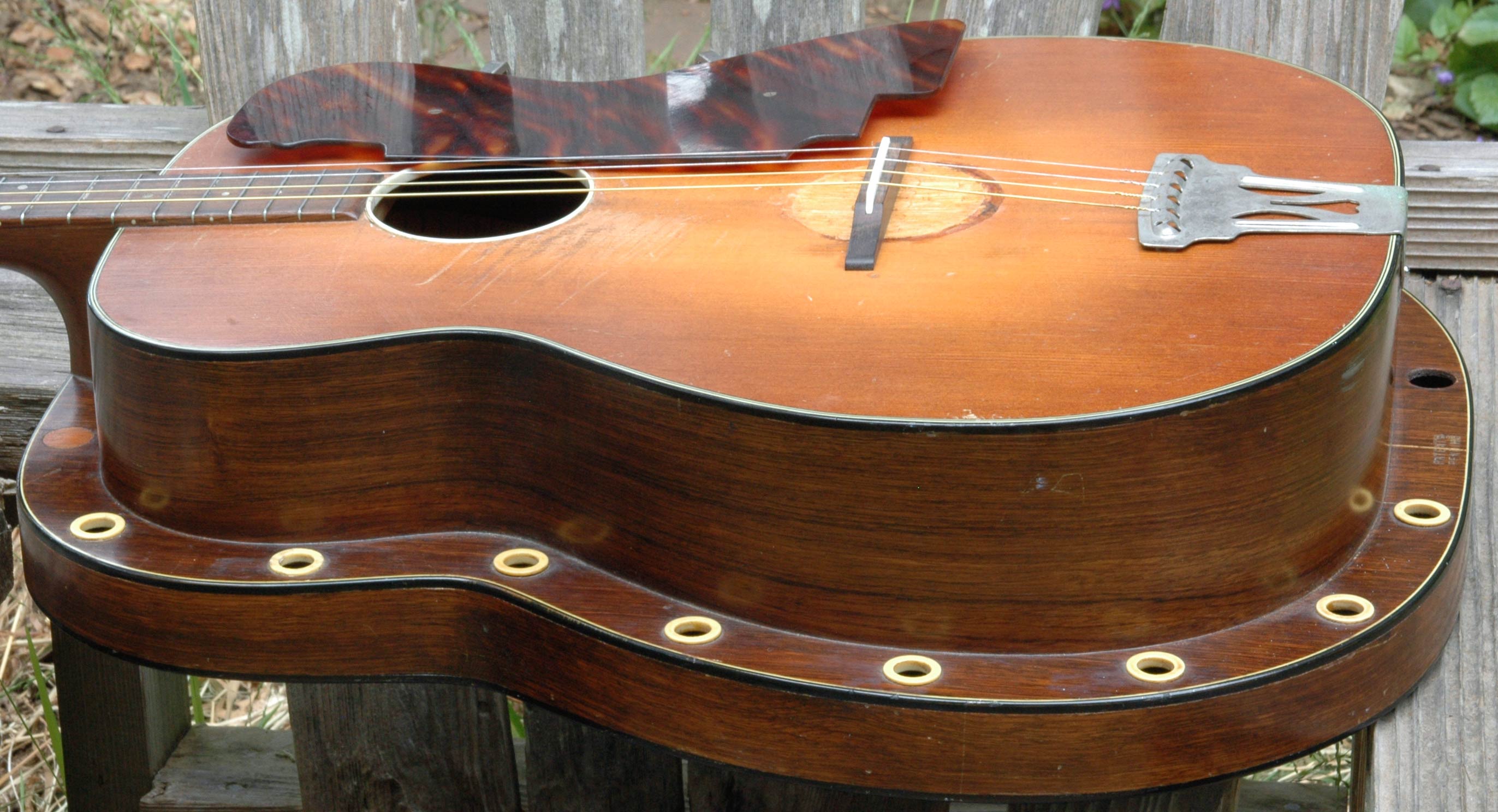