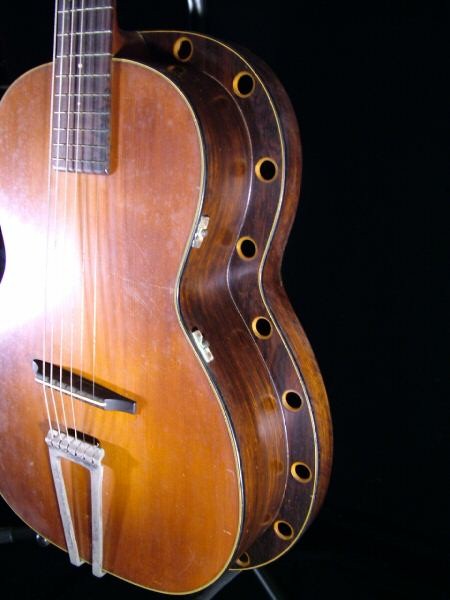 As well, style L guitars are known with and without a sound hole, with a tailpiece or with a glued-on bridge, different number of holes in the resonator rim (18 for the tenor guitars and 20 or 38 for six string guitars) and with natural or shaded tops. One style L is even known with extra deep sides.

Martin did not record serial numbers for these guitars as the serial numbers were applied by Lange. A “PATENT PENDING” stamp was also added by Lange and appears on the back of the head stock or on the rim of the resonator section at the bottom of the guitar. The serial numbers on examined Style L guitars vary from 101 to 160 which fit well with the number ordered. It will probably be found that the serial numbers range from 100 to 170.

Serial number stamped on back of head stock 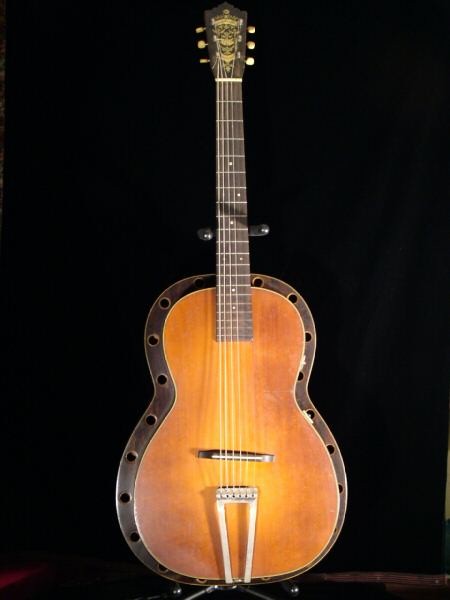 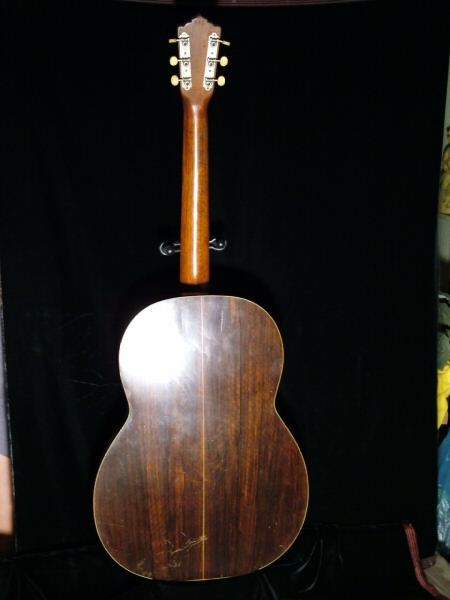 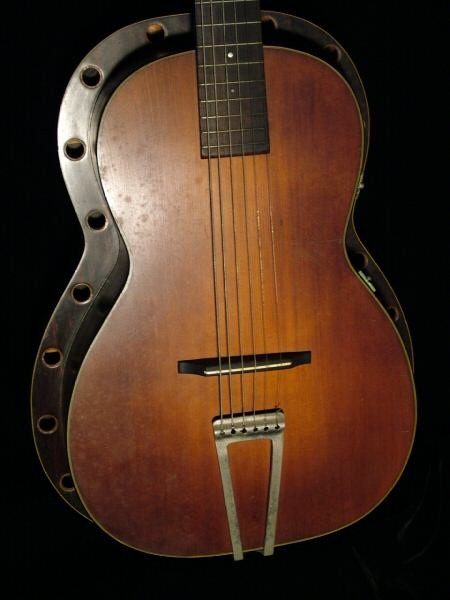 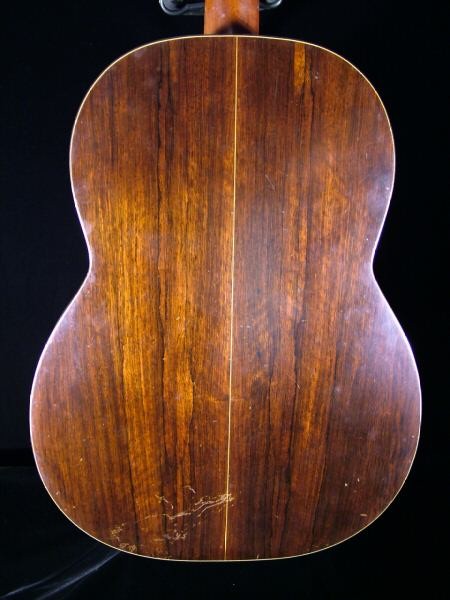 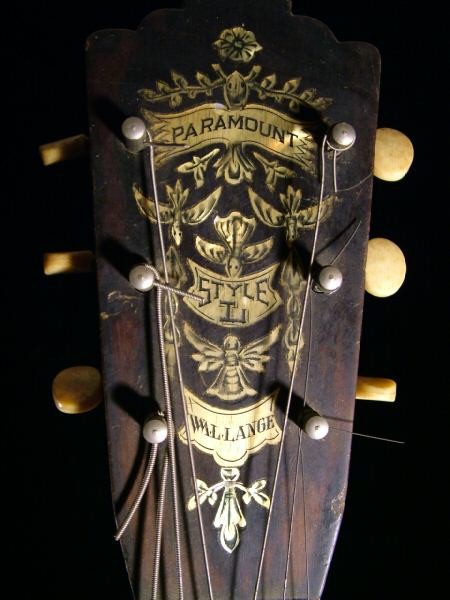 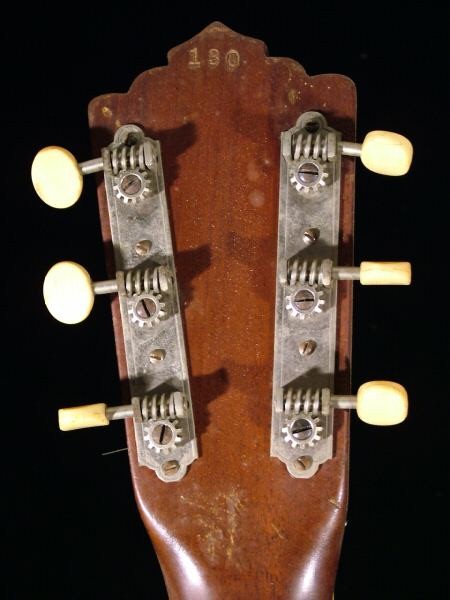 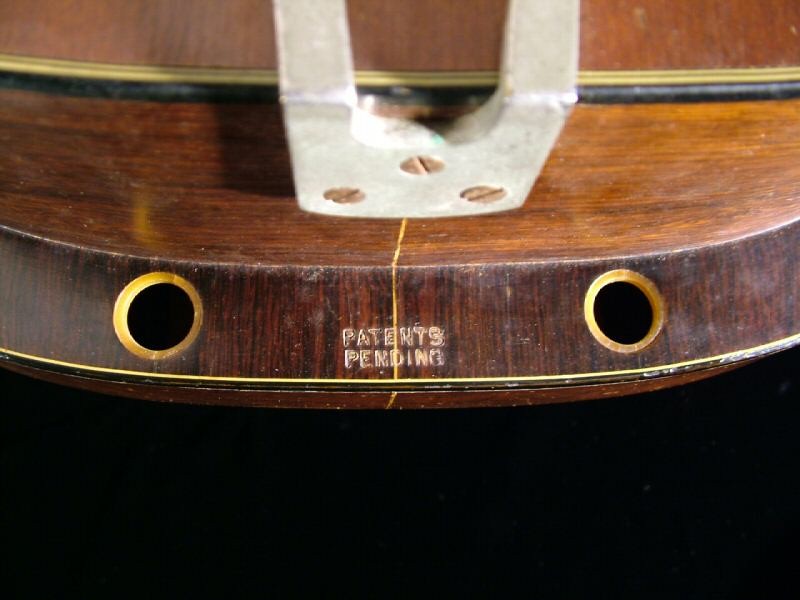 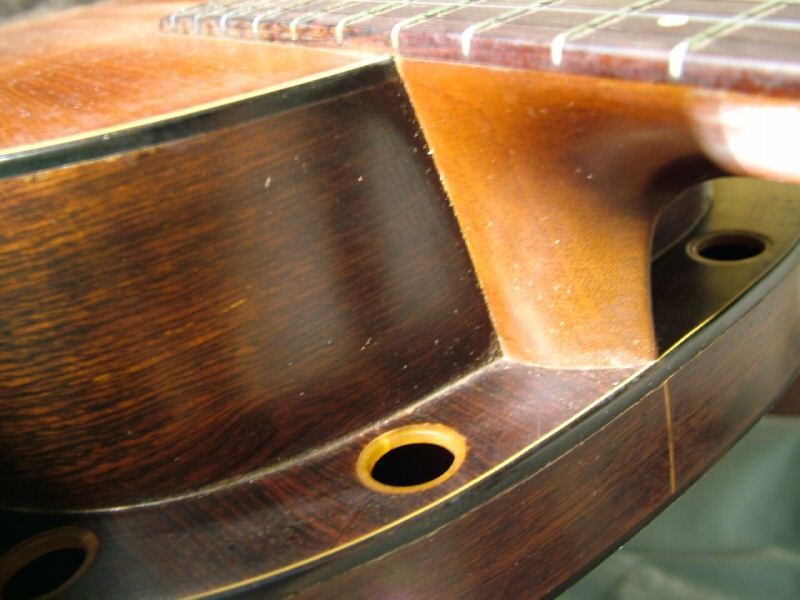 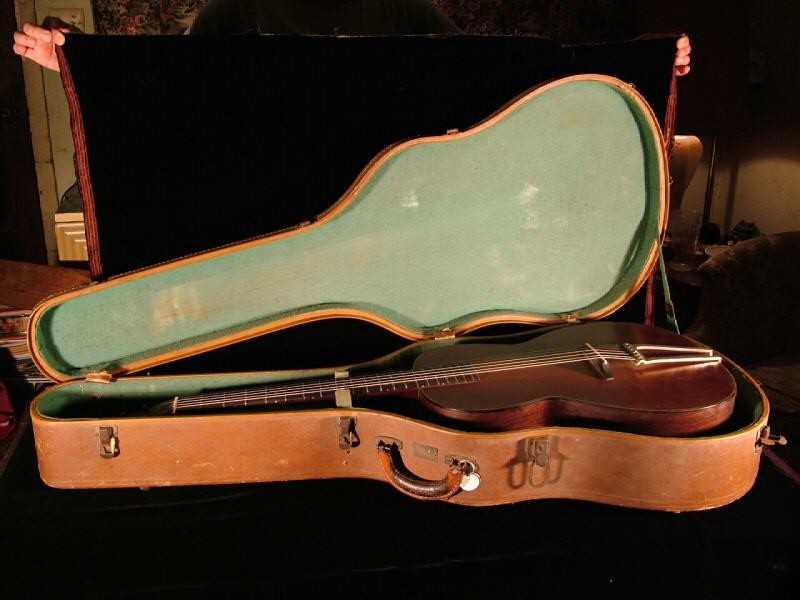