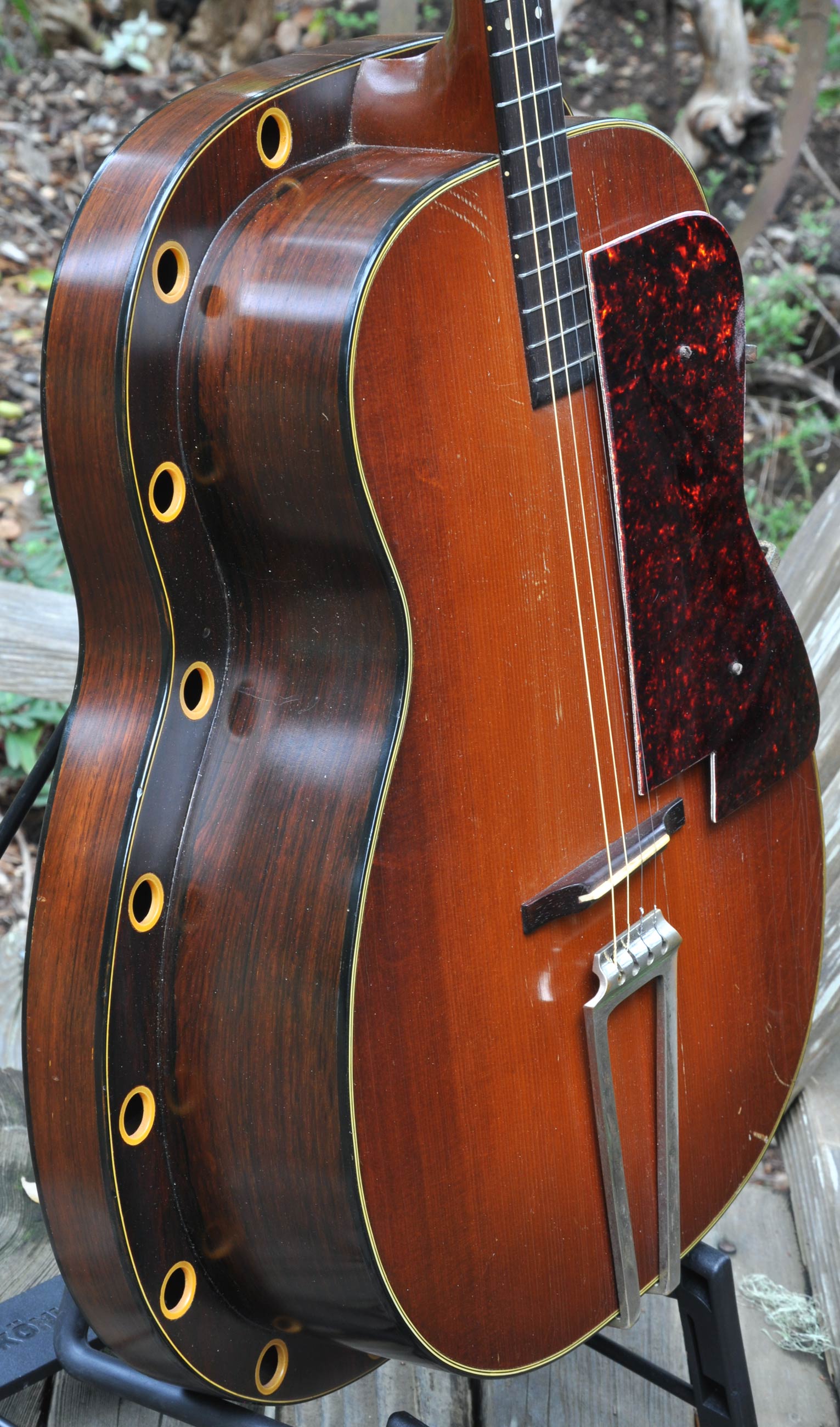 As well, style L guitars are known with and without a sound hole, with a tailpiece or with a glued-on bridge, different number of holes in the resonator rim (18 for the tenor guitars and 20 or 38 for six string guitars) and with natural or shaded tops.

PATENTS PENDING stamped on resonator rim at bottom of the guitar 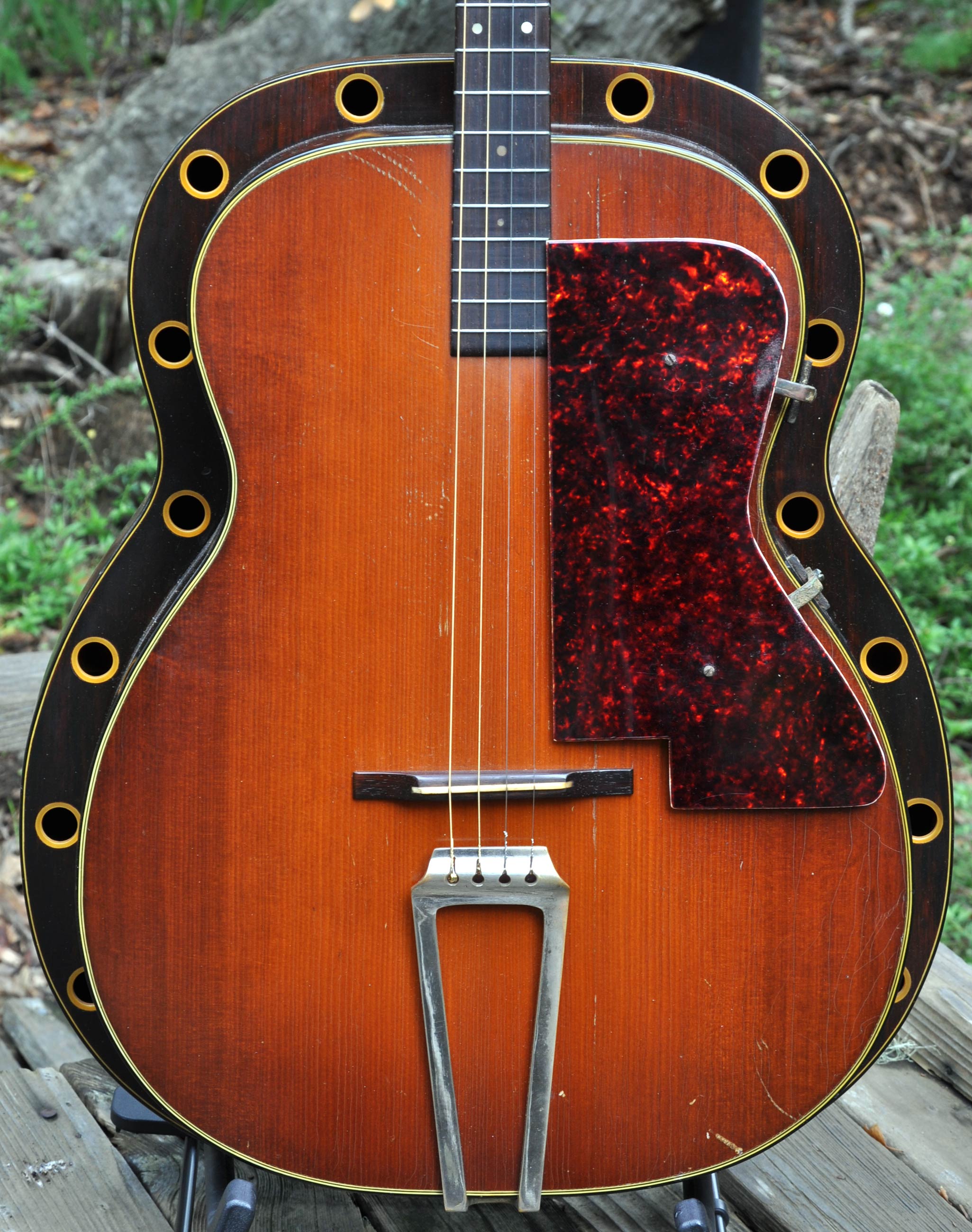 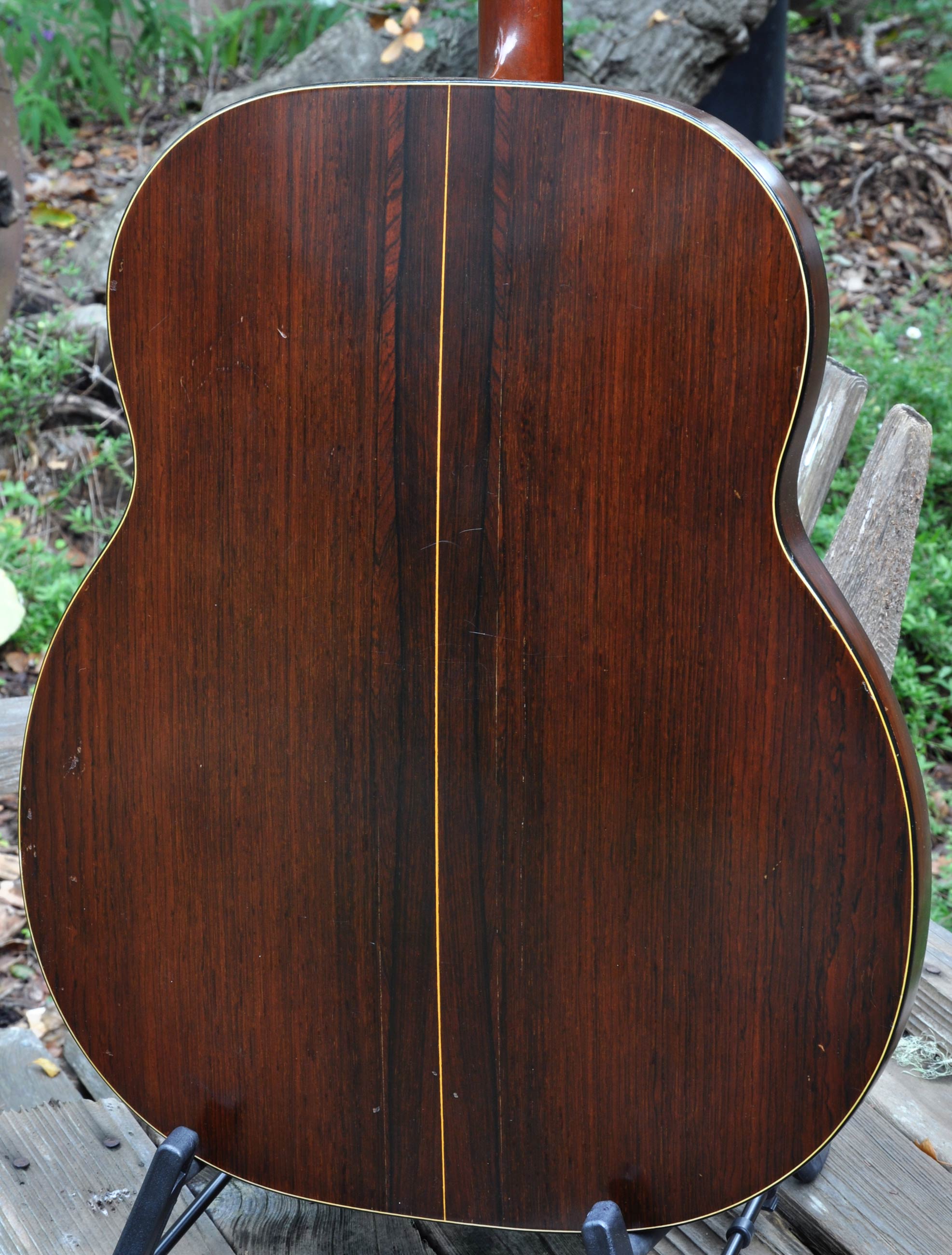 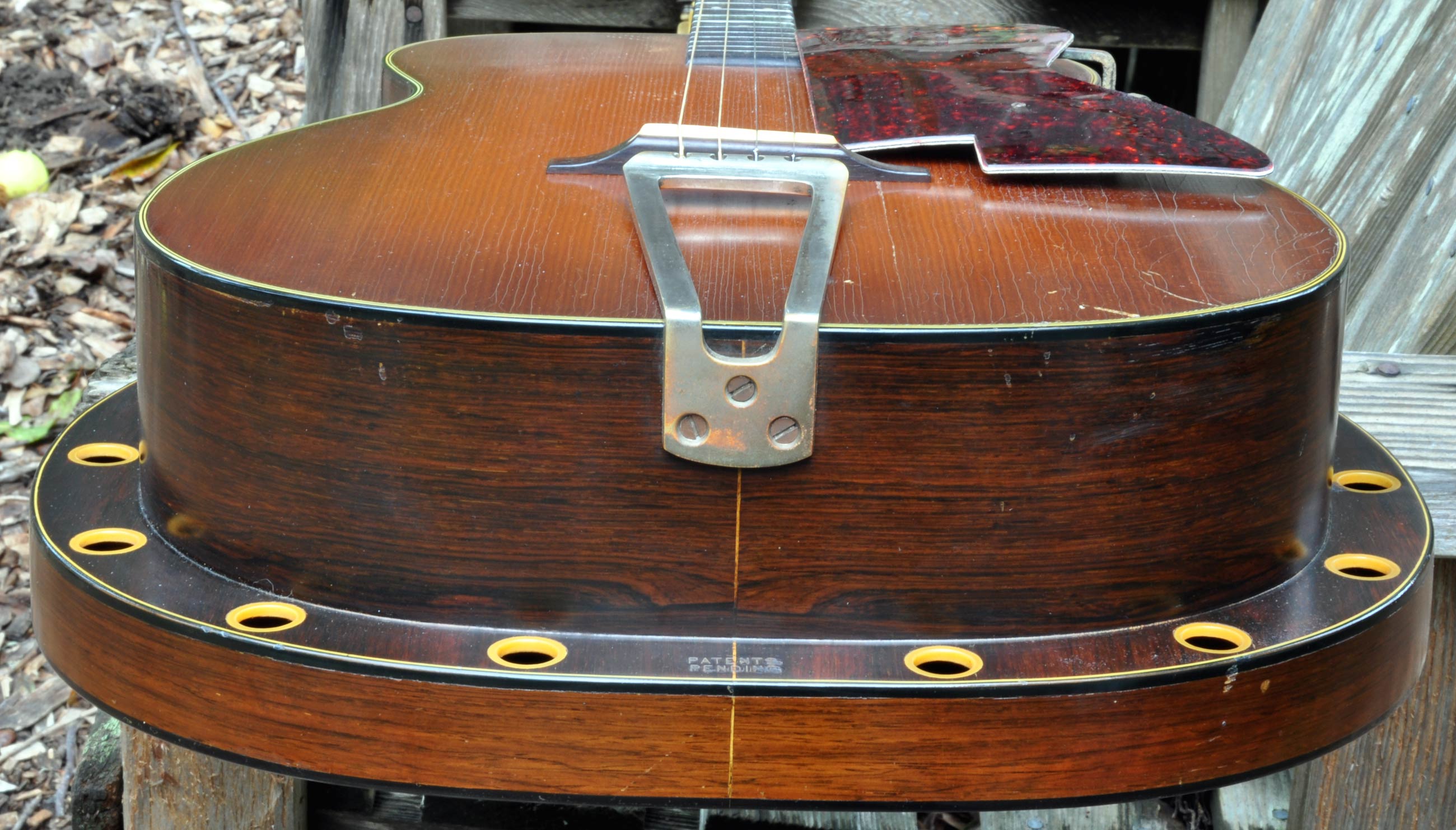 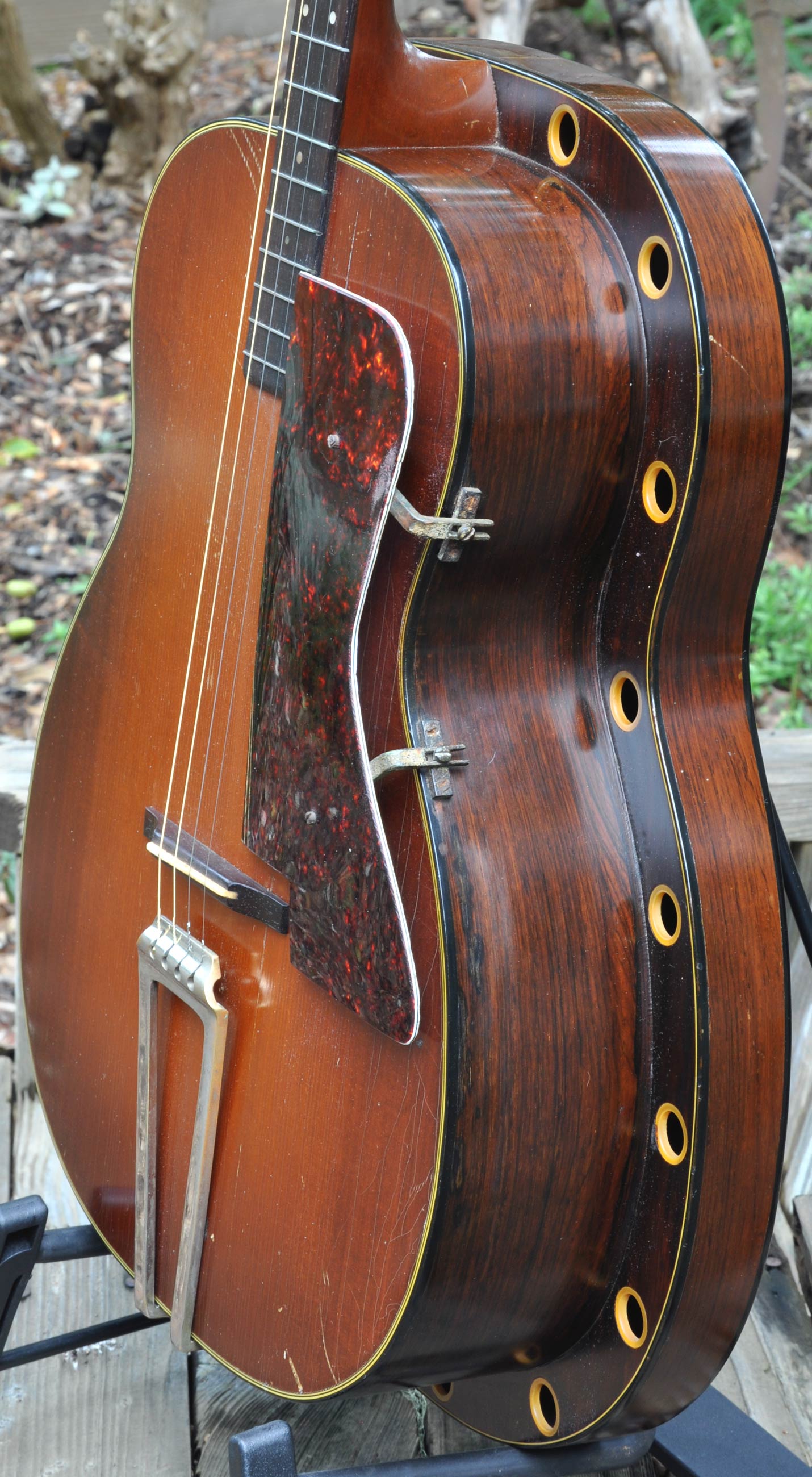