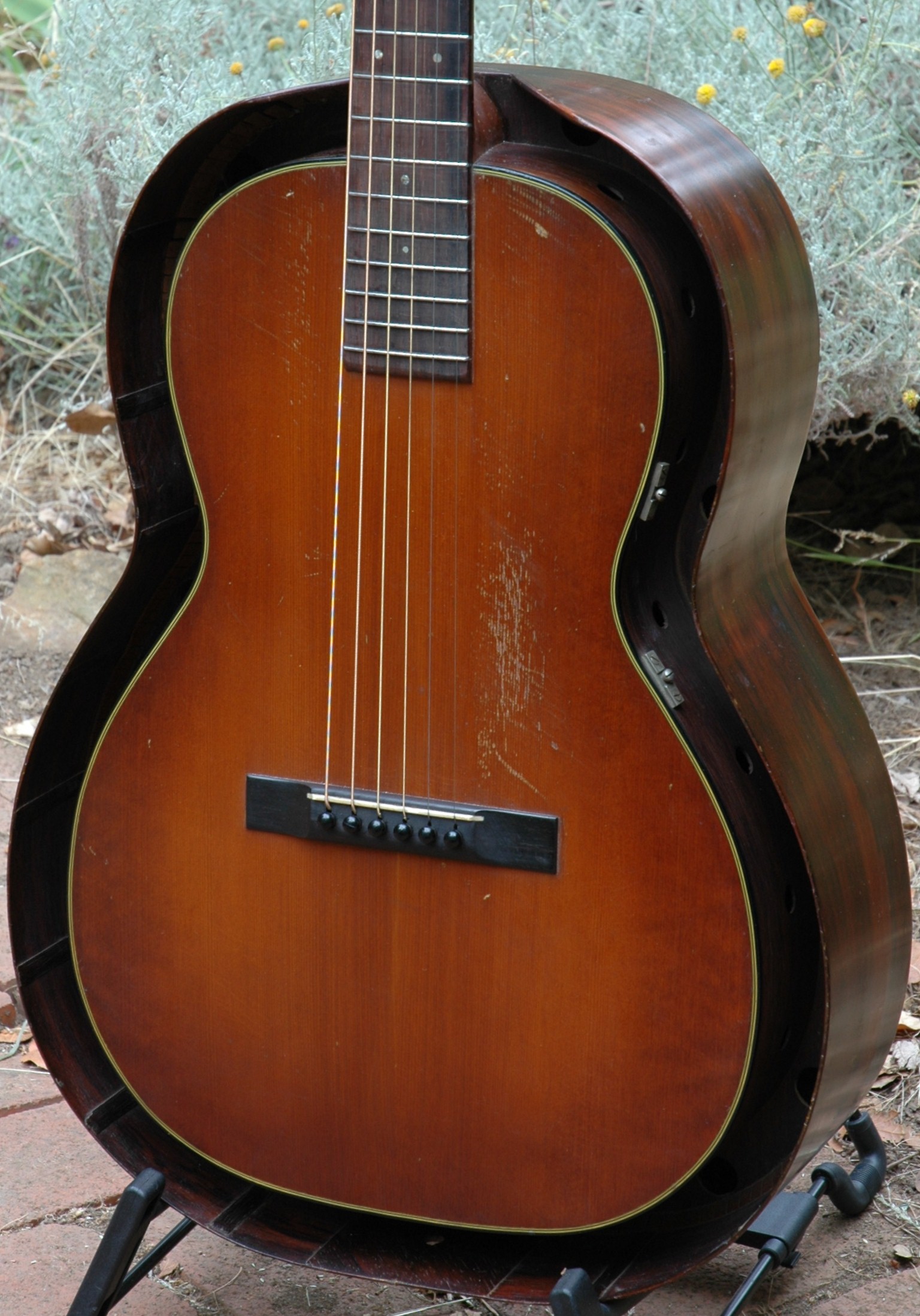 This guitar is the unique example of a Paramount style L that has the resonator sides sides as deep as the rest of the guitar. It may well be the Paramount 0-21S stamped on April 10, 1931.

As well, style L guitars are known with and without a sound hole, with a tailpiece or with a glued-on bridge, different number of holes in the resonator rim (18 for the tenor guitars and 20 or 38 for six string guitars) and with natural or shaded tops.

Also has further holes in the sides of the guitar 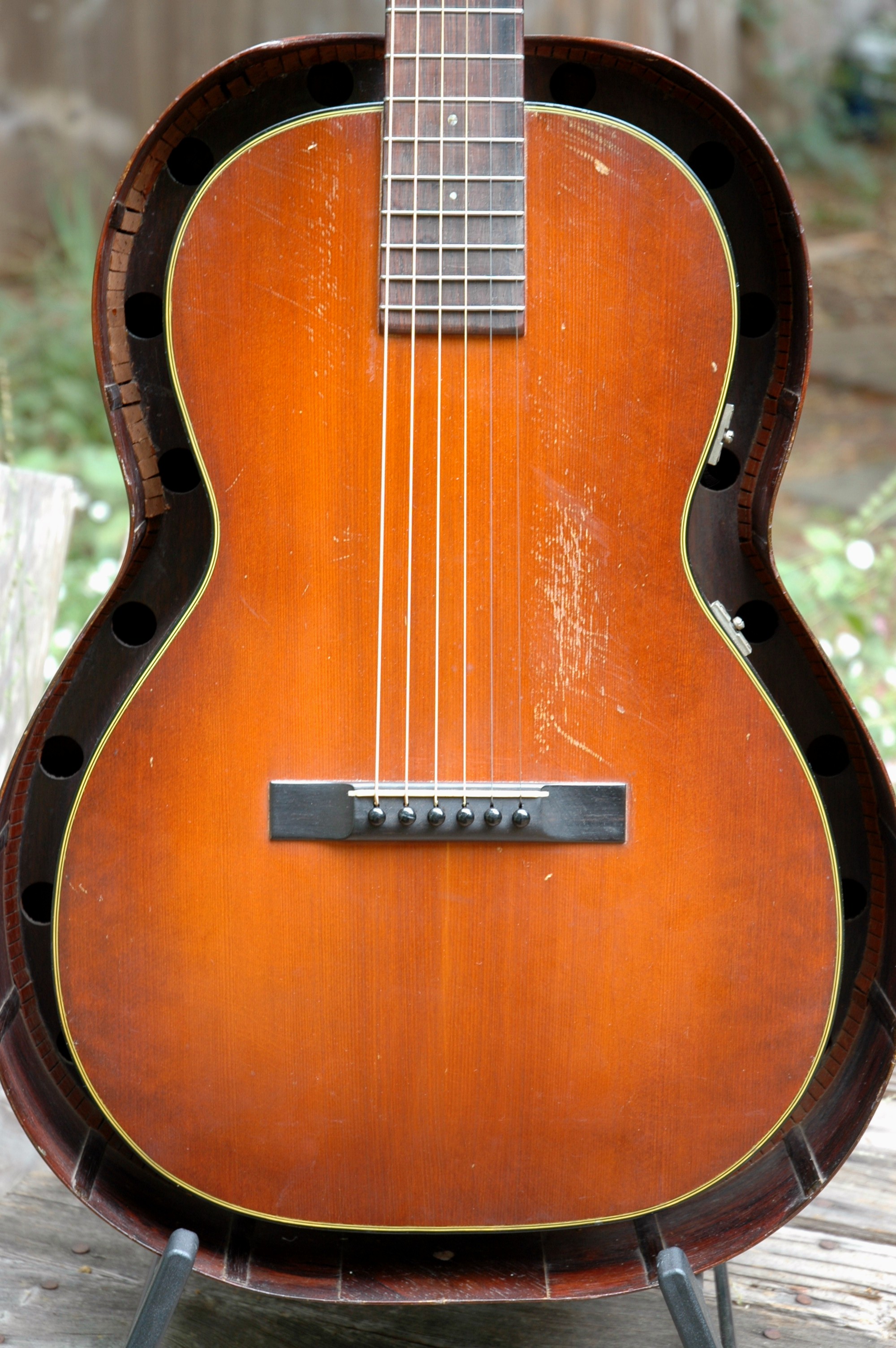 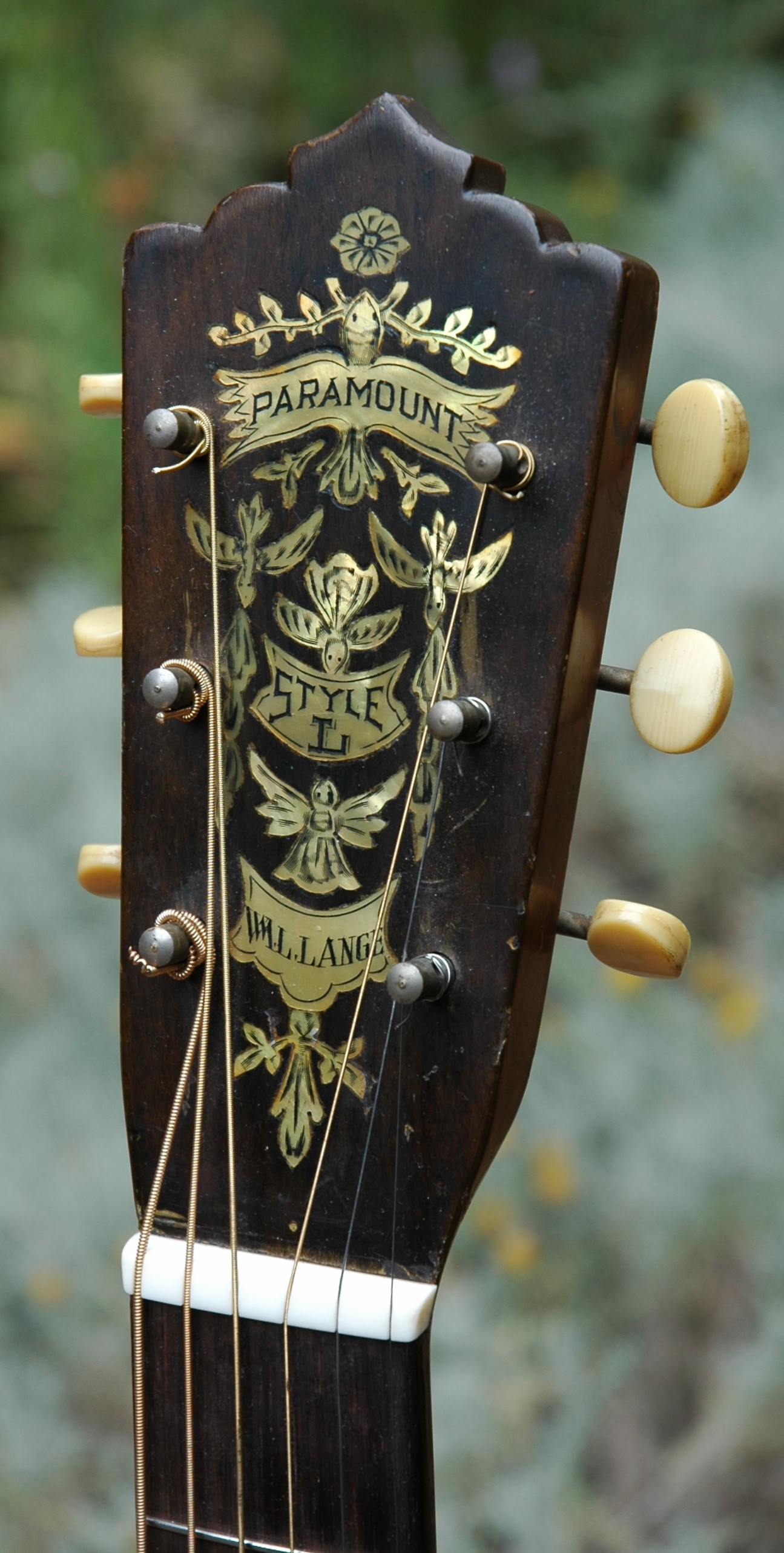 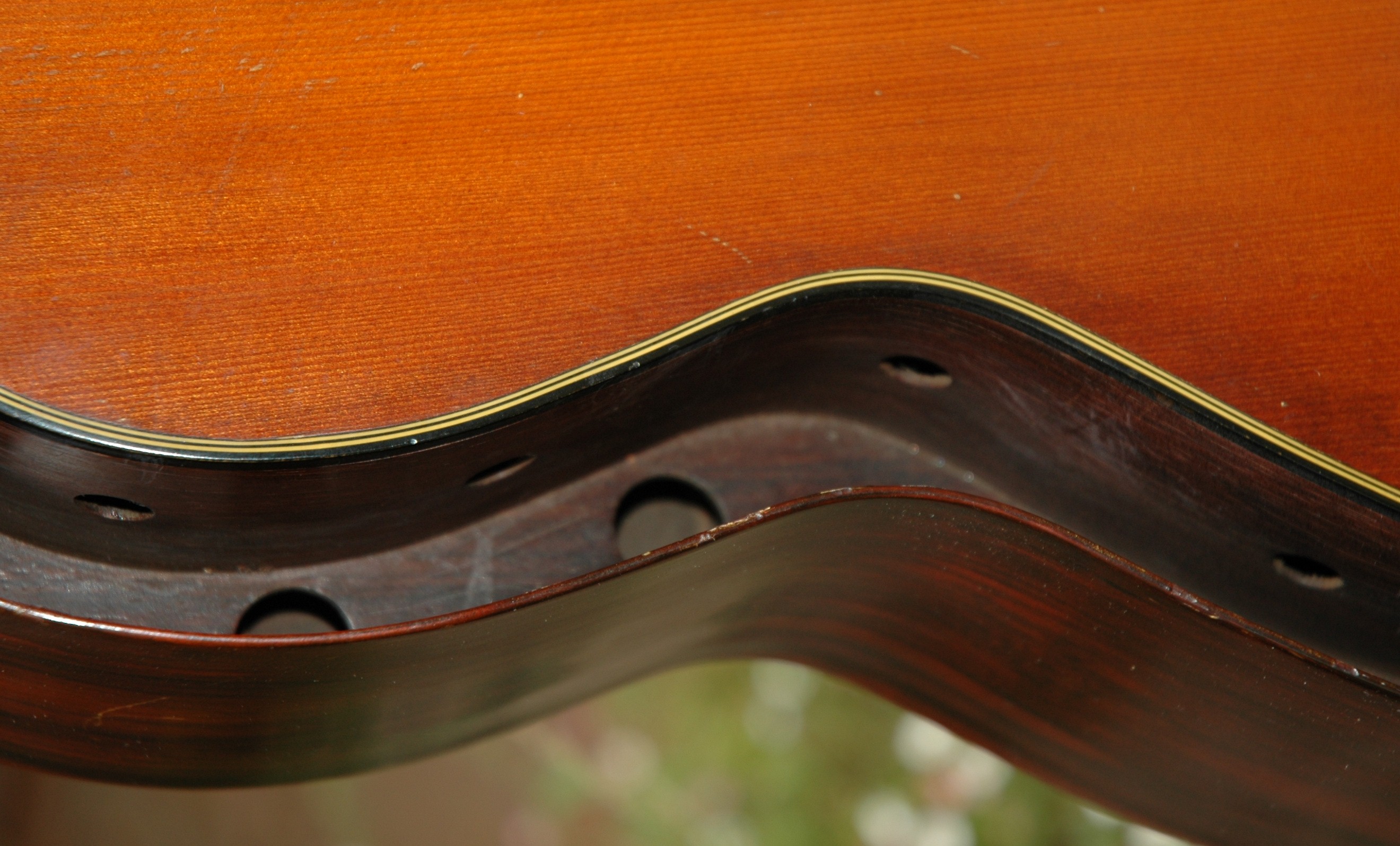