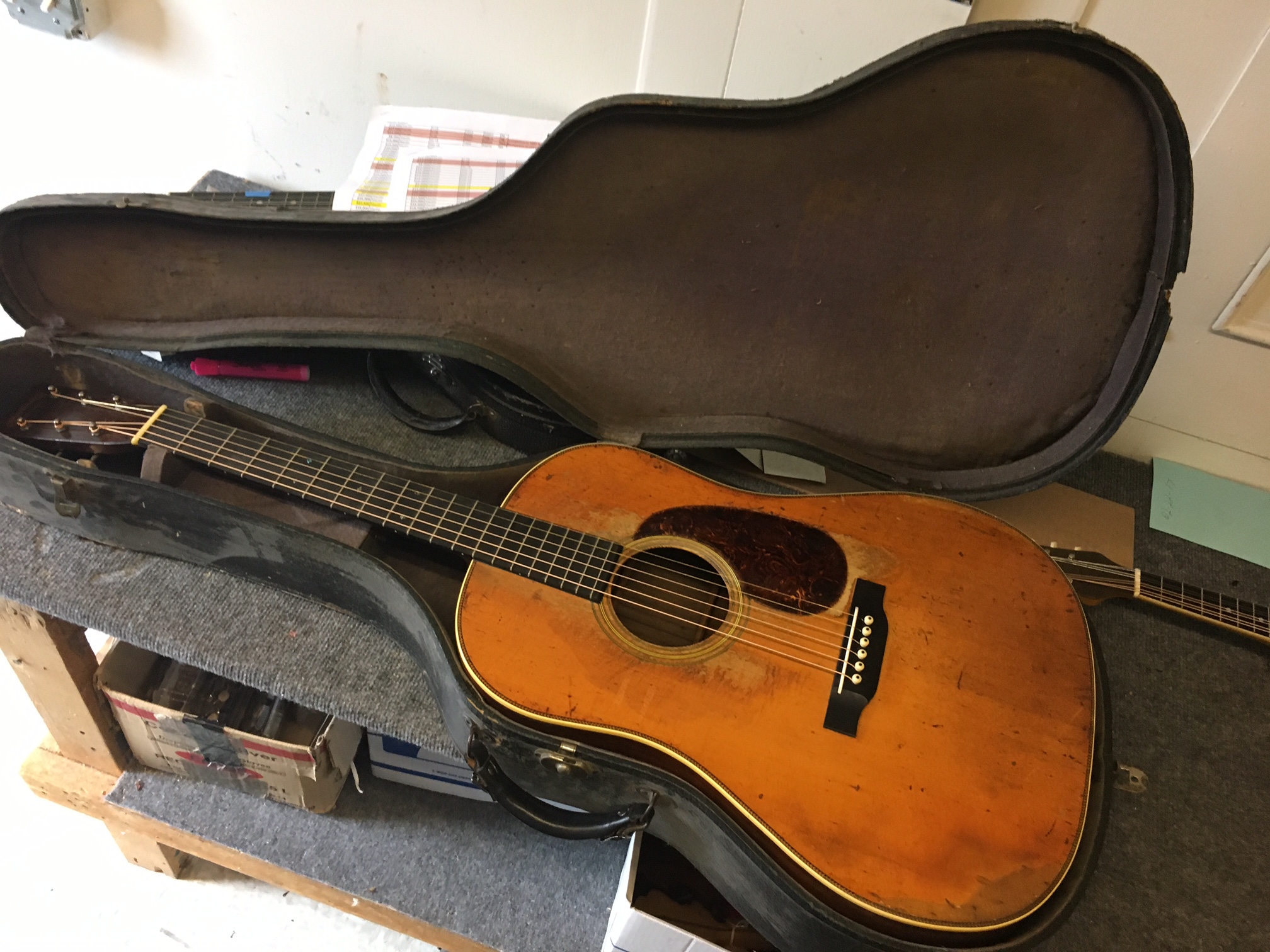 Here is one of the rarely seen 12-fret D-28 guitars. It is also one of the very last regular 12-fret D-28s made (although a few more 12-fretters were made on special order in subsequent years).

The guitar differs from other 12-fret D-28 guitars because it has a solid headstock and a neck width of 1-3/4" at the nut (as opposed to the slotted peghead and 1-7/8" wide necks of earlier examples). This guitar was made only a few weeks before the first 14-fret D-28 so it may be that Martin was experimenting with dimensions and features. 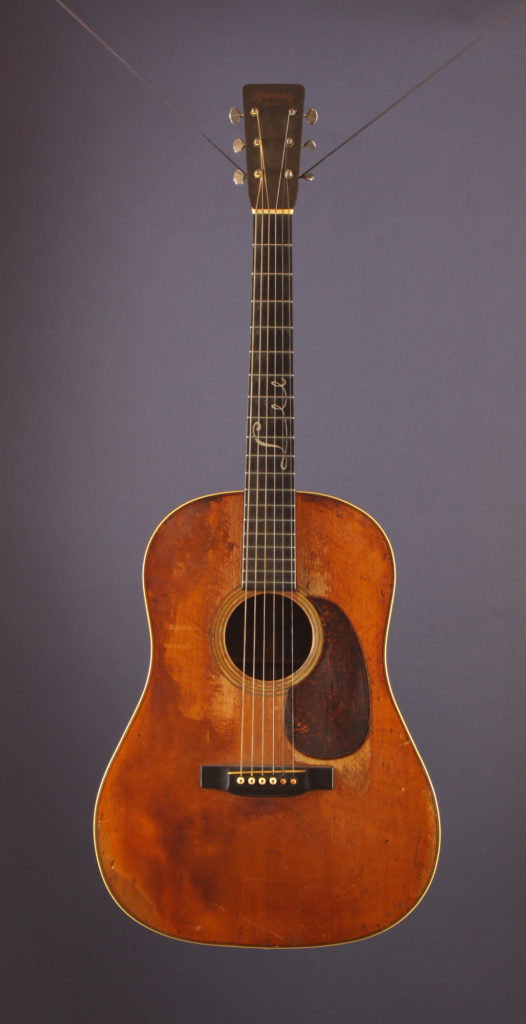 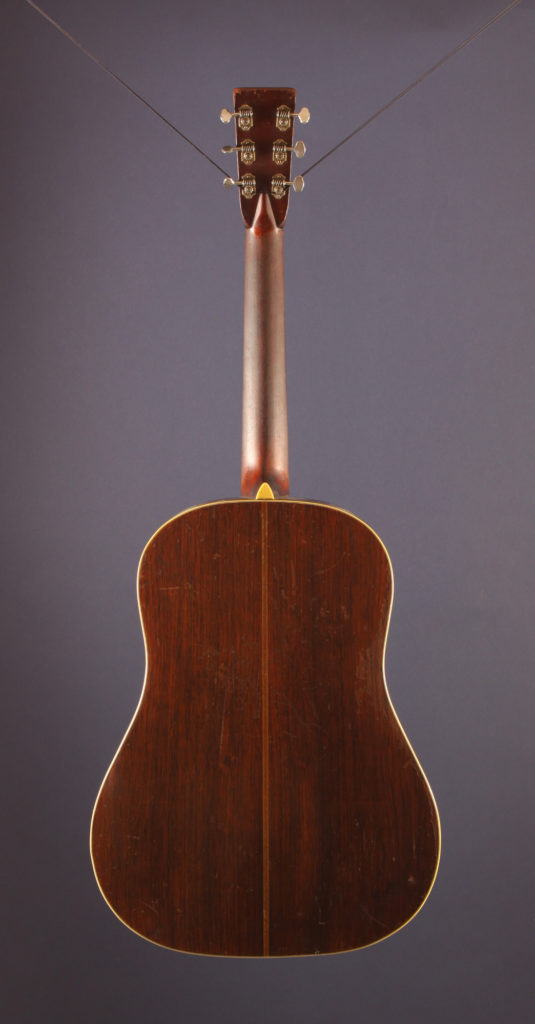 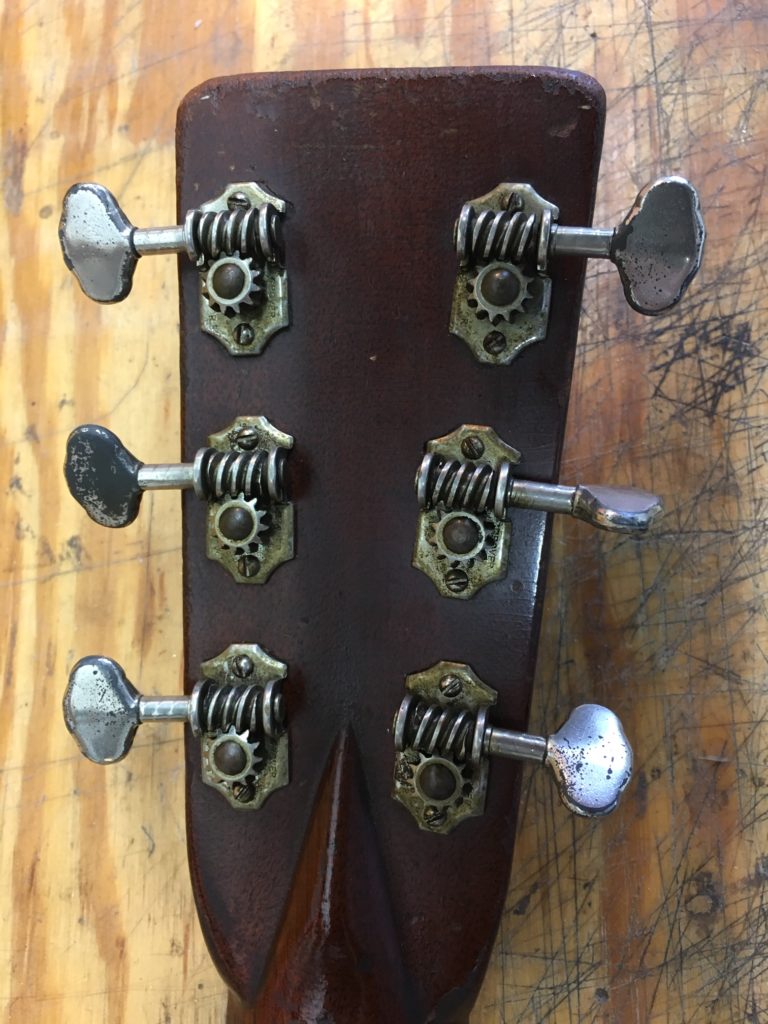 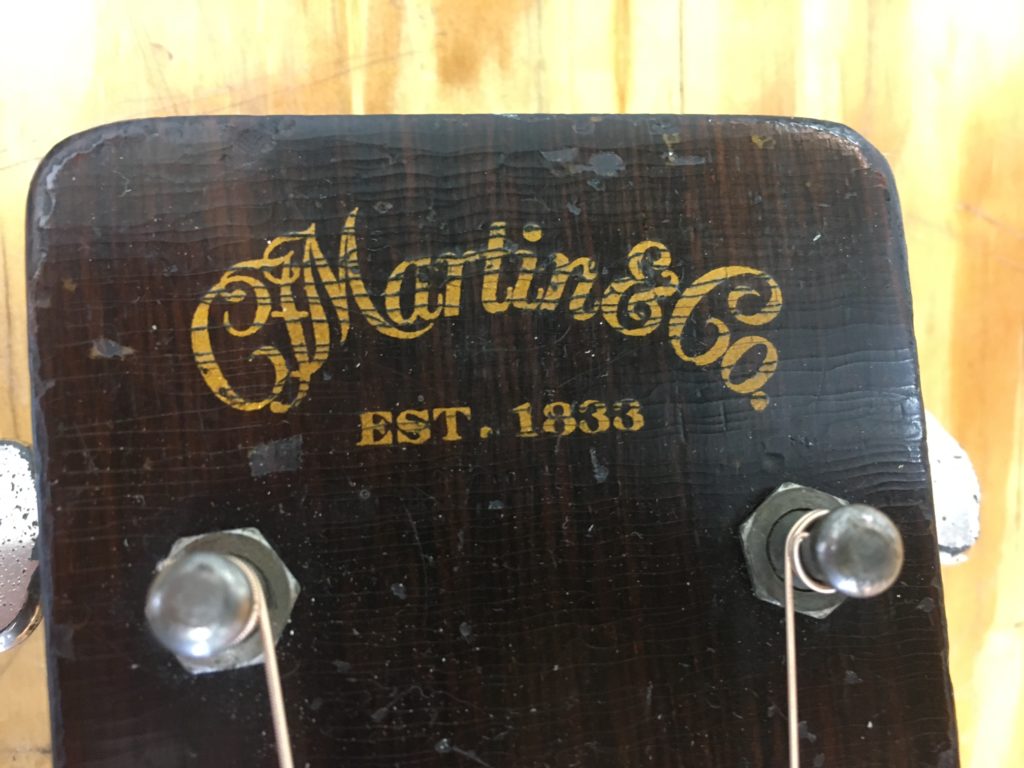