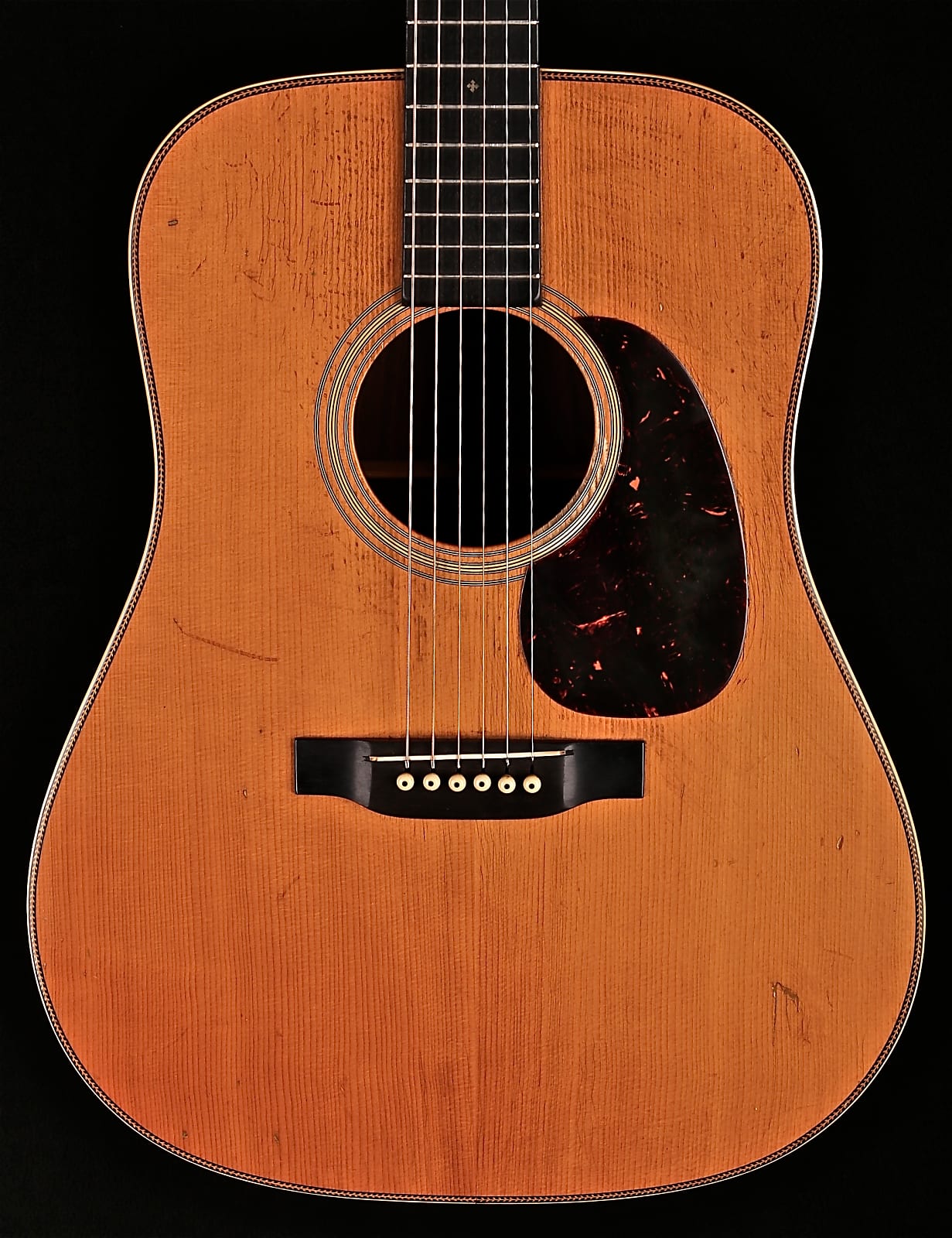 Serial number 75371 is an "ordinary" 1940 Martin D-28 but comes with an extraordinary provenance!

The guitar was stamped on June 21, 1940 and cleared final inspection on October 22 that year. If, as mentioned below Blue Sky Boys were based in Atlanta then this might be the D-28 that was ordered by Cable Piano Co. in Atlanta on February 14, 1941. Or, if the guitar was purchased in Asheville NC where they played on the radio, it might be one of the two D-28 guitar ordered by Dunham's Music House in Asheville during this period; one ordered on November 16, 1940 and the other on February 17, 1941.

At the time of writing (January 3, 2021) this instrument is available at Maple Street Music (https://reverb.com/item/33114043-martin-d-28-1940) who have kindly given me permission to use their photographs and their write up, as shown below.

"There are guitars that are treasures, and there are treasured guitars; but, every now and then, we are fortunate to encounter a treasured treasure. This is precisely how we would describe this very special D-28 herringbone, which, here at Maple Street Guitars, has now been dubbed the “Blue Sky” D-28, in light of its long-time owner (more on this later). Indeed, there are few vintage acoustic guitars (or guitars in general) considered more rare and desirable than a pre-WWII Martin D-28—many consider it one of the greatest acoustic guitars every made!

At the time of this D-28’s production in the late second quarter of 1940, there were fewer than 700 14-fret D-28s in existence (only 134 were made in 1940). The D-28 definitely underwent some design changes in the pre-WWII era while Martin began to hit their stride with the dreadnought, but the most significant changes arguably occurred in the post-war era. Most notable among these were: the move to tapered X-bracing from scalloped bracing in late “44/early ’45, the transition to Sitka spruce from Adirondack spruce for tops in ’46, and the change to simple top purfling and checkered backstrip from the zigzag backstrip and herringbone purfling in ’47. As a result, the D-28 was indeed a very different guitar by 1950, both aesthetically and structurally. Of course, the structural modifications have the most bearing on tone; and, to put it in fairly simple terms, the tone of a D-28 went from broad and boomy in the era of scalloped bracing (pre 1945) to increasingly focused with tapered bracing. Incidentally, one can glean a reliable impression of the difference in these two voices by comparing a modern D-28 (which has non-scalloped bracing) to an HD-28 (which has scalloped bracing).

Yet, none of these developments were of any concern when this guitar was purchased by its original and longtime owner, Earl Bolick, of the Atlanta-based duo, the Blue Sky Boys. To Earl, this D-28 was an instrument and a tool, albeit one of the finest tools a musician could aspire to in those days. At the time, he and his brother, Bill, were enjoying a fairly successful career in the bluegrass, country, and gospel circuits, where their unique blend of vocal harmonies, along with guitar and mandolin, would influence such artists as the Louvin Brothers and the Everly Brothers. Having gotten their start in 1935 on WWNC Asheville as part of the “Crazy Hickory Nuts,” the brothers gained experience and popularity as the “JFG Coffee Boys” before moving to Atlanta in 1936 to perform on WGST. That same year, Earl and Bill auditioned for RCA Records, and they were quickly signed in light of the quality of their singing. Their first record, which included “The Sunny Side of Life” and “Where the Soul Never Dies,” was recorded in Charlotte, NC on June 16, 1936, and proved to be an immediate success! Despite a healthy music career, both Bill and Earl enlisted in the military in 1941 and served throughout WWII. Following the war, they resumed their recording career and had a couple hits. Yet, the brothers ultimately chose to retire in 1951 due to their frustrations with emerging musical trends at the time. Even so, they did reunite to record and tour for brief periods in the early ‘60s and mid ‘70s.

All told, the Blue Sky Boys recorded over 100 songs for RCA and have numerous albums to their credit, which is quite an accomplishment for anyone. Fortunately, Earl’s family has preserved much of this history, some of which will accompany this beautiful guitar. Among this bevy of relics are a collection of LPs, many of which are still sealed, where one will see the “Blue Sky D-28” prominently featured. This alone is an exceptionally rare opportunity, as very few vintage/collectible guitars come with historic (and significant) recordings featuring the instrument itself—way cool!!! Needless to say, we are privileged and honored to represent the “Blue Sky D-28,” as it is not only one of the most sought-after Martins in existence, but it also represents a wealth of musical history that just so happens to have been made here in our hometown. This D-28 is indeed a true treasure that has humbly accompanied many a song and awaits many more to come." 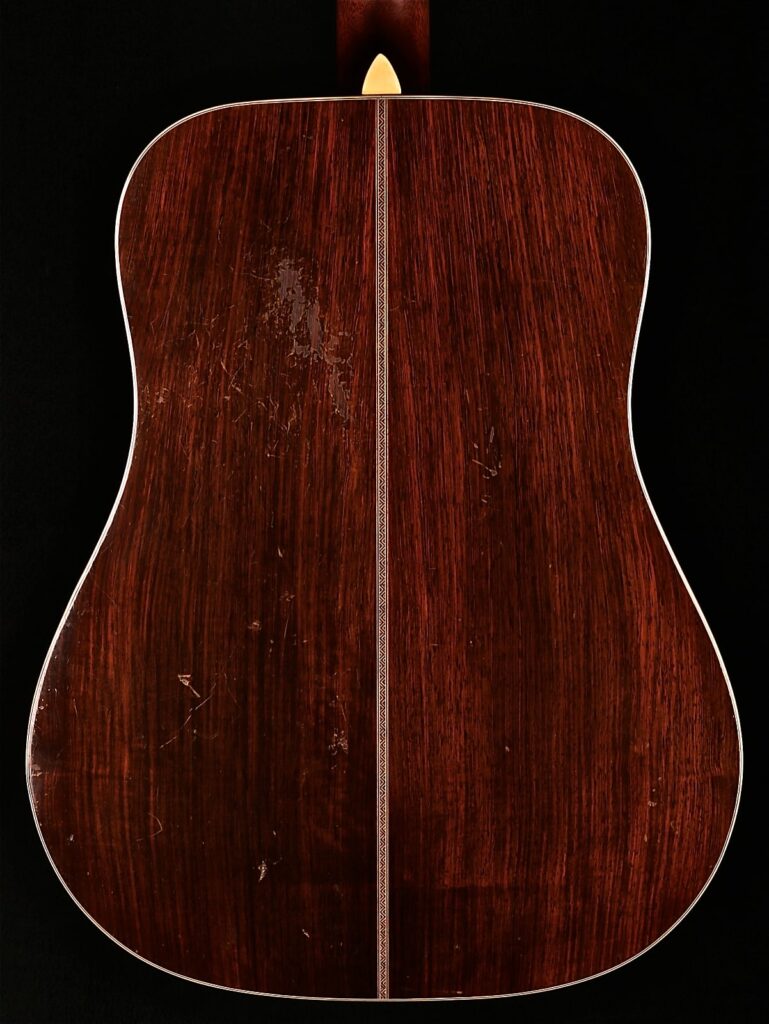 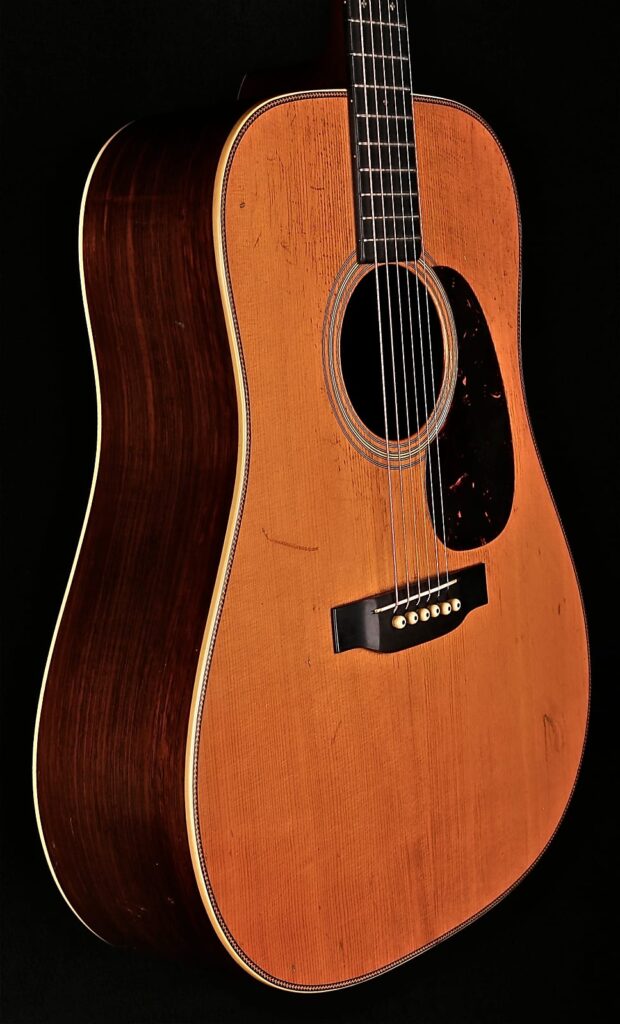 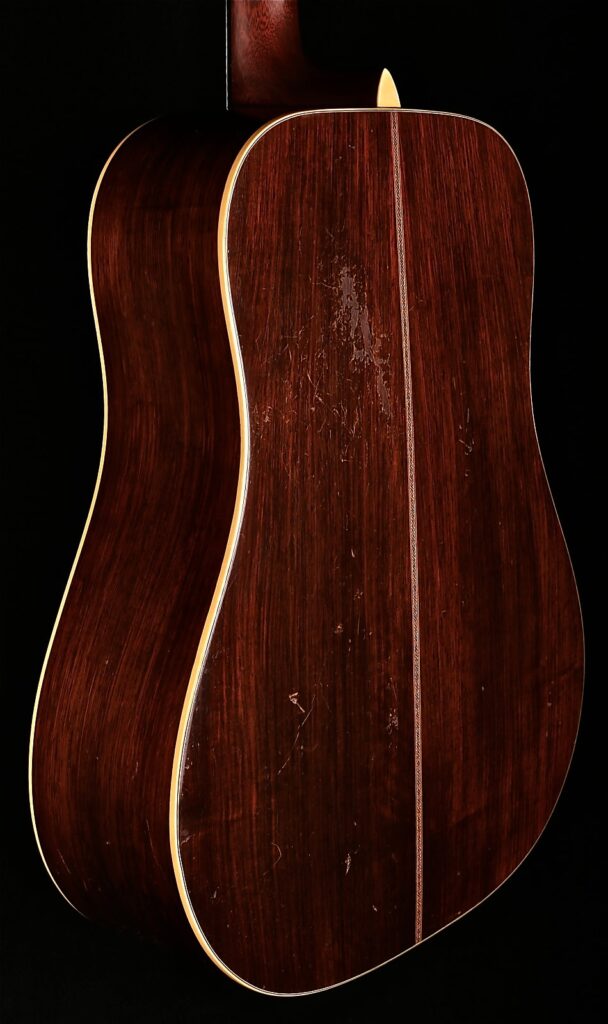 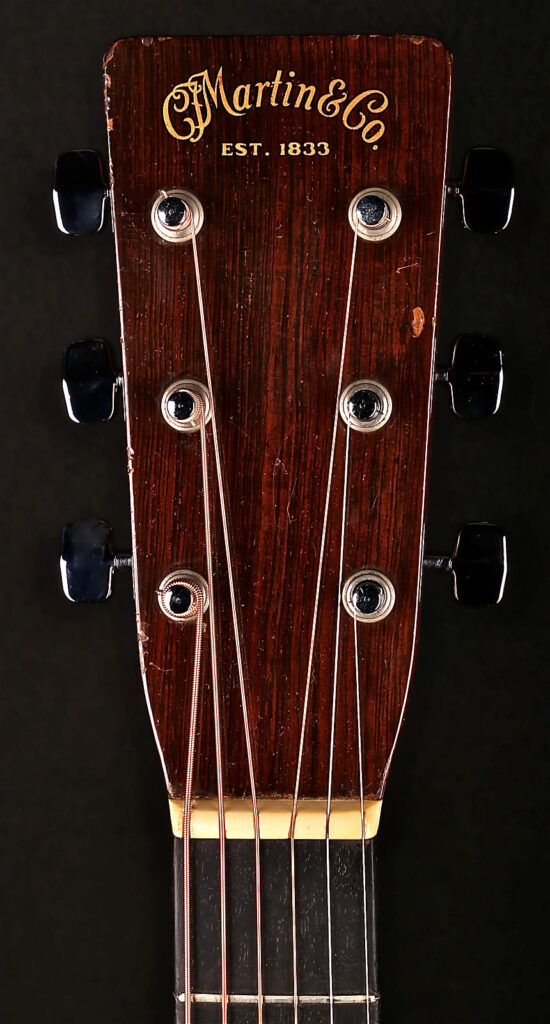 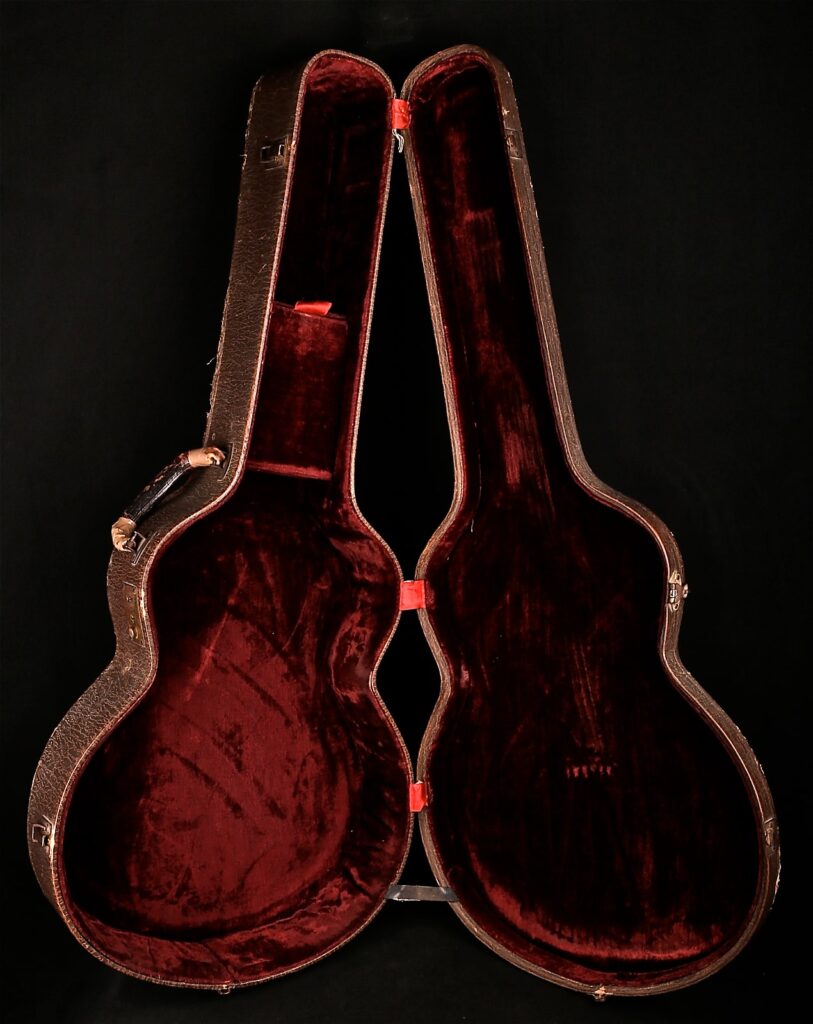 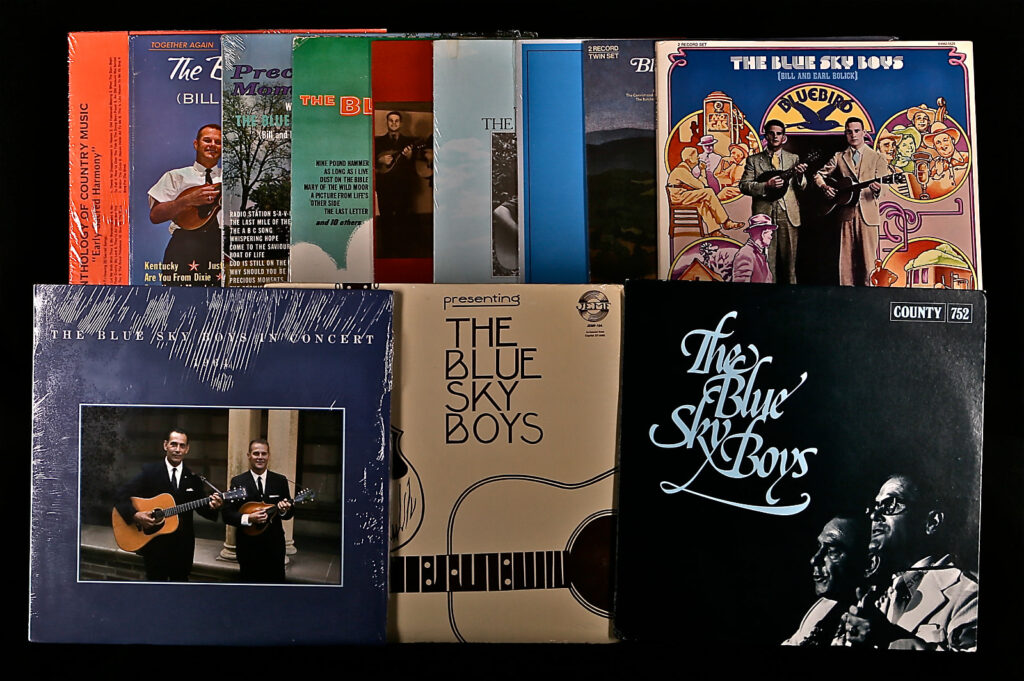