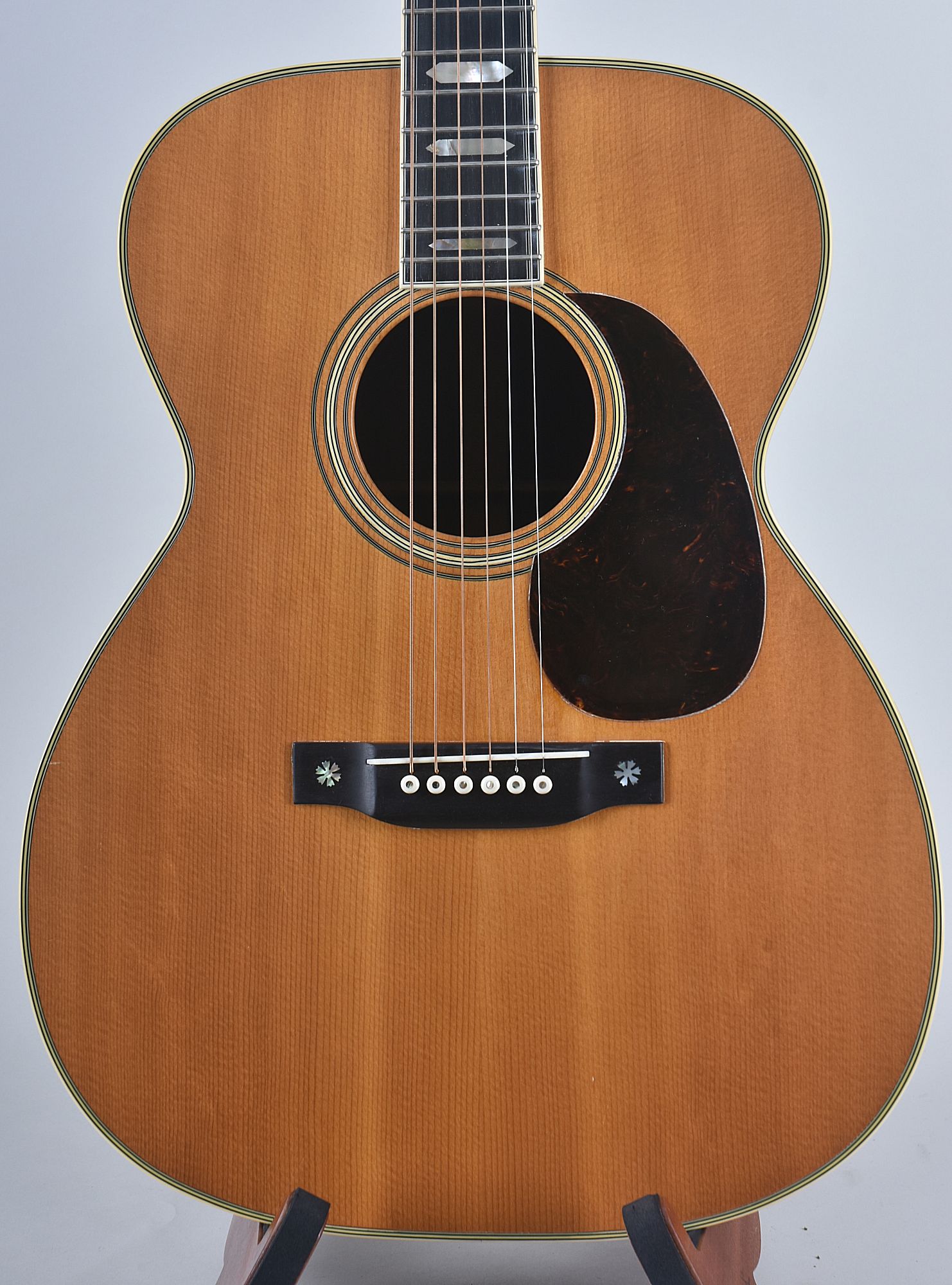 As known by many collectors and dealers, Martin allowed employees to make a guitar or other instrument for their own use using the company's wood supply and machinery. The employee were allowed to buy the wood, tuners and other supplies at cost but were not to put a Martin stamp or decal on the instrument. A number, however, have been seen where the employee signed and dated the guitar under the top, usually in pencil.

This guitar follows that pattern and is signed by Elwood Fries and is dated 1948. The guitar has a few unusual features, even for an employee guitar. The guitar is mostly styled after a regular 000-28 guitar but has what appears to be a surplus F-9 fingerboard and "snowflake" inlays on the bridge, both items left over from the period before 1943 when Martin made fancier guitar. The guitar has a particularly nice back of quarter sawn Brazilian rosewood and a very unusual back stripe.

A Mr. John Fries was recently contacted on Facebook and it turns out he is the grandson of Elwood Fries. He has provided some interesting information on Elwood's life. Elwood Fries had seven children.  One of these was John Fries Sr., the father of John Fries. John queried his father about the guitar and he recognized photos of the guitar as being the instrument Elwood made during his employment. John Fries Sr. also worked at Martin from 1972 to 1982.

Elwood Fries was very pleased how his guitar turned out as he had put a lot of time and attention to detail to achieve his goal of making a "best effort" work product. John Fries added some further comments after speaking with his father, John Fries Sr.:

"After speaking with my dad, I learned that this guitar was his personal "employee guitar". Apparently, each employee was allowed to build their own personal guitar - at cost - from start to finish. These would have been different than a production line guitar as they would normally only work on one part of the guitar in lots of 25. Having this guitar is a great find because only the best of each department would work on the employee guitars. Everything had to be perfect or they would scrap them and start over, which explains why the craftsmanship and quality has held up for so long."

The tuners are Kluson K-324 machines, which were in common use in the factory in 1948. 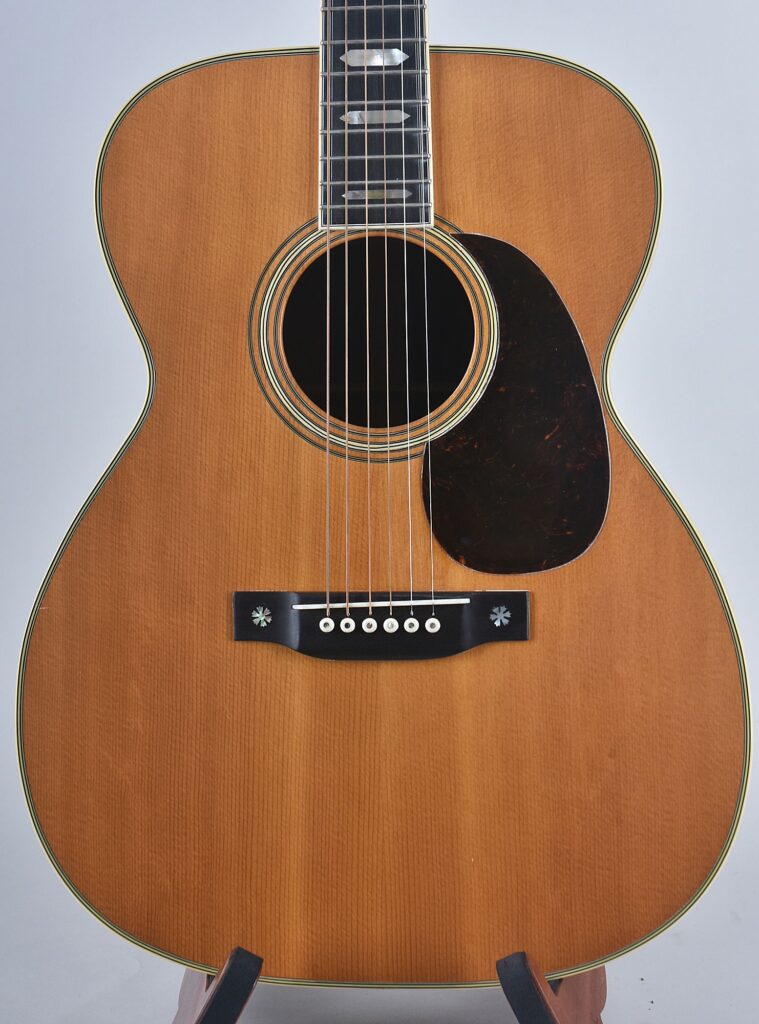 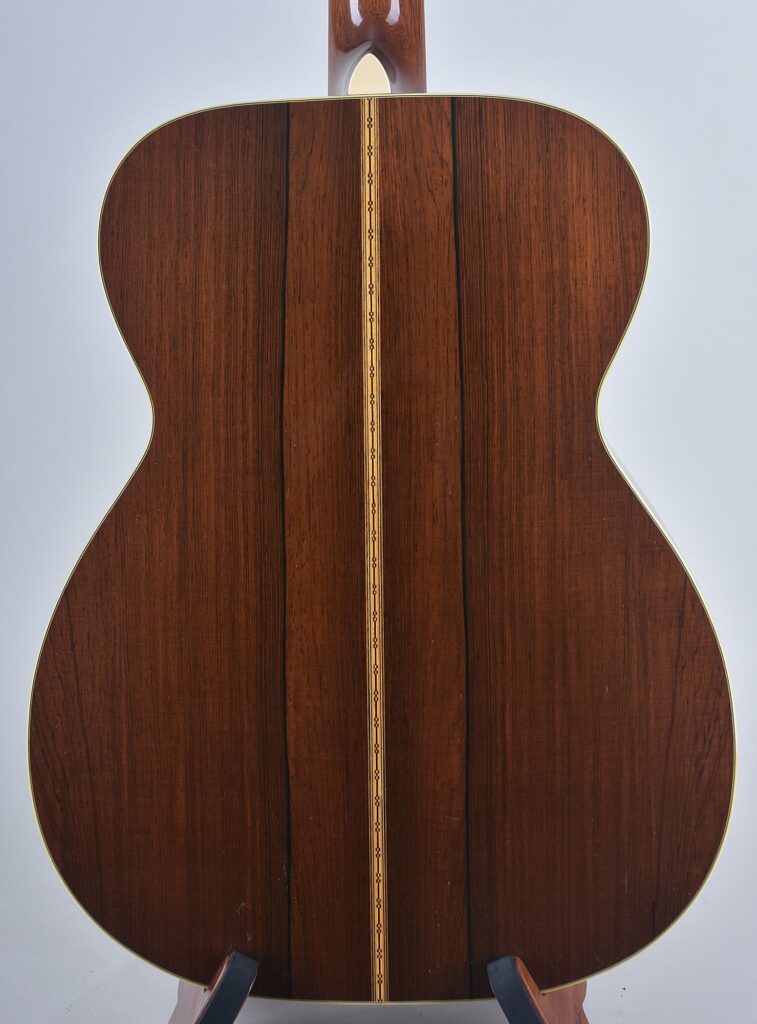