This guitar was shipped to Pearson Piano Co. in Indianapolis IN on March 12, 1934. Another example of a guitar being shipped before the whole batch cleared final inspection. It is not the only example from the batch that were treated this way, some were shipped in early February 1934!
There is an explanation why this guitar was shipped earlier than the rest of the batch. Pearson Piano Co. ordered a OM-28 on January 17, 1934. There were no OM-28 guitars in the January 1, 1934 inventory count (although there were nine OM-45s in stock at $175 each. Oh, for a time machine!). So Pearson had to wait for a guitar from this last batch. As soon as a guitar was out of the finish department it was sent to final inspection and shipped immediately once approved (probably the same day).  There were already a number of backorders for OM-28 guitars placed in late 1933 and early 1934. The earliest orders obviously got precedence, so Pearson didn't get their OM-28 until March.
As a side note, of the nine OM-45 guitars in stock on January 1 1934; one was made in 1931, two were from 1932 and six were made in 1933. The last six had a "C. F. Martin" head stock veneer and the other three had "torch" inlays.
TJ Thompson repaired this guitar in late 2020. Repairs included neck reset, refret, new replica bridge, new ivoroid top binding and new old-stock herringbone purfling (both badly broken and crudely repaired). TJ also applied a vintage sunburst finish to the top to help hide the previously repaired top cracks.
A minor catastrophe occurred during the manufacture of this batch as eight bodies being damaged by water. The bodies were replaced but the necks from the damaged bodies were set aside and used again. The new bodies were given the same serial numbers as ones that were damaged even though they were stamped on February 27, 1934, four months after the original shop order.
Close examination of the head stock shows a decal with black edging (second style of decal). If  you check the "Decals" thread on this website you will see that the transition from the first to the second style of decal occurred between serial numbers 54582 and 55678. Since this guitar is slightly earlier than 54582 it should have the earlier type of decal (without the black edging). So this guitar was probably sent back to Martin for repairs at some point.
The tuners are Grover G-98 clipped plate machines with seamed butter bean buttons. 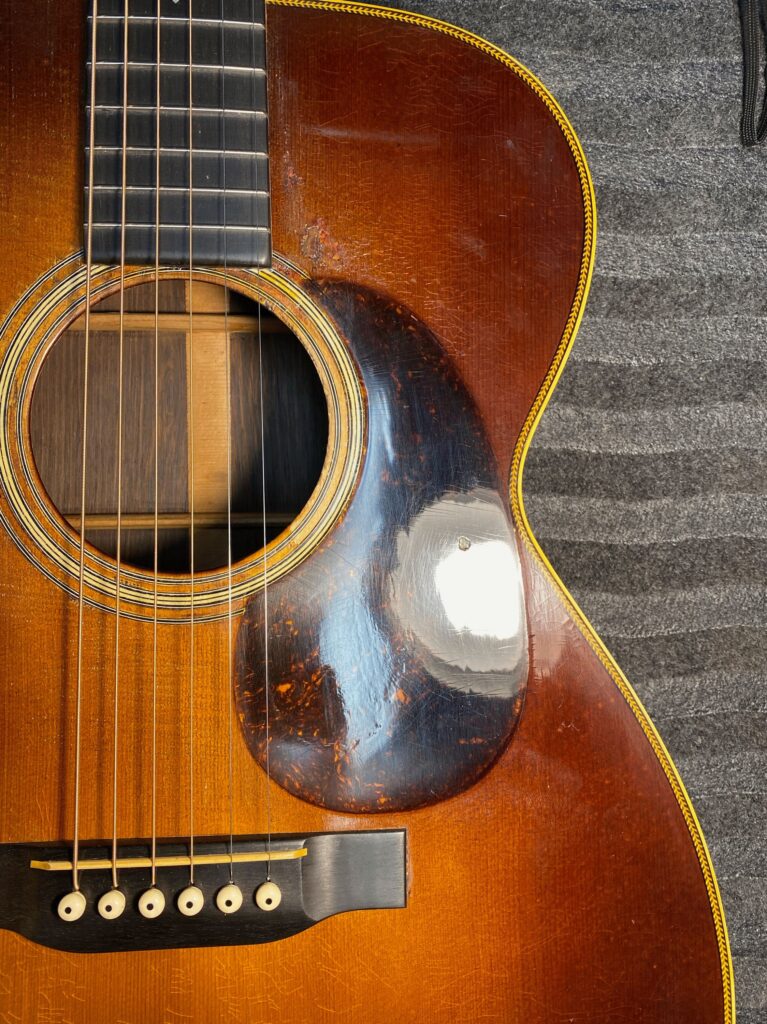 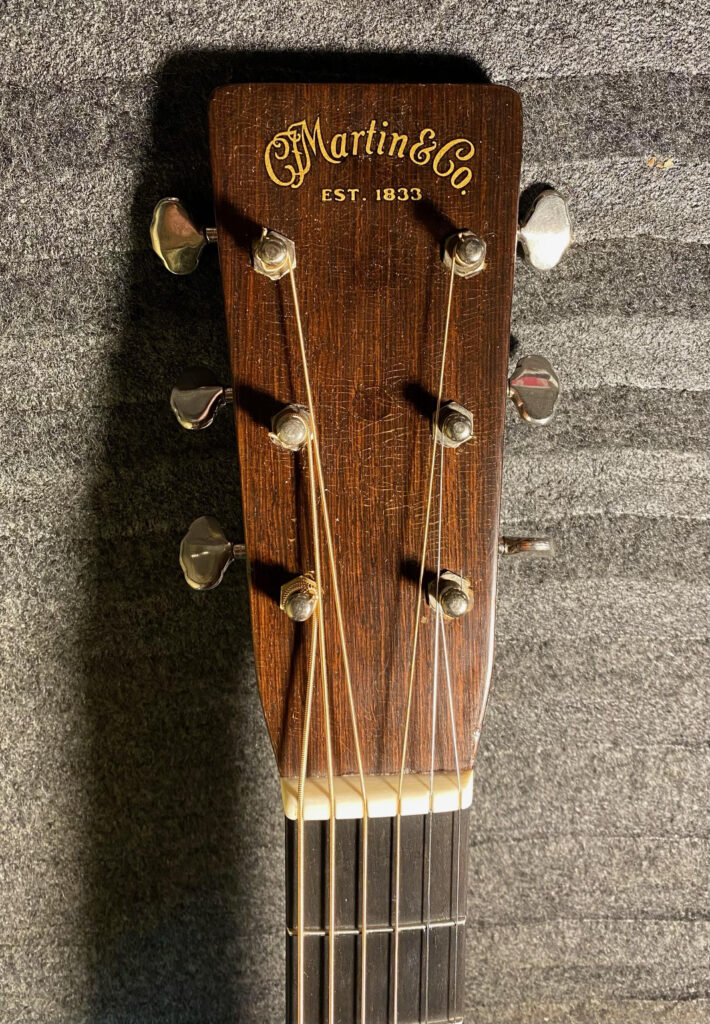