Here is one of the few harp guitars made by Martin in the early 20th century. Serial number 9392 was shipped to Grinnell Brothers in Detroit on April 18, 1902. It was based on the then relatively new 000 size body.

The guitar has ivory friction pegs instead of tuning machines. Wood bushings, into which the friction pegs were fitted, are visible on the back side of the peg head. 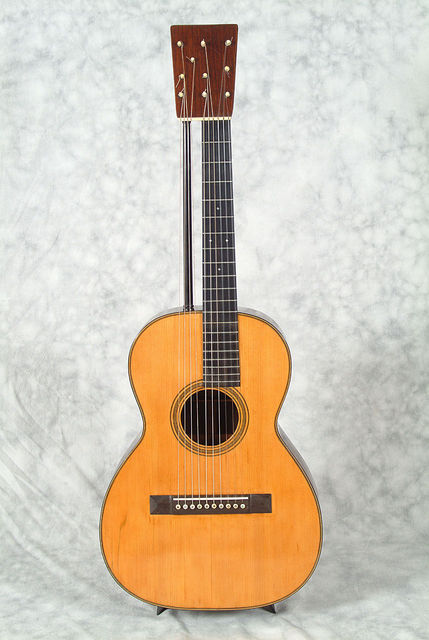 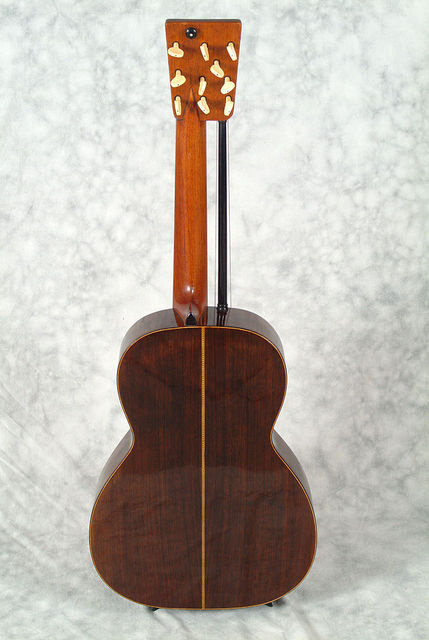 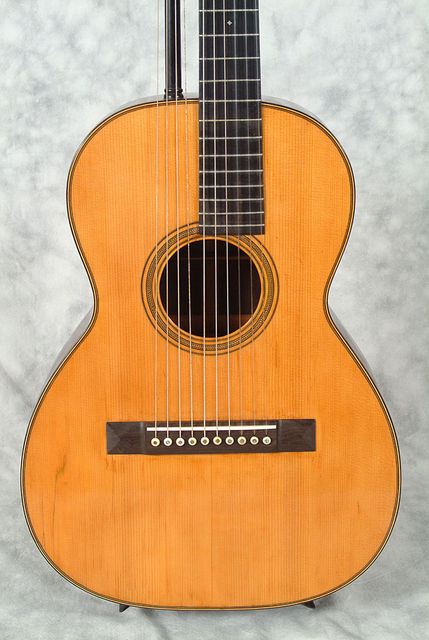 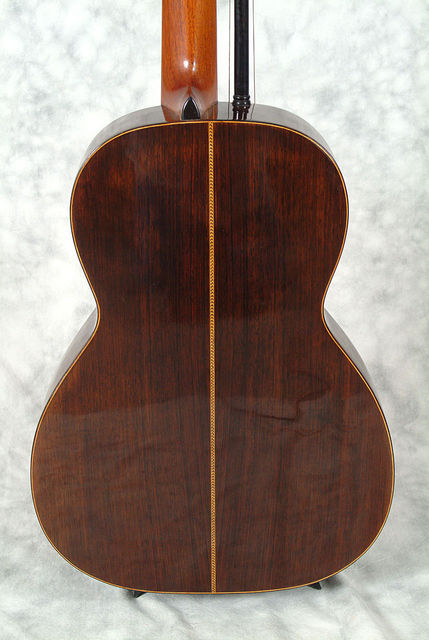 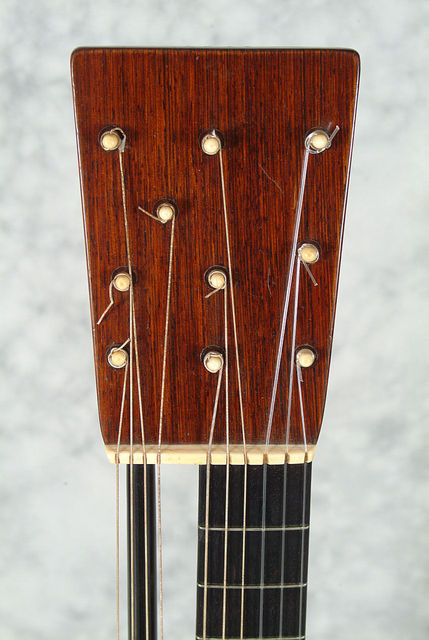 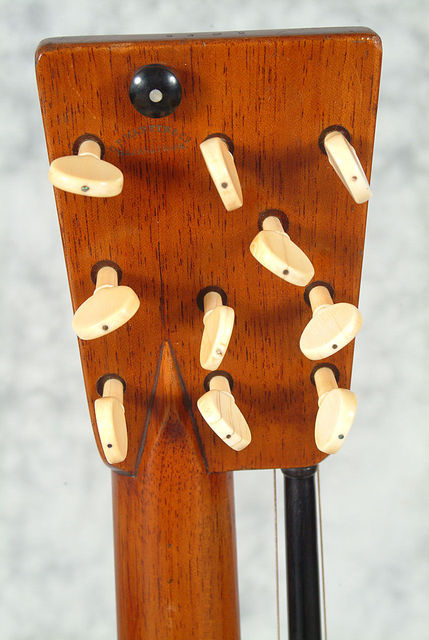 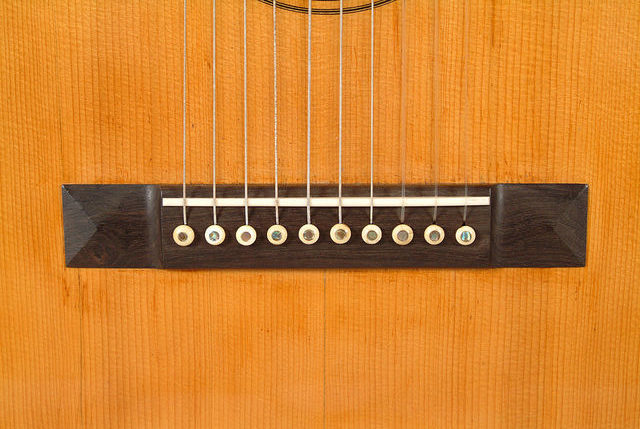