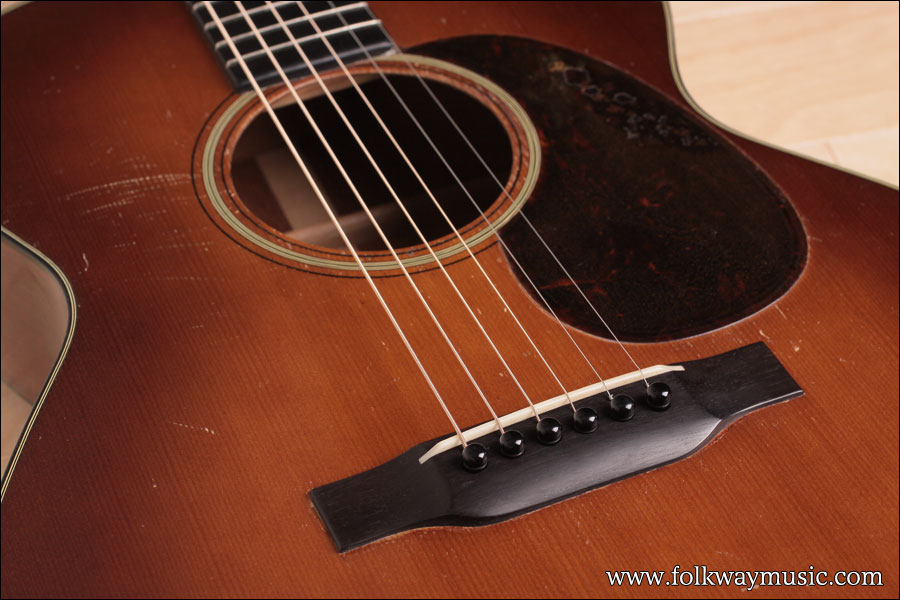 The OM-18 guitars made in 1932 were called "Model 32" and all had a "dark top", in Martin terminology. These are now commonly known as amberburst, honeyburst or teaburst to distinguish them from the later and darker sunburst finishes.

The tuners are modern replacements but shadows of the original baseplates indicate Grover G-98 clipped plate machines were mounted at the time of manufacture.

The decal is the early version, introduced in 1932, with plain gold letters.

This guitar even has the original hang tag! 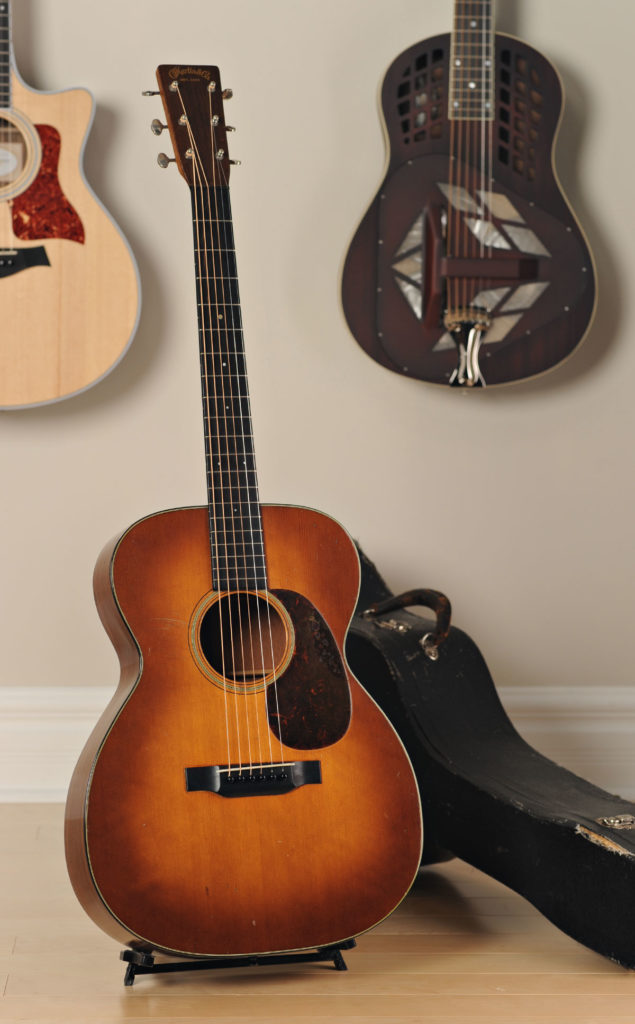 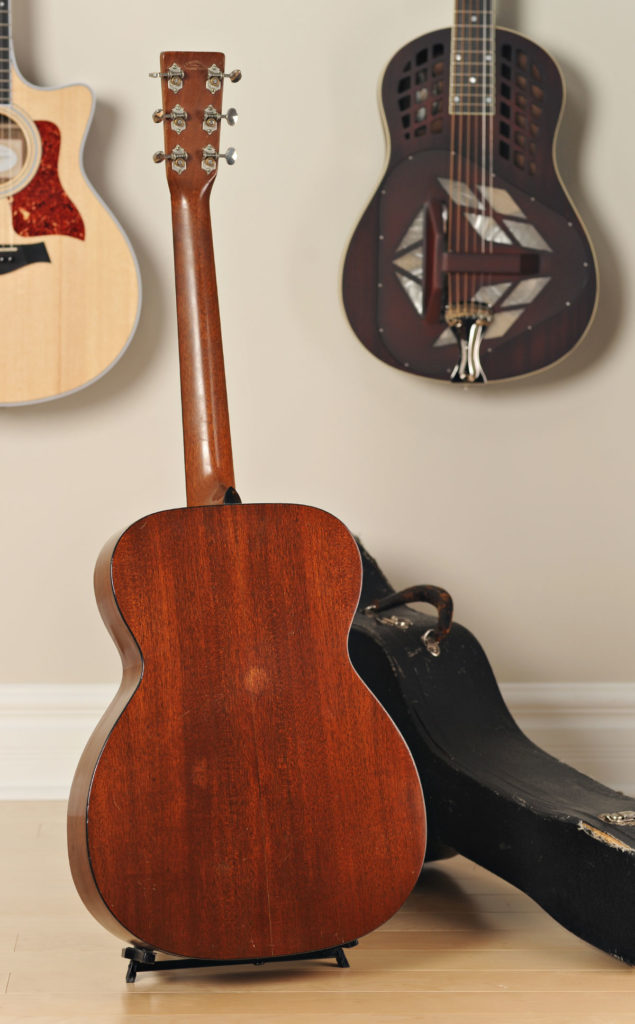 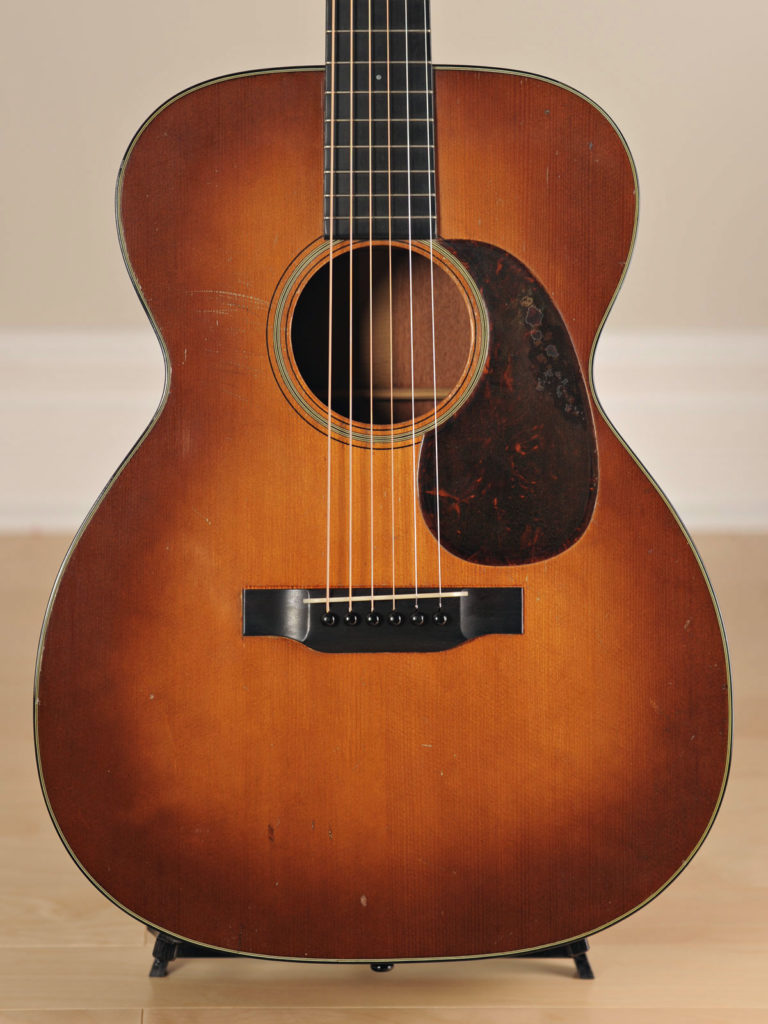 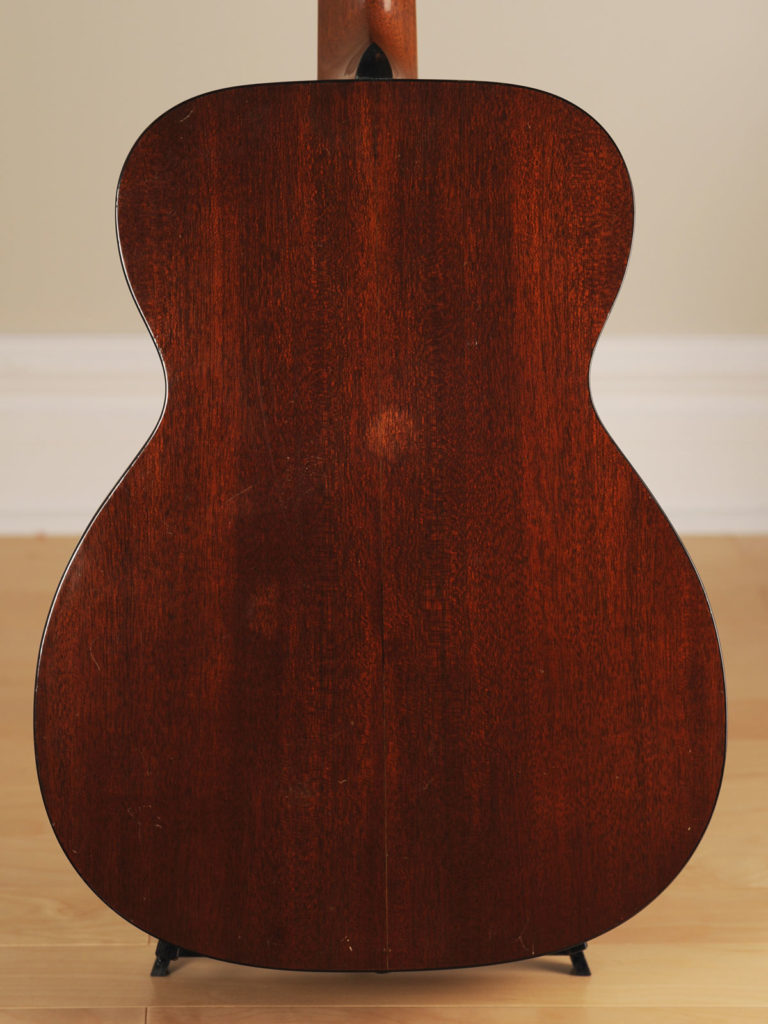 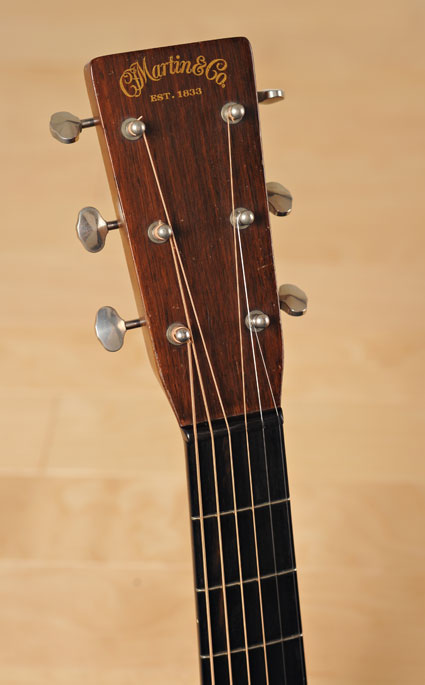 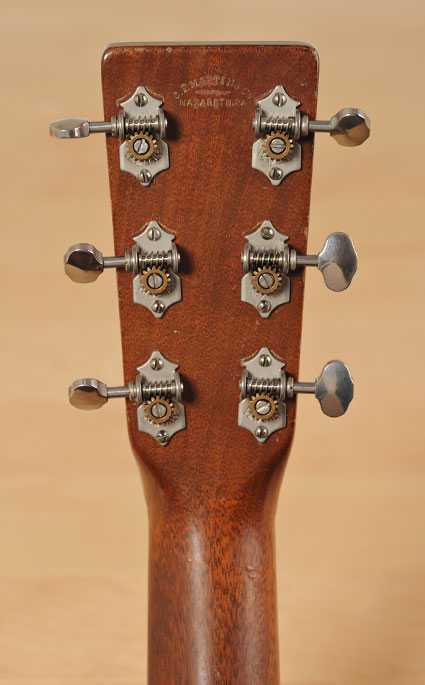 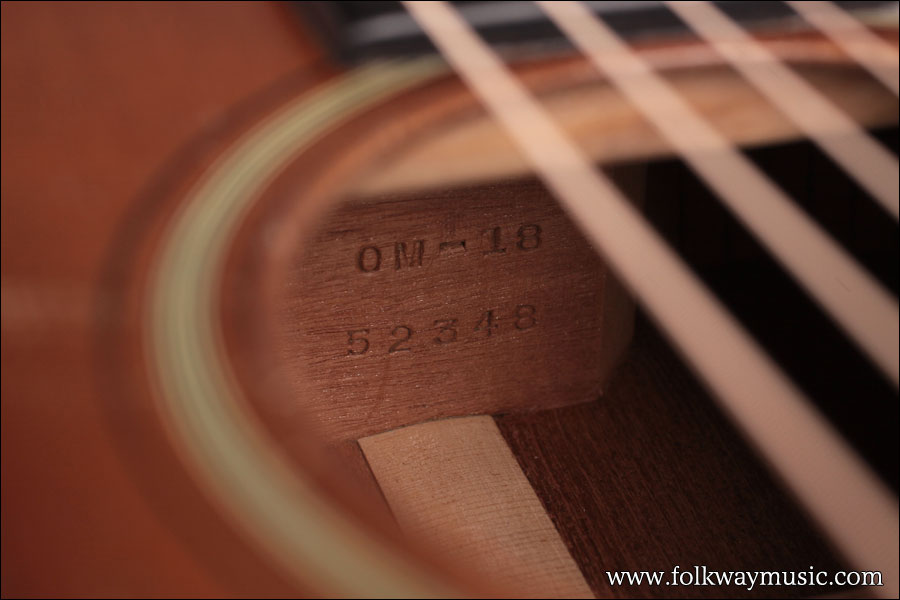 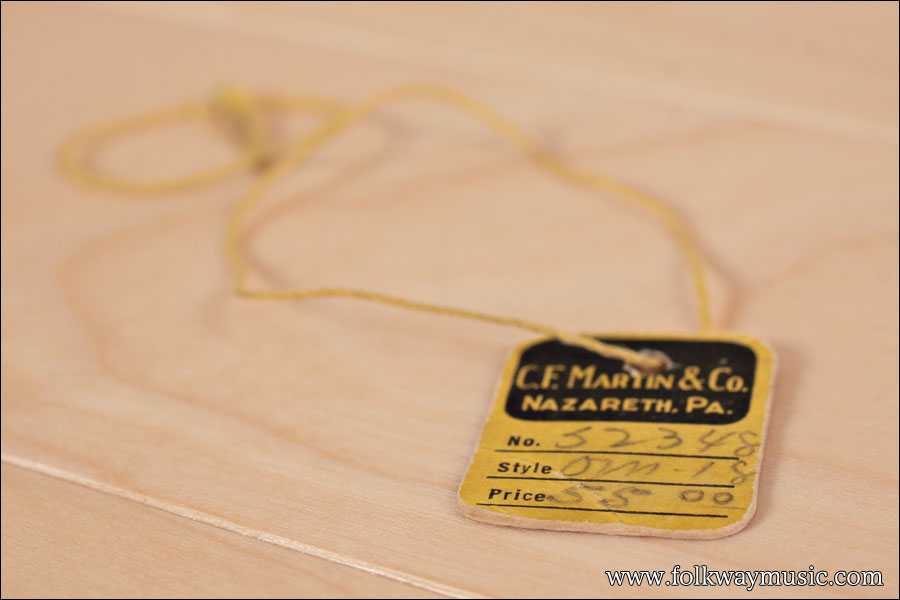 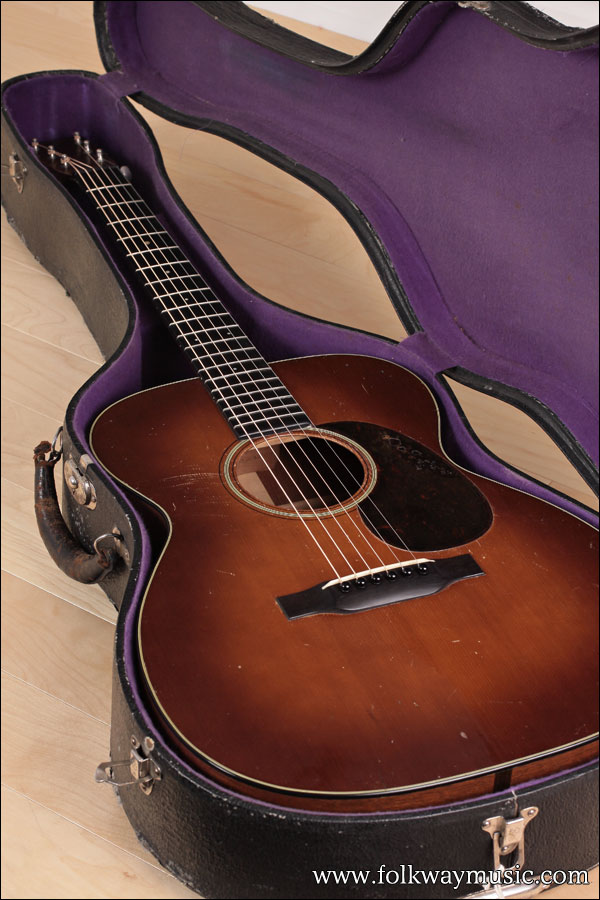