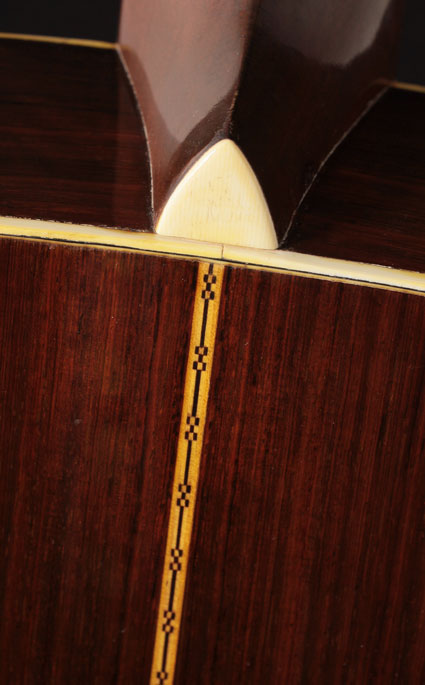 Martin made Ochestra Model (OM) guitars from 1929 to the end of 1933. Beginning in 1934 the OM designation was dropped and these guitars reverted to the 000 designation. (It should be remembered Martin also used OM when referring to 0, 00 and Dreadnought guitars with 14-fret necks.)

However, for a time in 1934 continued to use long scale (25.4") necks on 000-28 guitars. In effect, these could be considered OM guitars. The switch to the 24.9" scale length also coinincided with the change from the ebony neck reinforcement and bar frets to the steel T-bar and T-frets. Of the one hundred-twenty  000-28 guitars made in 1934 a total of 60 had the long scale necks (with ebony neck reinforcement and bar frets).

It will be noticed that this guitar does not have a zig-zag backstripe but a version of the zipper backstripe seen in later production guitars. This would seem to indicate the back had been replaced at some point. However, the zipper backstripe is narrower than usually seen and suggests the repair was made circa 1946-1947 which fits with the fact that back remains Brazilian rosewood. 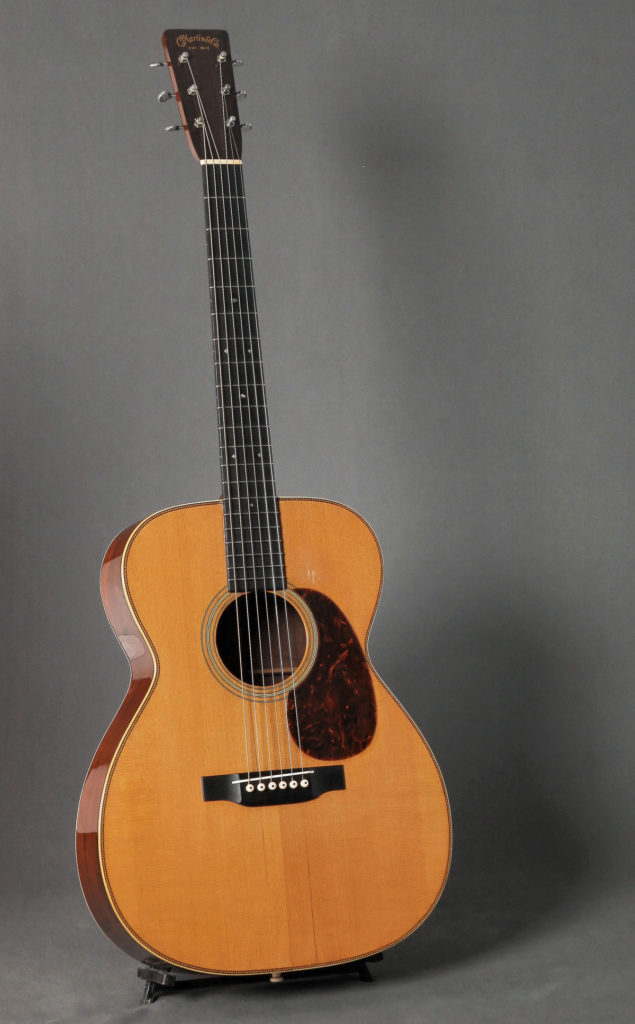 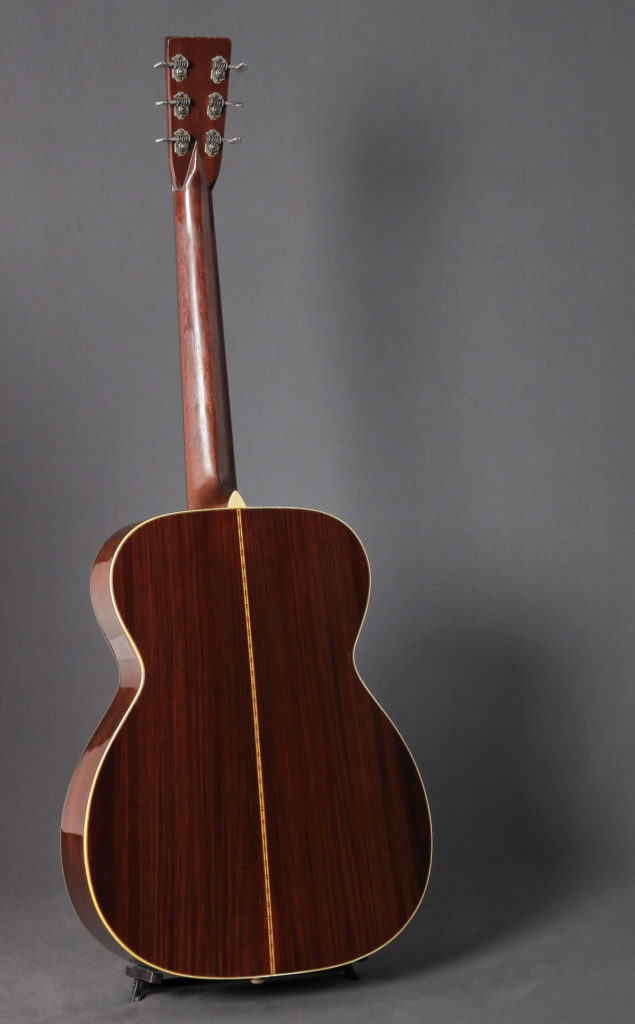 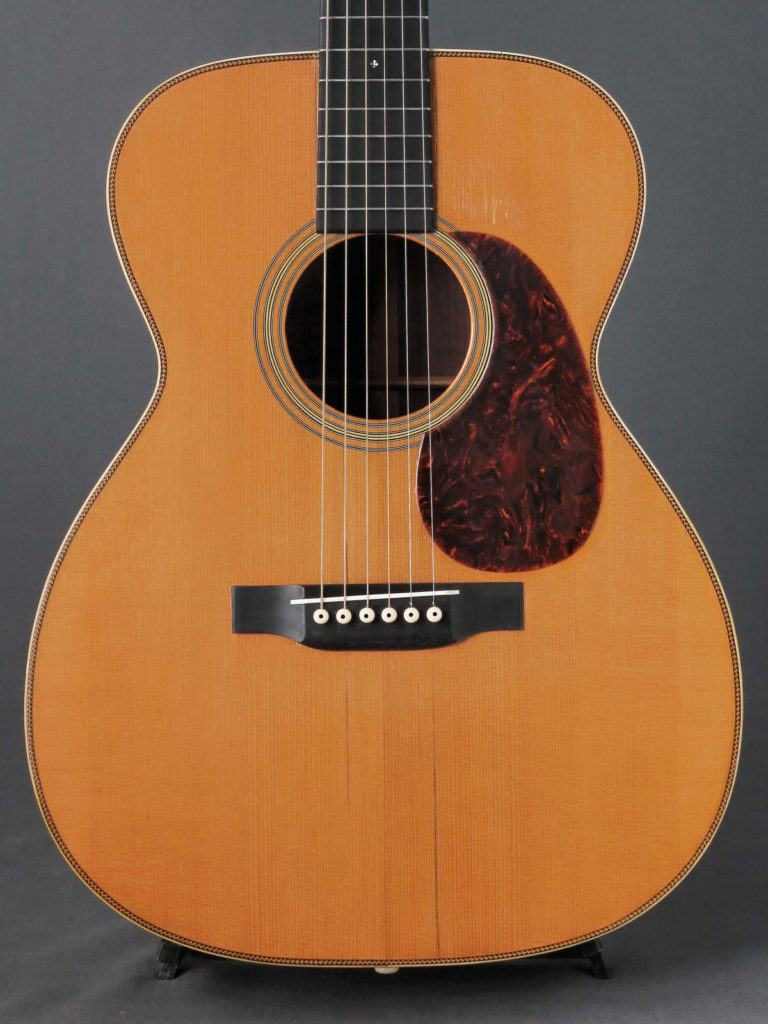 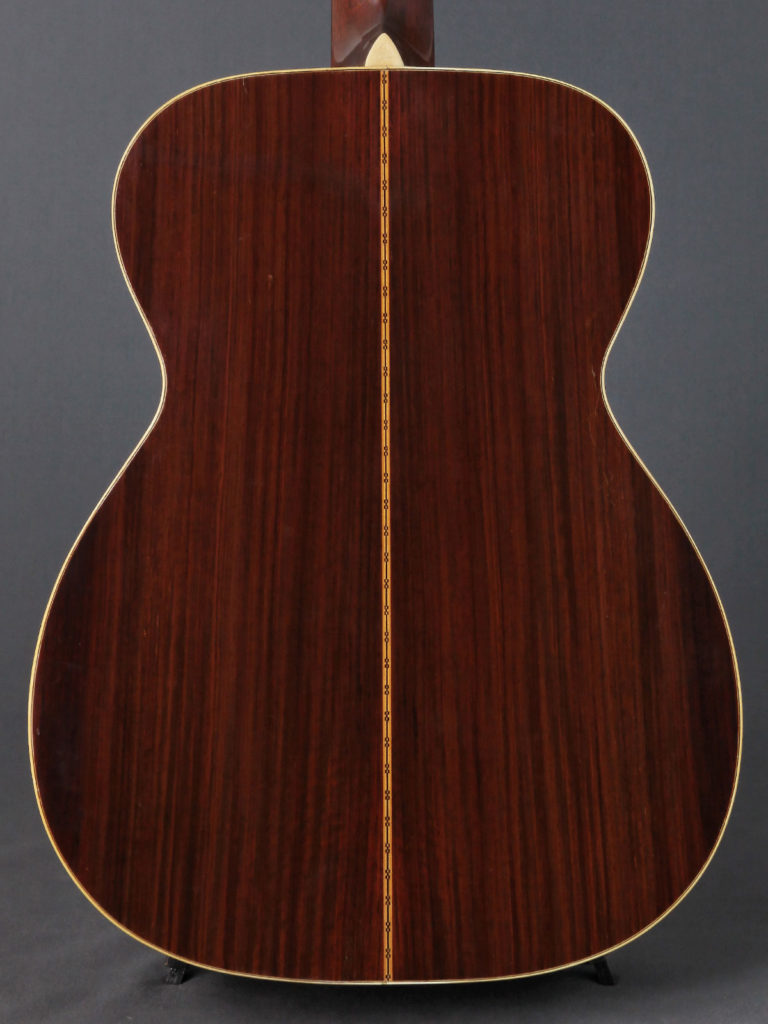 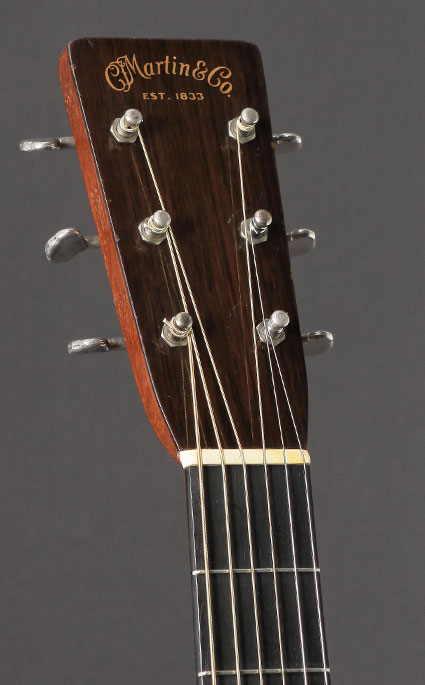 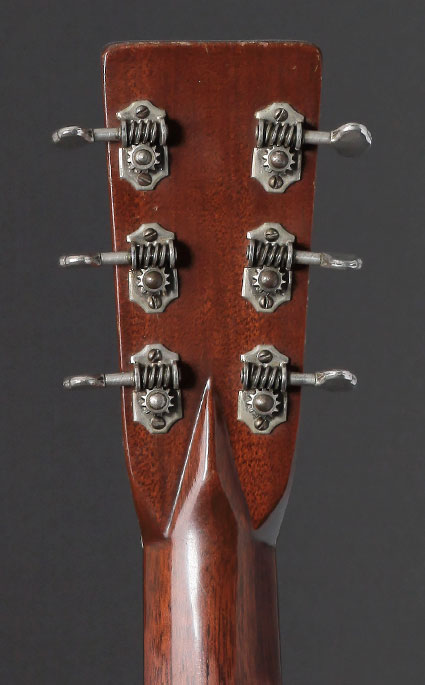 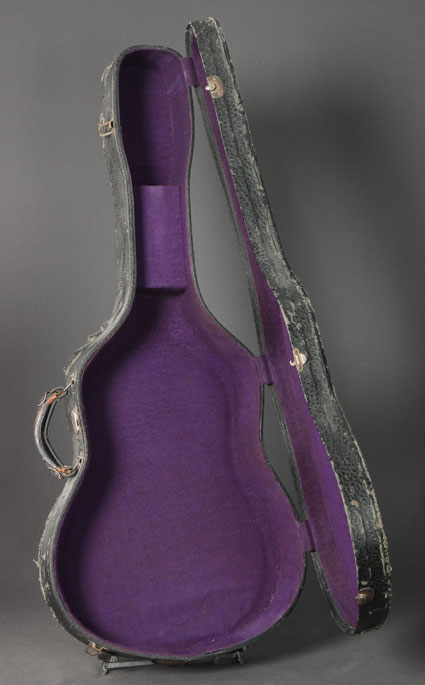 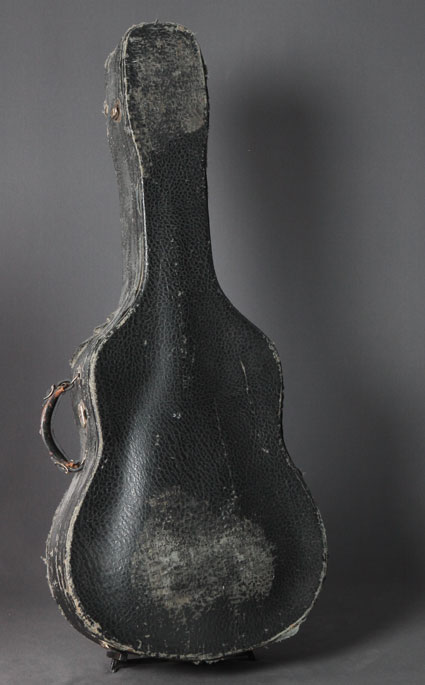